Mexico: Mexicans displaced by violence are among those blocked from safety in the United States

The extreme violence carried out by criminal groups in different areas of the country is leaving thousands of Mexicans without shelter or protection, and many feel they have no alternative but to seek safety in the United States. Mexico is commonly viewed as a transit country or even a final destination for thousands of migrants and asylum seekers from Central America and other parts of the world. But Mexico is also a country of origin for many people forced to flee.

In Ciudad Juárez, Mexican nationals make up more than 20 percent of all migrants, asylum seekers and deported people served by the international organisation Doctors Without Borders/Médecins Sans Frontières (MSF). 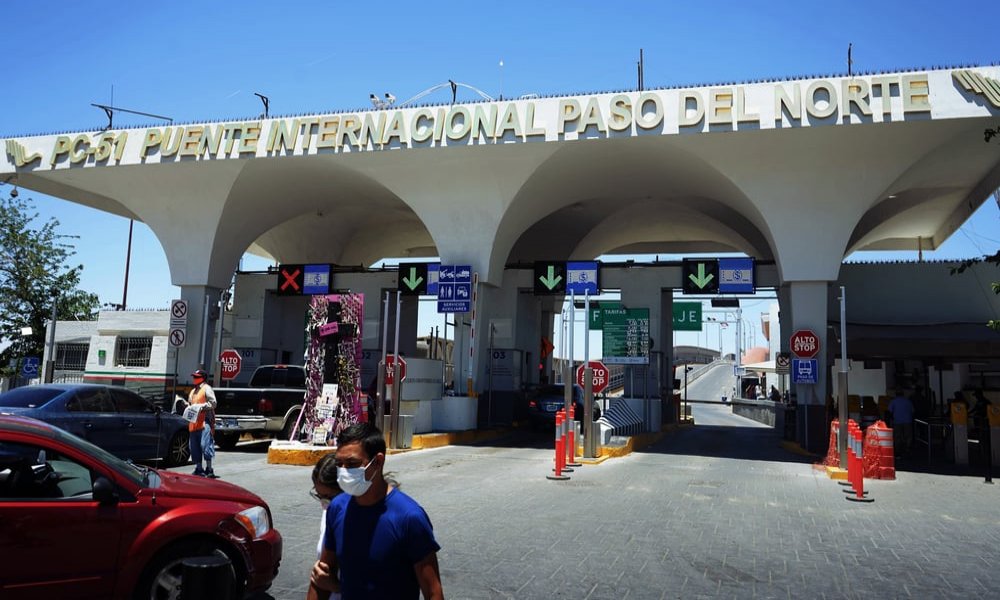 Yesika Ocampo/MSF
The Paso del Norte bridge, in Ciudad Juérez, Chihuahua, is a regular migrant crossing into the United States.

Most come from Guerrero and Michoacán, two states ravaged by violence where MSF also provides assistance.

"The vast majority of our patients have at least one family member forced to migrate to the United States, fleeing bullets, confrontations, forced recruitment, threats and extortion"

Laura Gómez, MSF head of operations in Guerrero and Michoacán

“For years, we have witnessed how violence pushes people to flee. The vast majority of our patients have at least one family member forced to migrate to the United States, fleeing bullets, confrontations, forced recruitment, threats and extortion", says Laura Gómez, MSF head of operations in Guerrero and Michoacán. 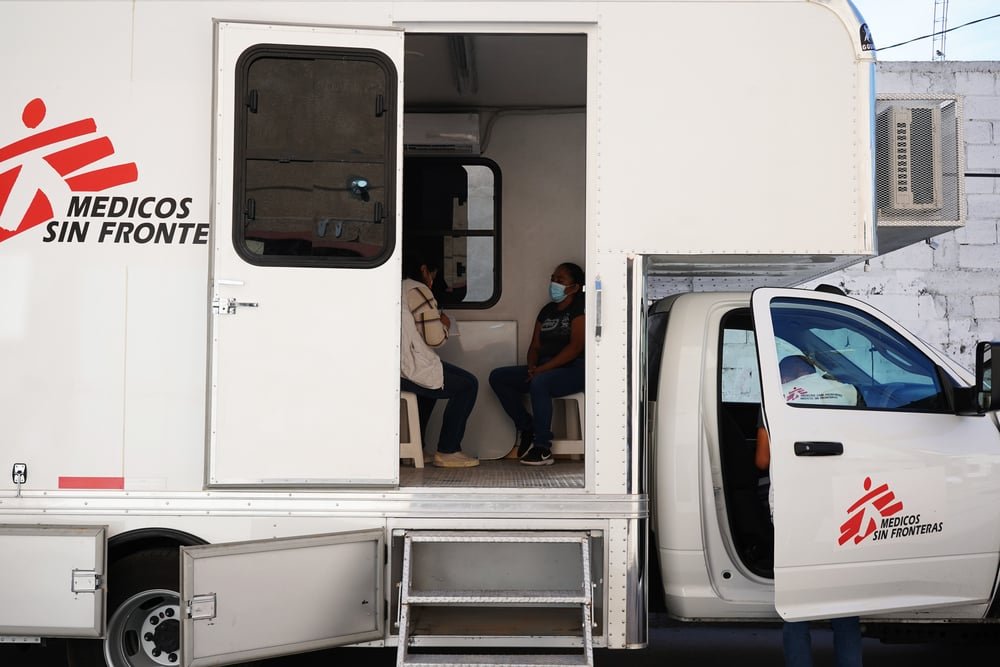 Yesika Ocampo/MSF
Many migrants & asylum seekers have submitted their asylum applications in US courts and have been waiting for months at the northern border of Mexico with no response, exposed to crime & without many options to feel safe.

MSF teams assisting asylum seekers along the northern border of Mexico are seeing more people coming from other parts of the country.

"It is becoming increasingly common to see fathers, mothers with their children, extended families of cousins, siblings, grandparents, or even teenagers who are travelling alone, from different regions of Mexico and who need to start their asylum process in the United States," explains Owen Breuil, head of MSF's migrant programme in Mexico.

"They told me they had to take [my son]"

“It is almost two months since I arrived with my son. We had to leave because of the violence and threats [from organised crime]. They want my son. His dream was to be in the Navy. They found that out, and they came and told us that if he wanted to be a hired gun, he should do it to defend his people," says Julia*, a 40-year-old woman from Tierra Caliente, Michoacán state. 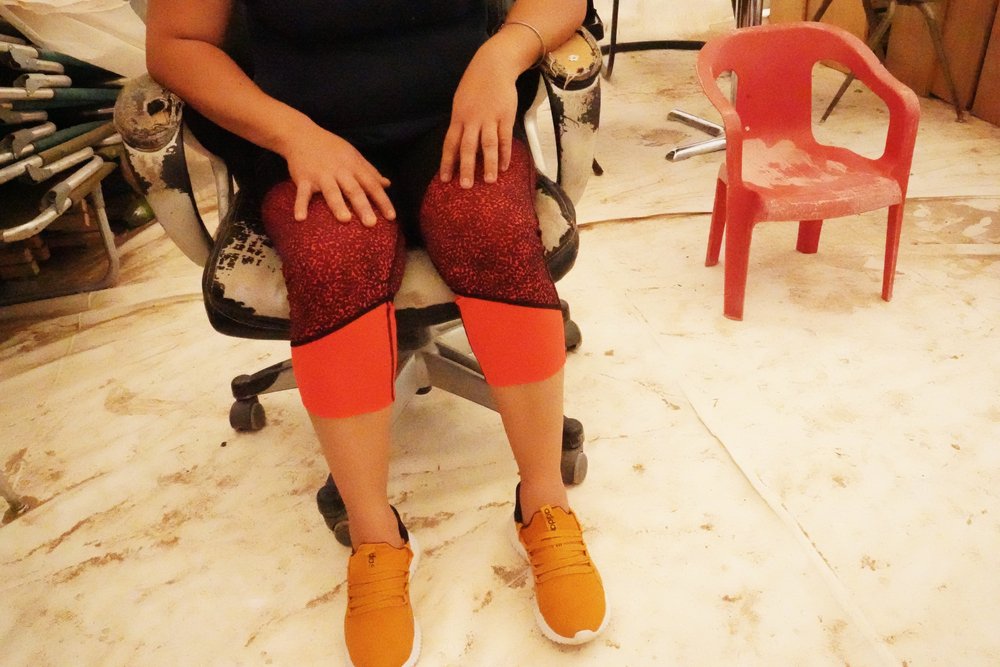 Yesika Ocampo/MSF
Julia, a 40-year-old woman from Tierra Caliente, Michoacán, was extorted by an armed group from her community as she could not pay them, they wanted to recruit her son to serve in their fight against rival groups.

Julia used to run a shop. She lived with her son and supported her parents. One day, some people showed up at her business and asked for 5,000 pesos (US$248) to “contribute to the cause.” 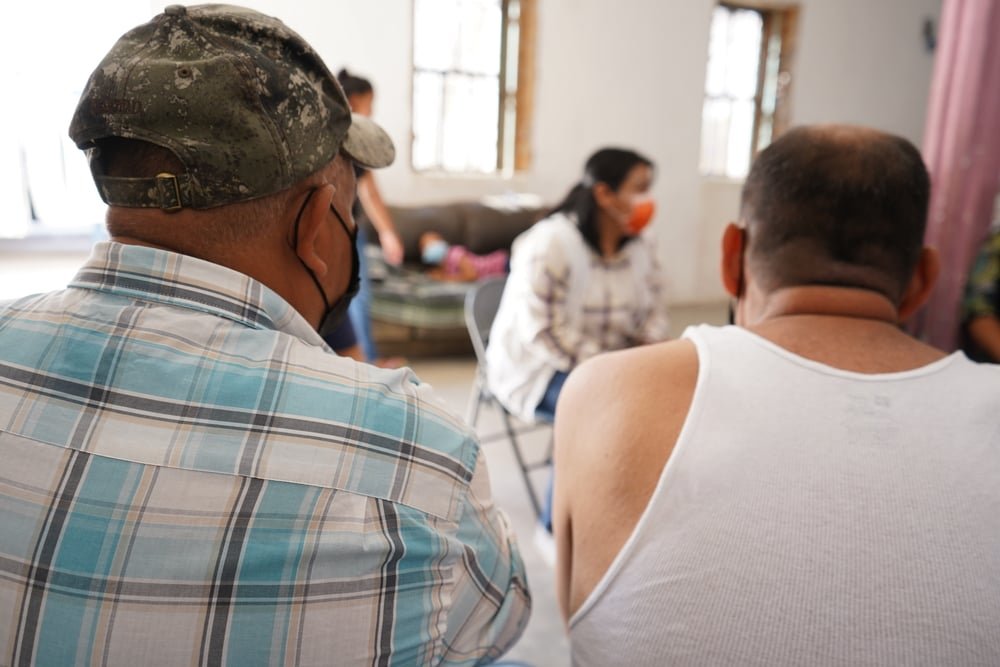 Yesika Ocampo/MSF
Mexican families fleeing cartel violence in the country wait in precarious conditions at US ports of entry for months in the hope of finding safety in the US.

“With the pandemic, my business was affected. I told them I didn't have it, where do I get that money from? Then they told me they had to take [my son]," she recalls.

Wilfredo Pérez Hernández is one of the managers of the Tierra de Oro shelter in Puerto Palomas, Chihuahua, a place that mainly provides assistance to migrants who have been deported from the United States. 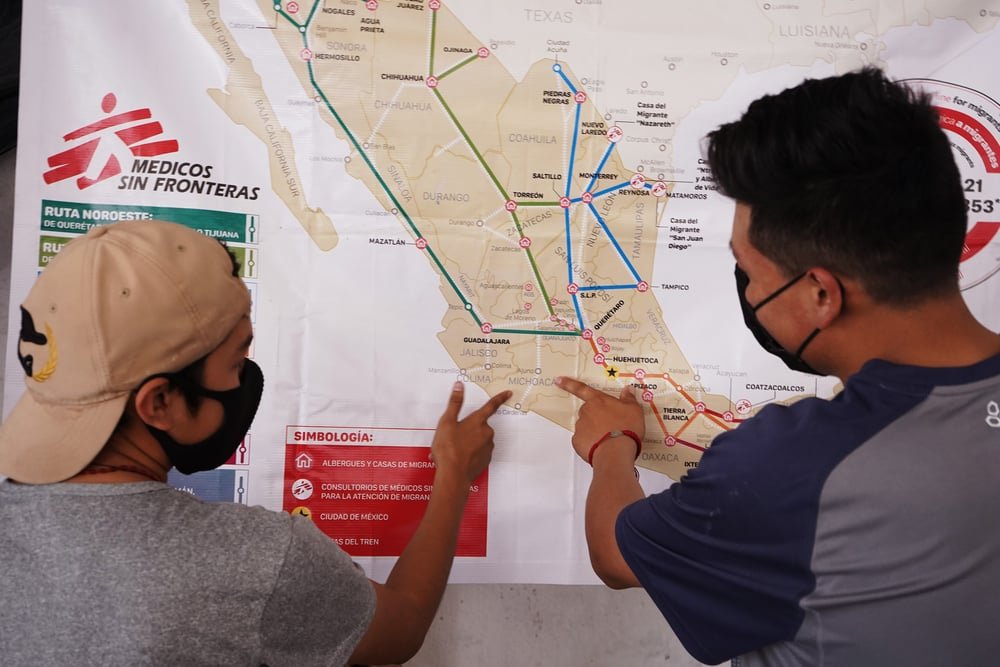 Yesika Ocampo/MSF
Mario and his cousin are two young men from Tierra Caliente, Michoacan, aged 21 and 20. They fled kidnappings and forced recruitment by criminal organizations that operate in their state.

"They are people who were deported in their attempt to cross and are originally from Central America, Brazil, Ecuador, Nicaragua. Currently most of them are people from [other parts of Mexico like] Morelos, Tlaxcala, Guerrero and Michoacán," he says.

“I am from Michoacán. I have been in Ciudad Juárez for a month seeking asylum in the United States, because of crime,” says Mario. 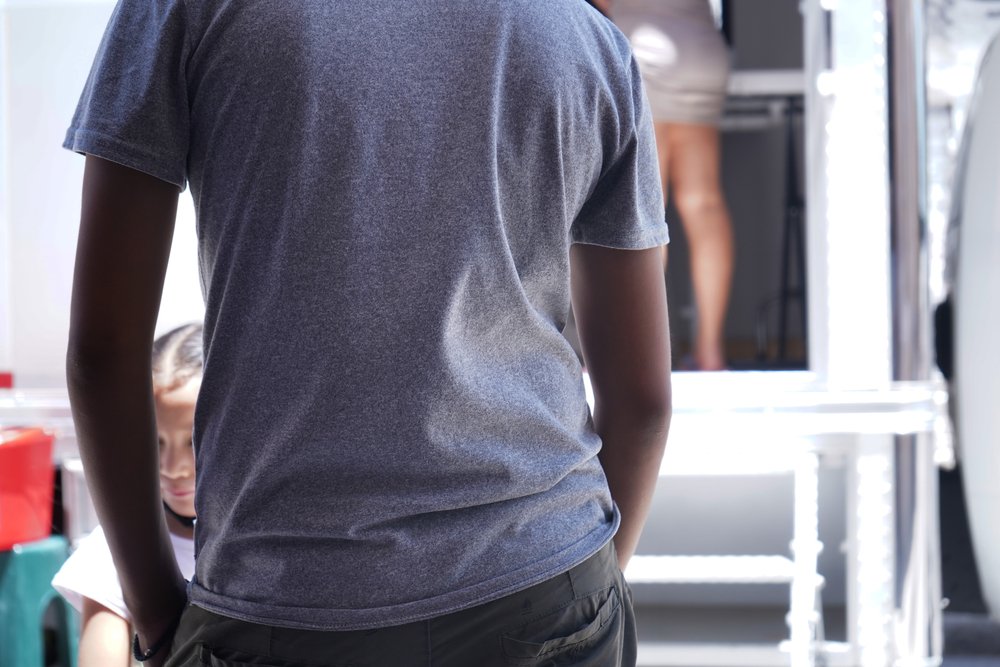 Yesika Ocampo/MSF
In recent months, violence has intensified in different regions of Michoacán. "They are kidnapping us. At night the vans pass by and pick up people," explains Mario, a 21-year-old who hopes to reach Washington to reunite with family members.

“There are new criminal gangs in Michoacán, so there is a lot of insecurity. They kidnap us. At night, the vans pass by and pick up people.”

Mario hopes to be able to reach Washington, DC, where he has family with US citizenship.

"No, right now there is no asylum"

Thousands of people have been stranded along Mexico’s northern border for months due to a US policy known as Title 42, an order first issued in March 2020 that exploits the COVID-19 pandemic to effectively shut out asylum seekers.

"In fiscal year 2020, some 85 percent of Mexicans who applied for asylum in the US were rejected, according to a report by the independent Transactional Records Access Clearinghouse (TRAC) at Syracuse University, in New York"

Even among those few who are able to apply for asylum in the US, the chances of securing protection are slim. 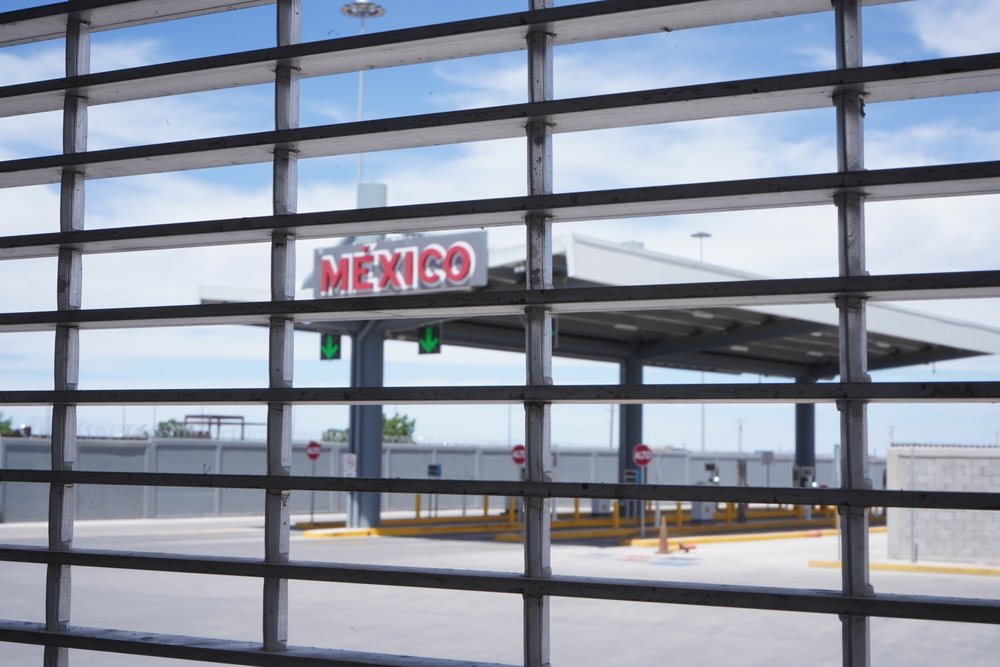 Yesika Ocampo/MSF
Since March 2020, the US government has been using public health reasons to block and expel from its territory migrants and asylum seekers.

In fiscal year 2020, some 85 percent of Mexicans who applied for asylum in the US were rejected, according to a report by the independent Transactional Records Access Clearinghouse (TRAC) at Syracuse University, in New York.

“We left out of fear that they would kill me and my children, because my brother got involved with the criminal gangs there," says Marta*, a 28-year-old woman from Tierra Caliente who was deported two months ago under Title 42, along with her husband and sons. 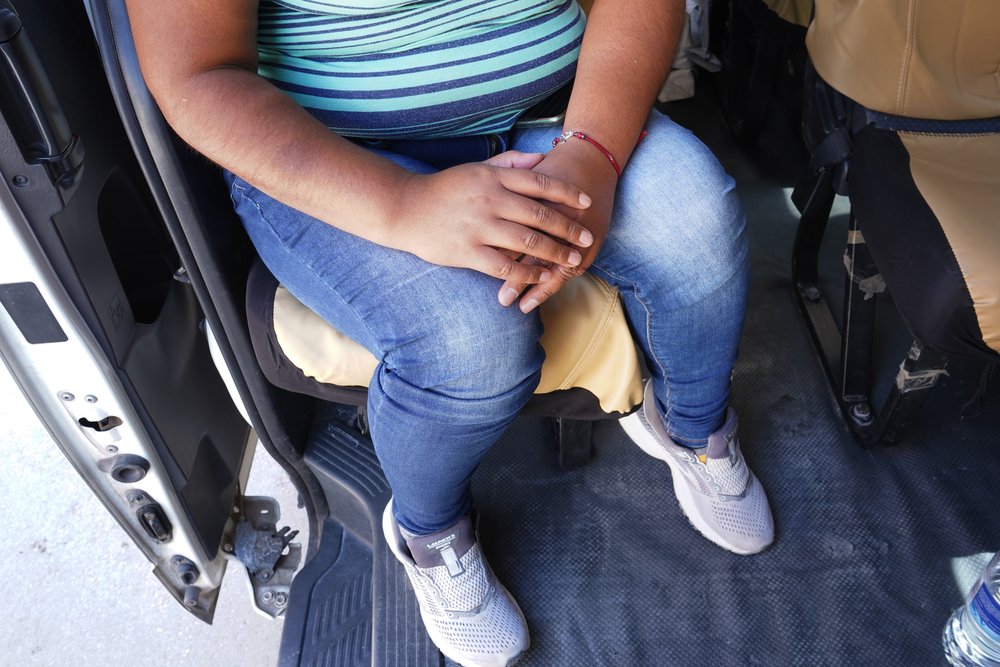 Yesika Ocampo/MSF
Marta was returned with her family to Mexico under Title 42. They had to leave their home due to threats from a cartel. Her intention was to apply for asylum but was returned to Mexico without the opportunity to present her case in US courts.

“We walked for many hours, and just as we were about to cross over we were caught by border patrol. I wanted to go home, but they called me on the phone and said, 'Don't come back, they just killed your sister-in-law.' I thought they were really going to follow through with their threats, and I didn't want to go back,” says Marta.

In addition, many people do not know how to navigate the complex immigration and asylum processes.

“I told the immigration agents to help me, that I cannot return. They said, ‘No, not here.’ That's all they told us. They don't even let you speak. They deny you the right to speak or say anything else to them. They only told us: ‘No, right now there is no asylum,’ ” recalls Marta. 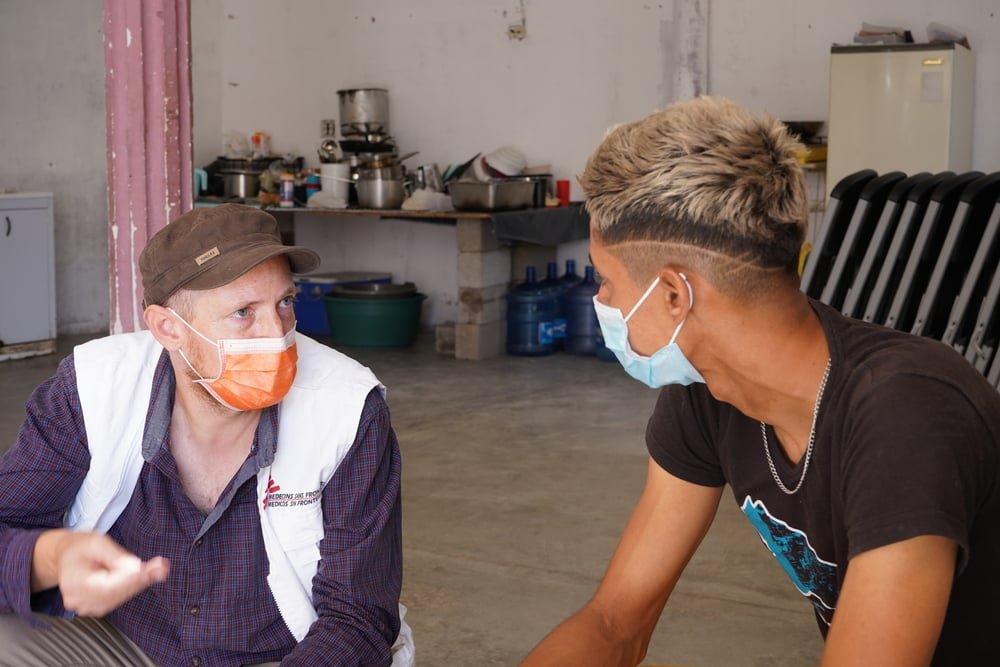 Yesika Ocampo/MSF
Some people who were deported in their attempt to enter the United States and returned to Mexico have suffered violence and extortion by police, immigration agents, and local criminal groups.

Many Mexican asylum seekers who receive assistance from MSF express fear that they are still in danger, especially in border cities where crime is prevalent.

“I am looking for peace, not to feel afraid that they are already looking for me or watching me. At first when I got here, I didn't want to go out. I thought people might recognise me,” says Marta. 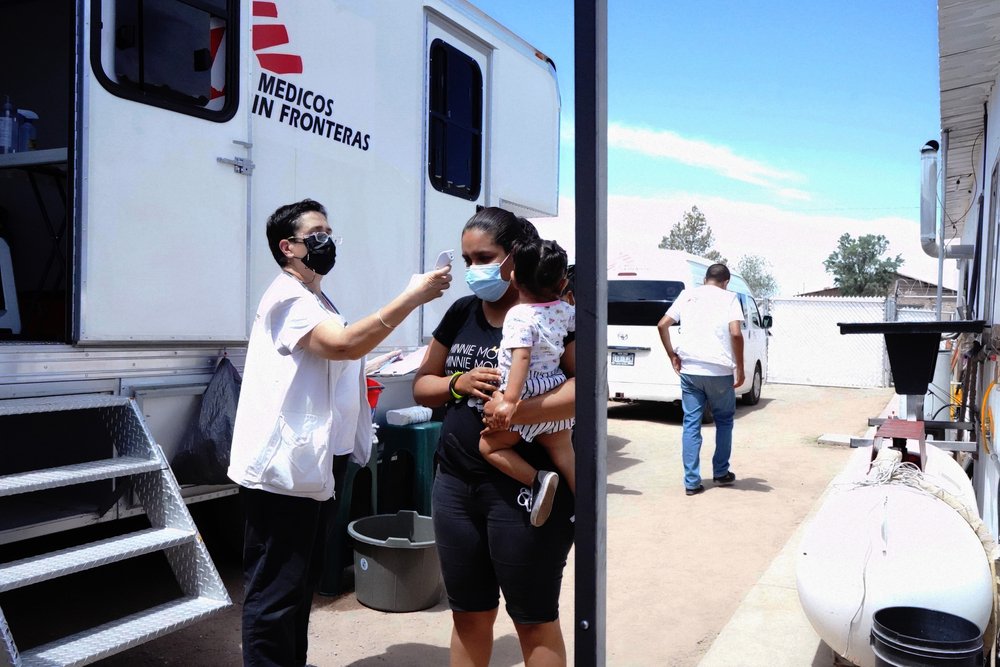 Yesika Ocampo/MSF
MSF provides assistance to people who have tried to enter the United States and were deported to Mexico. Many of them arrive with swollen feet, fractures or dehydrated.

“They suffer from anxiety, constant worry, excessive fear that is reflected in insomnia, lack of appetite, irritability and isolation, which affects their personal relationships,” he says. 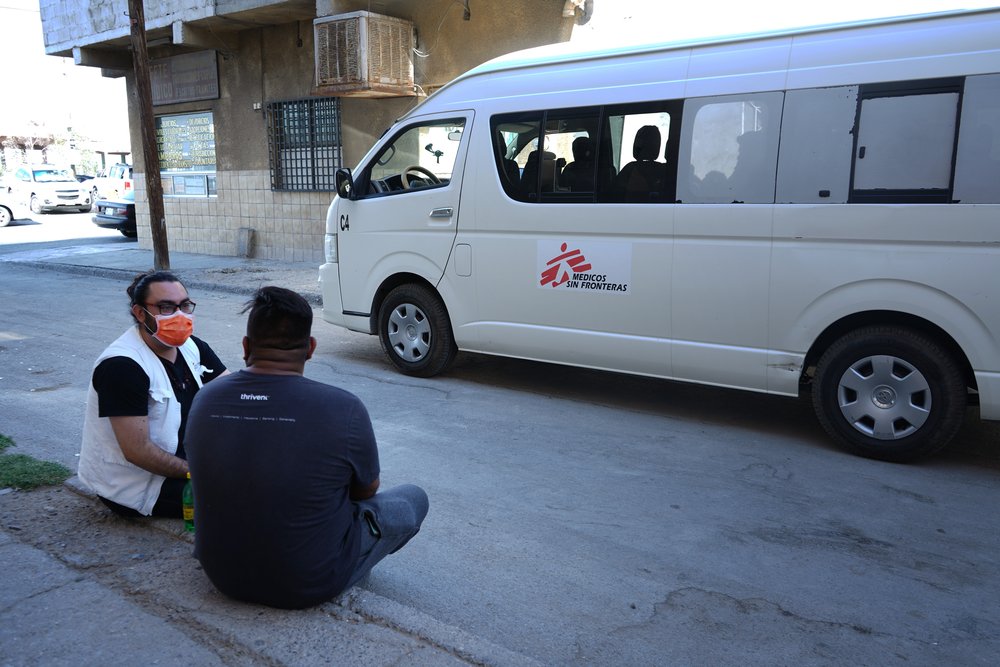 Yesika Ocampo/MSF
An MSF psychologist provides mental health care to migrants & deportees a few steps from the wall with the US. Unaware of the legal asylum processes, fear, anxiety and depression persist among his patients.

“There are worrying cases, where these emotional disturbances have come to alter the functionality of the patients, and a general feeling of hopelessness persists."

Julia, the shopkeeper who fled two months ago to protect her son from being taken by the gangs, is still waiting for answers. 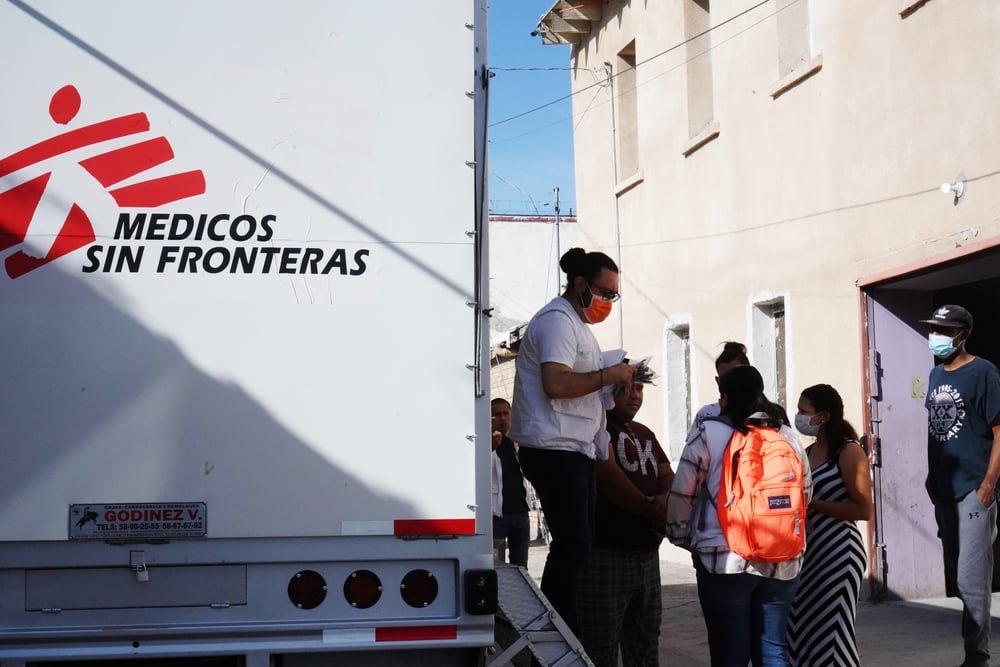 “I think my future and that of my son are uncertain, because since we completed the asylum application they have not told us anything. We have seen other people of other nationalities leave, but they have not said anything to us,” she says.

“They say that the asylum [process] is going to be stopped again—and if we do not cross soon, we will no longer be able to.”