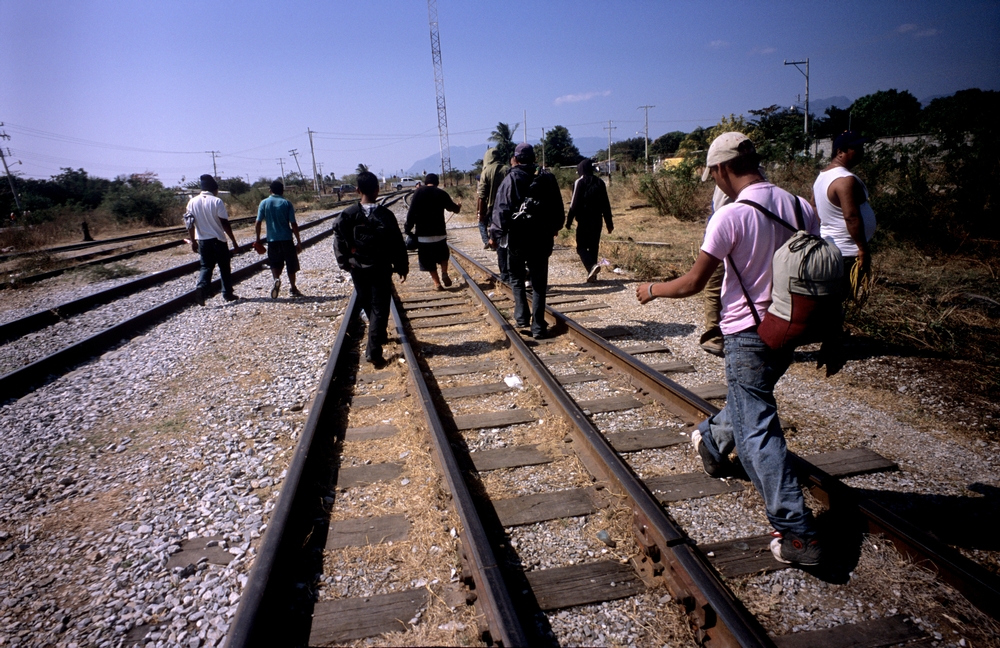 Mexico: "Violence is ever-present throughout their journey"

MSF's medical coordinator Emiliano Lucero has just returned from Mexico after working there for a year.  He describes the challenges the organisation faces in the country and the populations MSF is assisting: migrants travelling from Central America to the US; people affected by Chagas from Oaxaca State and those affected by urban violence in a neighbourhood of Acapulco.

Why is MSF working in a country such as Mexico?

Regardless of the resources Mexico has as a country, part of the population has to directly endure situations of extreme violence and finds it difficult to access the health system.

Criminal organisations operating in large parts of the country  use methods and strategies that have serious medical and humanitarian consequences for the population. MSF seeks to address these medical and humanitarian consequences as well as to bring about changes and to further engage institutions bearing in mind that Mexico has a health system that theoretically has the capacity to respond to these needs.

What are these consequences?

On the one hand, there are direct consequences of violence such as killings, injured people, sexual violence, forced displacement, kidnappings, disappearances, trauma, torture and psychological consequences. And on the other hand, access to health services is impaired.  Emergency services are overwhelmed, promotion and prevention programmes have been suspended and health facilities are no longer operational due to a lack of trained staff.

What is the profile of the migrants and why do they leave their country?

MSF
Most of them are Central American young men travelling alone and who are physically fit as this is essential to embark on this journey. Yet there are also families, women and even unaccompanied teenagers and children.

Most of them admit they are migrating to flee violence in their countries of origin. Marginalisation, discrimination and lack of opportunities are compounded by exposure to violence (threats and recruitment by street gangs), triggering the decision to migrate. Their aim is always the US and they embark on this journey because what they are leaving behind is worse.

What do they tell about the journey?

Their stories reveal suffering. Violence is ever present throughout their journey that may last up to two months. When they travel by train, which is the means of transportation they use in Mexico, sometimes they are attacked by criminal gangs. These search them, remove their clothes, beat them up and steal their belongings.They are tortured and ill treated.

There are also cases of rape, of both women and men. There is a lot of sexual violence but as it is a taboo subject finding the cases is not easy.

What are the pathologies they suffer from?

We see pathologies derived from their journey such as blisters or fever, or injuries caused when they fall off trains such as fractures or amputations, or due to attacks or kidnapping. All this physical violence, whether they are victims or witnesses, has a psychological impact, too. And there are also diseases such as dengue or malaria when they cross endemic areas.

How do we manage to provide care to a migrant population?

At first, we had two mobile clinics for migrants in shelters. But when we realised that this population is everywhere across the country we redefined our strategy to follow the railway track. We had to be more mobile. Now we have two bases. One is in the centre, in Lechería, where we have a trailer clinic enhancing our mobility. Following the migration route, it stops by shelters, diners, the railway track…since migration routes keep changing, this enables us to move wherever we are needed the most. And then there is our base in the south, in Ixtepec, where there is an MSF clinic next to the railway track where we offer primary healthcare and mental healthcare.

In Mexico MSF is also providing care to Chagas patients. The organisation has recently opened a Chagas project in Oaxaca State. Tell us a bit more about it.

The idea is to hand over our 12-year experience with Chagas to the Mexican Health Secretariat. It is a pilot project where we provide technical support. MSF will not treat patients directly. We are going to train the staff and support the facilities by donating medicines during the first few months of the intervention. The idea is to develop a comprehensive project integrated into the health system in the San Pedro Pochutla municipality, in Oaxaca, to later replicate it in other municipalities.

Are the medicines needed available in the country?

Adrio Bacchetta
The first batch of Benznidazole, the medicine used as a first-line treatment in most endemic countries, has already arrived in Mexico. Yet this medicine is not within the basic treatment scheme, which includes the essential medicines already found at OPD level. The next step is to include it, together with Nifurtimox (usually administered when Benznidazole fails, as it has more side effects), in the basic scheme making it available to everyone in need.

Is Chagas well known in Mexico?

It is a neglected disease. Despite its recent recognition at Health Secretariat level, health centres and health workers as well as the general population are relatively unaware of its diagnosis and treatment.

The first national Chagas diagnosis and treatment protocol led by CENAPRECE (National Centre for Prevention and Disease Control Programmes) and supported by MSF is about to be agreed.

Does Chagas affect the entire country?

There are chinches  (the vector transmitting Chagas) across the country. In the jungle as well as inside and around the houses. The one inside the houses is the most contagious one as it feeds on people’s blood. Even if its infestation and prevalence rates are not known in the area where we are planning to work in, the prevalence among the population might be between 4 and 12%.

And, to finish, you were telling us that MSF is planning to provide care to the people affected by the violence in a neighbourhood in Acapulco - can you describe our work there?

Colonia Jardín is a neighbourhood in Acapulco highly affected by violence where MSF will launch a mental health intervention, working inside primary healthcare facilities run by the country’s Health Secretariat. The challenge is to work with the community, their support is key to being able to do our work within a highly insecure environment.

We will start by sending a psychologist who will support patients through a mental health clinic set up inside the facilities provided by the church, as it is the church that has a good relationship with the community. Then we will scale up the project providing psychologists that will work at the health facilities in place. We will also have a network of community health workers that will provide home-based psychosocial support to families needing direct care and promote mental health across the neighbourhood.