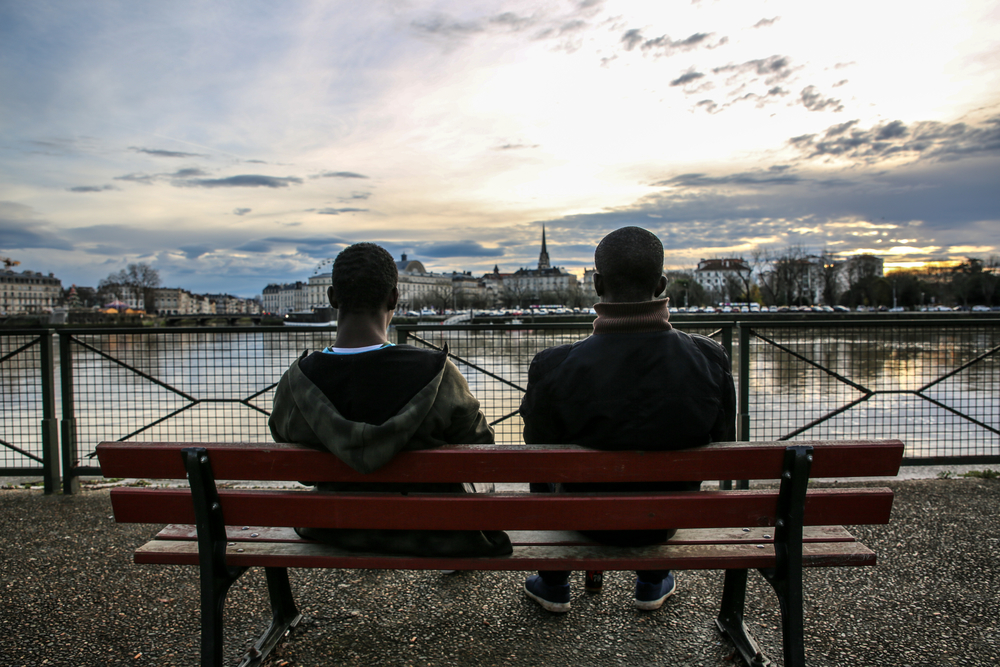 Migrants trapped in relentless cycle of rejection on French-Spanish border

The border between France and Spain has become one of Europe’s main crossing points for migrants seeking to reach France or to continue on to other countries. Médecins Sans Frontières (MSF) teams make regular visits to French border areas to document the situation and provide ad-hoc support to local organisations. In December 2018, the teams went to Bayonne, Hendaye and Irun, in the far west of the French and Spanish border.

Although nearly 1,000 kilometres separate the Italian and Spanish borders in the Basque country, the violation of migrants’ rights and French police methods used near the border with Italy are much the same.

French police deployed on the bridges separating France from Spain routinely turn back asylum seekers, a practice amounting to refoulement (‘forcing back’ in English).

“Once they’re sent back from France, migrants are handed over to the Spanish police who, after a summary identity check, release them at the foot of the bridge that goes from Irun in Spain to Hendaye in France—only a few metres from the border,” explains Corinne Torre, head of mission for MSF programmes in France.

Migrants are then trapped in a relentless cycle of rejection. Alone and helpless, they are prey to people smuggler networks, who are often their only alternative to enter into the territory and claim their rights.

“I got to Irun, crossed over to France and took the train to Bordeaux (France). When I arrived at the station, the French police stopped me”, says 16-year old Nana. “They asked me for my documents but I had nothing to show them. Then they asked me my age. I was born in 2002, on 19 February 2002. They told me to get in the car with them and they took me to Irun (Spain).”

“As a minor, that was not what I was expecting. We’re supposed to be provided protection,” says Nana. As a 16-year old minor, he is indeed entitled to protection and should have been given shelter in France.

In border areas, civil society has organised to step in and substitute for woefully inadequate public services. For example, a citizens’ collective based in Irun (Spain), assists migrants arriving from southern Spain or sent back from France. Associations Diakité and Atherbea run a transit centre with accommodation for 200 people in Bayonne (France), which is always full.

"When I arrived at the station, the French police stopped me…They told me to get in the car with them and they took me to Irun. As a minor, that was not what I was expecting."

To help address the situation, our teams support civil society and volunteers with donations of hygiene kits and blankets. Some municipalities, Bayonne, for example, also assist migrant people.

“I was on Place des Basques [in Bayonne], the square where migrants gathered, with my deputy who’s responsible for solidarity,” says Jean-René Etchegaray, the Mayor of Bayonne. “Witnessing their hardship, that they hadn’t had anything to eat for quite a while and hadn’t been able to shower for even longer, I didn’t waste time asking myself whether or not we should help them. I see it as a moral obligation, whatever our convictions, religion, or our values. It’s a simple question of humanity.”

This relentless policy of push back and refoulement is inexcusable. People are denied the opportunity to apply for asylum in France, and minors are not considered as such; they are routinely turned away and sent back to Spain, instead of being protected by the French authorities as the law requires.