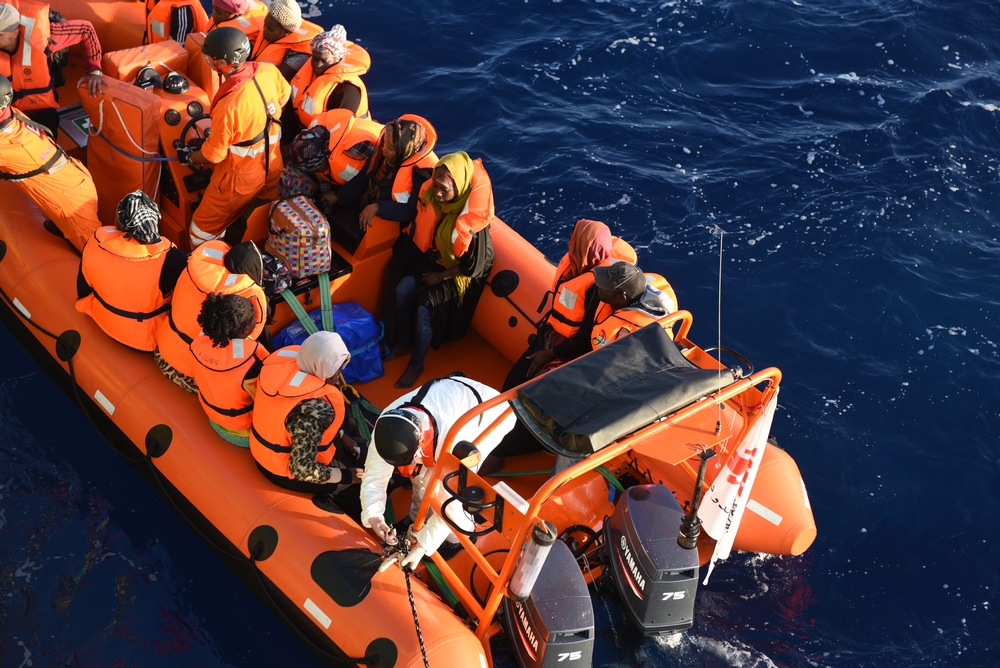 Migration: From Eritrea to Mediterranean -"A Lot of Trouble"

The Bourbon Argos, a search and rescue ship deployed by Médecins Sans Frontières/Doctors Without Borders (MSF), received 732 people on June 19 from multiple rescues in the Search and Rescue zone of the Mediterranean, north of Libya. It is the greatest number of people the ship has carried since MSF began its search and rescue mission in May.

The Bourbon Argos rescued the first 345 people, predominantly Eritreans, from a dangerously overcrowded wooden fishing boat around noon. Hours later, the Bourbon Argos received 88 people who were transferred from a German warship.

Finally, the Bourbon Argos received 299 people from the Dignity 1, another ship recently deployed by MSF.

In addition to Eritreans, the countries of origin of the 732 people include Nigeria, Syria, Morocco, Guinea, Ivory Coast, Bangladesh, Gabon, Senegal and Mali. Some people reported that they had been living most recently in Libya, before violence caused them to leave.

MSF’s medical team onboard the Bourbon Argos has observed some serious wounds, including a gunshot wound and a stab wound, minor injuries, dehydration from the sea journey and several pregnancies.