The conflict in the northern Mozambique province of Cabo Delgado, which started in 2017, has now forced nearly 670,000 people from their homes. Living conditions in the temporary camps, set up to accommodate thousands of exhausted displaced families, feel increasingly inadequate. As they try to cope with a lack of food, clothing, medicines and plastic sheeting to protect themselves during the rainy season, many feel hopeless and frustrated by the situation.

Every aspect of life in the camps is a struggle and the traumas that internally displaced people (IDPs) have lived through are taking their toll.

MSF offers water and sanitation services, including building latrines and providing clean water to thousands of families currently living in the camps. 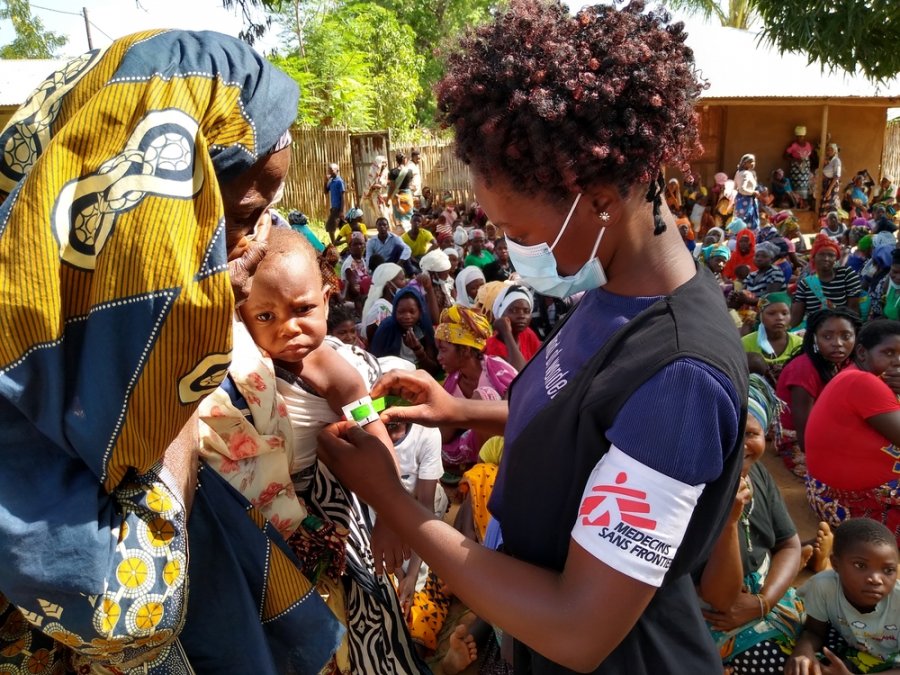 MSF
An MSF staff member measures a child’s middle-upper arm circumference to check for malnutrition in Meluco, in the northern Mozambican province of Cabo Delgado, 19 February 2021.

In December 2020, MSF launched a mental health programme in Nangua and 25 de Junho IDP camps to reinforce our ongoing mobile health clinics. These are the two most populous camps in Metuge, on the outskirts of Pemba, Cabo Delgado’s capital.

MSF has also launched a mental health programme in Montepuez, the second largest city in Cabo Delgado, in the western part of the province where thousands of IDPs are also being resettled.

MSF
Displaced people wait for a distribution of essential relief items by MSF in Meluco, in the northern Mozambican province of Cabo Delgado, 19 February 2021.

These IDPs have mostly fled from the coastal district of Quissanga, where fighting between the Mozambican army and a non-State armed group has been most intense.

Many villages have been burned to the ground, and the IDPs tell stories of losing their homes, belongings and loved ones in the violence.

“We try to understand what their lives were like before they escaped… whether there was fighting in their area when they ran away and about their journeys to reach the camps,” says Frida,* a member of the mental health team.

“Most of them tell us they walked here. They didn’t have the opportunity, or the means, to pay for a vehicle to transport them.”

MSF mental health activities include conversation circles, theatre, football matches, dancing and singing. Conversation circles are safe spaces for IDPs to express themselves and talk about what is distressing them in an atmosphere of trust. MSF teams create separate circles for women and men. 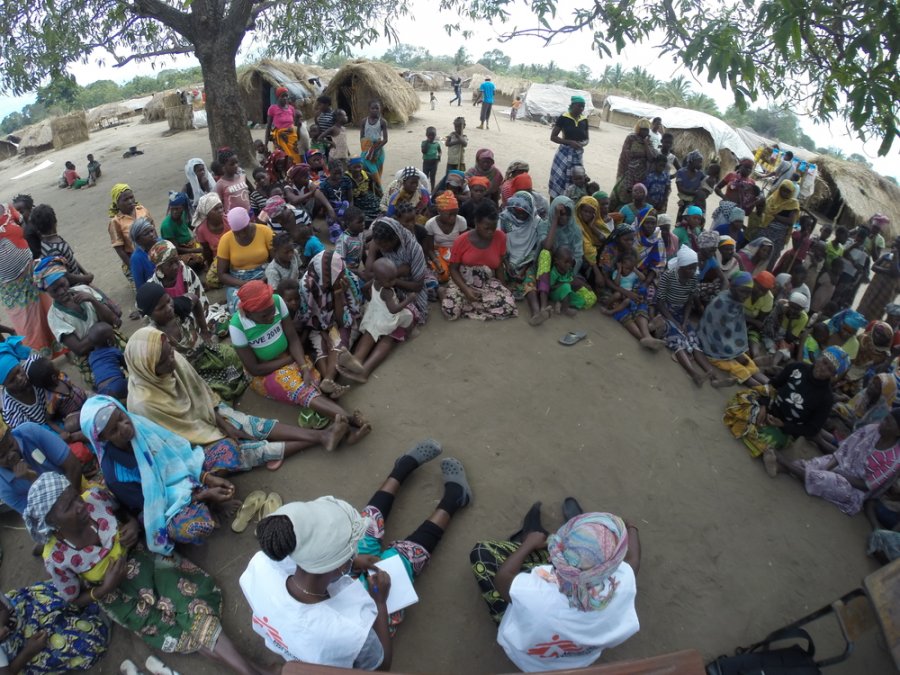 “During an MSF conversation circle in Nangua IDP camp, one woman said: I found this child alone in the bush. I don’t know where her mother is. We left our homes in Cajembe last year. We suffered in Macomia and now we are here in Metuge. We are in a lot of pain!"

"We, the people of Cajembe and Nankaramo [their home districts], have suffered too much. Being here is not our choice or decision; if we could choose, we would have moved on to places where our life could have been better.” 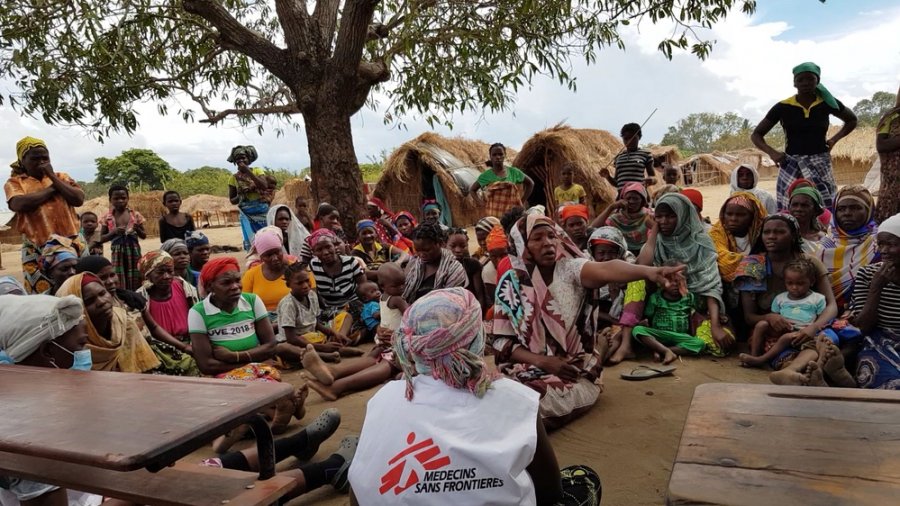 For some, the journey to safety means days of walking through the bush. It takes strength that children and the elderly don’t have, and some families lose members along the way.

“A lot of people become ill. Some develop swollen legs after having walked such long distances. Their bodies are tired, sore,” says Frida. 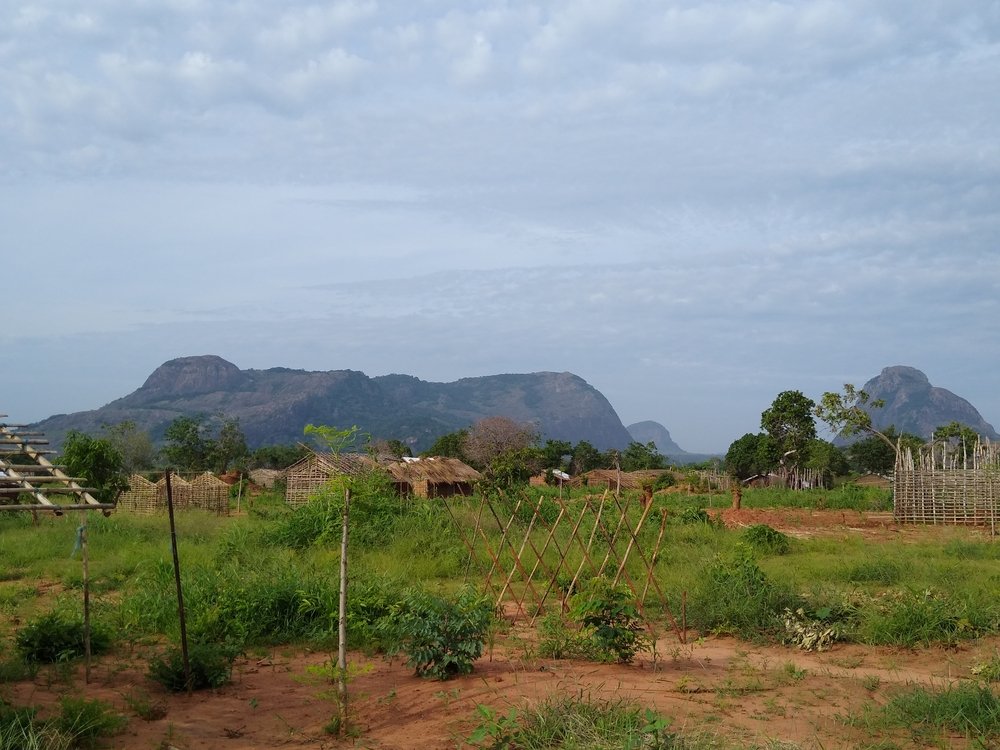 The journey from Mueda, where a lot of the IDPs are from, to Pemba, is 268 kilometres. Without sleep, food or water, people arrive in fragile conditions and then have to face the dire living conditions in the camps.

“We ask them to tell us how they have adapted to their new reality, and all we hear are their sorrows. We know it hasn’t been easy. They have faced challenges every day," says Tamara,* another member of MSF’s mental health team. 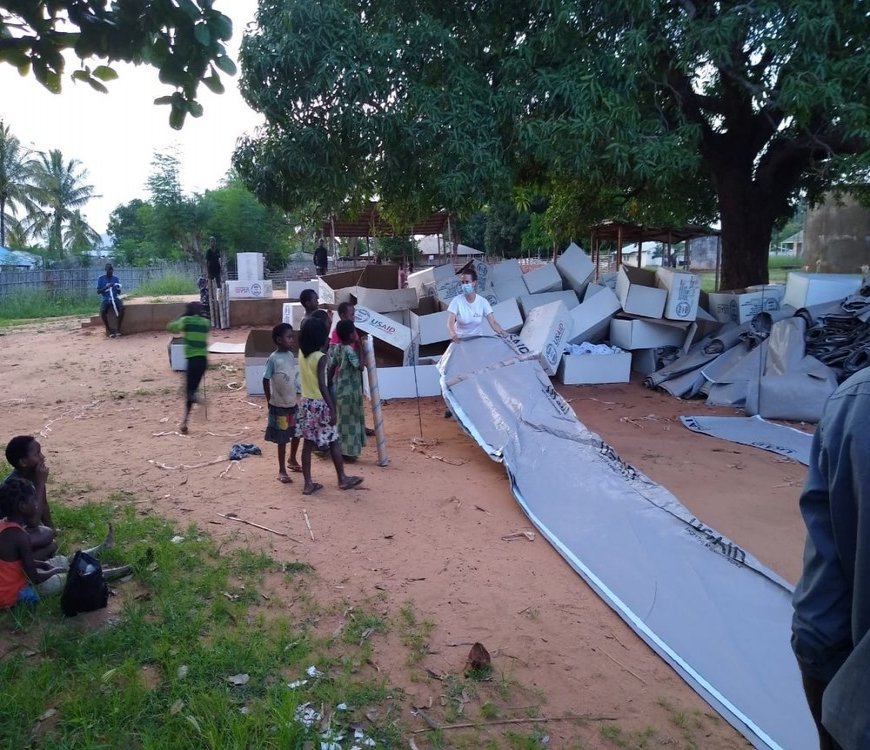 "All of this reminds them of everything they left behind. It brings back the suffering and causes them new pain, whether that pain manifests physically or mentally."

“It is very sad. They have left their homes hoping to escape the suffering,” says Pedro,* who is also a member of the mental health team. 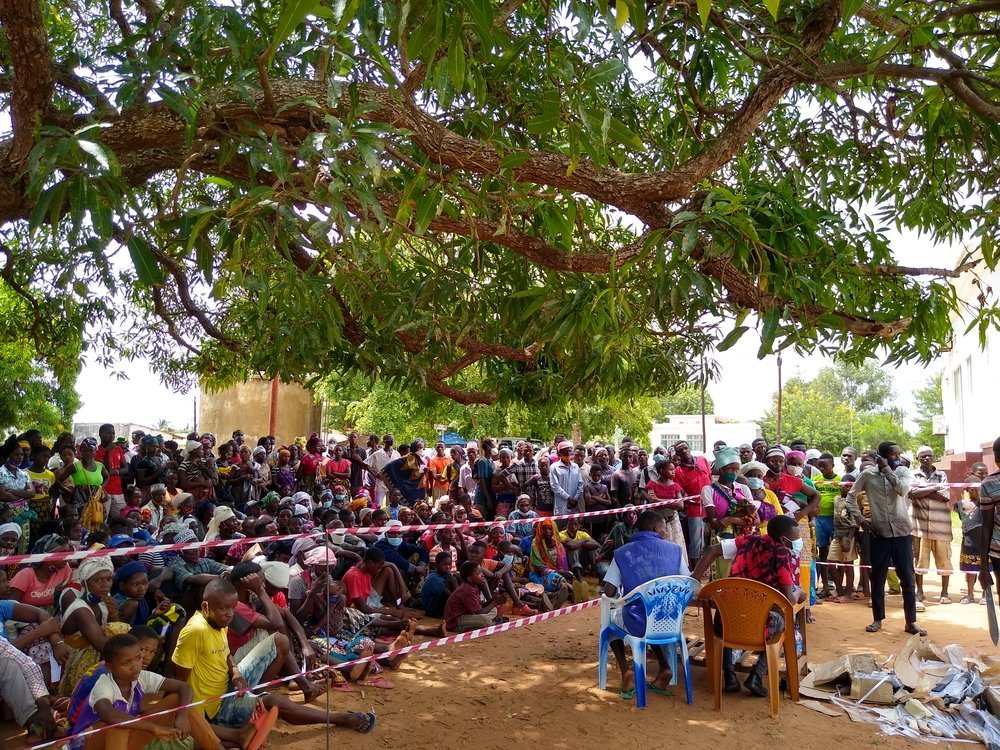 MSF
Displaced people wait for a distribution of essential relief items by MSF in Meluco, in the northern Mozambican province of Cabo Delgado, 19 February 2021.

“But this is not what has happened. It hurts to listen to someone cry and tell you their sons have been taken away and they don’t know if they will ever return. Today, during our conversation circle, a village leader told us they lost 140 members of their community. It is not easy.”

Mechanisms to cope with trauma

Just the fact that we are there to listen to what they have to say, to their stories, it makes them feel better

“We sing and dance, we do activities that will relieve their pain, even if just for a moment. It allows them to share everything that was positive from their villages, to remember all the good moments. The women can express themselves more freely through singing. Every song tells a story and illustrates what they are feeling or what they hope for the future.”

Quissanga, forward! [names of districts that people were displaced from]

“There is something I find very beautiful in all of this, and that is the work that we do,” says Frida.

“One thing they are always asking us, is that we don’t forget to visit them, to be by their side. They say, ‘Even though you don’t bring food or tents, the fact that you are here to ask us how we have been doing, that you want to know about our concerns, this helps to alleviate the pain."

MSF/Amanda Bergman
As IDPs try to cope with a lack food, clothing, medicines and plastic sheeting to protect their tents from, many feel hopeless and frustrated. Every aspect of life in the camps is a struggle and the traumas IDPs have lived through are taking their toll.

"There are things we are going through and the only way to relieve the pain of them is to talk about it.’ So, I think our work is very meaningful and the fact that they are always asking us to come back is, to me, very special.”

*Names have been changed to protect our staff’s safety.