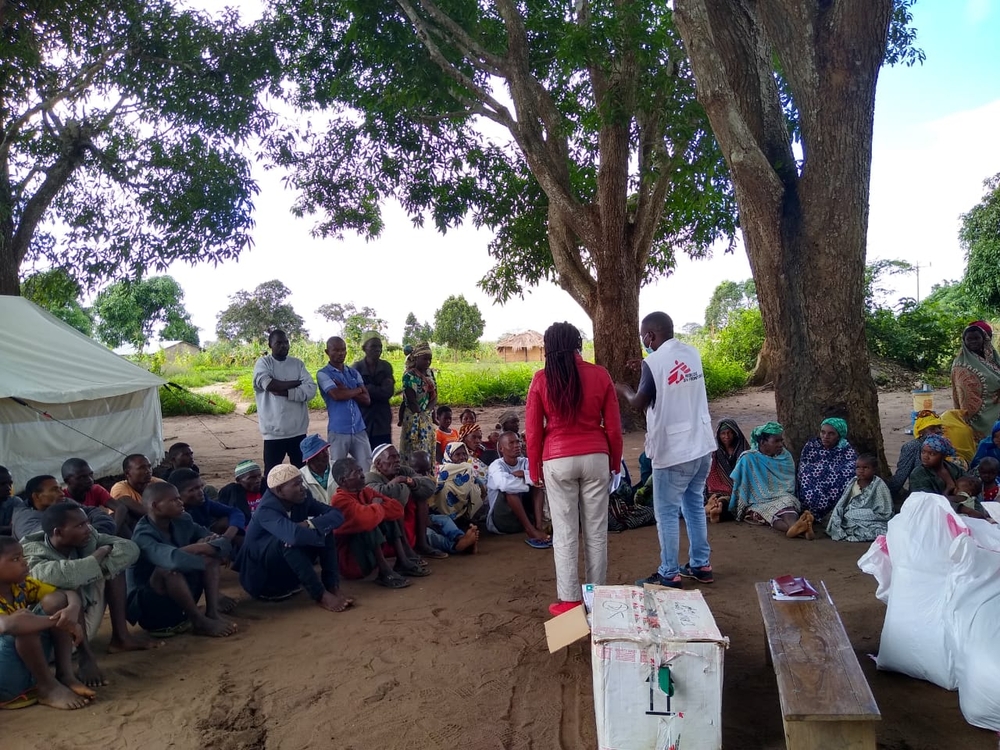 Mozambique: “People ran into the bush to save their lives”

Amparo Vilasmil is MSF mental health activity manager in Cabo Delgado, Mozambique. She is part of a team operating in Montepuez, the second most populous city in the province and one of the destinations for people fleeing recent attacks in the coastal town of Palma.

MSF has been running a medical project in Montepuez since November 2020. Over the last year the number of people forced to flee here has increased exponentially because of the crisis. 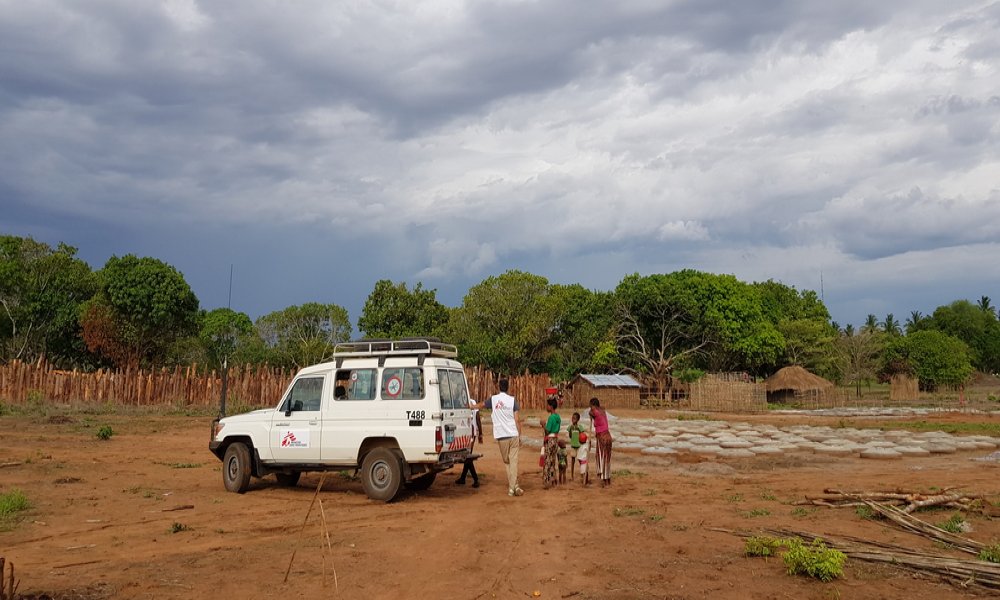 There are currently around 50,000 people living either in camps or in the host community.

As soon as the magnitude of the attacks in Palma became clearer, MSF teams across Cabo Delgado, including Montepuez, started preparing for a possible new wave of arrivals.

Over the last few days, around 400 people* have reached Montepuez, more than a third of them children.

The ones arriving say many others are on their way. 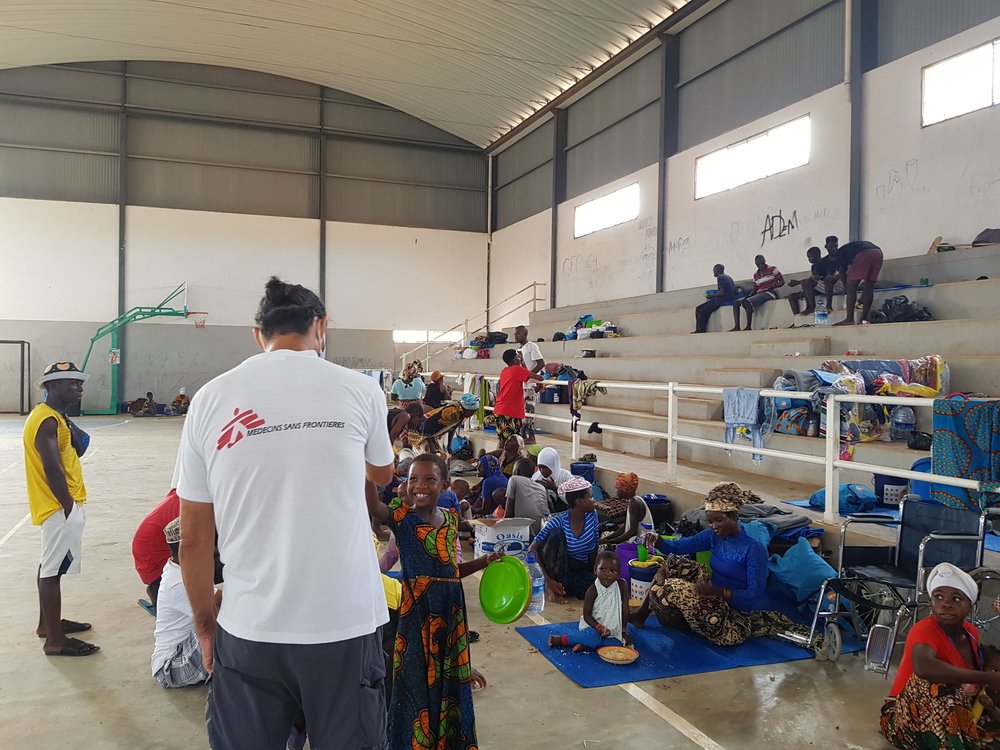 MSF/Amanda Furtado Bergman
Over the past few days, hundreds of people have arrived in the provincial capital city of Pemba, Cabo Delgado, fleeing from the violent attacks that took place in Palma last week.

Traumatised by what they have witnessed

Displaced people arrive in Montepuez agitated and overwhelmed by what they have seen. They cry while speaking about their situation. 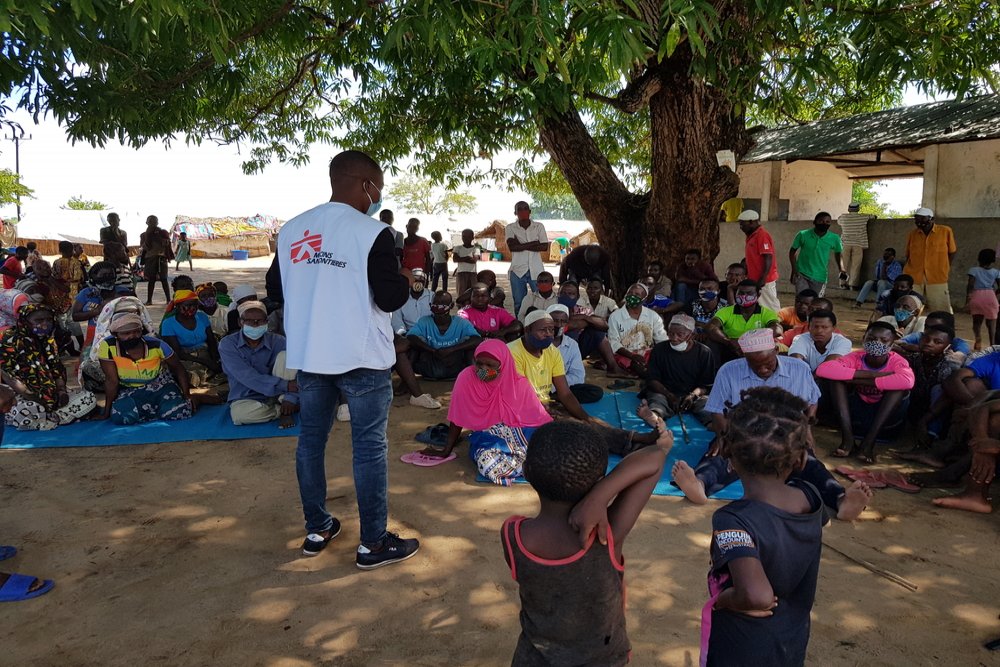 ‘They killed lots of people, they killed Palma,’ one person told me. They ran into the bush to save their lives and walked all day and night for four or five days.

Many have seen dead bodies along the way; people who have died from hunger or dehydration.

The only water available was from a single dirty river. 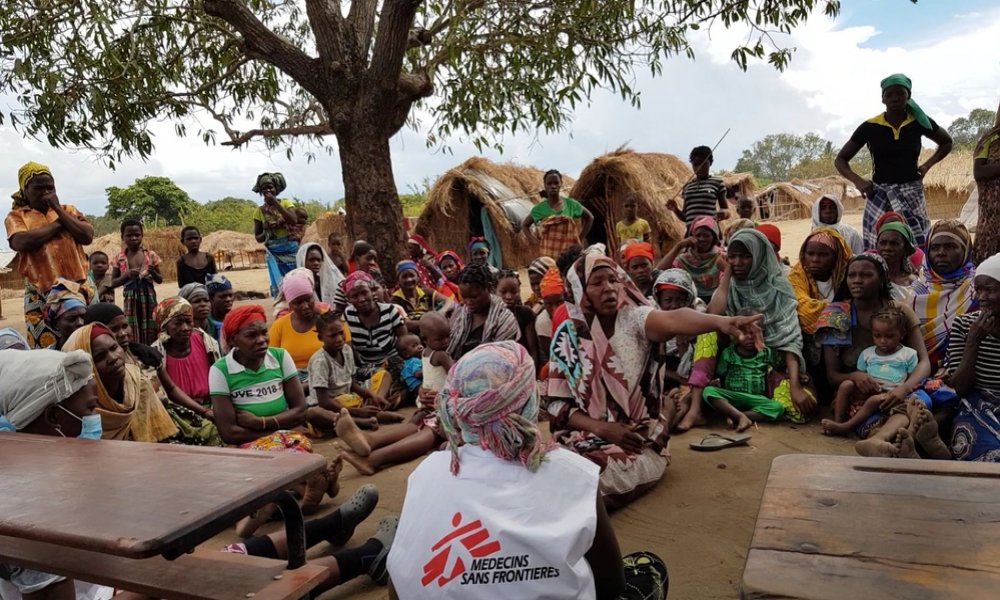 People usually followed the main roads, but sleep well inside the forests for protection, avoiding villages and surviving on what little they can find.

A long and treacherous walk

One of the first main towns they reached is Nangade, 130 kilometres inland away from Palma.

From there, the lucky ones who can get money from relatives jump on vehicles and go further to Mueda, a mountainous town controlled by the military, and others continue further south to Montepuez. 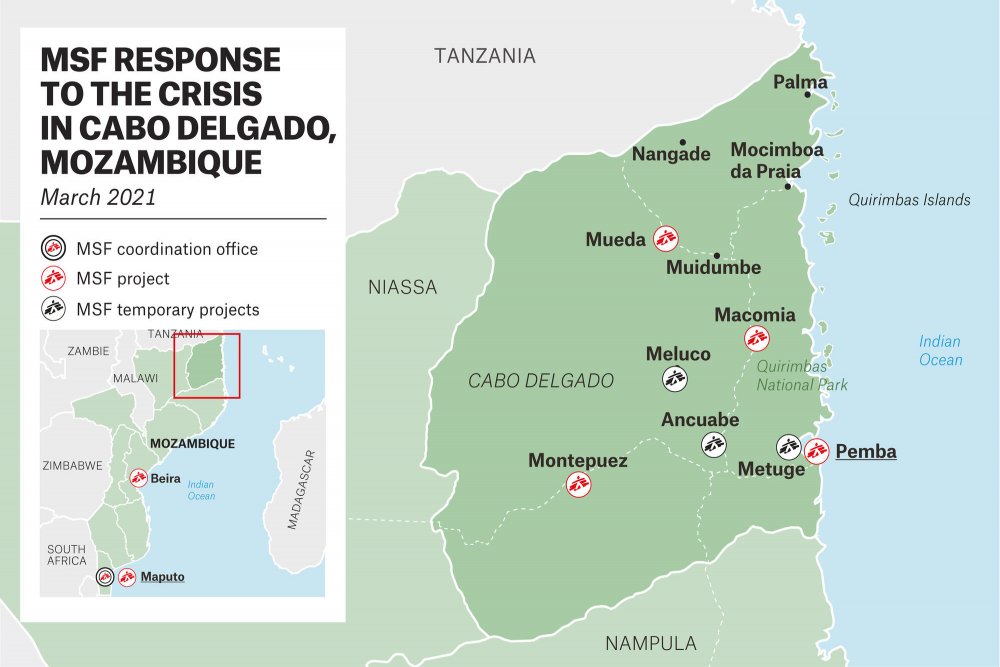 MSF is concerned for those who don’t have families to help them pay for transportation as this means they are still walking, without access to food and water.

These ones will likely arrive in an even worse condition.

We are working very hard to identify the routes that people fleeing Palma are taking and where they are going to, in order to adapt our response.

We have positioned a team at each of the entry points into Montepuez to provide mental health support as soon as people get here.

We help them to cope with their traumatic experiences and to be able to move forward in their journey.

Many of them want to go on to Pemba, the provincial capital, in the hope of reuniting with other family members.

In the camps around Montepuez, there are a lot of people who were separated from their families during previous attacks in Cabo Delgado.

Some family members came to Montepuez, while others went to Palma. And now they have lost all contact with each other.

They don’t know where they are or if they are safe, and this causes them a great deal of anxiety and stress. 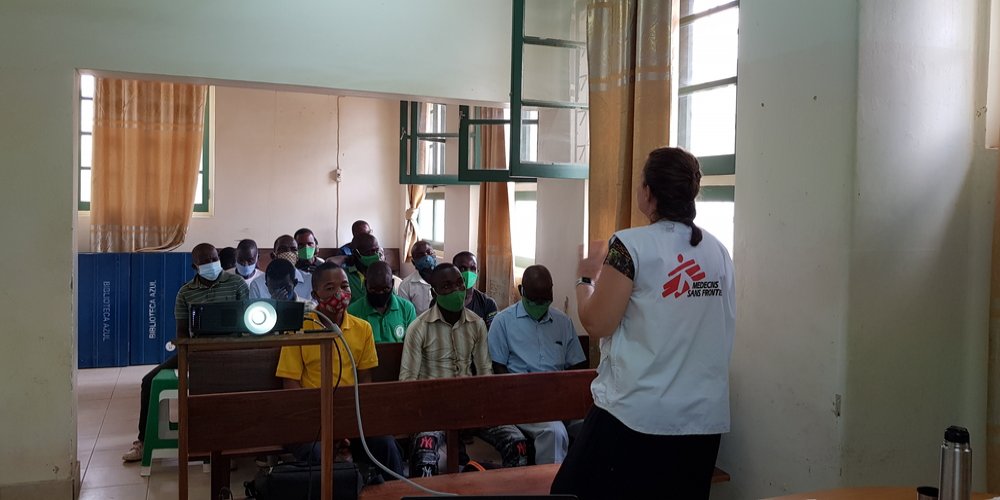 Before the attacks, Palma had an estimated population of several tens of thousands. 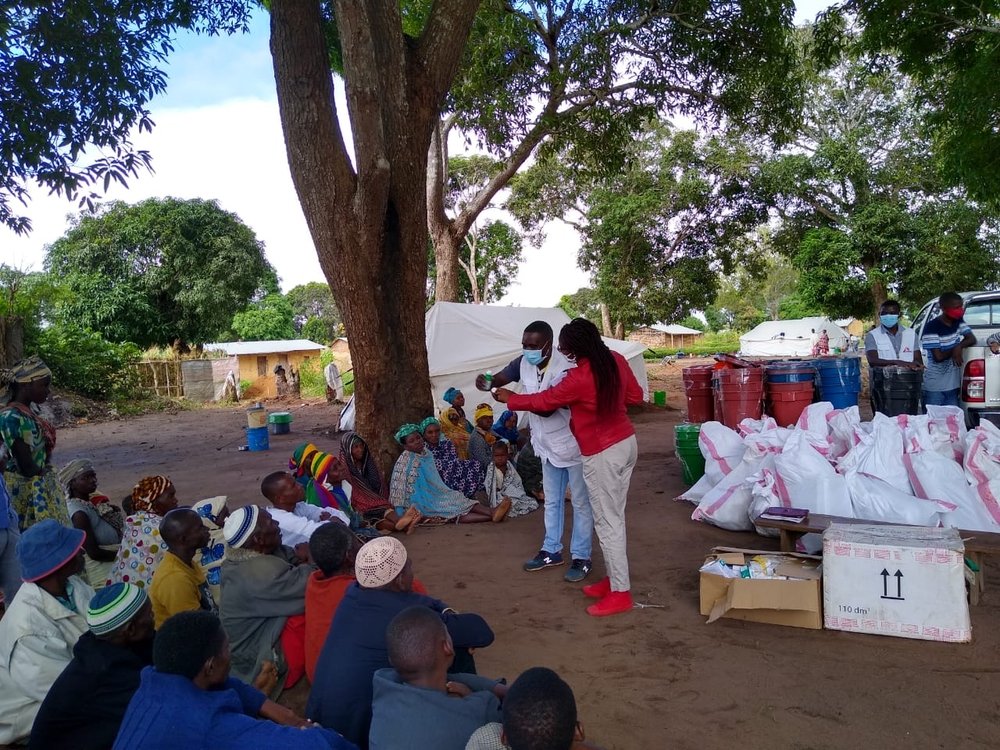 MSF
Distribution of relief items in Mueda to displaced people from previous outbreaks of violence.

Many of them have now reportedly fled away from the town in different directions: some have taken boats towards the south, others have gone inland through the bush or to the border with Tanzania, and many seem to still be hiding in the outskirts of Palma.

As well as in Montepuez, MSF teams are meeting the medical and humanitarian needs of people fleeing from Palma in Mueda, Nangade, Pemba and Macomia.

Another MSF team was deployed this week in the Afungi peninsula, about 25 kilometres from Palma, where some of the injured were taken and other people have sought refuge. 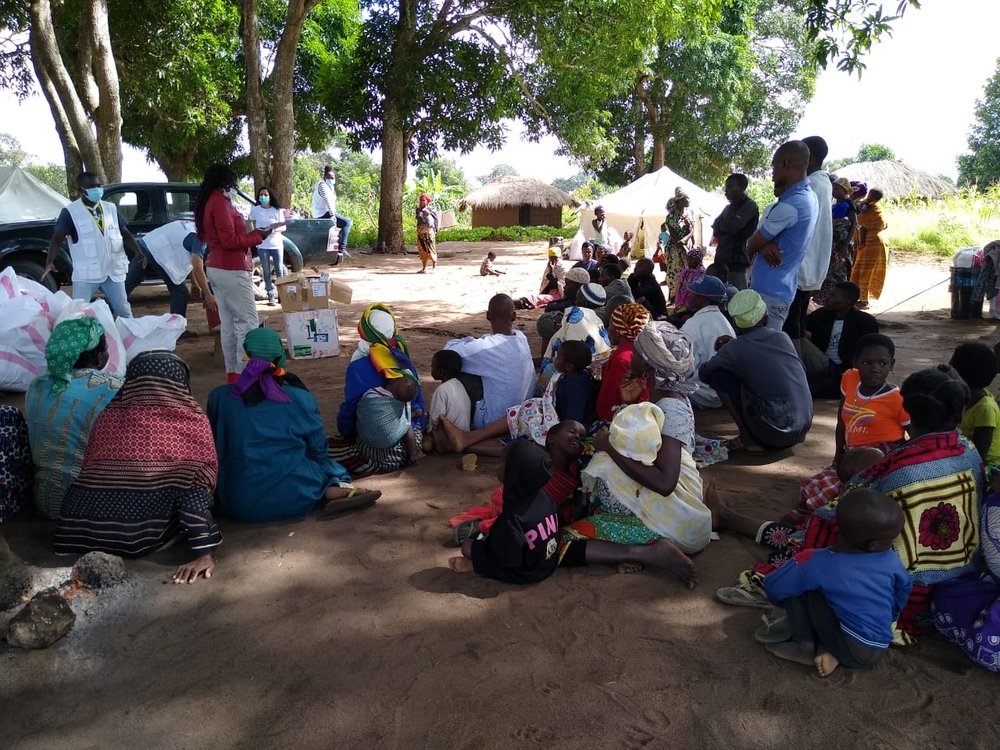 MSF
Distribution of relief items in Mueda to displaced people from previous outbreaks of violence.

The conflict between the army and non-state armed groups in Cabo Delgado has been ongoing since 2017 and intensified over the last year.

Over 670,000 people have been so far displaced by the violence, according to UN OCHA.