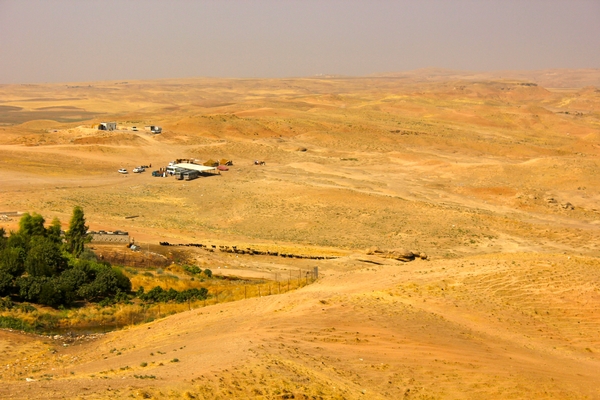 Every day, thousands of people continue to flee the violence in Syria. Since the conflict began, over two million Syrians have sought refuge in neighbouring countries. Médecins Sans Frontières (MSF) has been working in northern Iraq to respond to this situation since May 2012.

“We came from Tel Brak in north-eastern Syria. Seven months we left our house as the area was becoming a war zone. The entire village left,” says Zeina, who has just crossed the Iraqi border with her husband and four children.

"We lived seven months in the mountains, with no proper place to live, no work, no money and sometimes no food,” Zeina says.

“After seven months we decided to move to Al Qamishli and cross the border from there into Iraq. The borders were closed, so we had to stay in a school nearby. When we heard that the borders were open again we left early in the morning. It took us two hours to cross on foot. We feel so relieved to be here.”

Some 60,000 refugees from Syria have crossed the border into the Kurdish region of Iraq since it reopened on the 15th of August after being closed for three months.

On the day it reopened, 7,000 people crossed the border; in the month since then, some 800 Syrians were crossing each day.

Since mid September, the border has again been closed for two weeks before opening again. Médecins Sans Frontières is preparing its teams at the border and in the surrounding camps to respond to any large influx of people.

The long walk to safety

Most of the Syrian refugees arrive at the border on foot after a long journey through a desert valley in intense heat, having left everything behind: family members, homes and belongings.

While the majority of arrivals come from Damascus and Aleppo, there has been a recent increase in refugees coming from Al Hassaka governorate, in north-eastern Syria, after increased fighting in the area.

Teams from Médecins Sans Frontières have set up health posts on both sides of the border, providing medical consultations and distributing water to refugees waiting to be transferred to a number of transit camps which are currently being set up in Dohuk, Erbil and Sulaymaniya governorates.

Diala Ghassan/MSF
“The majority of our patients are children, pregnant women or mothers who have recently given birth,” says Paul Yon, Médecins Sans Frontières' Head of Mission in Dohuk.

“Many are suffering from moderate dehydration due to the long distance they’ve had to walk or the long waiting time before crossing the border. We are also seeing cases of chronic disease such as hyper tension, asthma and epilepsy.

Several have not been able to access their medicines in Syria where the health system has fallen apart.

Some patients we see in our health post are in a state of shock: they have been displaced many times inside Syria since the conflict erupted and decided to cross the border because they faced life-threatening situations,” says Paul Yon.

On the Iraqi side of the border, since mid August Médecins Sans Frontières teams have provided more than 1040 general healthcare consultations to refugees waiting to be transferred to Dohuk, Erbil and Sulaymaniya.

As many people were unable to bring any supplies with them Médecins Sans Frontières teams also distributed non food items including jerry cans and plastic sheeting to 290 families in the transit camps.

In the coming days, Médecins Sans Frontières will also start providing general healthcare consultations to refugees in a number of camps in Erbil governorate.

On the Syrian side of the border, Médecins Sans Frontières teams have provided 982 medical consultations and distributed water to 33,000 people waiting to cross into Iraq.

A new life as a refugee

Syrians entering Iraq are registered at the border by the Kurdish authorities and the UN’s refugee agency, the UNHCR. After registration, they are transported to one of the many refugee camps mushrooming throughout northern Iraq.

This may be the end of the road for people who have often been internally displaced several times since the conflict erupted in Syria two and a half years ago, and who are beginning new lives as refugees.

Since May 2012, Médecins Sans Frontières has also been working in Domeez refugee camp in Dohuk governorate, where more than 42,000 Syrian refugees have been living. Teams are providing general healthcare and mental health services.