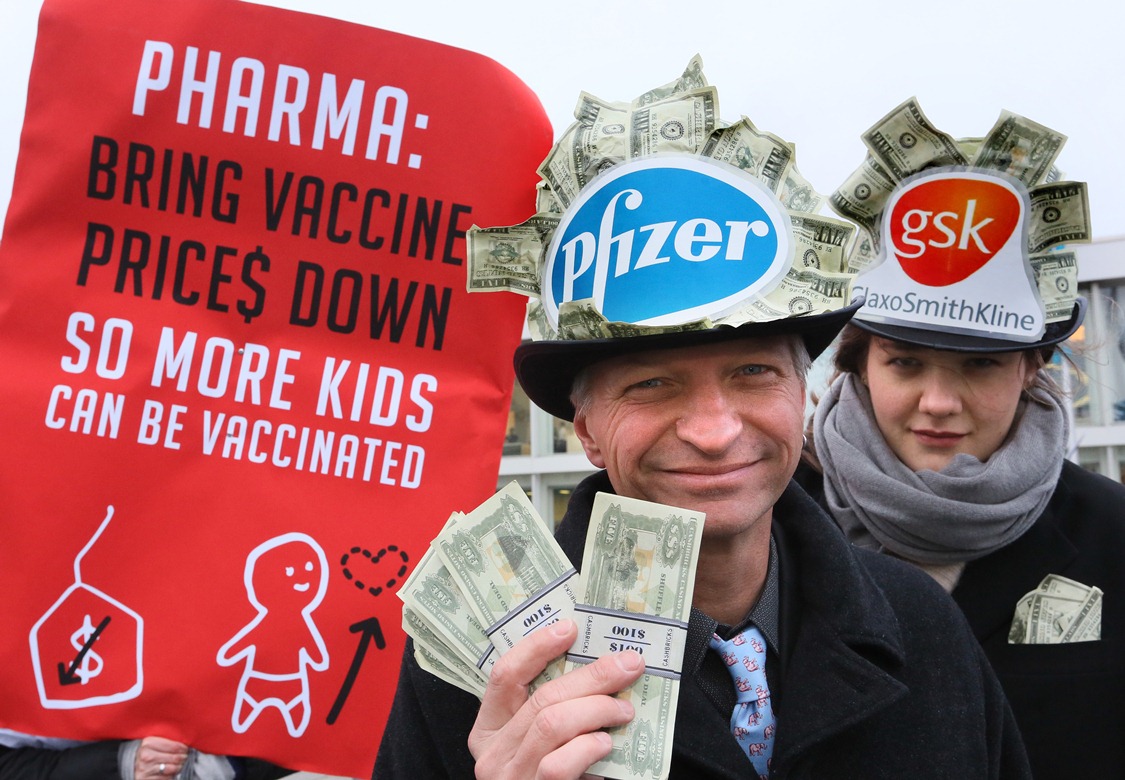 Ahead of today’s donor replenishment conference for Gavi, The Vaccine Alliance, taking place in Berlin, pharmaceutical company Pfizer has announced it is cutting the price on its pneumococcal vaccine by six percent (by US$0.20 from US$3.30 to US$3.10 per dose), which still leaves the price to vaccinate a child with pneumococcal vaccine at close to $10 per child (for three doses).

Together, Pfizer and GlaxoSmithKline (GSK), the only two manufacturers of the vaccine – which protects against strains of pneumonia – have made more than US$19 billion in sales globally, with Pfizer reaping the lion’s share of those sales.

Pfizer’s product is the world’s best-selling vaccine, bringing in close to $4.5 billion in revenues annually.

Additionally, Pfizer’s deal to provide the vaccine to the poorest countries through Gavi, sees them ‘rewarded’ with an extra subsidy on top of the price they are already paid for the vaccine; as of July 2013, Gavi had already awarded Pfizer an additional $550 million in such subsidies, beyond the price of the vaccine.

Médecins Sans Frontières/Doctors without Borders (MSF) last week called on GSK and Pfizer to reduce the price of their pneumococcal vaccines by half, to US$5 per child (inclusive of all three doses) for children in developing countries.

The price reduction announced by Pfizer would still keep the price of the vaccine close to $10 per child (for all three doses), which is unaffordable for developing countries in the long term.

Phil Moore
Vaccines form an essential part of our work around the world. Here A child receives a polio vaccine during an MSF vaccination campaign in remote areas of DRC

“Pfizer’s six percent ($0.20) price cut for the pneumococcal vaccine is inadequate - we need to see both Pfizer and GSK take bolder steps to reduce the price of this vaccine in half for developing countries, so more kids can be protected against deadly strains of pneumonia.

"Considering Pfizer has raked in nearly $16 billion for this vaccine in just four years, we think the company can do much more than a meagre six percent (20 cent) discount.

"Additionally, Pfizer and GSK are still being paid up to $21 per child (for all three doses) for some quantities through a special subsidy funded by Gavi donors.

"Pfizer claims that it is making the pneumococcal vaccine available to the poorest countries at below cost price, but we really don’t know if that’s true. We need to see both Pfizer and GSK opening up their books – being transparent for a change – on what the real costs of the research, development and production of this vaccine are.

"The Indian manufacturer Serum Institute says it plans to bring its version of this vaccine to market for just $6 per child (for all three doses) in a few years, and we’re assuming they will still be making a profit at that price, so we think Pfizer and GSK can afford to slash their prices a whole lot more.

As donors prepare to pledge $7.5 billion to Gavi over the next five years, we repeat our call to Pfizer and GSK: make the pneumococcal vaccine available for $5 per child for kids in developing countries," said Kate Elder, Vaccines Policy Advisor, at Médecins Sans Frontières Access Campaign.