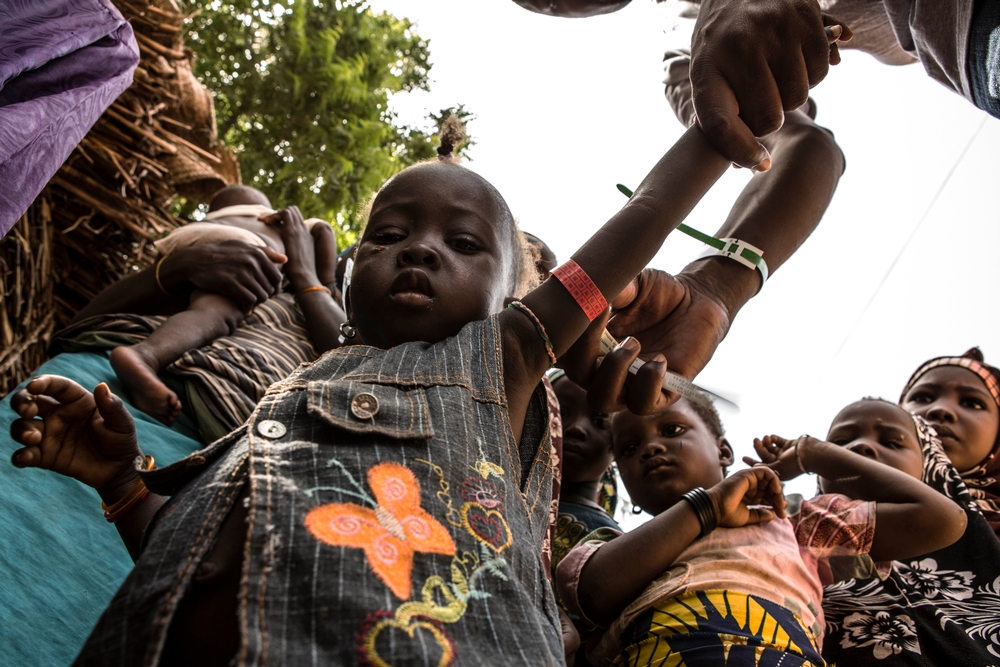 Niger: "Another weapon in the fight against malaria"

“All the children used to get sick every year,” says a mother from the Magaria healthcare area in southern Niger’s Zinder region. “We were always traveling, taking them to the hospital. Many of them died.” Jump to video

But last year, for three months starting in July, her children received monthly doses of sulfadoxine/pyrimethamine (SP) and amodiaquine (AQ), when they were still healthy.  And they stayed that way. “This year, thanks to the treatment, our children have not gotten sick.”

The treatment was part of MSF’s seasonal malaria chemoprevention (SMC) campaign, a new preventive measure against malaria that has been recommended by the World Health Organisation (WHO) in the Sahel sub-region, where prevalence of the illness is high.

This preventive treatment is used only in regions where malaria is seasonal. Although the illness is endemic in Niger, the country faces a significant annual upsurge during the rainy season, which extends from July to October and, not surprisingly, corresponds with the period of high transmission.

SMC was implemented in Niger for the first time in 2013. It is now part of efforts under the National Program to control the disease, which can be particularly deadly for children under 5.

“In recent years, the SMC’s impact has been very encouraging in the countries of the sub-region where it was implemented,” says MSF epidemiologist, Dr. Alena Koscalova.  “Recent studies conducted in west African countries, including Senegal, Gambia, Burkina Faso and Mali, have shown a reduction of up to 83% of cases of simple malaria and a similar reduction in the incidence of severe malaria among children under 5 who received preventive treatment.”

From July to October 2013, MSF conducted a mass campaign, targeting more than 206,000 children from 3 to 59 months of age in more than 1,045 villages in the Magaria, Madaoua, Bouza, Madarounfa, and Guidam-Roumji health districts of Zinder, Tahoua and Maradi regions.

The organisation deployed more than 2,000 community workers in the villages to create awareness within communities and encourage parents to take their children to distribution points to receive monthly doses.

The drug, which combines SP and AQ, is available in blister packaging, which protects the medications from the elements.

It was distributed by community workers at 179 sites based within health facilities or public places, 75 advanced sites in the homes of village chiefs, or in hamlets and by 99 teams going door-to-door.

“The three distribution strategies resulted in a coverage rate of more than 85%, which is very solid,” says Dr. Koscalova. “We involved the traditional authorities and observed that the communities really became aware of the ravages of malaria, particularly for young children. Implementation of this activity showed that it was entirely feasible in a context like Niger and it proved to be safe and effective.” 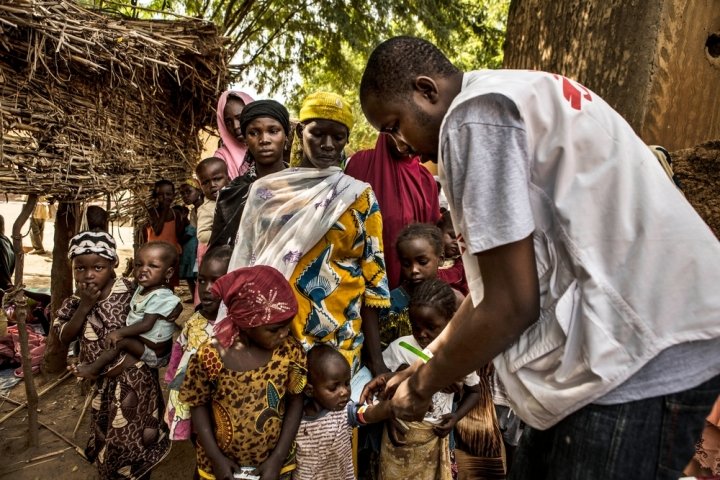 Not a “miracle cure” but a preventative action

“SMC is not a miracle cure,” says Séverine Ramon, MSF’s deputy program manager in Niger. “It is a preventive action. It complements other actions in the context of malaria prevention and treatment strategies.”

SMC is particularly beneficial in situations where malnutrition and anemia are widespread because it reduces the number of complicated cases in countries with limited access to treatment, such as Niger, but it does not prevent all cases of malaria.

“It is thus still critical for the population to have access to diagnostic resources and early treatment with artemisin-based combination therapies (ACTs), and to promote the distribution and use of insecticide-treatment bed nets and spraying of insecticides. Simultaneously, we must also continue to provide information on malaria to the exposed populations.”

Despite its effectiveness, however, there are other shortcomings that SMC alone cannot overcome. One of the problems in Niger is the insufficient availability of rapid diagnostic tests (RDTs).

“In 2013, national RDT coverage was only 44%, which is clearly inadequate in terms of diagnostic resources,” says Ramon. “This also assumes an inadequate use of ACTs. Even if ACT needs were theoretically met at the national level last year, stock-outs were reported at isolated and rural health facilities. This is linked to supply problems in the outlying areas.”

Increasing the impact by fighting malnutrition

MSF teams in Niger are preparing to conduct a second mass campaign targeting more than 400,000 children beginning this coming July and in the same areas as in 2013. Additional organisations will also implement this malaria control strategy in other areas.

MSF will also conduct systematic malnutrition screening and treatment for children. Every year, the Nigerien population faces food crises as well as malaria, because the rainy period coincides with the annual ‘hunger gap’, the time before the new harvest when household food supplies are depleted and prices are at their highest.

“Malaria and malnutrition are a deadly combination for children under 5,” Ramon notes. “We are going to take advantage of this mass campaign just as in 2013 to screen and provide early treatment for severely malnourished children and for confirmed cases of malaria. This will enhance the impact of SMC on the health of young children.” Jump to video

MSF has been working in Niger since 1985. Activities focus on improving access to medical care for children under 5 and pregnant women through prevention and early treatment of malnutrition. MSF’s teams manage outpatient nutritional programs in 38 health centers in Zinder, Maradi and Tahoua regions. They also manage the hospitalization of patients at the nutritional centers in the Zinder, Magaria, Madarounfa, Guidan Roumdji, Madaoua and Bouza hospitals.