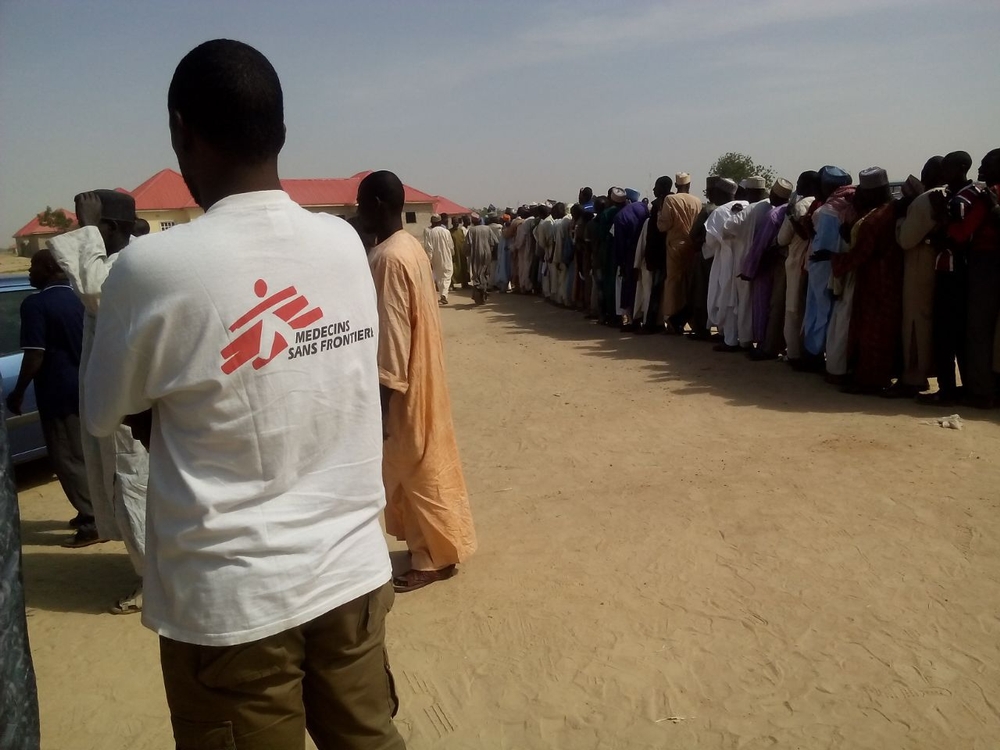 Niger: Increased violence in the south leaves thousands in an alarming humanitarian situation

The upsurge of violence following Boko Haram's recent attacks in southeast Niger has caused concern about the humanitarian situation of the local population.

"The population from Diffa started to flee and it is still not clear where they have been displaced. Hundreds of vehicles have left the city since the last attacks" explains Mohamed Morchid, project manager for MSF in Niger, who insists "our concern now is that the worrying humanitarian situation could be moving to other areas of the country as well as the Nigerian refugees in the Diffa area with no resources who have remained because they have been unable to flee to anywhere else".

Recent attacks by the armed group in the city of Diffa and increasing insecurity have forced MSF to temporarily withdraw its teams from the area.

"Our intention is to return as soon as possible to know where people have moved, under what conditions they are right now and how best to provide appropriate assistance" said Mohamed Morchid.

The MSF team has been temporarily relocated to other parts of the country but is currently mobilizing added resources to return to the Diffa area to help the populations affected. The organization plans to return in the coming days to provide reinforced medical services to the displaced and refugee populations.

Since last weekend, several locations in southern Niger have been targeted in violent attacks by Boko Haram, which have prompted the country's government to launch an offensive against the armed group. Many people in the Bosso region in the southeast have begun to flee to other areas, and are moving further inland to places such as Garoua, Kabalewa, Toumour and Yebi.

The city of Diffa, where MSF teams were working in periphery area, has been hit by the last upsurge of violence. On the morning of Sunday 8 February a bomb attack in a central market known locally as 'pepper market' killed one and wounded many.

Some families from the southern outskirts of the city have begun leaving their homes and moving to neighbourhoods further north, while others have decided to leave the city altogether and head for Gouré, Guidimouni and Zinder, according to MSF teams.

MSF believes the humanitarian situation is extremely worrying. The violence has caused large-scale internal population movements, in addition to the refugees fleeing Nigeria from the violence of Boko Haram in the neighbouring country.  An estimated 150,000 people, mainly women, children and the elderly from various cities, have had to leave Nigeria.

The organization is concerned about the plight of refugees and displaced persons who have been left isolated by the recent attacks.

Binta Kaou Elh Ma is 45 years old. Because of the increased violence from the conflicts in Nigeria, she was forced to flee with her seven children and seek refuge in the border city of Diffa in Niger. “My children and I fled Maiduguri to escape the attacks by Boko Haram," said Binta, who managed to escape with her family in a vehicle from Maiduguri to Gachagar (460 km), and then continue on foot to Ngarwa (30 km). “We were very afraid all the way, but now I feel calmer and we have been welcomed here in Ngarwa.”

At 82 years of age, Kaka Mamoudou Fantami and his entire family, wife and 13 children have also had to flee Nigeria from Boko Haram's violence. He explained that part of his family is in the city of Bosso in Niger, on the border with Nigeria and near Lake Chad, some 90 km from Diffa. "Two of my children and I have come to Diffa. We made the journey on foot," he said, stressing that "the community has received us very well and I am very grateful that health services are free because we have no way of paying. We had to leave everything behind in Nigeria.”

Ya Inna Baba, her husband and three children made the journey on foot from Nigeria to Diffa to escape the violence. They no longer have any family in Nigeria - "we have all left," she said. “Here we are alright; calmer. It is very important for us to have free doctors and medicines for our children; we have nothing," she explained. “It was not easy to get here. We walked for two hours to avoid the main road and take other less used routes," said Ya Inna.