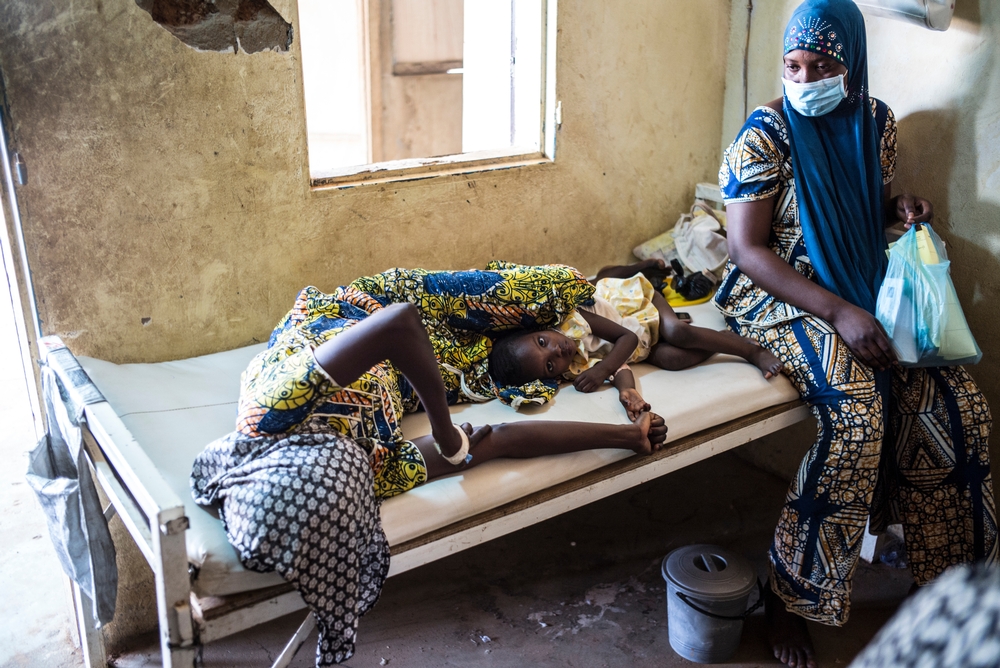 Niger: "It was chaos, the hospital was full to bursting"

A meningitis epidemic sweeping across Niger has already infected more than 6,500 people and claimed 443 lives according to the authorities.

“When I arrived at Niamey’s Lazaret hospital in early May, it was chaos. The hospital was full to bursting.

Our team was admitting as many as 350 patients with meningitis every day, and providing outpatient treatment to another 400.

Sylvain Cherkaoui/Cosmos
If a patient’s condition is too critical and there is no significant improvement after receiving treatment at the centre, they are referred to the National Niamey, which is better equipped for severe cases.

To free up beds, we were forced to discharge patients as soon as they started to improve, and provide the rest of their treatment as outpatients. We brought in an additional medical team so we could cope with the sheer numbers.

In the past two weeks, the number of admissions has dropped significantly, from 100 new patients a day to just 30.

But we are ready to deal with a further surge in cases, both in the capital and in other parts of the country affected by the epidemic. We need to ensure that patients are sent as quickly as possible to health facilities for treatment.

Sylvain Cherkaoui/Cosmos
Zinkifilli Amina (right), 10, has just received her last antibiotic injection. It was very painful but will cure her.

The treatment for meningitis is quite simple, as long as it is administered in time: patients need to take an antibiotic called Ceftriaxone for five days.

Young people are most affected – most of our patients are between five and 30 years old. When they arrive, they often have a fever, a stiff neck and are vomiting. Sometimes children convulse all night, but don’t get to hospital until the following morning.

Every day patients are brought in already in a coma. Too many patients arrive so late that we are unable to save them.

Fortunately, there are also mild cases of meningitis – patients who arrive on their own two legs. They have a much greater chance of survival. 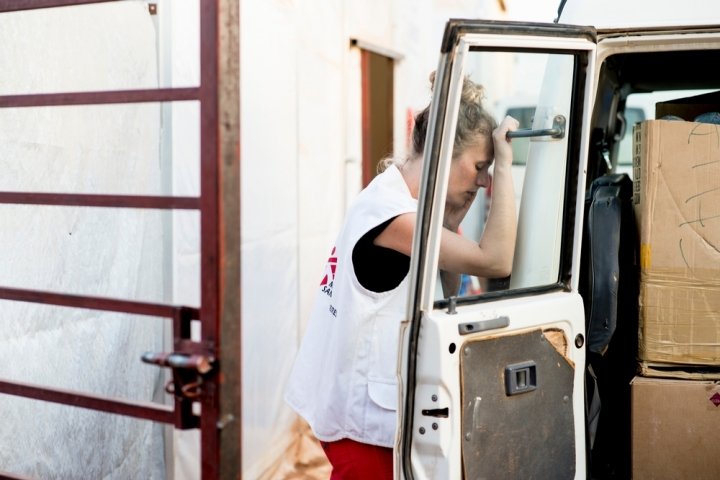 Sylvain Cherkaoui/Cosmos
Carole, an MSF Logistician, during a tense moment at the Lazaret centre, in Niamey, Niger.

The main problem with meningitis is that a patient’s condition can seem fine, but then suddenly complications arise and they need to be transferred to intensive care.

Complications arise when the bacteria are particularly virulent. They wear down the body by using up its sugar and water reserves, and then they trigger an inflammatory cascade, causing dehydration, fever and the impairment of vital organs.

So we supervise our patients very closely and monitor their blood sugar levels and vital signs.

People in Niger are aware of the dangers of meningitis. Earlier in the epidemic, there was a lot of fear about the disease – in Niamey, hysteria had set in.

But now people have calmed down. They know what symptoms to look for, and as soon as someone has a headache or neck pain, they see a doctor.

Sylvain Cherkaoui/Cosmos
Boubacar Abdulaziz, 9, is accompanied by his grandfather Boubacar Ide, a driver. Abdulaziz began to have symptoms of meningitis when he was leaving school, so his grandfather took him to the local hospital. They were not diagnosed with meningitis. The condition of the child deteriorated rapidly during the night, so they returned to the hospital where they were referred to the emergency centre run by MSF.

Many people want to be vaccinated against meningitis, but unfortunately there are not enough doses available on the world market for this particular strain, so the Ministry of Health is prioritising children aged from two to 15.

What has really struck me is people’s dignity and acceptance of death. As medical workers, we find it very hard to accept death, especially when a treatment exists.

But the families here are extremely dignified in the face of death. Often they will say, ‘he has gone’, rather than ‘he has died’.

It is a very gentle word that often hides enormous pain.”