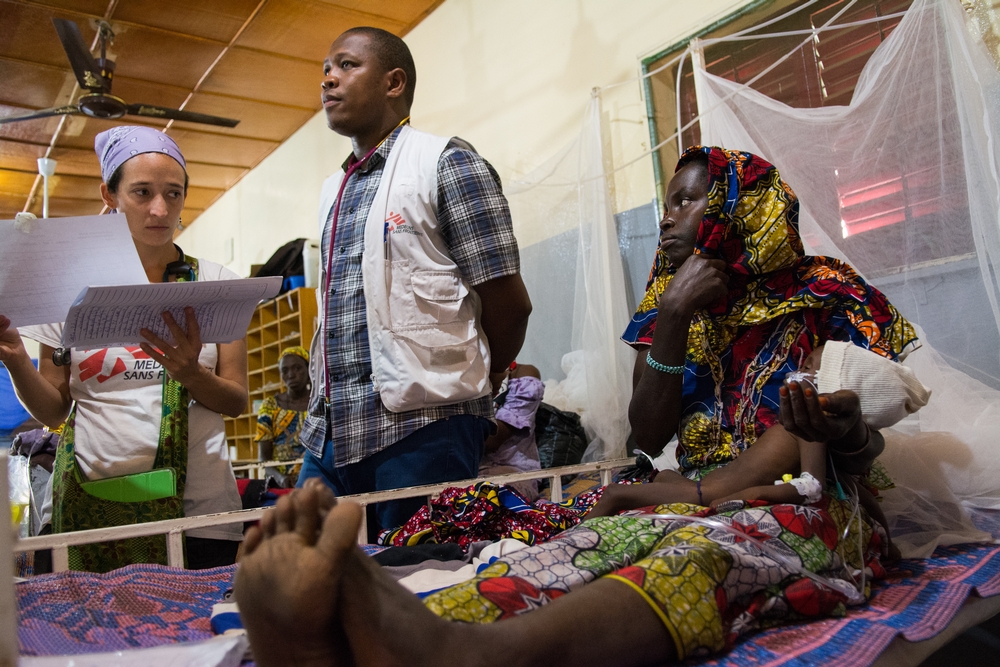 There has been an alarming resurgence of malaria in Niger this summer, despite a significant decline in cases over the last three years.

This has called our past prevention efforts into question, implemented in reaction to Niger’s last malaria peak in 2012.

For instance, this year in Madaoua health district (Tahoua region), medical authorities have recorded 6,695 malaria cases in the second week of October, compared to 3,901 cases in the same period in 2015. Approximately 60,000 children have been treated.

Our teams have once again responded to the emergency by setting up additional health structures and recruiting temporary medical staff, in the Tahoua, Zinder, Maradi and Diffa regions.

This sharp increase in cases means the causes of this malaria resurgence, and the measures needed to fight it, need to be examined.

An alarming number of admissions

“The number of admissions this year has been exceptional, even compared to 2012,” says Hamsatou Seydou Abdou, an MSF nurse at the inpatient therapeutic feeding centre (ITFC) at Madaoua hospital.

In addition to the recent peak in malaria transmissions, medical staff have to deal with the annual increase in acute malnutrition cases, which coincide with the hunger gap and rainy season.

Following the big 2012 peak, several measures were adopted by Niger’s health authorities (with the support of MSF), including:

•    The distribution of mosquito nets treated with insecticide.

•    The implementation of a chemoprevention programme.

In 2014, thanks to these measures, the number of people with malaria dropped by more than 70 percent. However, cases started to reappear little by little, until they had more than doubled in 2016 during the same period.

“The decrease in mortality at the ITFC, which went from 16 percent in 2012 to just over six percent in 2016, indicates progress,” explains Dr Carol, MSF medical coordinator in Niger.

“It is attributed to both the prevention campaign and the continuous improvement in quality of care.There is no doubt that the prevention efforts must be continued, but it is too soon to explain the specific reasons for this resurgence.

“We can only put forward hypotheses and propose action plans accordingly.”

Louise Annaud/MSF
This first aid room is a stabilization area for children arriving in severe conditions. It’s also where children are treated first before being sent to different services according to their pathology and the severity of their condition.

Organisational problems and lack of means

Prophylaxis for seasonal malaria prevention involves administering treatment during the four peak months (June to October), when the incidence of disease is at its highest.

This primarily applies to children aged between three months and five years old, who are the most vulnerable. In Niger’s Magaria and Dungass districts, 109,390 children have benefited from this programme, representing over 93 percent of the targeted areas’ population in that age group.

This year, organisational problems and a lack of means have stifled the effectiveness of the prevention campaign.

For example, there was a shortage of rapid diagnostic tests at some health centres between June and August (at the height of the peak period). Correct administration is a critical factor for the success of treating malaria.

This year, Epicentre, MSF’s centre for epidemiological research, conducted a study at six centres in the Magaria district (Zinder region).

This was to assess the efficiency of a seasonal malaria chemoprevention programme, implemented directly in the field.

“Perhaps there was some slackening after the success of the first prevention campaigns, but there are many factors that can cause an unexpected increase in transmission,” says Dr Carol. “We’re also in the process of assessing the impact of the rains.

“The rains, which, as well as arriving earlier than usual this year, have been very heavy, and this has encouraged the spread of malaria.

An influx of patients from Nigeria

Further south, in the Maradi region, our teams have confirmed an influx of patients from Nigeria.

“In September, up to 52 percent of our patients came from Nigeria," explains Felix Kouassi, MSF’s head of mission in Niger. “People cross the border to come to the centres where we work, where the healthcare is free.

“But this poses a serious problem for the effectiveness of our prevention programme, which is only reaching 50 percent of the target population.

“This situation is leading us to consider the need to carry out malaria prevention activities beyond Niger's border.”