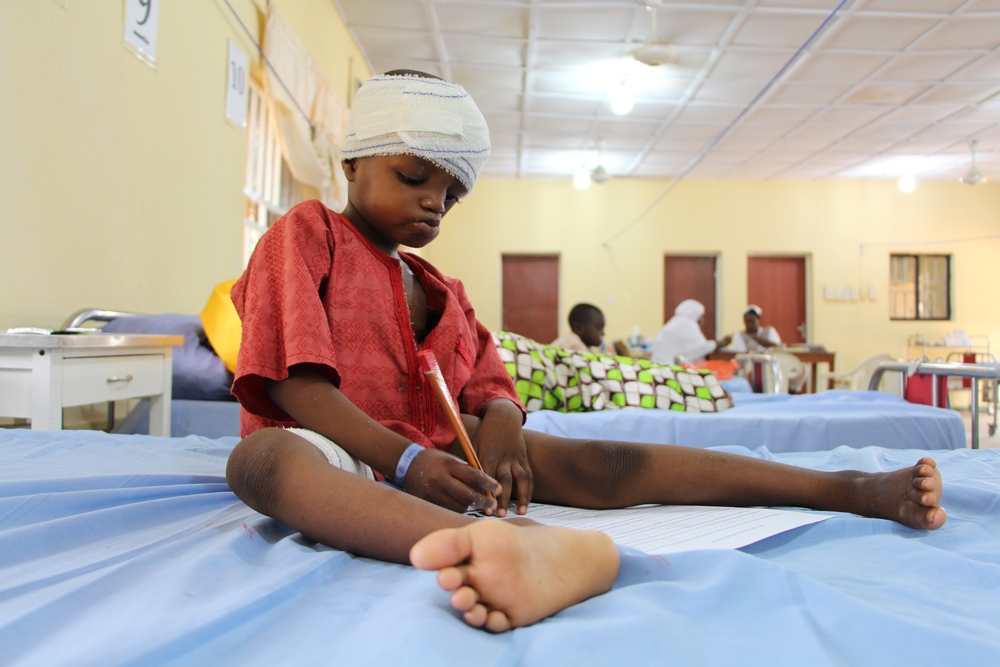 MSF has held its first surgical intervention in Nigeria for people with noma, a disfiguring and often deadly infection which mainly affects young children.

In late August, 19 patients at the Noma Children's Hospital in Sokoto, northwestern Nigeria, underwent reconstructive surgery which will improve their health and their chances of re-entering society and living a normal life.

Most patients suffering from noma are children under the age of six, whose immune systems have been weakened by malnutrition, often in conjunction with measles. 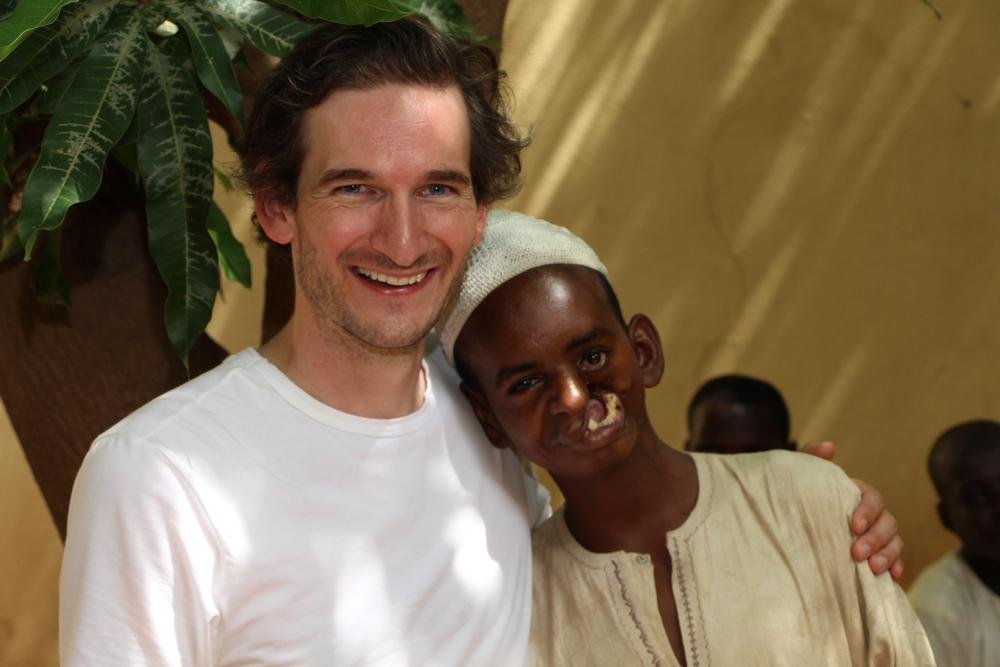 MSF
MSF clinical psychologist Thomas Hoare is one of four members of a mental health team who provided support for patients before and after noma surgery at the Children's hospital in Sokoto State, in northwest Nigeria.
6-year old Zayyanu Murtala recovers from surgery to reconstruct a hole in his jaw and damage to his eye, caused by Noma

The disease begins as an ulcer inside the mouth. The ulcer becomes gangrenous, and as it grows, it destroys facial bones and soft tissue. Left untreated, the disease is fatal in up to 90 percent of cases.

Yet despite its severe consequences, and the fact that it is relatively common in less developed countries, and especially in sub-Saharan Africa, noma is not widely known and receives little public attention.

MSF’s surgical team arrived to find more than 30 prospective patients waiting in Sokoto. The team selected 19 people for reconstructive surgery, based on the complexity of their condition, their overall health and the time available. Nine underwent two rounds of surgery.

MSF surgeons operate on 6-year old Zayyanu Murtala to reconstruct a hole in his jaw and damage to his eye, caused by Noma.

Okole Chukwumalinje , aged 46, had been on the waiting list for surgery since January 2014. “I am grateful I was selected for surgery,” said Okole. “I am hoping that if the treatment is successful I can start a new life and become a missionary.”

They worked in conjunction with MSF’s Noma project team in Sokoto and staff at the Noma hospital.

Surgery corrects the problem. “A Noma surgery can last as long as six hours,” says Dr De Bruijn. “In some cases, all that is needed is a skin graft. In others, we may have to reconstruct parts of the face.” 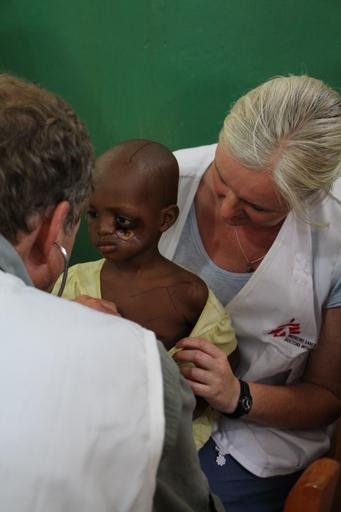 Adavize BAIYE/MSF
A MSF surgical team holds a consultation with Zayyanu Murtala ahead of his surgery to reconstruct his face.

Prior to surgery, an MSF mental health team worked with patients and their caregivers to build their trust, support them in speaking with medical staff, and help them understand the complicated medical procedures associated with Noma surgery.

Aisha Danyaya recovers from Noma surgery in the MSF supported recovery ward in the Children’s Hospital in Sokoto, Nigeria.

The team also worked with younger patients to help them develop social skills they may have missed out on, as patients suffering from noma are often shunned by society.

“Supporting a young person and their family to overcome the emotional impact of the disfigurement is a core part of the counselling,” says MSF clinical psychologist Thomas Hoare.

Those Noma patients who were not selected for surgery this time around will have another chance to have facial reconstructive treatment when MSF holds its next surgical intervention in Sokoto in early 2016. Going forward, MSF plans to hold Noma surgeries in Sokoto four times a year.