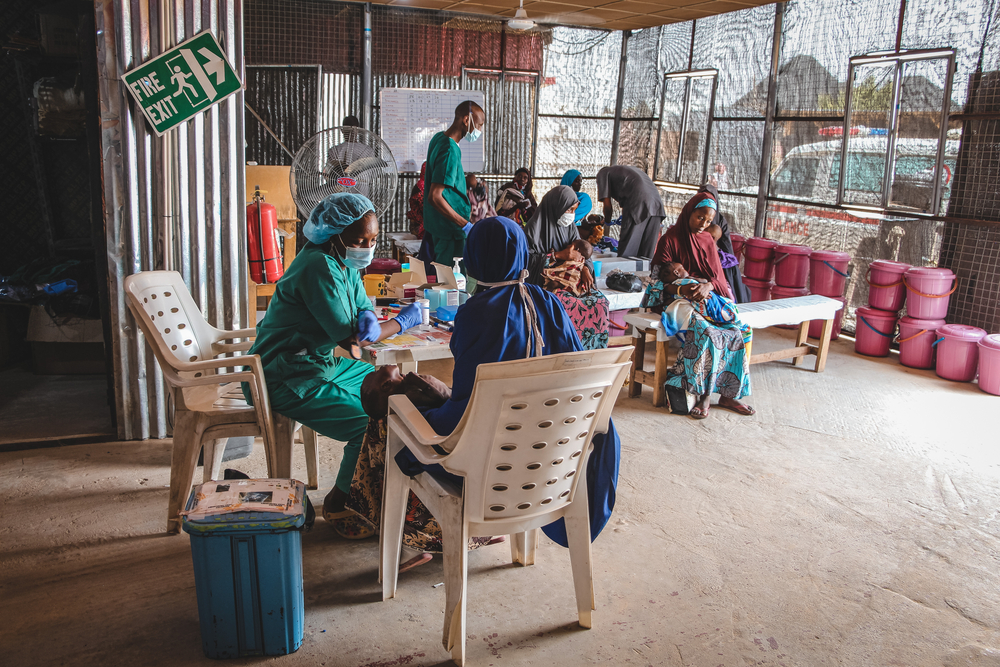 30th June, 2022- Since May, Médecins Sans Frontières (MSF) has been witnessing an unprecedented influx of malnourished children to our nutrition centre in Maiduguri, Nigeria, suggesting an alarming nutritional crisis in Borno state. We are therefore calling for an urgent scale up of the humanitarian response in Borno in advance of the ‘hunger gap’ peak period, which could be much more severe than previous years if current trends continue. 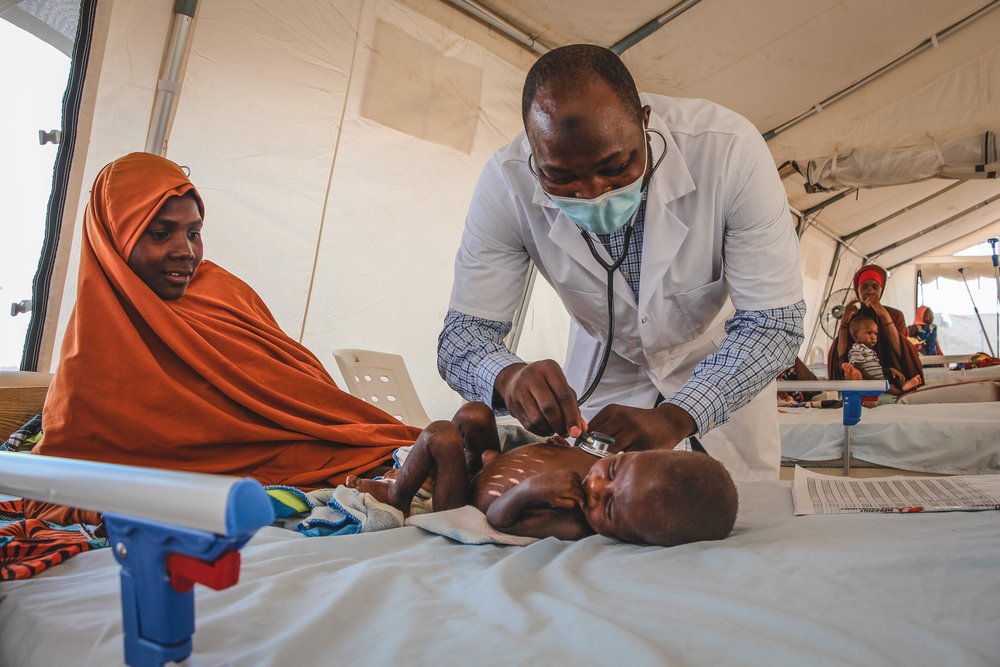 “It is critical that action is taken now, in advance of the seasonal malnutrition peak, to avoid an even worse situation,” says Shaukat Muttaqi, MSF head of mission in Nigeria.

The beginning of the hunger gap

“We are only at the very beginning of the hunger gap period and already our facility is overwhelmed with more patients than we’ve ever seen on a monthly basis since the project opened in 2017."

“It is critical that action is taken now, in advance of the seasonal malnutrition peak, to avoid an even worse situation”

"Previous trends tell us the worst is still to come. This represents a big flashing warning sign. Unless urgent steps are taken to prepare for the looming peak, people in Maiduguri will suffer deadly consequences,” says Muttaqi. 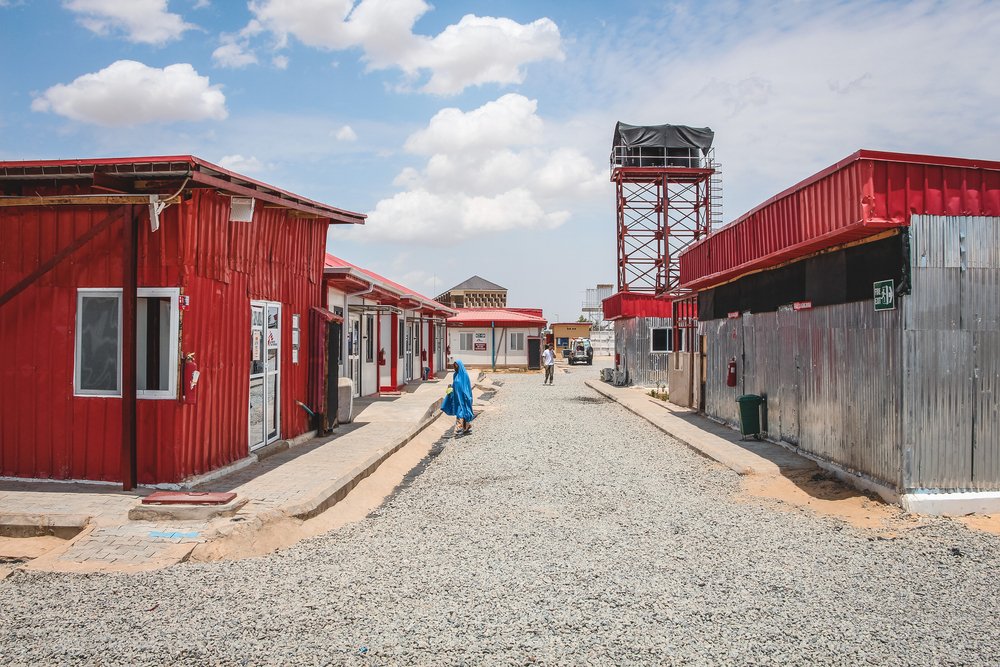 Nasir Ghafoor/MSF
A view of the Nilefa Kiji nutrition hospital run by MSF in Maiduguri, Borno State in Nigeria. The hospital is set up in containers and tents to treat children suffering from malnutrition. (June, 2022).

So far this year, we have admitted 2,140 malnourished children for hospital care in our inpatient therapeutic feeding centre (ITFC) – about 50 per cent more than from the same period last year.

For six weeks in May and June, even though the peak hunger gap season had barely begun, more malnourished patients arrived than at any time since the project opened in 2017 – including at the very peak of the season in previous years. Up until May, our outpatient therapeutic feeding programme saw a 25 per cent increase in enrolments compared to last year. 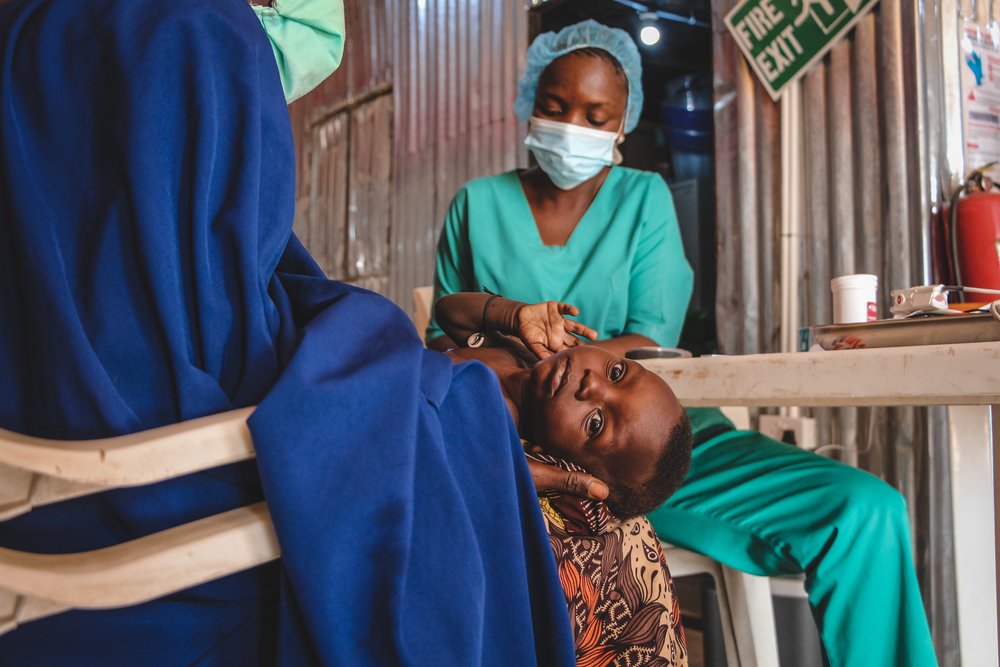 In response, our teams extended the existing ITFC capacity from 120 beds to 200 beds. Even with that emergency measure in place, for some days in June there were not enough beds for all the malnourished children being admitted.

"Previous trends tell us the worst is still to come. This represents a big flashing warning sign. Unless urgent steps are taken to prepare for the looming peak, people in Maiduguri will suffer deadly consequences”

Other humanitarian organisations have also been operating at full or beyond their capacities. In some cases organisations have had to reduce services due to a lack of funding – including the closure of 16 much-needed outpatient therapeutic feeding centres. As a result and if current trends continue, services will be overwhelmed, and many more malnourished children will be at risk of dying.

“Most urgently, we need to see an increase in hospital capacity for treatment of severely malnourished children, but that must also be met in parallel with a major scale up of interventions at the community level to get ahead of a potential worst-case scenario,” says Muttaqi. “That means expanding outpatient feeding programmes, food security, immunisation, and access to water and hygiene.” 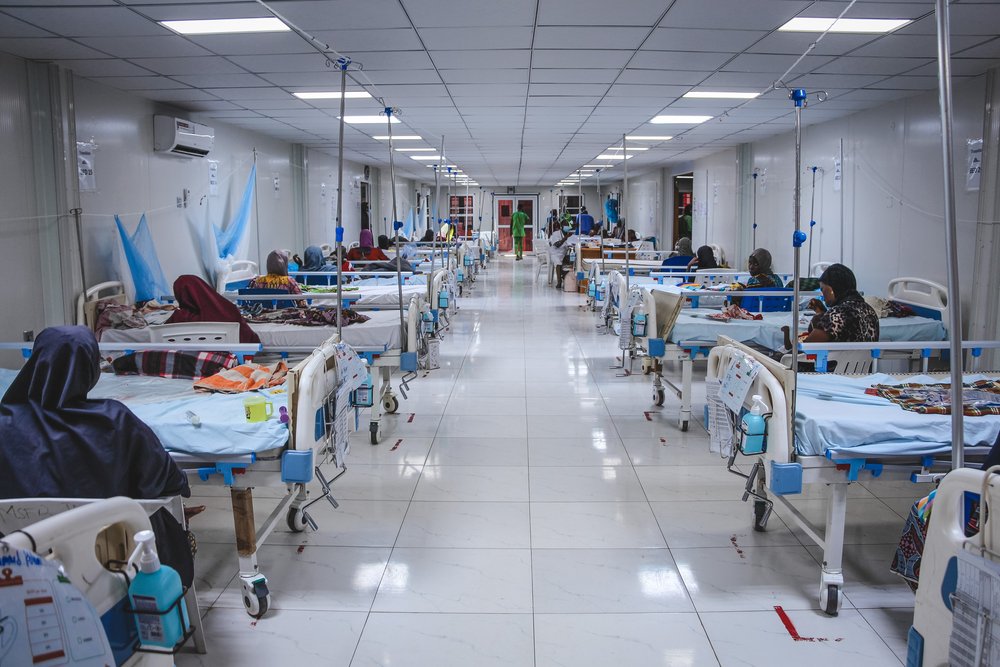 Nasir Ghafoor/MSF
A view of one of the wards of the inpatient therapeutic feeding centre (ITFC) at Nilefa Kiji nutrition hospital run by MSF in Maiduguri, Borno State in Nigeria. (June, 2022).

Malnutrition is a chronic and multi-faceted concern in Borno State, driven by the cumulative impact of displacement, insecurity, poverty, lack of access to healthcare and other factors. It is historically most acute between late June and early September during the ‘lean season’ – the period between the planting of crops and the harvest period. The added stressors of low immunisation, lack of access to clean water, hygiene and healthcare, too often combine with chronic food insecurity to produce devastating effects for children.

Periodic outbreaks of diseases, particularly measles and cholera, as well as seasonal peaks of malaria, can further compound the situation. Last year, Nigeria experienced an exceptionally large outbreak of cholera while immunisation rates among children in Borno State are alarmingly low. Access to healthcare is also a daily challenge for people, particularly those who are displaced. 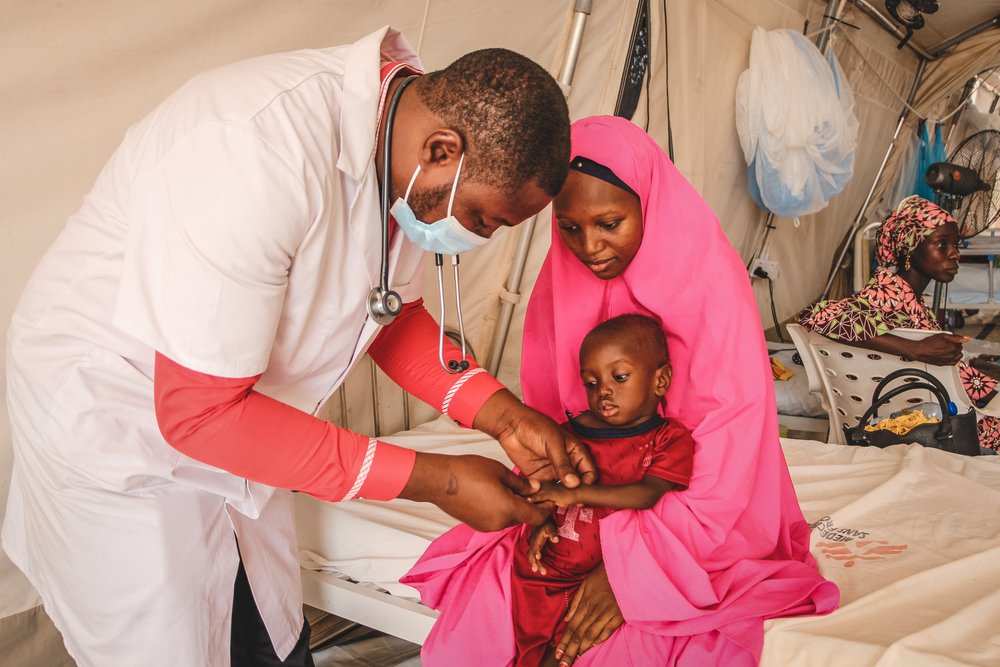 “My children never got vaccinated apart from their immunisation at birth. My four-year-old son becomes sick during the rainy season every year. There is no free medical facility in our area, so I just take him to the pharmacy and get medicine there,” says Hussaina Ali, whose youngest child is now also malnourished and is undergoing treatment at the ITFC.

The cumulative impact of years-long conflict and insecurity continues to drive long-term displacement, which undermines peoples’ ability to cultivate food and access healthcare. As a result, rising food prices are taking a particularly high toll on displaced people. In the MSF ITFC, 32 per cent of the malnourished children admitted belong to internally displaced families, who are particularly reliant on humanitarian assistance. 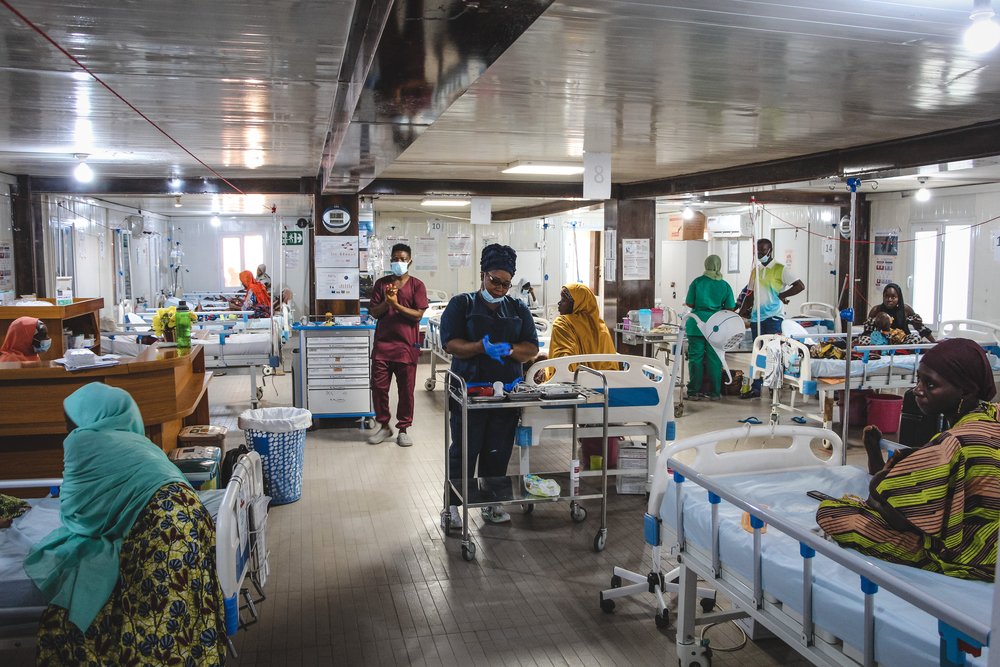 “As the traditional peak of the lean season is approaching, Borno is standing on the edge of a crisis that could put the lives of thousands of children in danger,” says Dr Htet Aung Kyi, MSF medical coordinator in Nigeria.

“There is no time to lose. An urgent scale up of the nutritional response is needed now, and humanitarian organisations have to be much better prepared for the peak,” says Kyi. “This means tackling malnutrition by scaling up the medical response, but also in parallel preventing health threats such as measles, cholera and other infectious disease outbreaks.”