Two years ago fighting erupted in Jebel Marra forcing nearly 160,000 people to look for protection. Over 23,000 settled around the small village of Sortoni and clustered together to form an IDP camp. But many are still reluctant to return home despite the difficulties of life in the IDP camps. Elmounzer Ag Jiddou, MSF´s head of mission in Sudan, has both lived and worked in this part of Darfur and explains the daily challenges of life in this overcrowded camp.

A permanent state of tension still exists in and around Sortoni internally displaced persons (IDP) camp, even if the intensity of violence is far from what it was in the past. In Sortoni, where UNAMID provides some protection, life remains incredibly difficult, but the population chooses to stay as they know the same armed men who attacked them in their old homes in Jebel Marra are still there.

Living in Sortoni is unimaginable for most. It is a bleak, congested place with over 23,000 people living packed together. Food rations provided by the World Food Programme have been reduced to only two staples and the quantity has been slashed. The supply of water is limited.

We knew that from a public health standpoint such a densely packed environment is the perfect condition for diseases, such as diarrhoea and measles, to spread.
ELMOUNZER AG JIDDOU MSF´S HEAD OF MISSION IN SUDan

Violence is never far away, as armed tribal groups live close to the camp and frequently come into conflict with the IDPs over grazing rights. We hear of women and children who have been attacked, beaten, sexually assaulted and sometimes even kidnapped, while searching for grass, wood or water outside the camp. It is not uncommon for men to be captured and killed.  We treat the injured in our hospital.

The lack of clean water often forces families to search for alternative sources. The 7.5 litres per day provided to each person is not enough for cooking, cleaning and for their animals. Often they risk going to stagnant pools of contaminated water which can cause sickness like acute diarrhoea or jaundice. 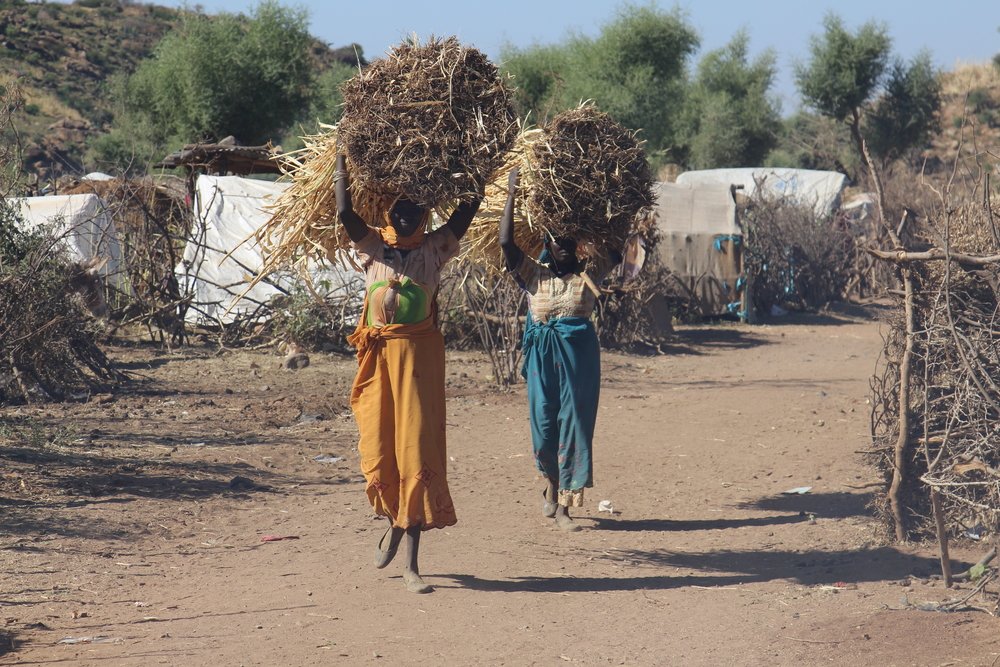 Women who leave the camp to gather wood and grass are sometimes the targets of sexual violence.

Most people in the camp are women and children. Many of the men died during the years of fighting or are elsewhere trying to scrape together a small income to support their families. In some very difficult situations both parents have died and a young child, sometimes no older than eleven or twelve is given the responsibility to raise his or her siblings. The psychological pressure on them can be immense.

Improvements to healthcare that need to be reinforced

Despite the difficulties of day to day life, I have seen some small improvements in medical terms. Until recently, armed gangs preyed on travellers on the road to Kabkabiya Hospital, the closest referral hospital where surgery is available. Robberies, kidnappings and killings were a regular occurrence.

It is now possible to reach the hospital unmolested in just under two hours, a journey that was previously never guaranteed to be completed. This was unimaginable four years ago when I was last posted to Darfur.

Living in Sortoni is unimaginable for most. It is a bleak, congested place with over 23,000 people living packed together.
Elmounzer Ag Jiddou MSF´s head of mission in Sudan

When MSF first arrived in Sortoni, we saw that families were afraid of attacks and built their shelters closely together for protection. We knew that from a public health standpoint such a densely packed environment is the perfect condition for diseases, such as diarrhoea and measles, to spread. Over time, our team has worked closely with the camp elders to build up basic sanitation systems and promote community health and hygiene. 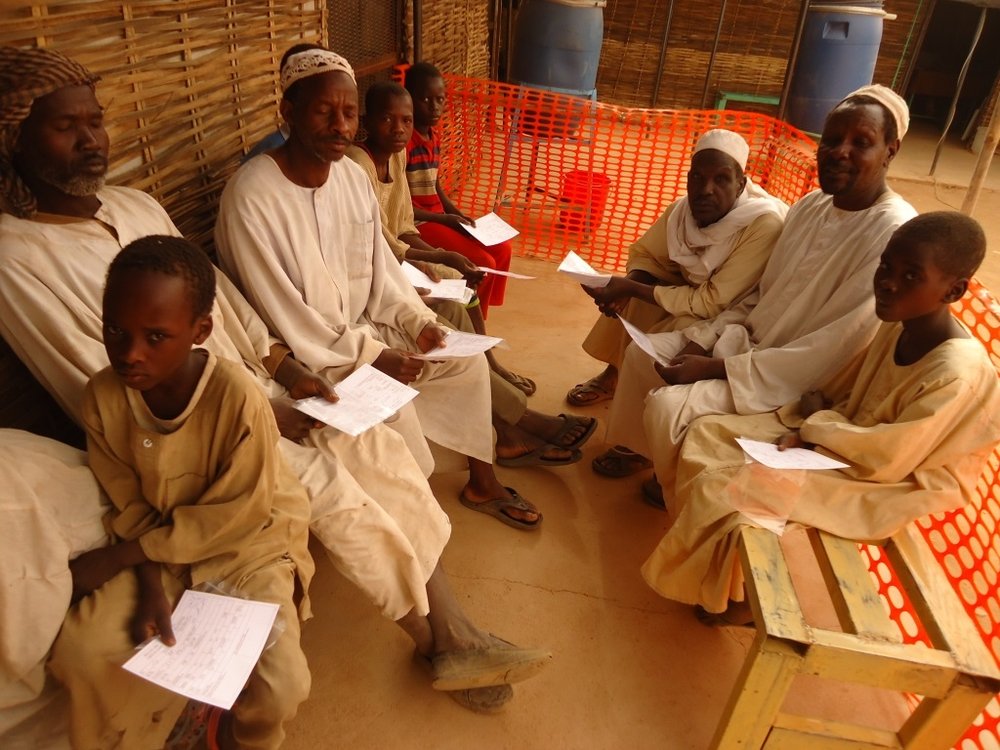 MSF/
Patients wait to see a doctor or nurse with their referral card from treillage. In 2017 MSF saw over 31,000 patients in the inpatient department.

MSF, with the support of the Sudanese Ministry of Health regularly deals with a variety of conditions in its 35-bed hospital which include, upper and lower respiratory illnesses and diarrhoea. In the early days of the 2016 emergency, MSF treated many people wounded in violent attacks. Over time this number fell, but we remain vigilant in case an attack on camp happens again and we need to treat multiple casualties at the same time.

Working with the community

One of our successes has been working with traditional birth attendants. Through dialogue with these respected members of the community, we have been able to develop a culture of cooperation. They understand the importance of bringing a mother to our hospital when complications arise.

Nearly everybody in Sortoni wants to return home to Jebel Marra. But fighting in the area means this dream remains as difficult today as it was two years ago. Until they can return home, the government, humanitarians and international relief agencies need to ensure that the basic rights every IDP deserves are provided for.

MSF has been active in Sudan since 1979. Currently the organisation has three hospitals in North Darfur, one in West Darfur and a project that is supporting South Sudanese refugees in East Darfur. We also support two hospitals in White Nile State supporting the local Sudanese population and South Sudanese refugees. In Al-Gedaref State MSF runs a Kal Azar treatment and research project.