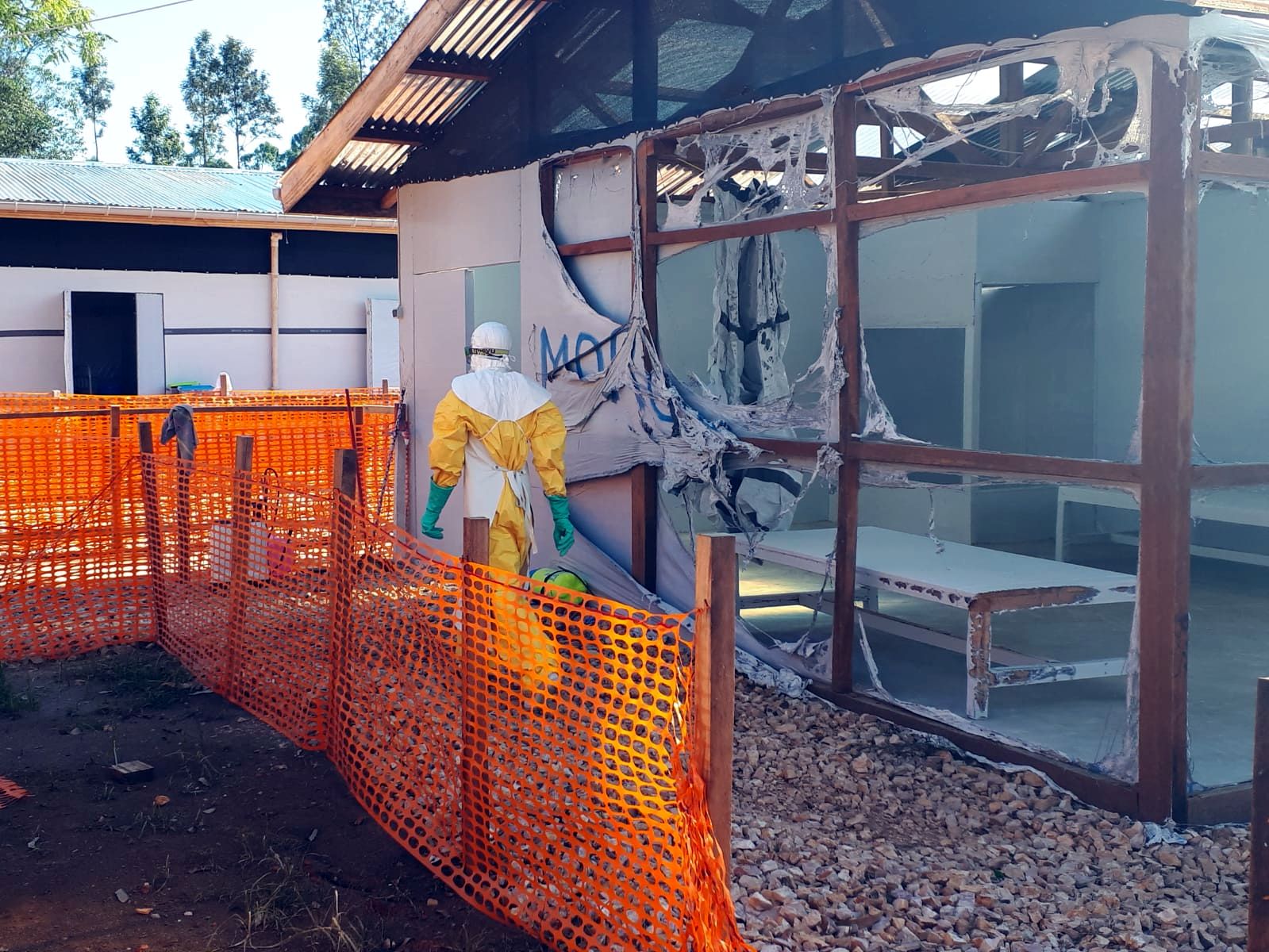 Médecins Sans Frontières has decided to suspend the activities of an Ebola Treatment Centre in North Kivu, the international medical organisation announced today. This happened after a violent attack on 24 February where the facility was partially burnt down. The suspension will severely limit access to essential health services.

At 10pm on 24 February, unidentified assailants attacked the MSF-managed Ebola Treatment Centre in Katwa. After throwing stones at the facility, they set parts of the structure on fire and destroyed wards and equipment. The brother of a patient died while reportedly trying to escape the scene. The exact circumstances of his death are still unclear at this point.

“This attack was traumatic for patients, their relatives and staff present inside the centre at the time” said Emmanuel Massart, MSF’s Emergency Coordinator in Katwa. “We managed to relocate all four confirmed and six suspected patients to nearby treatment centers, but this attack has crippled our ability to respond to what is now the epicentre of the outbreak.”

“Although the reasons behind the attack are unclear and such violence is unacceptable, what we know is that the actors of the Ebola response – MSF included – have failed to gain the trust of a significant part of the population.” said Meinie Nicolai, MSF’s General Director currently visiting North Kivu. “All those involved in this response must change their approach and truly engage with the grievances and fears of the communities.”

Previous Ebola outbreaks have demonstrated the importance of gaining the acceptance of the community. Without the communities trust, the sick and dead remain hidden and health workers risk being threatened or assailed.

More than six months after the beginning of the Ebola outbreak in North-Kivu and Ituri, the epidemic is not under control with more than 870 confirmed patients and more than 540 deaths. After some successes in stopping transmission in the initial epicentres of Mangina and Beni, and some ancillary locations such as Tchomia, Mutwanga, and Masereka, the epidemic has spread from 4 to 19 health zones. People continue to die in the community, become infected in health centres, and the majority of new cases cannot be related to known Ebola cases.