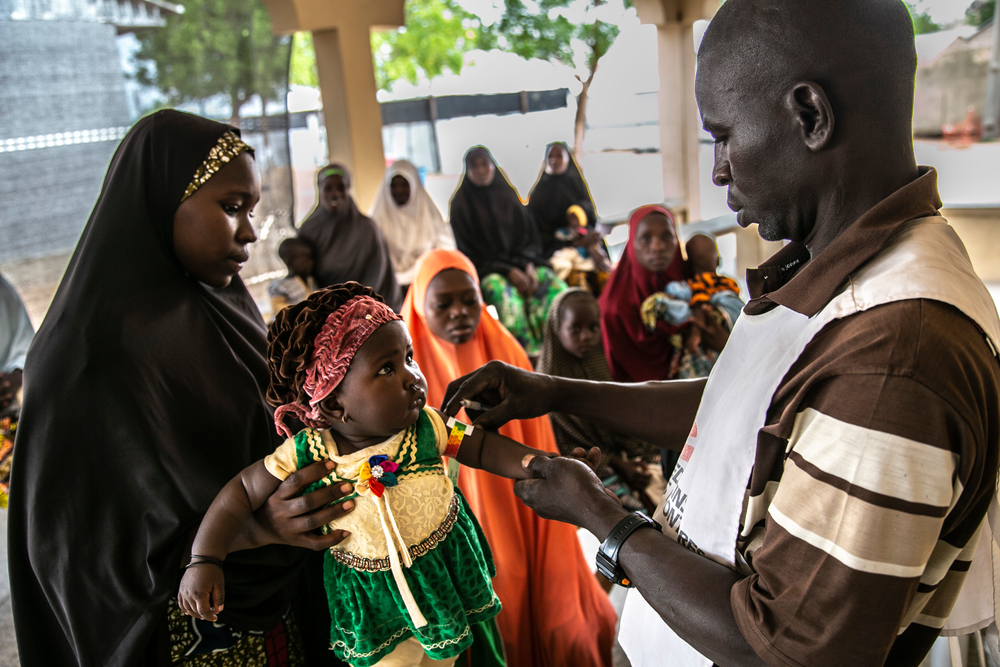 Northeast Nigeria: “The conflict is intensifying and the needs are massive”

Interview with Luis Eguiluz, MSF Head of Mission in Nigeria since 2017 on the ongoing humanitarian crisis in the northeast of the country.

You arrived in Nigeria in September 2017; do you think the situation for the population in Borno has improved since then?

After more than 10 years of conflict between non-state armed groups and the Nigerian military, the situation is only getting worse. The conflict is intensifying and the needs are massive. The United Nations estimates that there are more than two million people who have been displaced from their homes due to violence, and more than seven million who depend entirely on humanitarian aid to survive. The most serious problem is that there are more than a million people living in areas controlled by non-state armed groups – humanitarian organisations do not have access to these areas, and the people living there do not receive any kind of aid at all. The conflict may be nothing new, but this crisis is extreme, and it is happening right now; in our projects we witness the impact that it has on human beings.

What are the main problems in providing humanitarian assistance in Nigeria?

The security situation has clearly deteriorated in recent months, and it is a challenge for humanitarian organisations to provide adequate assistance to the population. On one hand, organisations face the risk of violence – unfortunately, the killings and abductions of humanitarian staff have increased in recent months – and because of this, the presence of aid is very limited outside the state capital, Maiduguri. On the other hand, counter-terrorism laws in Nigeria impose real limitations on humanitarian action and principles.

What are the main needs of the population?

In ‘garrison towns’  ­–  towns controlled by the Nigerian military ­– there are still critical needs that are not covered, especially when it comes to healthcare, clean water, shelter and protection. In many cases, the population is totally dependent on humanitarian aid to survive. In the case of Pulka, the population has tripled since the beginning of the conflict and there isn’t enough farmland to cultivate. In addition, people cannot go beyond the town’s military perimeter. If they do, they run the risk of being attacked by non-state armed groups or being considered part of the armed groups by the Nigerian military. And outside the garrison towns, the needs are expected to be even higher since there are more than one million people that have not received humanitarian assistance since the beginning of the conflict.

In locations such as Pulka or Gwoza, MSF projects have a protection component, what exactly does this consist of?

In our projects we run outreach programmes, which identify people who are more vulnerable and at risk of violence, exploitation or the loss of basic rights or services. Our first priority is to ensure medical care. Then, based on their needs we identify organisations that ensure access to appropriate assistance and services, such as child protection. This is especially important in the case of unaccompanied minors who reach these garrison towns. Often these children have experienced several episodes of violence, and may easily become victims to further abuse.

Have you seen an increase in cases of sexual violence?

We are seeing more cases because we have been able to finally reach people – often, survivors of sexual violence do not seek attention due to stigma and fear, so in our outreach and protection activities we have worked to build a relationship with the community based on trust. We know that in situations of conflict, women and children are usually the most exposed to violence, and MSF is increasingly seeing victims of sexual violence perpetrated by all parties to the conflict. In this context there are no protection mechanisms that would serve to prevent these abuses in normal situations, or at least to mitigate their consequences.

Does the lack of economic resources increase the vulnerability of these people?

Of course; displaced people who do not have enough food or fuel or water are far more vulnerable to exploitation or abuse. As I said before, going outside the security perimeter to obtain food or essential items like firewood entails significant risks – those who do go beyond the perimeter are often attacked by armed groups.

Despite such risks, and the fact that this situation remains an emergency, some actors have started implementing development programmes instead of providing humanitarian aid.  This pushes people to expose themselves to additional risks in a context where security is not guaranteed.  For example, some food distributions have reduced, due to a change in parameters to reflect development needs; this makes people far more likely to try and source their own food, often beyond the security perimeter.

Are displaced people still arriving to the garrison towns?

Although they continue to arrive to garrison towns such as Pulka and Gwoza, there are now fewer displaced people arriving from areas controlled by non-state armed groups. Now we see more people who move for a second or third time from another military-controlled area and end up here. We are concerned that government-endorsed policies are encouraging people to return to, or settle in locations where there are not enough basic services and where insecurity is growing.

After two and a half years as Head of Mission in Nigeria, what is your impression of the humanitarian crisis in Borno?

Right now the situation shows no signs of improving. The most urgent, abundant and clear needs are simply not being met in Borno. We know that the conflict is only intensifying and that our work – to provide emergency medical humanitarian assistance – must continue. But the severity of this crisis simply is not being addressed properly by the Government of Nigeria and international actors. We must continue working and pressing for humanitarian action – at this stage, the most basic needs must be the priority, saving lives must be the priority, and we must not underestimate the urgency of this crisis that remains one of the most acute in recent years.