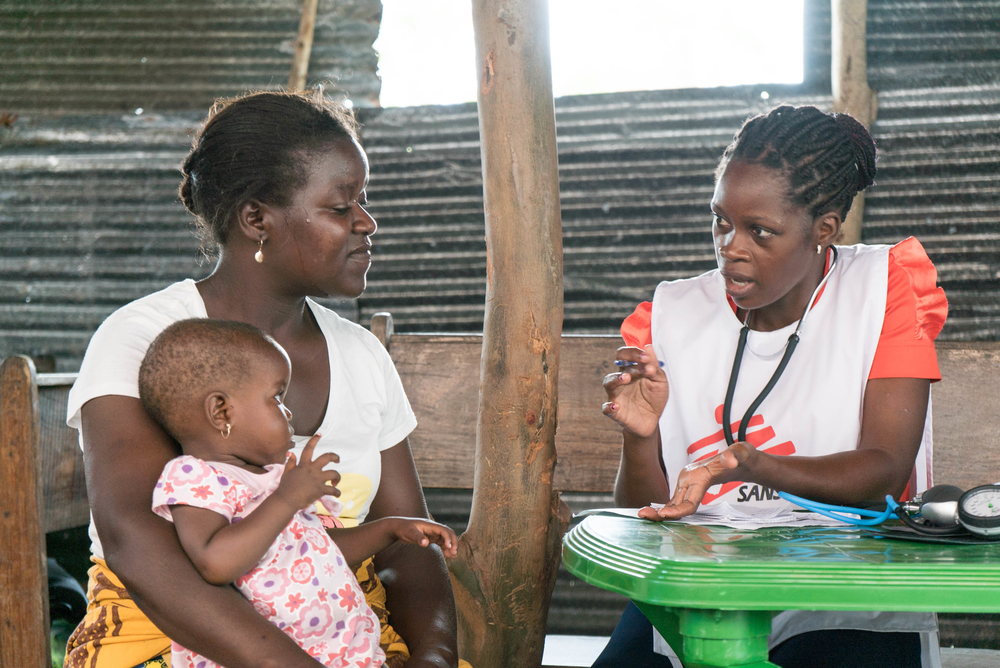 MSF has been providing healthcare in Cabo Delgado province, one of the poorest and most isolated regions of Mozambique since February 2019. Early activities were rapidly disrupted by Cyclone Kenneth and replaced with emergency response to displacement and cholera. Since then, MSF has been building up healthcare activities. Bruno Cardoso, MSF’s project coordinator, has just returned from Mozambique and tells us more about the situation and what MSF does there.

It is a region with a lot of natural resources, such as rubies, oil, timber and gold, and huge economic potential. However, these resources and its location on the border with Tanzania have left the province rife with illegal activities including drugs and ivory smuggling. This situation has seriously deteriorated since the work began to extract one of the largest liquid natural gas reserves in the world.

In late 2017, attacks perpetrated by a poorly understood insurgency group started to spread south from the far north of the province to other parts. Since then, there have been almost 300 attacks and over 700 people have been killed according to Rhula, a risk management company. MSF teams have witnessed lines of people walking on main roads, as their villages go up in flames. Many people have been forced to flee their homes and relocate elsewhere in the province, usually with family or relatives. This pattern makes the exact count very difficult, but according to the International Organisation for Migration (IOM) more than 60,000 people have been displaced.

The coastal areas have been worst affected by the violence. Many of the people who lived there have moved larger urban areas, like Ibo Island, Mocimba da praia, Macomia and Pemba, the capital of the province. In the town of Macomia, you often have four families living together in one house now. Most want to remain invisible as they come from the areas where violence erupted and don’t want to be associated with the perpetrators.

MSF
The road to Metuge is heavily damaged due to the cyclone and rains, making some areas difficult to reach by car and with equipment. May 2019.
As well as the violent insurgency, people in Cabo Delgado have also been forced from their homes and livelihoods by Cyclone Kenneth, which struck Mozambique in April 2019.

Healthcare in Cabo Delgado is, in general, worse than in the rest of Mozambique, which already has poor health indicators. Many medical staff have fled the region, leaving health centres deserted. As a result, access to healthcare is extremely limited compared to the province’s health needs, especially related to malaria, malnutrition, respiratory diseases and antenatal care.

The situation for people who have been displaced by violence or the cyclone is even more critical as their living conditions make them more prone to some of these diseases. The loss of access to their land, and therefore their crops, has accelerated food insecurity and levels of malnutrition. 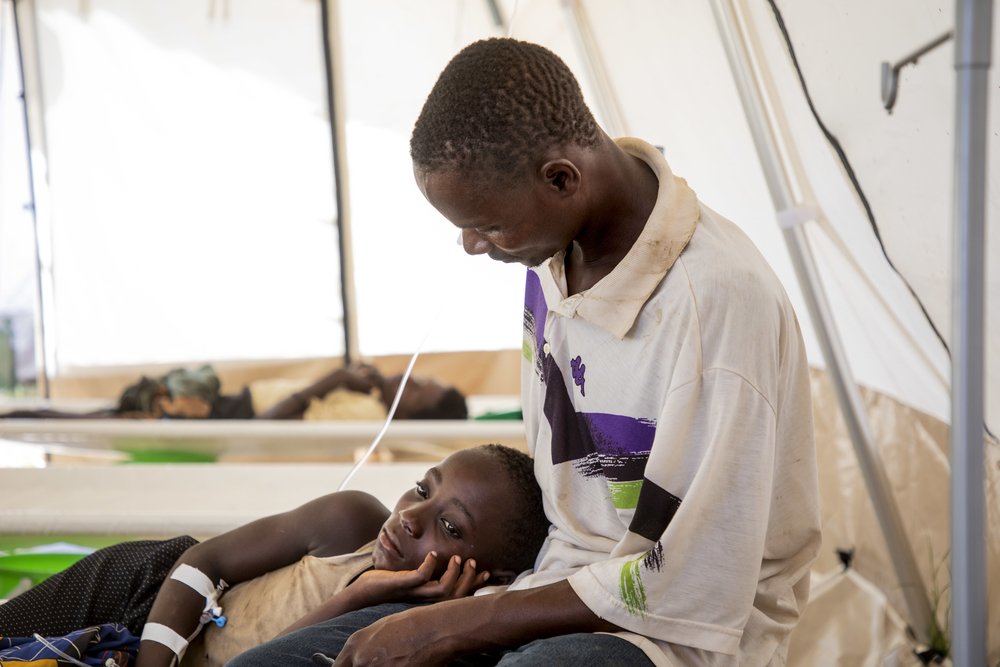 The number of patients visiting health centres in urban areas has increased due to the influx of displaced people. Our primary focus has been Macomia, an inland town where a lot of displaced people now live and where health services are not able to cope with the demand. MSF supports a health centre in the town, alongside the Ministry of Health.

When MSF arrived one of our first actions was to improve the triage system; patients with severe conditions had been waiting in the same line as those with less serious or life-threatening issues. After rehabilitating several parts of the health centre that had been damaged during the cyclone, MSF tackled some of its key structural issues in the centre, like electricity and waste management, to make it better prepared to receive a higher number of patients. The small fee, which patients must pay when entering the health centre, remains a barrier to our providing care to those most in need of it.

We are training existing Ministry of Heath staff with a focus on those working in the maternity, adult outpatient and paediatric departments, and those supporting sexual and reproductive health. Our team is still testing the best model in order to have an integrated approach which includes the health centre our mobile clinics and the community water and sanitation initiatives.

Security is still a big challenge and we are struggling to access all those in need. In Mocimba de Praia, we are currently setting up activities to support the local hospital, in the hope that this will enable us reach another part of the province. For MSF, this is just the start; we are looking to expand to areas where needs are the greatest.

MSF
255 families are temporarily living in this school in Taratara village in Metuge District. They had to leave their village and seek shelter for the Cyclone Kenneth. Their village has been washed away by the storm, nothing is left of it. They are now waiting for new land in order to build a new village. May 2019

But we need to be realistic, the needs are great and we are the only hands-on medical organisation working in Cabo Delgado’s conflict zone. We will have to continue focusing on areas where we can have a real impact. For example, there is a real need for healthcare on some of the islands and coastal towns, and we would like expand our support into those areas.

MSF will always try to go into these kinds of insecure environments, but that does not mean we can access those most in need. In some places, the roads are too dangerous or the violence too unpredictable. We regularly review and update our strategies in this very volatile context and build in restrictions to ensure the safety of our teams.

our work in Mozambique >