As winter approaches in northwest Syria, the already harsh living conditions of more than two million displaced people are becoming even more difficult to deal with. People living in camps across the region face the prospect of leaking tents, mud-filled streets and freezing temperatures.

“In the coming winter, it will also become more complicated for health workers to distinguish between people with symptoms of a cold and people with COVID-19 symptoms”

For many, it won't be their first winter in such conditions. Over the past years, northwest Syria has seen multiple waves of displacement, the latest in early 2020, when fighting in the region resulted in close to one million people fleeing to safer areas. 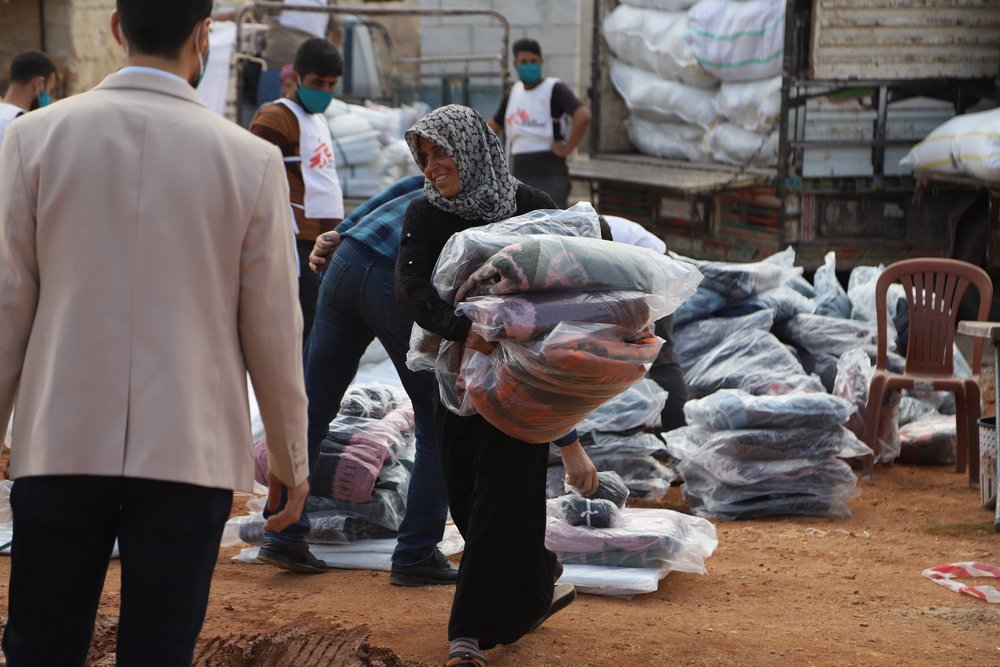 Abdul Majeed Al Qareh/MSF
MSF teams have started distributing ‘winter kits’ of warm clothes, tarpaulins, mattresses and blankets to around 14,500 families living in more than 70 camps for displaced people across northwest Syria, to help improve their living conditions over the coming winter.

“Life is tragic here, especially in winter – the tent can’t keep us safe from the cold and the water,” says Chahine Ziadeh, a resident of Fan Al-Shemali camp in Idlib governorate. Chahine fled his hometown in 2016 due to heavy shelling. Since then, he has lived in various camps in the region, before settling in Fan Al-Shemali two years ago. 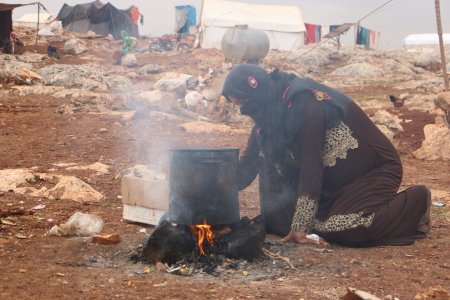 Whenever it rains, the roads in the camp become rivers of mud, making it difficult for people to leave their tents, either on foot or by motorbike, to buy groceries, get to work or see a doctor.

The muddy, flooded roads can also make it hard for aid workers to reach the camp.

Teams from Médecins Sans Frontières/Doctors Without Borders (MSF) have started distributing ‘winter kits’ of warm clothes, tarpaulins, mattresses and blankets to around 14,500 families living in more than 70 camps for displaced people across the region, to help improve their living conditions over the coming winter.

“We are mainly distributing these relief items to protect families from heavy rain, because many tents already have worn-out sheeting” says MSF logistician Abdulrahman. “We are also worried about winter approaching because, over the past two years, we have seen lots of scary floods in the camps.”

MSF teams have also started rehabilitating 2,275 tents in six camps west of Idlib. This involves installing flooring in and around the tents, improving the tents’ thermal insulation and building brick barriers to protect them from flooding.

“Although this intervention on its own is not purely medical, it’s difficult to draw a line between what is medical and what isn’t in a protracted conflict and displacement situation such as in Syria,” says Dr Chen Lim, coordinator of MSF’s medical activities in northwest Syria.

“We cannot turn a blind eye to living conditions and their impact on the population’s health.”

A recent assessment conducted by an MSF health promotion team in several camps revealed that, for almost 70 per cent of the 116 interviewees, this winter will not be their first one in a camp. Almost everyone surveyed expressed fears that family members, principally their children, would get sick over the coming winter. 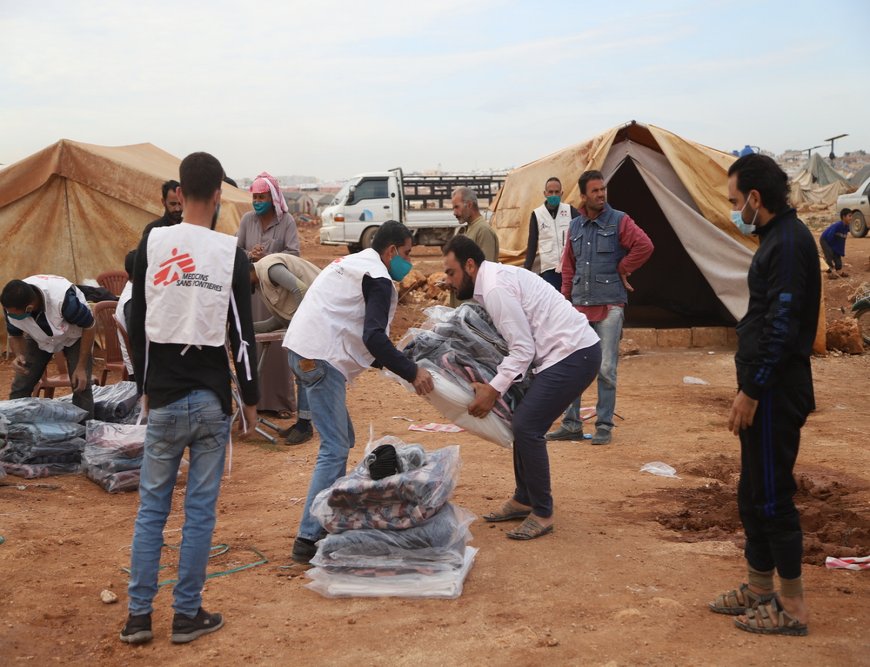 This year, another concern for people in northwest Syria is the COVID-19 pandemic, which continues to have a considerable impact in the region. So far, more than 17,000 confirmed cases have been registered and some fear that the number of infections will increase significantly over the winter period.

“In the coming winter, it will also become more complicated for health workers to distinguish between people with symptoms of a cold and people with COVID-19 symptoms,” says Dr Lim. “In that sense, winter is going to bring additional challenges for everyone to the already critical situation in northwest Syria.”