Northwest Syria: “You see children sitting in the snow under olive trees”

People are fleeing a government force offensive on the last opposition-held area in Syria.

An MSF doctor working in Deir Hassan camp, 30 km west of Aleppo, describes the situation as hundreds of thousands of people flee an offensive by government forces on the last opposition-held area in Syria.

“In the past week, the army has advanced rapidly through the countryside west of Aleppo. People weren’t expecting it. They left their homes in Al Atarib, Abian, Kafr Naha, Kafr Nouran, Maarat-al-Nouman.

'It makes you cry to see it'

Some left on foot because not everyone can get hold of a car. They walked for kilometres in the cold, without their belongings, without anything to keep them warm. Some fled with nothing more than the clothes they were wearing.

It’s been snowing for two or three days, here and across the whole of Idlib. You see people sitting on roadsides with blankets. You see women with children in their arms wrapped in blankets. You see children sitting in the snow under olive trees. It makes you cry to see it. 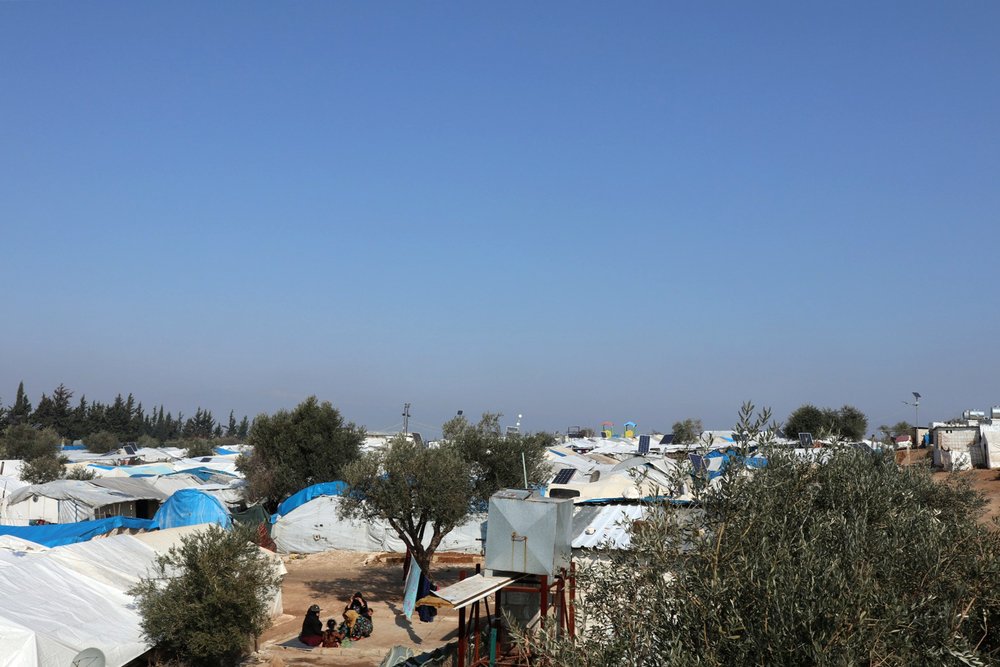 A lot of people are heading towards Afrin and Azaz. They know there are no houses to rent. They might be able to stay with people they know; otherwise, they’ll have to stay in the open until someone gives them a tent. Other people are wandering aimlessly and have no idea where they are heading.

Out in the open and freezing

In the city of Al-Dana, some people are living in unfinished buildings, with a roof and walls but no windows. But most can’t find a place to stay in town, so they are forced to pitch tents wherever they can.

The whole area is covered in tents, and the closer you get to the Turkish border, the more tents there are. Those who can’t afford to buy a tent are sharing tents with other families. Some people have dumped all their belongings on the ground because they haven’t got a tent yet and they are living in the open. The people living in the open are freezing. It’s catastrophic.

People of all ages are sick due to the cold weather. People don’t have heating and they don’t have medicines. They left their homes with nothing and so they need everything.

I’m also a displaced person. From the village where I live now, we can hear the bombing close by, coming from the frontlines. It’s scary and it’s stressful. But I’ve become experienced in displacement and I’m always ready to flee at a moment’s notice.

The war has been going for nearly nine years, but this year alone is equivalent to the past nine years if you consider all the difficulties we are living through. This year, the attacks have been brutal, with all kinds of weapons: artillery, airstrikes, rocket launchers, machine guns… People here know that the worst could happen at any moment. 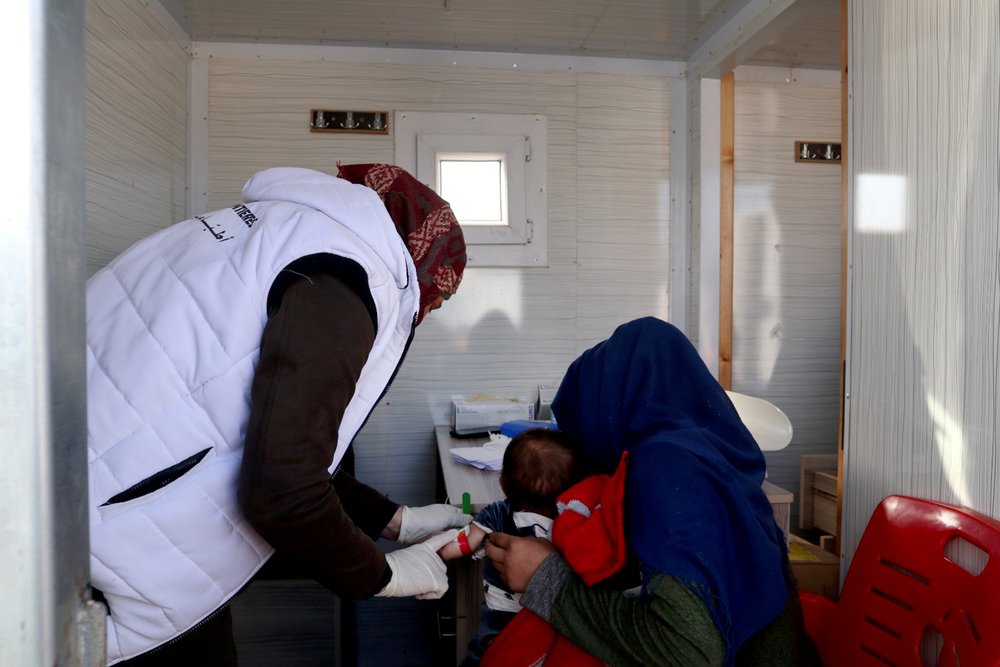 MSF
On February 17, 2020, a displaced Syrian woman is getting her son screened for malnutrition at the MSF mobile clinic in Qadimoon camp (Northwest Syria).

People are lost and have no idea what is going on. Fear has devastated us. We don’t know what’s going on politically and we don’t know what will happen in the future. No one knows what the situation will be tomorrow, only that there are bombings and that government forces are advancing. All we want is a safe place to live.”