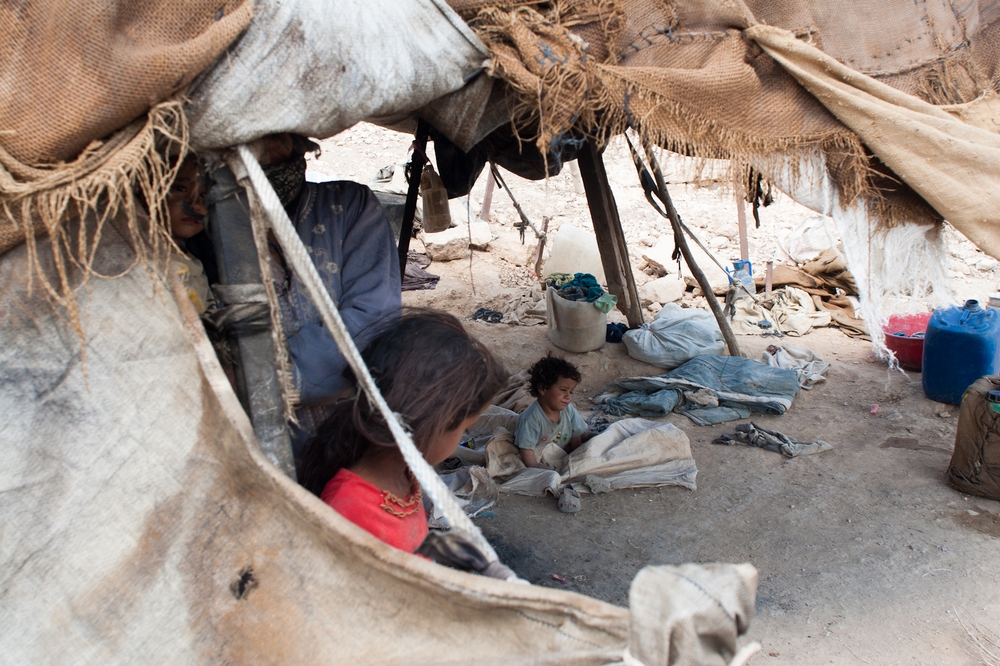 Tensions have increased in the hills east of Jerusalem where some 2,500 Palestinian Bedouins live. Their tents and metal shacks are being demolished by Israeli officials trying to force them off their land and into urban areas in the West Bank.

These Bedouin received a formal notification from the Israeli authorities in August, warning them to evacuate or be forcibly expelled. The people affected are stressed and scared, prompting Médecins Sans Frontières/Doctors Without Borders (MSF) to increase psychological support services.

Mirna, a mother of seven children living near Anata, east of Jerusalem, said: “We need somebody to share our feelings with and to know the suffering we are going through. I feel good because there is somebody that can understand us.”

Mirna lives with around 50 members of one Bedouin family in tents pitched among rocky outcrops and boulders. Every morning they graze their sheep on the short grass growing between the rocks.

The community is caught in the crossfire: Palestinian youths throw stones and the Israeli army fire bullets and tear gas. There is no safe place for these families; their home has turned into a place of fear and terror. And women and children are the main victims.

Mirna shows many symptoms of post-traumatic stress and anxiety such as excessive fears, bad moods, sleeping problems, eating problems, constant worry and psychosomatic complaints. She has had individual sessions with MSF mental health experts, and has participated in a counseling group session for women.

“Before these sessions, I was not aware of what was happening to me and my children. I was unable to understand what would happen further, and was very afraid. I lived in stress and fear and felt incapable of helping myself and my children,” said Mirna.

“But after these sessions, I understand that this is a reaction to what we saw and we are living through, so I am less stressed and less anxious and it helps me understand my children more.

“I have also learned how to deal with the symptoms of my children such as enuresis, fears, and nightmares and how to protect them further.”

Palestinian Bedouin communities are shepherds and rely on their goats, sheep and land for their livelihood. They are against being resettled to urban areas as it clashes with their traditional nomadic lifestyle, and they won´t be able to make a living if they lose their grazing areas.

Besides losing their homes and animal shelters, the Bedouins are also facing access restrictions to their lands, resources and markets to sell their products.

“The affected communities tell our psychologists that they feel stressed, fearful and helpless for their future. Children present regressive symptoms like bed wetting and difficulties to separate from their mothers,” says Juan Carlos Cano, general coordinator for MSF in the Occupied Palestinian Territories.

“We have increased our support in the last two months for those affected and in need of mental health assistance.”

MSF reaching out in east Jerusalem

Elsewhere in the east of Jerusalem, tensions are also growing. In Silwan more than 25 apartments have been occupied by Israeli settlers during October, and clashes, police incursions and detentions happen daily.

The MSF mental health team has offered support to the people affected by the violence.

From July to September alone, MSF assisted 532 new patients at several locations in the east of Jerusalem.

Find out more about MSF's work in Occupied Palestinian Territories