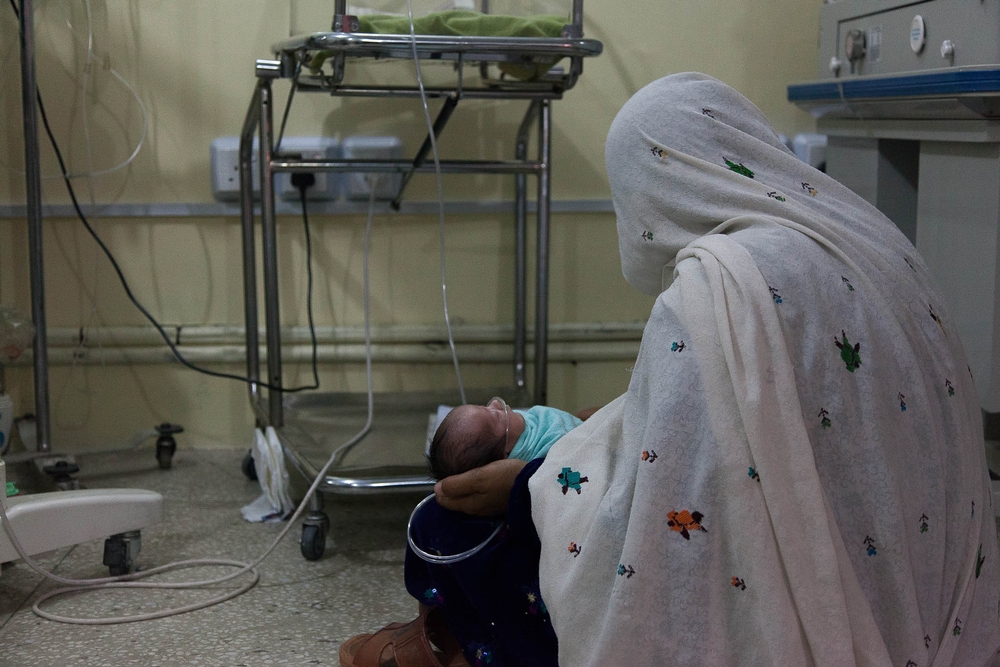 One woman dies nearly every hour in Pakistan from complications during childbirth. The maternal mortality rate is even higher in Baluchistan than the rest of the country. The largest but least populated province has some of the lowest national developmental indicators.

A third of women marry before reaching 15 and two thirds are illiterate. Only three out of ten pregnant women deliver their babies with the help of skilled birth attendants. And this can be fatal. Cecilio Tan has been Medical Coordinator of Médecins Sans Frontières (MSF) in Baluchistan since early 2013. He explains the factors behind a reality that MSF tries to mitigate.(*)

In the cities there are tertiary hospitals funded by the Government and private hospitals and clinics are mushrooming. The private ones are a little bit expensive, and unaffordable for the average person. In the rural areas there may only be basic healthcare units. You will be lucky if you have one nurse or paramedic. There are actually chances of not having doctors and proper materials.

Why is the maternal mortality rate so high in this province?

Common factors are poverty and a poor literacy rate.  Many people live in remote areas and women lack the decision-making power to be able to go into the clinics to have medical consultations. There is also conflict and political instability in the province, which is prone to natural disasters such as floods, earthquakes and other emergencies.

Moreover, the nutritional health is worse amongst women than men. Some women are underweight and when they become pregnant their wellbeing decreases.

We assist populations from areas inhabited by different ethnic groups, as well as Afghans who cross the border seeking healthcare. We see Afghan refugees, some of whom have settled in the area for the past 20 years, so they are in a sense mixed with the local residents. There are also nomads, who are in Quetta in the summer and migrate to other places during the winter.

The people that visit our facilities belong to a low economic stratum; it is often difficult for our staff to talk to them because they speak different dialects. On average, women have six to eight children and they very often have the first baby at the age of 16. At the age of 22-24 they have no less than four children already.

What are the main issues related to maternity in Baluchistan?

We face a wide range of issues in our projects. Eight out of ten pregnant women come for the first and last time during their antenatal care check-up, so we are limited in being able to follow-up properly. Most of the women deliver at home attended by non-trained relatives or neighbours.

During emergency obstetric situations that may require further medical or surgical intervention, referrals to tertiary level hospitals are sometimes hampered by the unavailability of male attendants to accompany the women.

How big is the constraint for the woman of not having a male attendant?

In this context a female patient can’t travel by herself. And if men (husband or relatives) are working to support the family, this means the female will be generally at home. That’s why pregnant women come often too late, only when there is already a complication.

We would like them to come several times during the pregnancy and afterwards but they have other responsibilities. To take them away from home means that nobody will look after the children, cook, fetch the water…

What complications can happen to women if there is no delivery assistance?

Complications that also occur in an assisted delivery. The woman can have severe bleeding or the blood supply to the baby can be compromised. These crucial moments can really mean the difference between life and death for the mother and the child if there are no skilled staff. Skilled staff could at least raise red flags and refer the patient to a hospital as soon as possible, so the chances of survival increase.

As they want to go home as early as possible, women choose often to go to private clinics to hasten up deliveries by injecting drugs (oxytocin) that can lead to severe complications to both the baby and the mother.

What worries MSF after the delivery?

We are also trying to promote breastfeeding as soon as possible. Sometimes babies are not given breastmilk but honey, dark tea, etc., which really affects their stomach. MSF is also concerned about immunization and tries to improve the vaccination coverage for the children.

Between January and April of 2014, MSF assisted in 5,176 deliveries in the province and offered 9,802 first ante natal consultations. MSF has been working in Pakistan since 1986 and apart from Baluchistan currently runs projects in the provinces of Khyber Pakhtunkhwa and Sind, and in the Federally Administered Tribal Areas.

(*) Data regarding Baluchistan has been extracted from the last edition (2010) of the Multiple Indicator Cluster Surveys (MICS) prepared by the authorities of Pakistan in collaboration with UNICEF. This data is collected in order to monitor the Millenium Development Goals (MDG) Indicators.