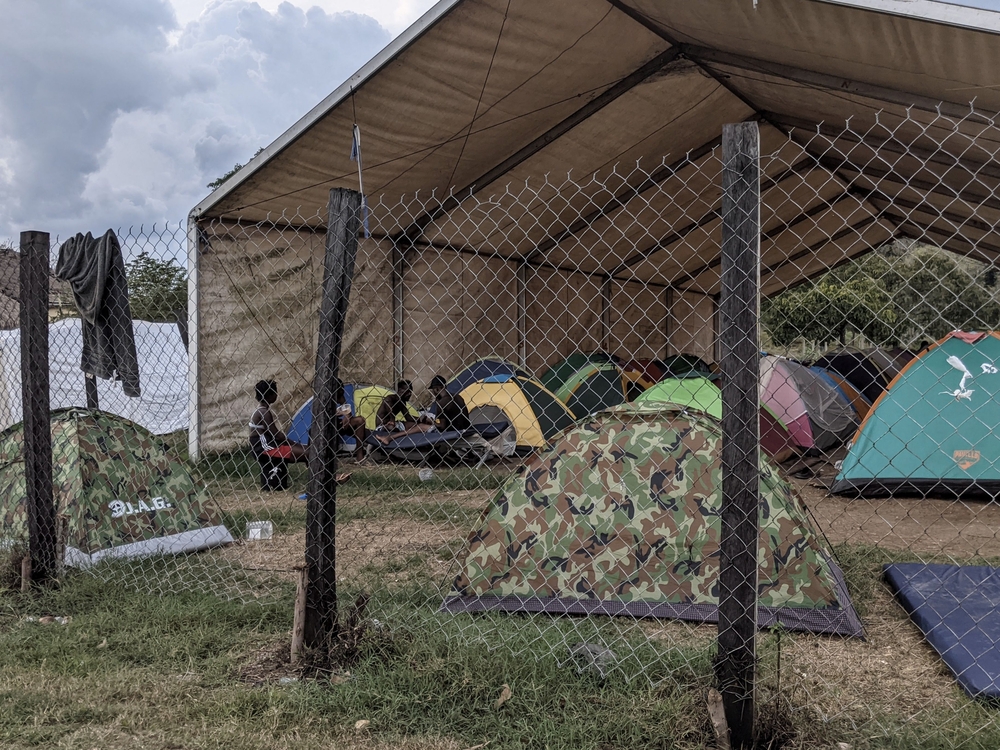 Panama: MSF begins operations with migrants in the Darién forest

Panama City/Barcelona. Following a surge in arrivals, medical humanitarian organisation Médecins Sans Frontières/Doctors Without Borders (MSF) has begun providing medical and mental health services for migrants crossing from Colombia into Panama through the Darién forest. MSF is calling on Panamanian and Colombian authorities to create safe routes that protect people in transit.

"On the road for weeks or months"

“There is enormous suffering among our patients because of the journeys they are having to make,” explains Raúl López, MSF's project coordinator.

“Many of them have been on the road for weeks or months and crossing the Darién forest is hard because of the long, difficult journey. Added to that, we have heard terrible tales about the violence, robberies, sexual assaults and attacks people have faced." 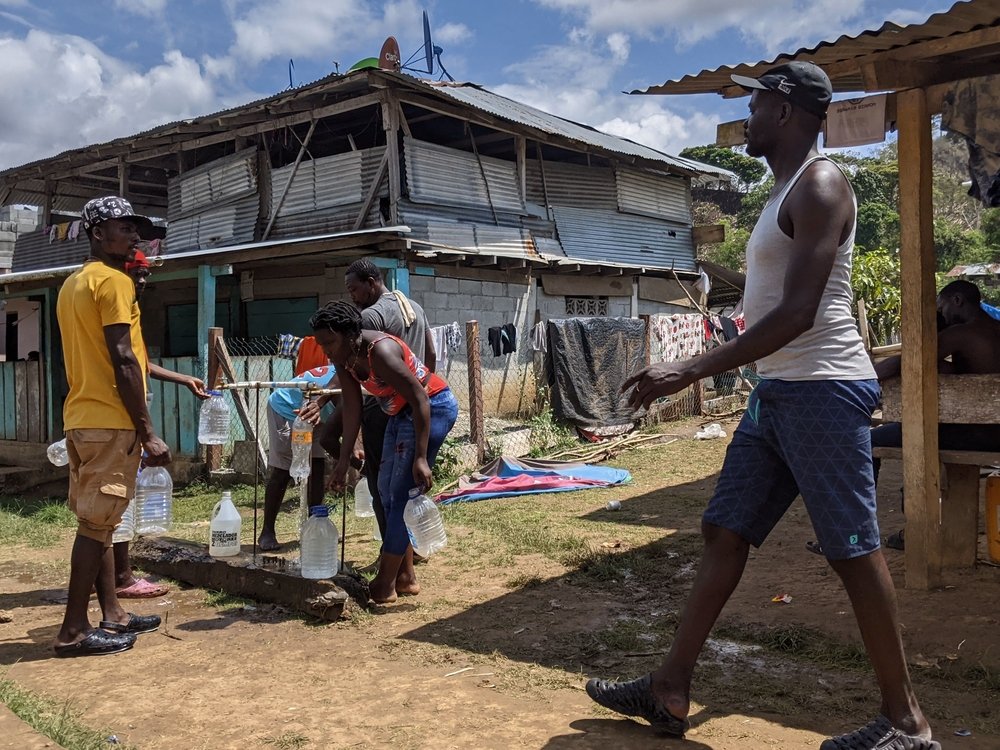 Marcos Tamariz/MSF
Bajo Chiquito is an indigenous community in the Embera Wounaan Department and is the first location where migrants arrive. With the increase in numbers of migrants through the Darién forest, this community has been overwhelmed at times.

"We demand that the Colombian and Panamanian authorities guarantee protection for people in transit through their countries.”

In May 2021, MSF began activities in Bajo Chiquito, the first town migrants arrive at, and in the San Vicente and Lajas Blancas Migrant Reception Centres, after noting both an increase in the number of migrants arriving and their existing medical and mental healthcare needs.

"No one should face what our patients go through just for trying to migrate. Migration is not a crime."

The MSF team includes doctors, nurses, psychologists and logisticians. As well as providing medical and mental health services, they are also improving the local health infrastructure.

"Through the Darién forest"

In recent months, Panama has reported an increase in migrants arriving from Colombia through the Darién forest. Between January and May, more than 15,000 migrants travelled this route into Panama.

In the month of May, 5,303 migrants have registered their entry, according to the Panamanian National Migration Service.

Many come from Haiti and Cuba, but there are also citizens of different French-speaking African countries, and Pakistanis and Yemenis among them. 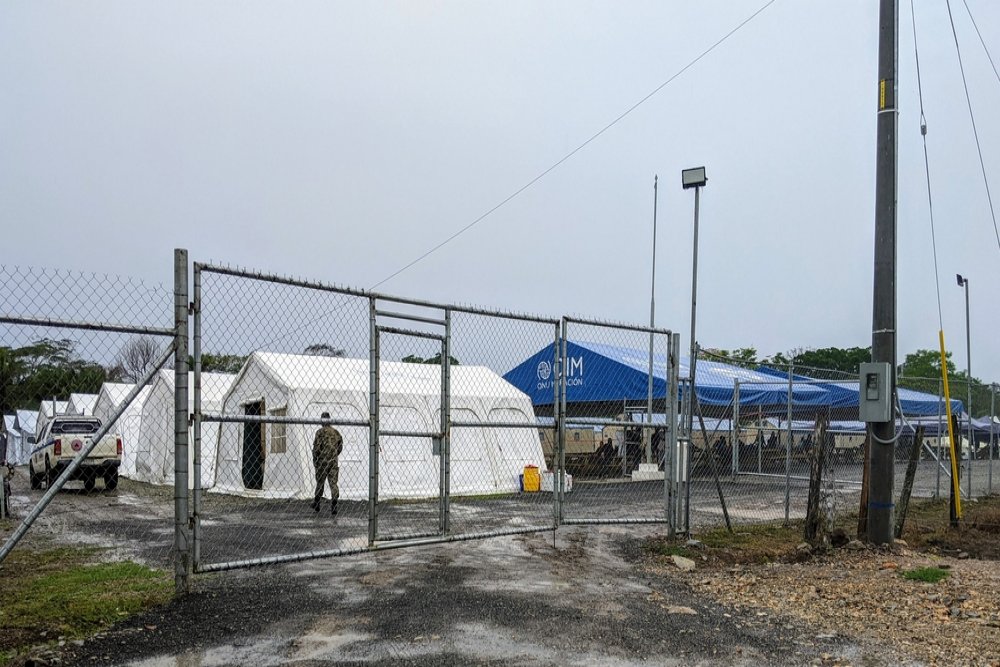 Marcos Tamariz/MSF
MSF, working in collaboration with different public institutions, the Ministry of Health and other international organisations, is calling for the creation of safe routes to protect people in transit.

Although most are adults, there are also families with children and many women in an advanced stage of pregnancy.

“It's a really tough route, both in its geography and its duration. The walk can take between five and 10 days, depending on whether it's the dry or rainy season,” says López.

"We've been told about instances of violence and robberies, and a lack of food and water. Our patients have seen other migrants who have not been able to carry on due to exhaustion or who have drowned in the rising rivers." 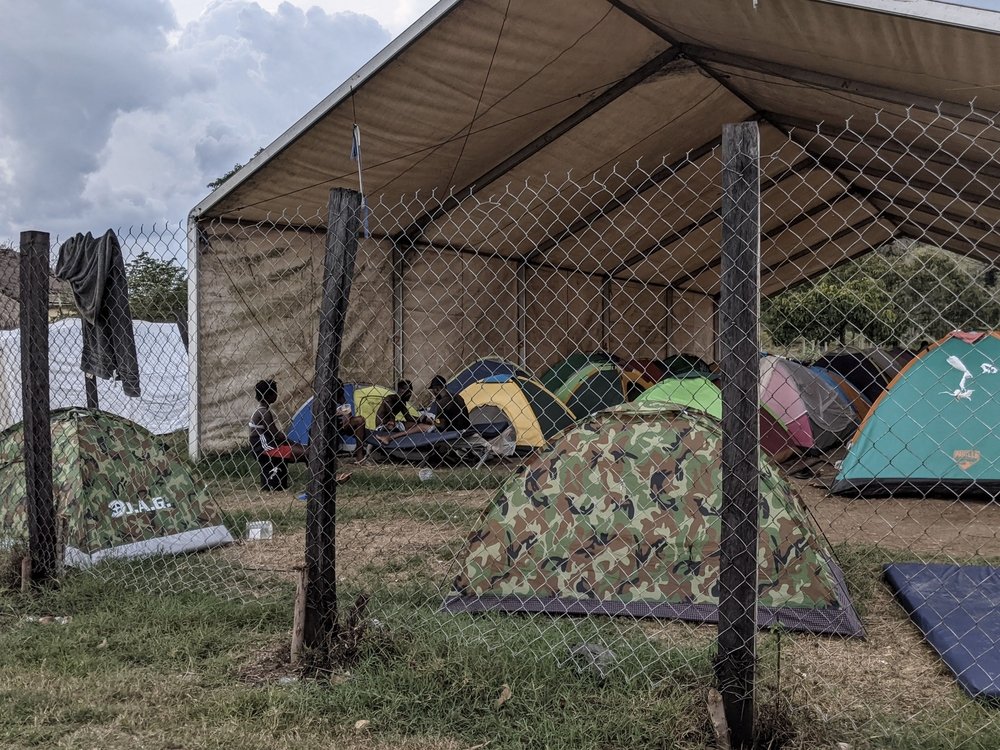 Marcos Tamariz/MSF
In recent months, Panama has reported an increase in migrants arriving from Colombia through the Darien forest. Between January and May, around 13,000 migrants have arrived in Panama. Most of the migrants come from Haiti and Cuba.

"The health issues that we see the most are related to skin infections and lacerations in the limbs, as well as dehydration and diarrhoea. Children are often suffering from fever, diarrhoea and malnutrition."

"One of the issues that worries us the most, and which is shocking, is that many of the women we help have told us that they have been sexually assaulted en route."

"Some of them were raped in front of everybody, without us being able to do anything"

During the first 15 days of medical assistance in Bajo Chiquito, MSF treated 12 women who had been sexually assaulted in the previous three days.

“On the first day of our project, we had five cases. Our teams, who have years of experience in the Mexican migrant route, had never seen such a large number of cases in a single day.”

Testimonies collected by MSF in Mexico, in migrant shelters where the organisation works, show the horrors facing those that make the Darién crossing. Ana*, 45, comes from Cuba.

After two years of travelling through South America, she crossed the border between Colombia and Panama.

"We went through a small path and suddenly we saw people with guns. (...) They started to search the men first. They were taking our things up the hill; shoes, money, phones. Up the hill there was another group of men, with guns." 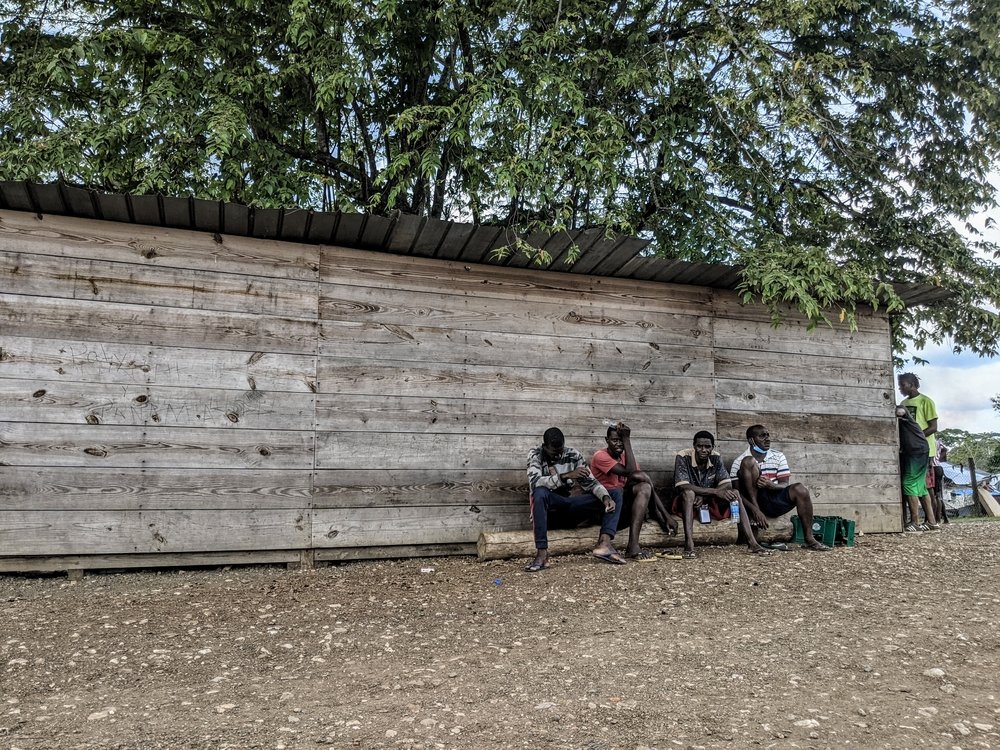 MSF calls on the Colombian and Panamanian authorities to increase the protection of extremely vulnerable people on their journey.

“At MSF, we have been working with people in transit for many years."

"We have witnessed how borders, walls and administrative barriers negatively impact migrants and how they are exposed to trafficking networks that violate and exploit them."

"Migrants should be able to transit between Colombia and Panama by safe routes established by the authorities, knowing that they will not be assaulted, beaten, robbed or harassed, and that they will not risk their lives or those of their loved ones on the way."

"No one should face what our patients go through just for trying to migrate. Migration is not a crime.”

In Latin America, MSF has been working with migrant populations in Mexico since 2012 and currently also helps people in transit in Honduras, Guatemala, Venezuela and Colombia.

The organisation also runs activities for people in transit in the Mediterranean Sea, Greece, Libya and Ethiopia, among other places.

In Panama, MSF collaborates with different public institutions, the Ministry of Health and other international organisations.

*Name changed to protect the identity of the patient. Her testimony was collected on 3rd of June at a shelter in southern Mexico.