January 18th, 2022 – Doctors Without Borders/Médecins Sans Frontières (MSF) emergency teams will start providing medical and humanitarian assistance to communities on the remote islands of Dinagat, Siargao and other outlying areas, some of the worst affected by Typhoon Rai (local name: Odette), which struck the Philippines in December 2021 causing hundreds of casualties. 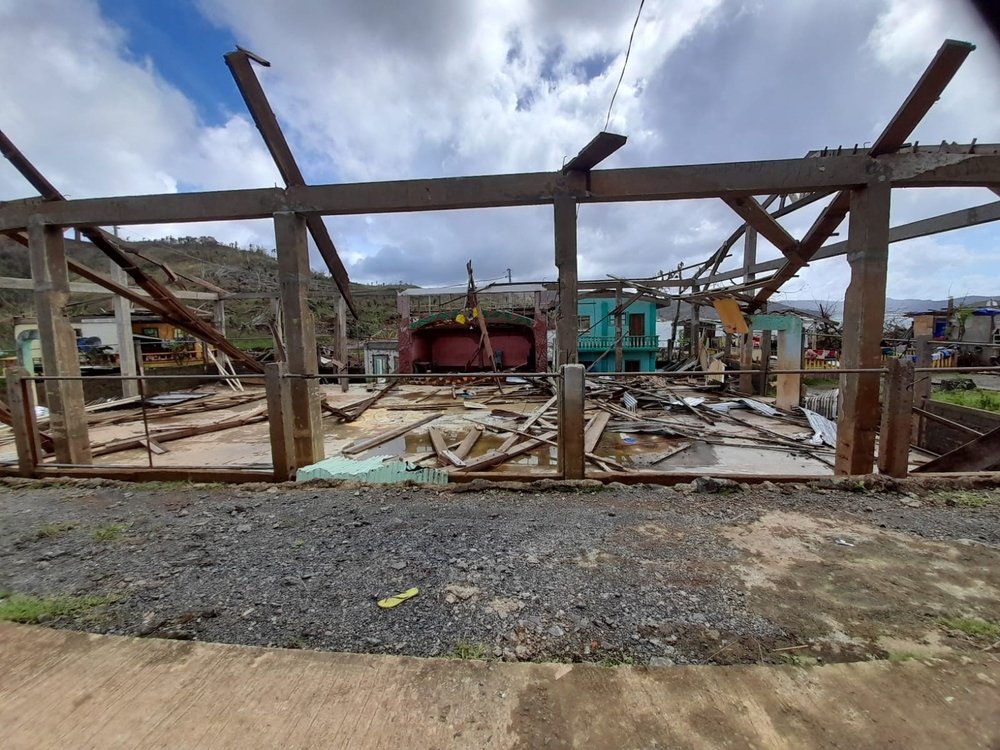 Following assessments carried out between December and early January, we are deploying teams this week in these affected regions, which have an estimated combined population of over 240,000 people.

In cooperation with the ongoing response from the Philippine authorities, we are focusing on supporting health facilities, running mobile clinics in isolated areas, facilitating referrals of critical patients, distributing relief items and donating essential medical materials.

“The typhoon has severely impacted the lives of tens of thousands of people on these islands."

"Many have lost their homes and livelihoods, and are struggling to access healthcare and clean drinking water"

"Many have lost their homes and livelihoods, and are struggling to access healthcare and clean drinking water,” says Chenery Ann Lim, MSF’s emergency medical coordinator. 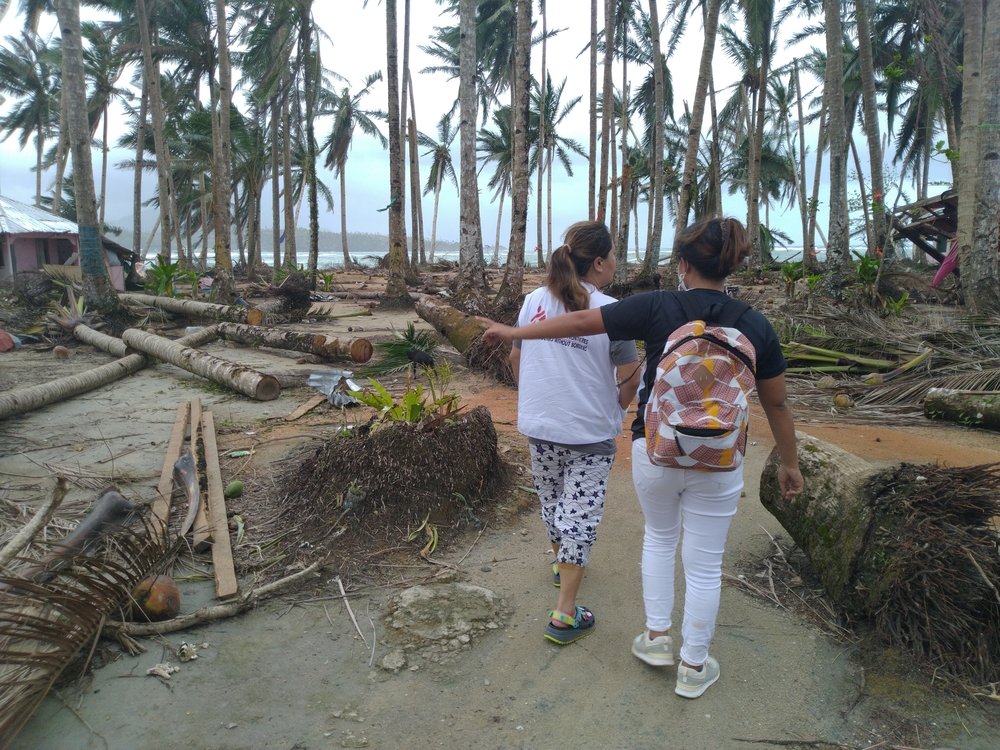 “It is crucial to make basic services available again immediately to avoid the spread of waterborne diseases.”

On the island-province of Dinagat, around 30,000 houses and much of the local infrastructure were destroyed by the typhoon. 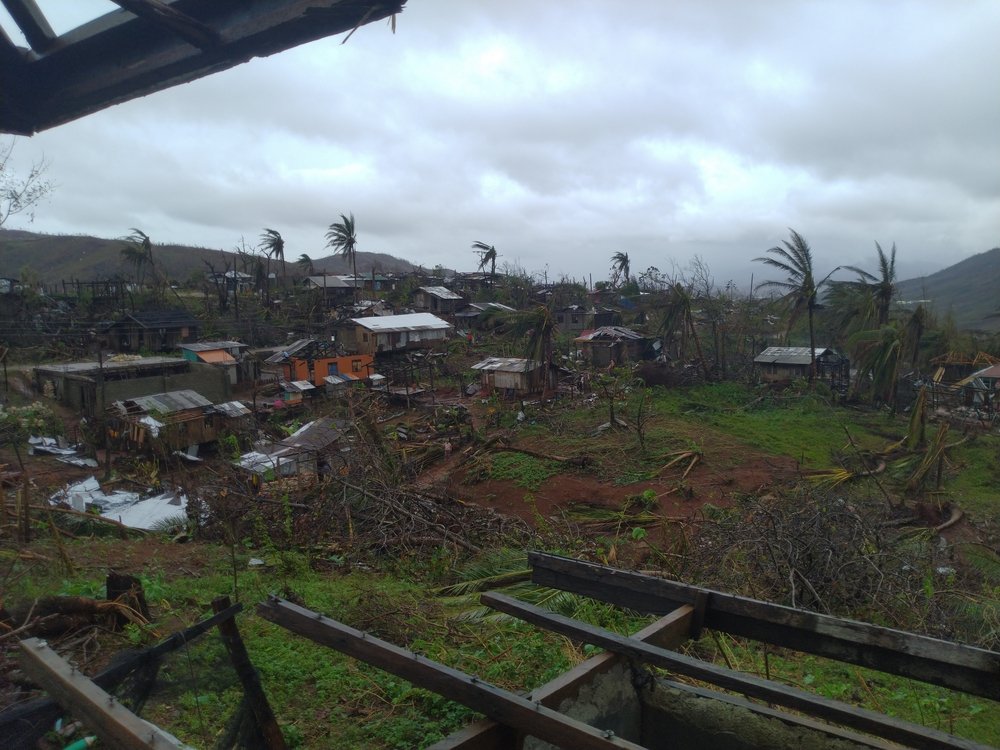 There was previously only one medical doctor attending 36,000 people in Basilisa. In addition, the three sea ambulances that were ferrying patients needing specialised care outside of the island are out of order or were affected during the typhoon. 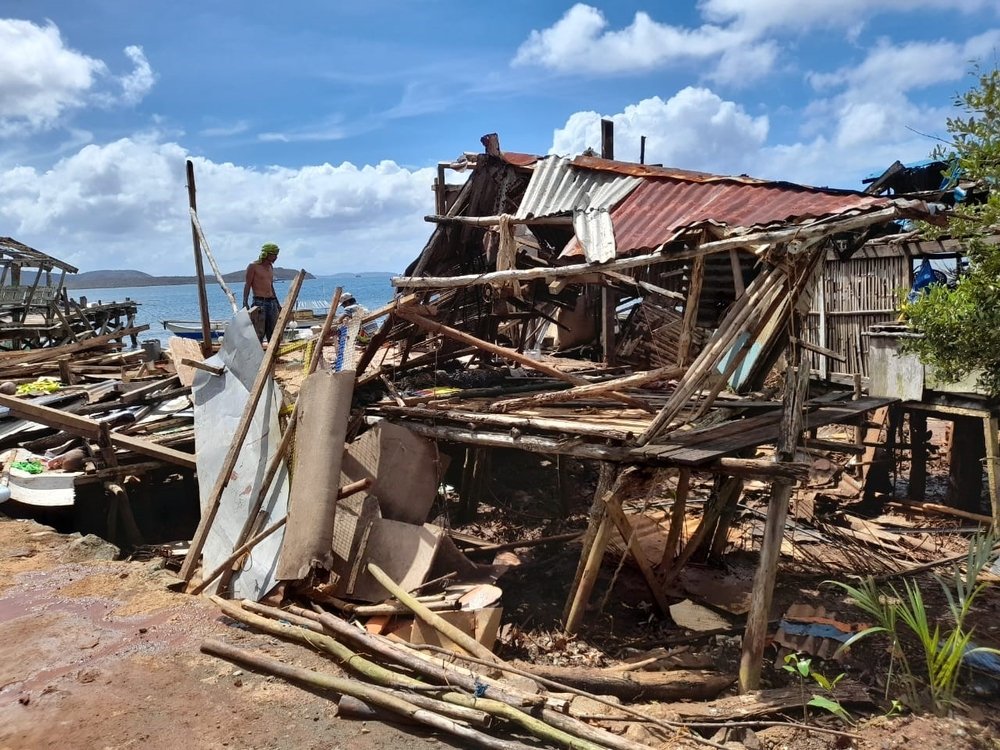 MSF/Chenery Lim
Brgy. Geotina, Basilisa, Dinagat Islands: A man looks through the debris to see what he can use to rebuild his home. (January, 2022).

During our assessment, we saw patients with upper-respiratory tract infections, acute watery diarrhoea and hypertension. In one town, some people had been bitten by stray dogs.

Our teams will support local healthcare workers and deploy staff to the Dinagat District Hospital and health units of Basilisa and San Jose, which were badly damaged and need to be rehabilitated. 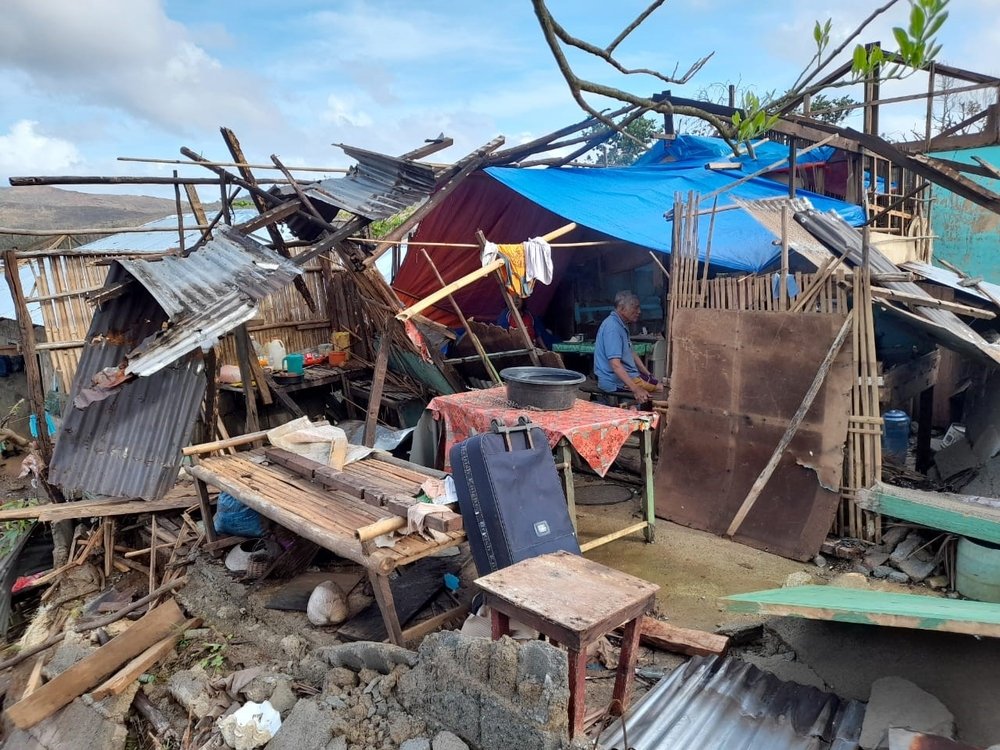 Brgy. Nazareth, Basilisa, Dinagat Islands: Many villages along the coastal areas were hit by the typhoon, leaving damaged houses. (January, 2022).

We will refer patients in need of additional care by supporting a system of sea ambulances.

On Siargao island, in the province of Surigao del Norte, where various health facilities were also damaged, we will provide the community, including the first responders, with psychological first aid and mental health care, as well as support with patient referrals. 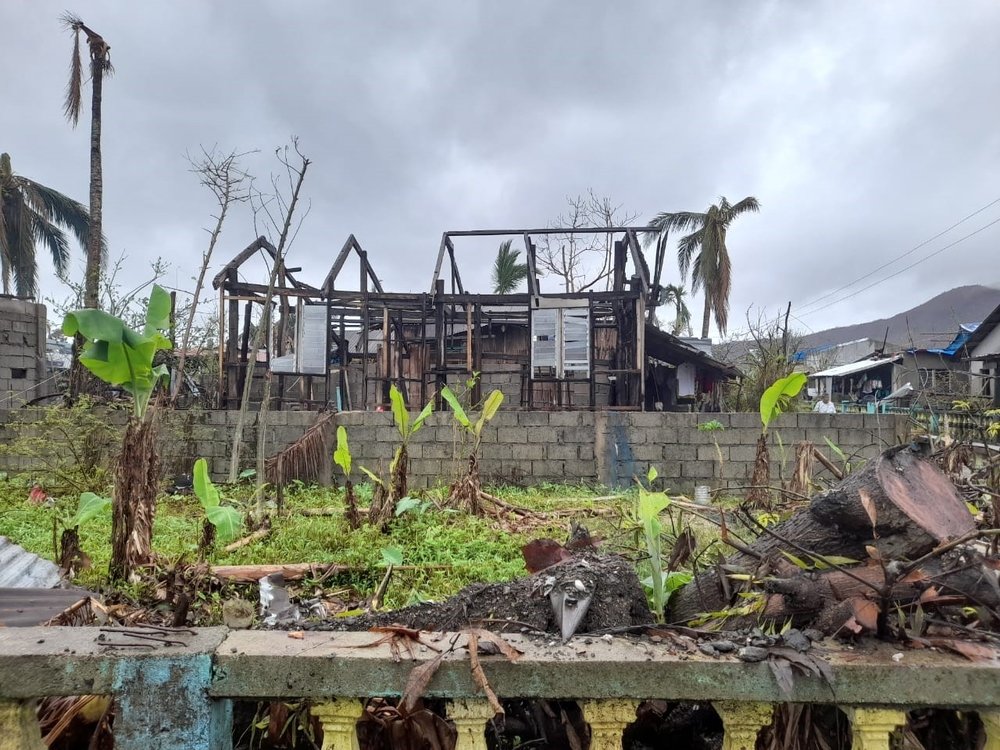 We will also launch mobile clinics in areas that have so far received little or no aid, including some outlying islands of Surigao City.

"It is crucial to make basic services available again immediately"

Mental health support will be a key component of our consultations.

The supply of clean water is currently a huge concern despite the abundant availability of water in the area. 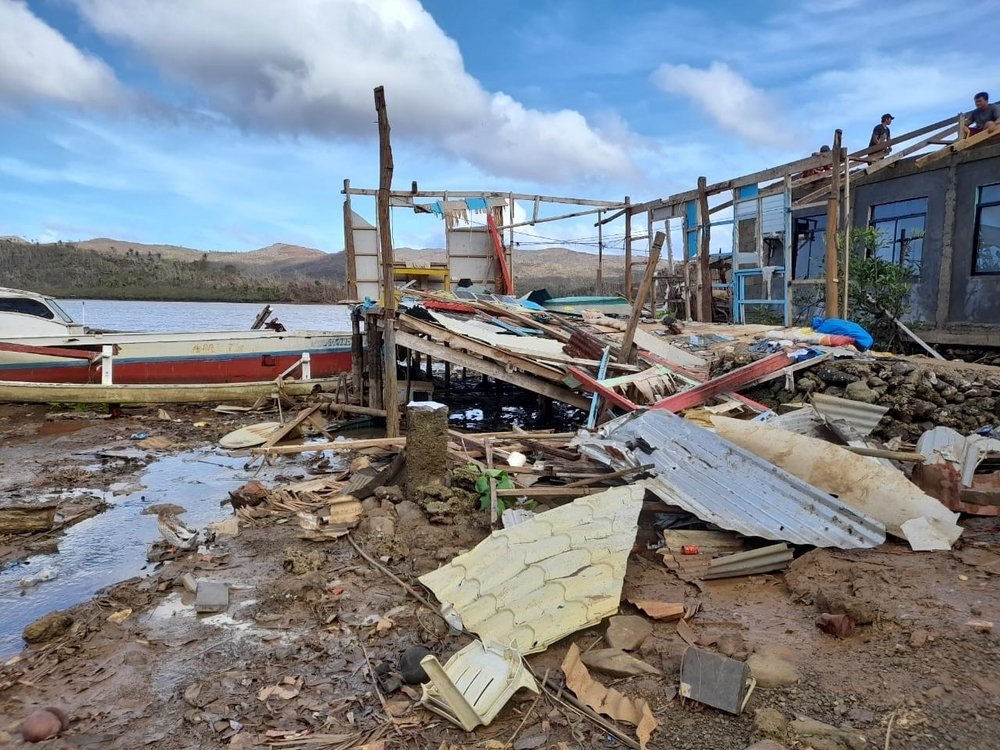 MSF/Chenery Lim
Many villages along the coastal areas were hit by the typhoon, leaving damaged building and boats, and many without roofs over their heads. (January, 2022).

The storage capacity and network of water has been badly affected in the aftermath of the typhoon, and the authorities have already attributed some deaths to acute gastroenteritis and leptospirosis, a bacterial infection that usually occurs after flooding or wading through contaminated water.

In response, we will be distributing hygiene kits and providing water and sanitation activities to increase access to clean drinking water in all areas of our emergency response. 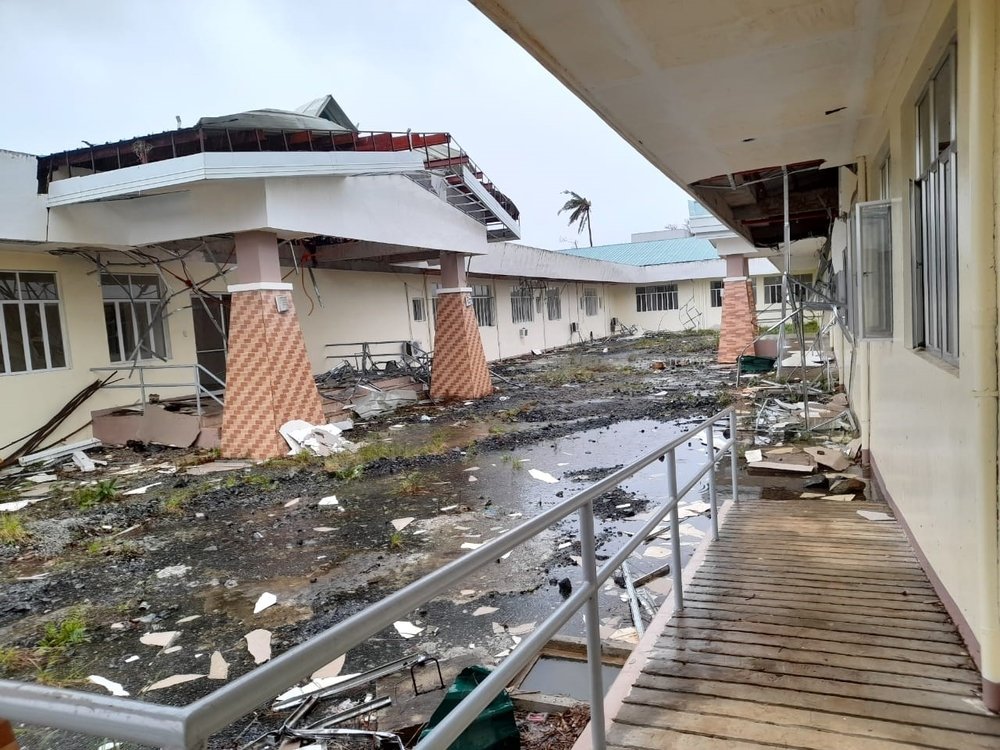 Typhoon Rai was the strongest storm to make landfall in the Philippines in 2021, affecting 11 regions and 38 provinces, leaving at least 405 dead, 65 missing and 1,261 injured, according to the National Disaster Risk Reduction and Management Council. 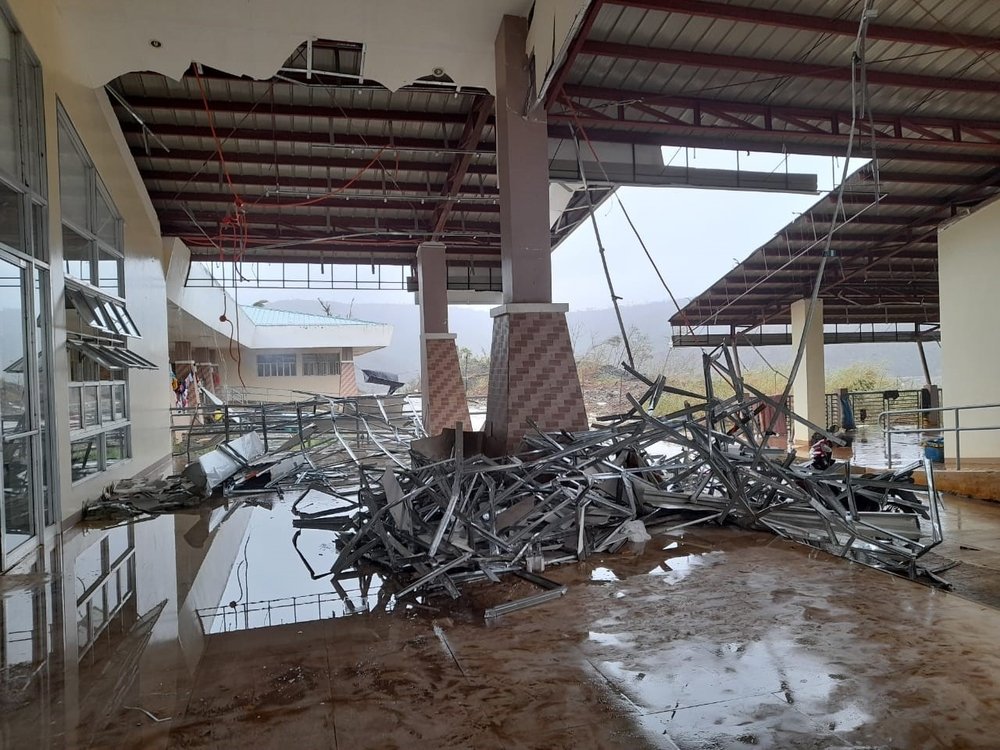 MSF/Chenery Lim
For emergency caesarean births and other procedures, the local healthcare facilities would normally refer patients to larger hospitals on other islands, but even the vessels used as sea ambulances were damaged. (January, 2022).

MSF has been providing support in the Philippines since 1984, especially in response to emergencies and natural disasters. In 2013, MSF was one of the first responders in the aftermath of Typhoon Haiyan. In 2017, we provided support to internally displaced people following the siege of Marawi City.

We also run two stable projects in the Philippines: a tuberculosis project in Tondo, Manila, and in Marawi and Lanao del Sur we provide mental health care and treat non-communicable diseases.