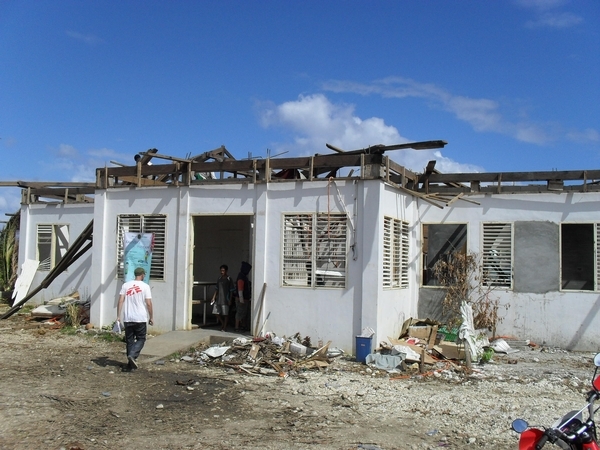 “There has been a massive swathe of destruction along around 100 kilometres of coast.

This destruction has made what was previously a pretty healthy community vulnerable,” said Anne Taylor, MSF’s regional emergency coordinator.

In the worst- affected area, all the health posts have been destroyed and regional hospitals have also been badly damaged. Operated in close conjunction with the Department of Health, the MSF mobile clinics will go some way to meeting the gaps in healthcare that are apparent in eight districts in Cateel and Baganaga municipalities.

An MSF team arrived in the region to assess the impact of the typhoon in the second week of December, and after establishing that the west of the island of Mindanao was the worst affected, has focussed on communities around Baganaga and Cateel. In the near future, the team plans to expand activities further to a third municipality in the area.

“We now have a two teams, including two nurses who have been seconded from the Department of Health, who are running four mobile clinics in the area.

We will continue this activity for at least four weeks, and then decide whether we should stay longer,” the emergency coordinator said.