Rohingyas in Bangladesh: “People are in survival mode”

Almost 600,000 Rohingya refugees have sought safety in Bangladesh in the past two months. The numbers show no sign of slowing down – 40,000 people crossed the border from Myanmar in the past two weeks alone in an indication of continuing violence in Rakhine. 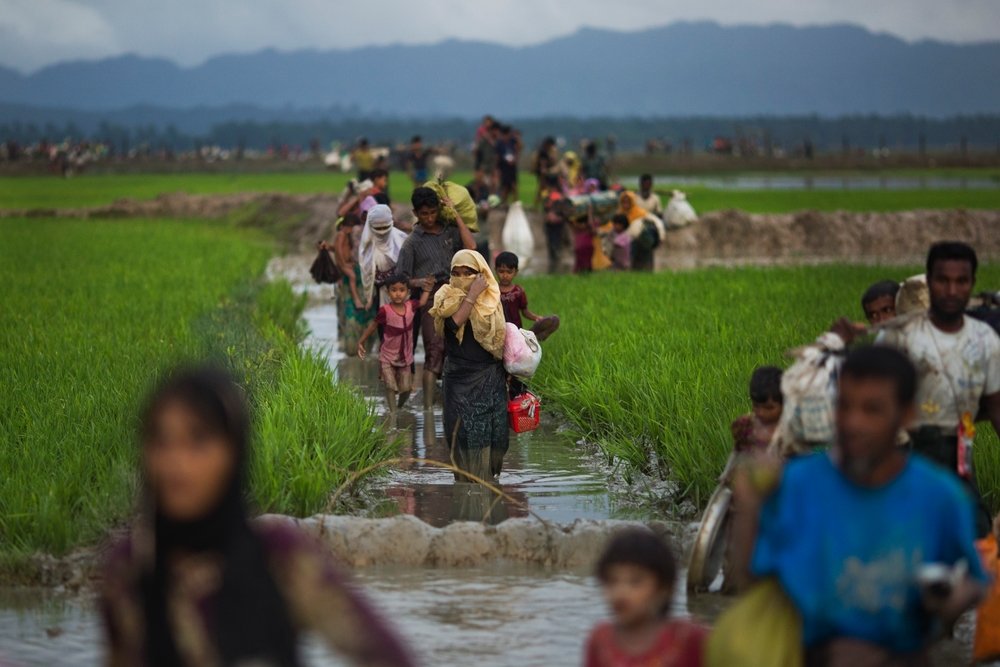 Bernat Armangue/AP Photo
Myanmar's Rohingya ethnic minority members walk through rice fields after crossing over to the Bangladesh side of the border near Cox's Bazar's Teknaf area, Friday, Sept. 1, 2017.

It’s hard to comprehend the magnitude of the crisis until you see it with your own eyes. The refugee settlements are incredibly precarious. They look like makeshift shelters made of mud and plastic sheeting, fixed together with bamboo and scattered across little hilltops. If you stop at the main entrance of Kutupalong settlement, which was home to several thousand Rohingyas even before this most recent influx, things look somewhat organized. But if you move deeper into the settlement, into the forests and areas with no roads, it’s another story. There are almost no services available and the vulnerability of people’s living conditions is shocking.

Whole families are living under plastic sheeting in muddy and flood-prone terrain. They have very few belongings, are vulnerable to attacks from elephants, and have no access to clean water, latrines, food or healthcare.

It’s a very fresh displacement and people are in survival mode, which you can clearly see in everybody’s body language. People are taking each day as it comes, trying to secure the basics to get through the day. Currently, the humanitarian response is quite scattered: plastic sheeting is handed out in one location, while bags of rice or water are distributed elsewhere.

In Kutupalong, where MSF has run a medical facility since 2009, we’ve raised our inpatient capacity from 50 beds to 70 beds and we now see between 800 to 1,000 patients every day. Our teams are treating things we shouldn’t normally see, such as adults collapsing or dying from dehydration because of a simple case of watery diarrhea.  We’ve opened new medical, water and sanitation projects elsewhere in Cox’s Bazar, to better respond to the exponential growth in medical needs. But more action is desperately needed. The camp is a public-health time-bomb. 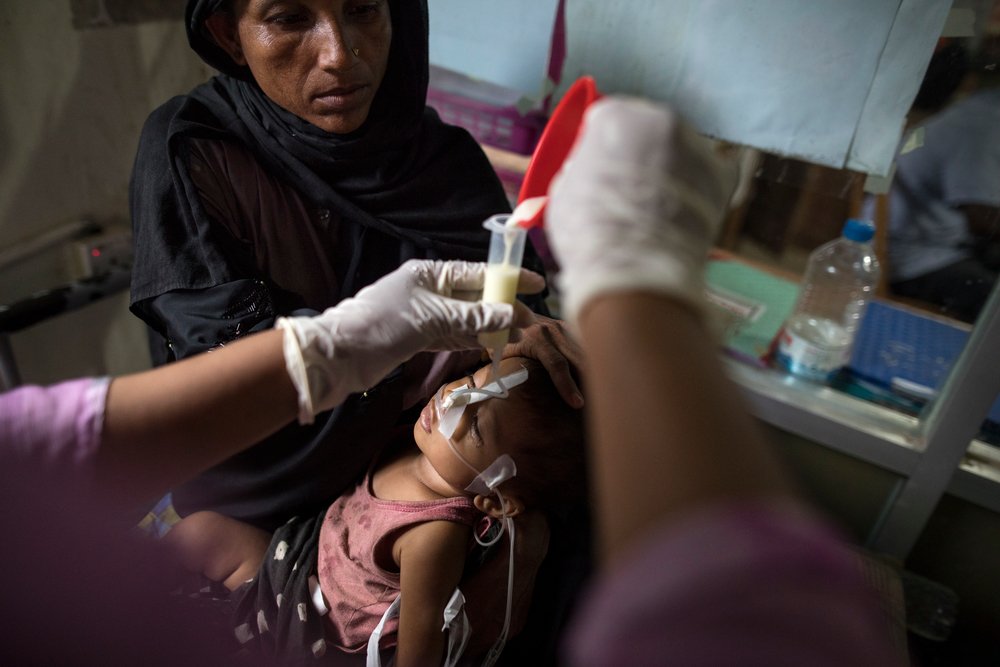 Paula Bronstein/Getty Images
Amina holds her son, Hatea Ullah, 9 months, at he is fed from a feeding tube. Hatea Ullah suffers from acute pneumonia and has been admitted to the pediatric - neonatal unit at MSF's medical facility in Kutupalong.

Let’s also not forget the root cause of the displacement of the Rohingya, which is the ongoing crisis in Myanmar. People do not flee their homes without good reason. They leave because their lives are in danger, and they have no other option.  Hundreds of thousands of them still remain trapped in Myanmar, still living that terror and now cut off from humanitarian aid.

For Bangladesh to welcome over half a million people in two months is a tremendous and extraordinarily generous act. But it comes with incredible challenges. No country in the world can meet such enormous needs alone. We urge the Government of Bangladesh to keep its borders open, and the international community to support this courageous gesture. It is the duty of donors to help prevent a public health disaster. 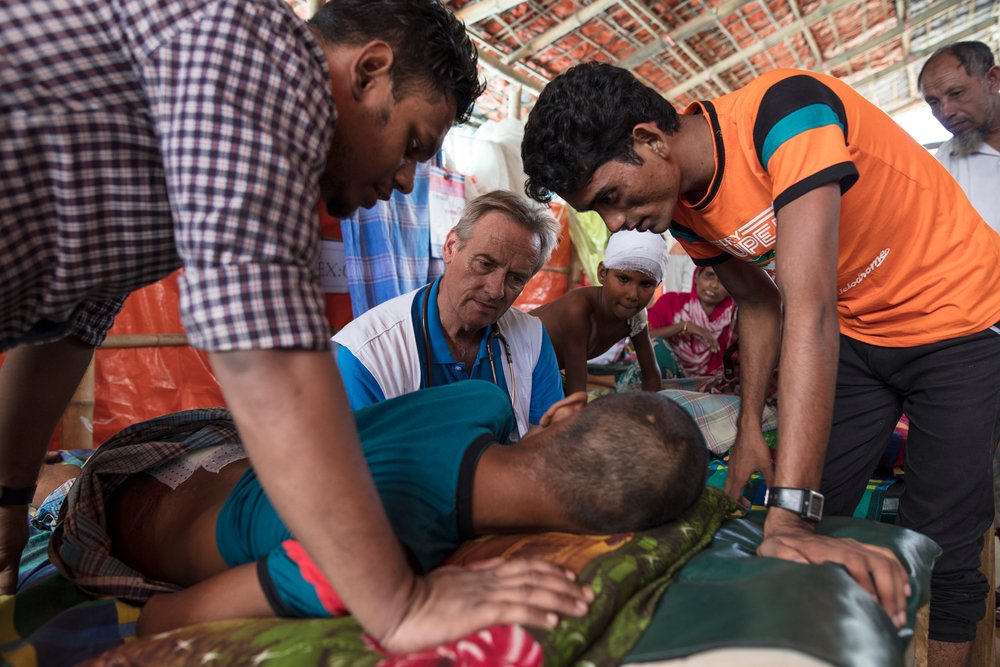 Paula Bronstein/Getty Images
Dr. Ian Cross from MSF speaks with a patient with a broken femur after an elephant attack at MSF's medical facility in Kutupalong.

We can only do that by ensuring we cover the vital needs of a population that has faced violence, rape and torture. We need more organisations on the ground building latrines, installing water pumps, providing healthcare, and distributing food. This can only happen if the Government of Bangladesh facilitates the presence of aid and enables a critical mass of humanitarian organisations.

This pledging conference should be a wake-up call. It is our chance to mobilise and avert a second catastrophe to restore the dignity of a population in great need.