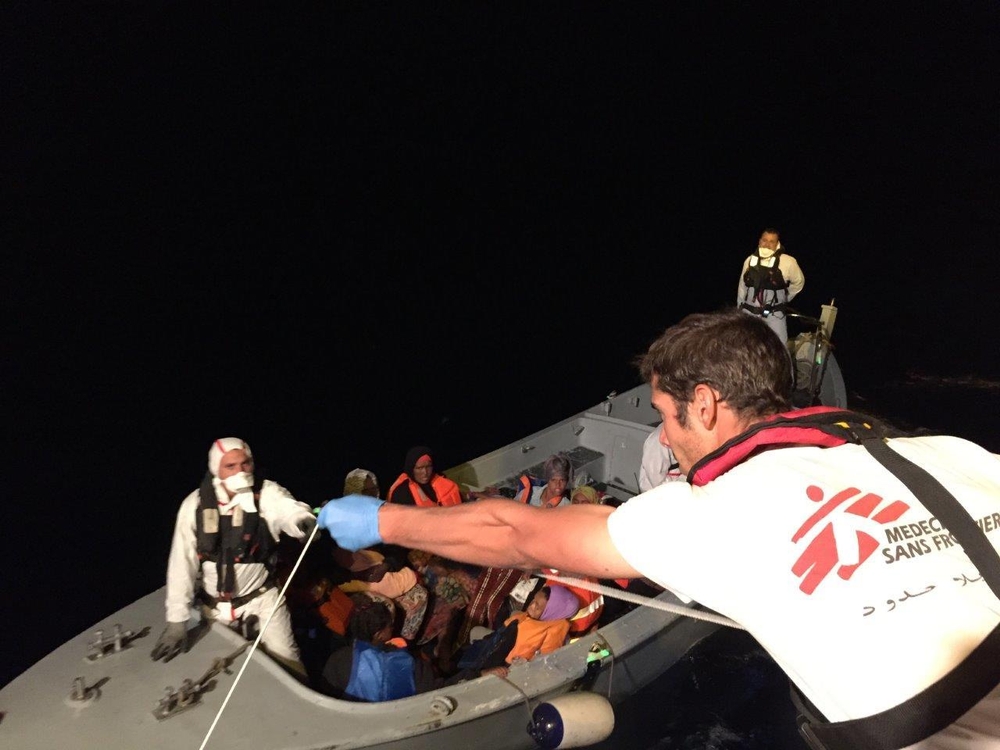 Médecins Sans Frontières (MSF) announced today that it has resumed search, rescue and medical aid operations in the central Mediterranean Sea, between Africa and Europe and conducted its first operation of 2016.

Due to the lack of safe and legal alternatives for people to flee and seek protection, the deadly stretch of water between Libya and Italy, which in 2015 claimed the lives of 2,892* men, women and children, is now almost the only way for thousands to reach European shores and it is already as busy as ever.

“This time last year, as MSF launched our first search and rescue operation, we called the Mediterranean Sea a mass grave and little has changed since then,” said Joanne Liu, International President of MSF.

BREAKING: @MSF has relaunched search and rescue operations in the Central #Mediterranean Sea with the #Dignity1 pic.twitter.com/To2hQwOXeb

Absence of a global solution

”As crises and conflicts across the world continue to cause people to flee in their millions, the absence of a global solution to the current refugee crisis, and the European states’ policies of deterrence, as well their refusal to provide alternatives to the deadly sea crossing, continue to kill thousands. As humanitarians, we again refuse to look on from the shore.”

The first MSF search and rescue ship to be deployed this summer, the 50 meter MSF Dignity 1, set sail from the port of Valletta, Malta on 21 April.

The ship which has the capacity to take on board 400 rescued people has a crew of 16 including experienced medical staff will be proactively positioned in the waters north of Libya, and actively searching for boats in distress.

MSF's first operation for 2016 occurred yesterday April 23 with the Dignity 1 accepting a transfer of 308 rescued people (205 men, 80 women, 23 children), mainly Eritrean, from and Italian rescue boat. The Dignity 1 is now on the way to Sicily where the 308 people will disembark on Monday.

UPDATE: Currently onboard #Dignity1 are 308 rescued #people including 80 women & 23 kids. Most are from #Eritrea. pic.twitter.com/Onh9rCqXEE

In the coming weeks MSF will reinforce search and rescue capacity with highly skilled and experienced MSF medical teams on board two larger ships. The teams will have the skills and necessary equipment to provide lifesaving emergency care as well as treat dehydration, fuel burns, hypothermia and skin diseases which were the most pressing medical needs of those rescued by the organisation in 2015.

MSF will also provide psychological first aid at sea and MSF teams in Sicily will ensure continuity of care through several medical projects supporting the people after disembarkment.

"Refugees and migrants are looking for a safer or better life. It is not acceptable to treat them as criminals, or worse, let them die, in their search for it.

"Rather than focusing on deterrance and surveillance, European States must provide safe alternatives to sea crossings and a search and rescue mechanism that is both dedicated and proactive. The lives of hundreds of thousands depend on it," ended Liu.

MSF search and rescue activities in 2015

In 2015 MSF teams on board three search and rescue ships in the Central Mediterranean, assisted over 23,000 people in 120 separate rescue interventions.

In the Aegean Sea, north of the island of Lesbos, MSF, in partnership with Greenpeace assisted over 14,000 people crossing from Turkey to Greece Overall, in 2015, MSF treated more than 100,000 people on the Mediterranean and Aegean Seas and in in Greece, Italy and the Balkans.

Find out more about our search and rescue activities