Search and rescue: “They describe Libya as hell”

Many of the unaccompanied minors rescued by MSF search and rescue vessel Geo Barents from the Mediterranean escaped torture and exploitation.

Central Mediterranean, 01 November 2021- “They are playing now, they smile and befriend each other, they seem like just any other young people,” says Julie Melichar, humanitarian affairs officer on board MSF’s search and rescue vessel Geo Barents. “But they are no longer just children or teenagers – not after what they have been through.”

Melichar is talking about the youngest survivors rescued by MSF in its most recent mission in the central Mediterranean, when teams saved 367 people in less than two days. More than 40% of them were under the age of 18 and 140 of them were travelling alone.

Such a high number of young people risking their lives to cross the Mediterranean Sea – considered to be the world’s deadliest migration route – is alarming in itself. But travelling without a parent or trusted adult makes unaccompanied minors one of the most vulnerable groups of people on the move. 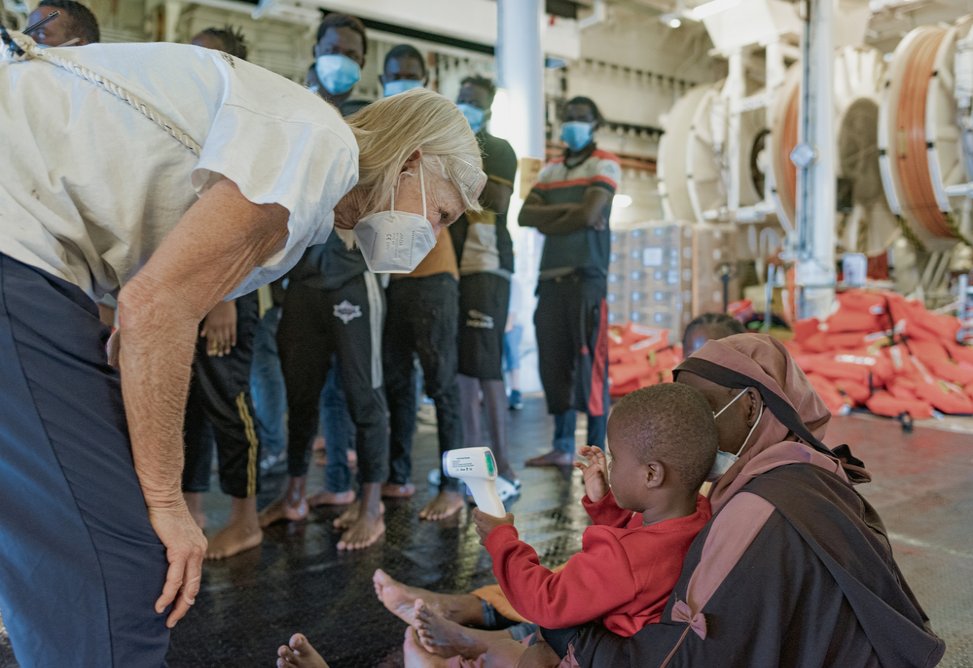 Filippo Taddei/MSF
After a rescue on October 23rd, MSF teams make a first medical assessment to survivors on the Geo Barents
Without the support of trusted adults, these children and teenagers face particular and significant protection risks. They are easy prey for people smugglers, traffickers, abusers and exploiters. On their journeys, they risk forced labour, extortion, arbitrary detention and physical violence, including sexual violence.

These young people embark on their journeys for a whole range of reasons. In many cases, they are fleeing war-torn countries, prosecutions, extreme poverty, human rights violations and limited access to education and health services. 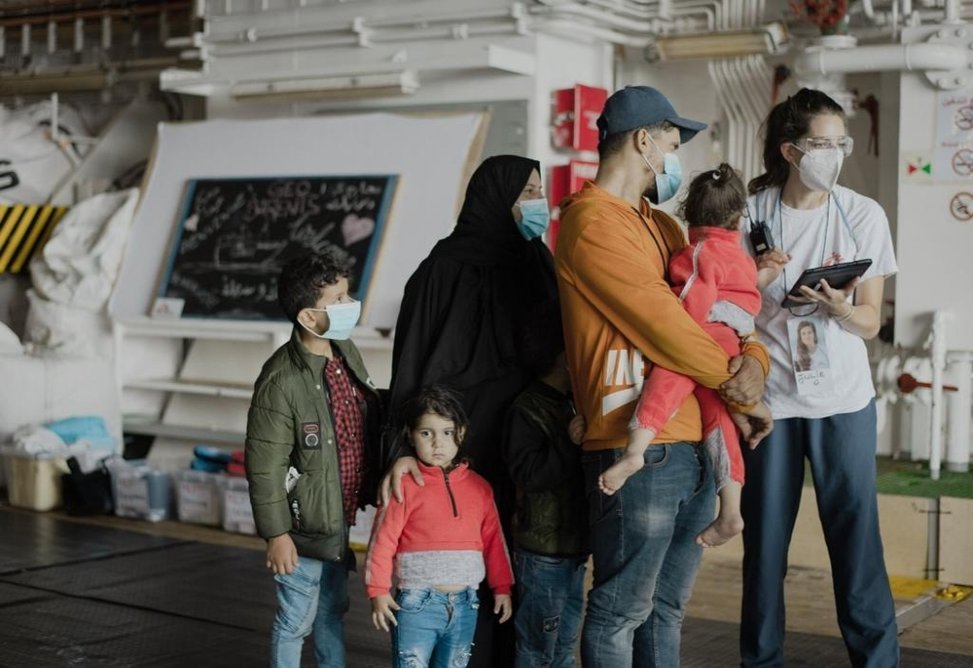 Filippo Taddei/MSF
First medical assessment and triage to a family of survivors of the first rescue on the 22nd of October, 2021.
Many of those rescued on Geo Barents’ most recent mission come from Somalia, Eritrea, Mali and Cameroon.“One of the boys we rescued recently was just 12 years old when he left his country,” says Melichar. “He explained to us, that his father was killed because he wanted to protect his son from forced enrolment in the army."

"His mother saw no choice but to send him away from the country to save him [from forced conscription]. He recounted, that when he reached southern Libya, he was kept in captivity and tortured for seven months before he was able to escape.”

Whatever the reason for leaving their countries of origin, Libya is the point at which there is no turning back. In Libya, there is a system to extort money from people on the move. Many migrants and refugees are kidnapped by militias and armed groups and held captive.

Those who have money can buy their freedom; those who do not are tortured or made to do forced labour until their families or friends can pay for their release. This spiral of exploitation can last for months or even years.

Children and teenagers are not spared such atrocities.

“Many of the young people we rescued told us they had escaped arbitrary detention, abuse and exploitation in Libya,” says Melichar.

“Some had faced the loss of friends along their journey, since many people disappear or are killed in Libya. One young boy told me that he was travelling with five very good friends." 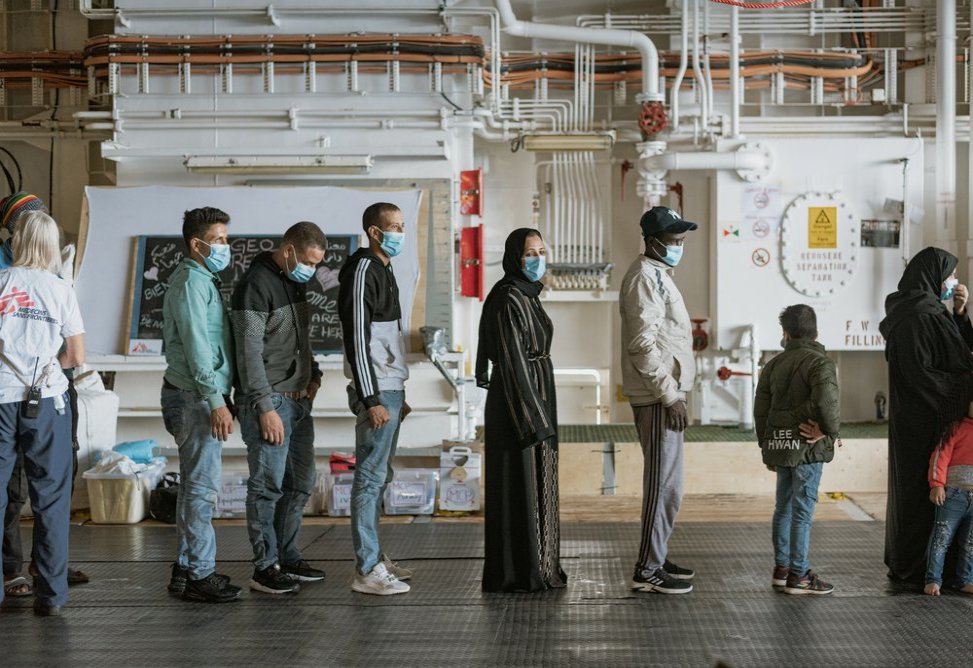 Filippo Taddei/MSF
First medical assessment and triage of survivors of the first rescue on the 22nd of October, 2021.
"All five friends died in detention centres in Libya, and then this boy found himself alone. He said, he started creating trouble and yelling on purpose, hoping that the guards would beat and kill him and he could be reunited with his friends.

That would be too much for any human being to cope with. How can this be happening to children?”

MSF medics on Geo Barents are providing basic healthcare as well as psychological support to all the survivors. Once they arrive on land, it is crucial that they receive continued care. 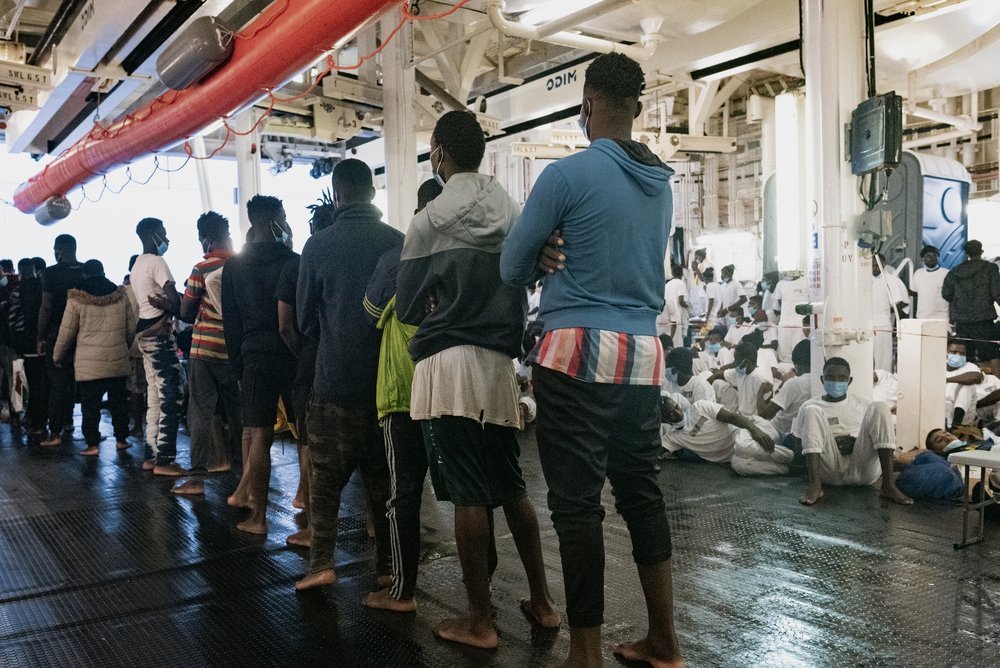 Filippo Taddei/MSF
Survivors at Geo Barent's deck, during first medical assessment after a rescue on 23rd October.
“Many of the unaccompanied minors on board seem to be coping quite well with being on the ship,” says Melichar.

“They’ve created a community together, befriending each other and acting like any other teenagers. But regardless of this, we know that they have deep scars inside that won’t heal by themselves."

"This is why such a vulnerable group cannot be forgotten once they arrive on land. They must be granted specialist protection, given safe shelter suitable to the needs of children, and provided with medical and psychosocial services by competent organisations."