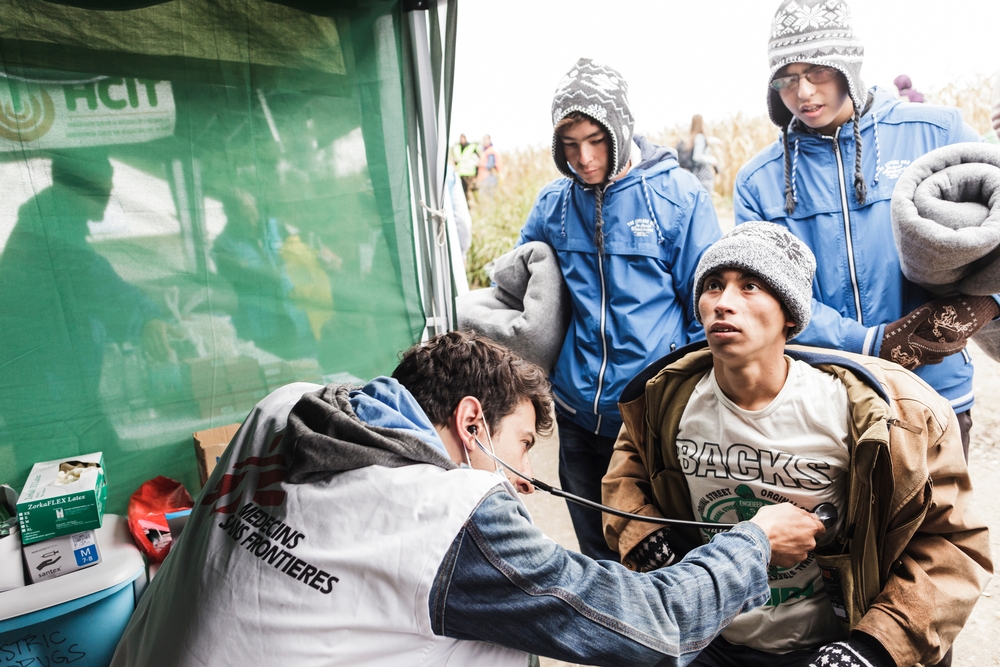 Serbia: “The determination of the refugees to reach their destination is shocking”

Jota Echevarría has returned briefly from Hungary, Serbia and Croatia where in recent weeks Médecins Sans Frontières (MSF) teams have been providing medical services to the thousands of refugees.

Many are from Syria, fleeing war and trying to reach the heart of Europe.

They have had a long journey taking them through Turkey into Greece, and from there on foot or by bus across Macedonia and Serbia, in order to reach countries where they can find safe asylum. Echevarría explains the determination of the people he has treated and the difficulties of assisting patients in the midst of an extremely mobile context. 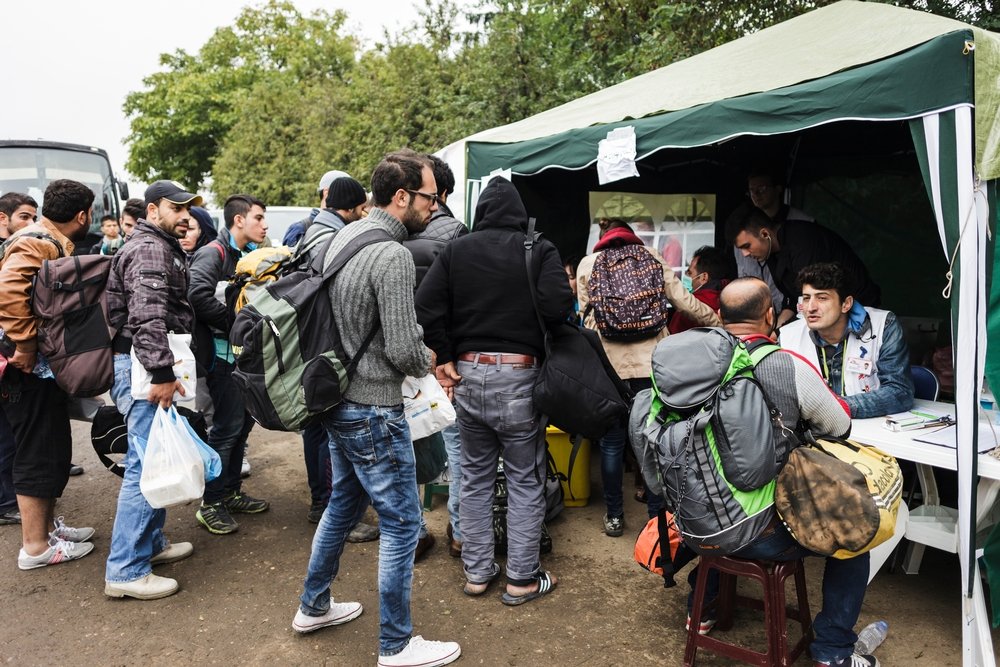 Achilleas Zavallis
Refugees waitt to be examined at a MSF mobile clinic at the Bapska border crossing in Serbia.

QUESTION: What is MSF doing now?

A: After intervening in a transit camp in Hungary that was finally evacuated by the authorities, and in Serbia, briefly, we are now assisting the refugees crossing from Serbia to Croatia.

We are working in the Opatovac camp near the border, a former military camp that the authorities set up as a transit camp where the refugees spend a day at most and where we have a clinic.

We are also intervening outside the camp to assist those who get left outside when the camp is full, waiting to be registered.

As the border crossings are always changing and they open and close at random, we have also established mobile teams that can be operational in 15 minutes and also work at night.

Q: What pathologies are you seeing?

A: Among the children, who are about 10% of the population on the move and constitute a quarter of our patients, there are many respiratory problems or bronchitis (caused by sleeping outdoors and the cold weather), colds and some cases of diarrhoea.

We’re also seeing a lot of pregnant women and, among the men, who constitute the majority, we are registering injuries caused by walking or swollen and bruised legs and feet.

We’re also seeing many people with chronic illnesses like diabetes or hypertension who, for one reason or another, don’t have any medication (because their supplies have run out, because they have been forced to leave their luggage behind, or because it got lost).

Sometimes they are in very fragile condition when they arrive. But basically they’re dehydrated, exhausted from the journey, very, very tired and very much in need of psychosocial support. 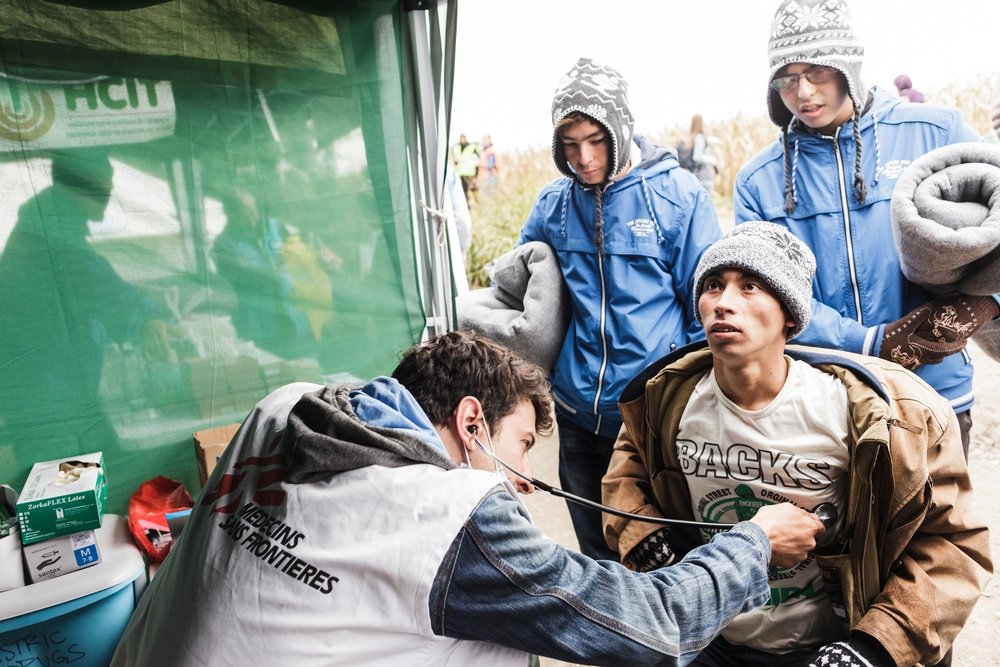 Q: What are you doing about that?

A: In addition to the basic treatment that we can offer those who need it, in many cases what they need is someone to listen to them, to tell their stories to, who can understand them. That helps them.

You have to bear in mind that on many occasions, such is their determination to reach Germany, Denmark or the Netherlands, and they’ve already crossed so many borders, that they don’t know which country they’re in or even what day it is.

Q: Any story in particular you could share with us?

A: Thousands, from all of those we’ve seen. One in particular, about a family from Afghanistan, with a small boy suffering from pneumonia that we had to hospitalise.

The hospital wanted to keep him admitted for three days. The father wanted the boy to stay with him because he was convinced that in three days they would be in Germany, where he could be treated.

Their story came to the attention of the German media and a clinic in Munich made arrangements to admit him as soon as they arrived to the city. But there are thousands of stories, thousands of unique journeys for each family, each individual.

We have treated 2,577 people in the three countries – Serbia, Croatia and Hungary – and they represent 2,577 unique stories of people fleeing out of fear, from war, because they can’t put up any more with a situation they see no end to. 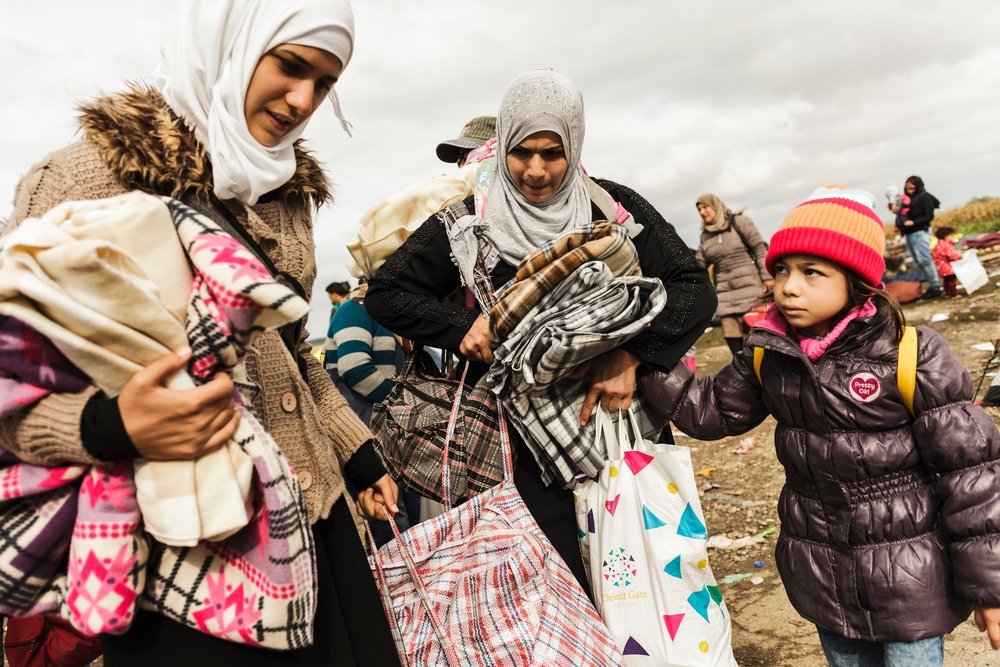 Achilleas Zavallis
Four year old Leen (right) and her family, Bayan (18), Suha (left, 32) get ready to cross in to Croatia after spending the night in an open field on the Serbian side of the Sid-Tovarnik border crossing.

Q: Are there differences between the refugees?

A: They come from different countries, not only from Syria. The Syrians that we’re seeing still have some purchasing power and the traffickers cheat and con them.

To avoid Macedonia they pay extortionate prices to cross the country by bus. Then the traffickers abandon them in Serbia, telling them that they’re in Zagreb, Croatia.

Q: What is the biggest concern for the teams right now?

A: The arrival of winter and its impact. The weather has changed very quickly and the nights have become too cold for sleeping out in the open.

For the moment, it mainly affects the adult refugees – children are the ones most protected from the cold – but before winter arrives in full force we may have another wave of refugees crossing Europe in terribly cold conditions.

So, we fear that respiratory problems and hypothermia will increase in number.

Read more about the work of MSF in the refugee crisis