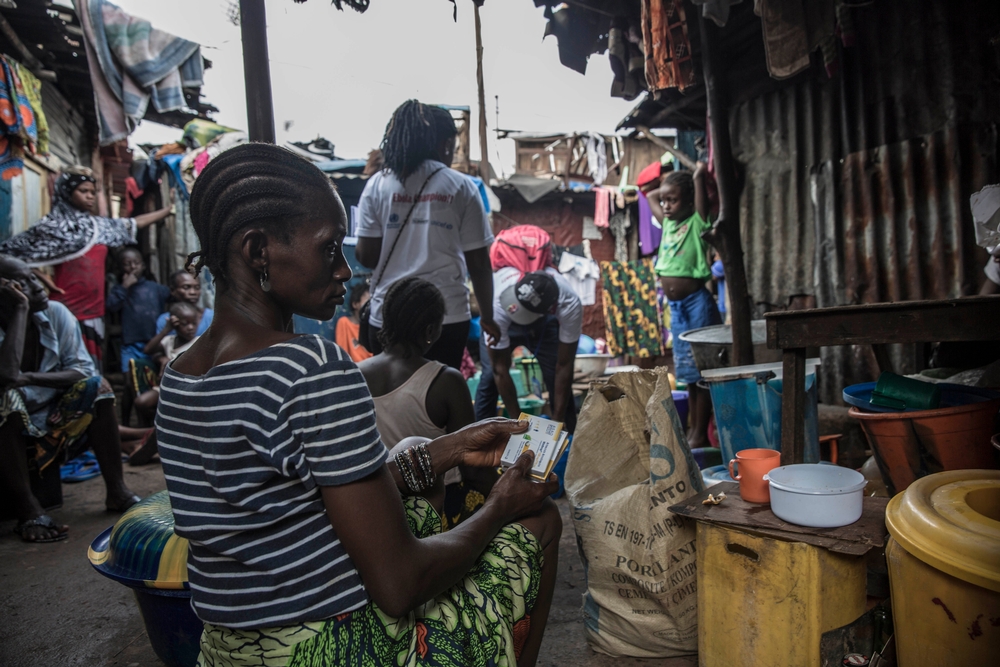 As part of its ongoing emergency response to Ebola in West Africa, Médecins Sans Frontières/Doctors Without Borders (MSF) has carried out the largest-ever distribution of antimalarials in Sierra Leone, alongside the Ministry of Health. 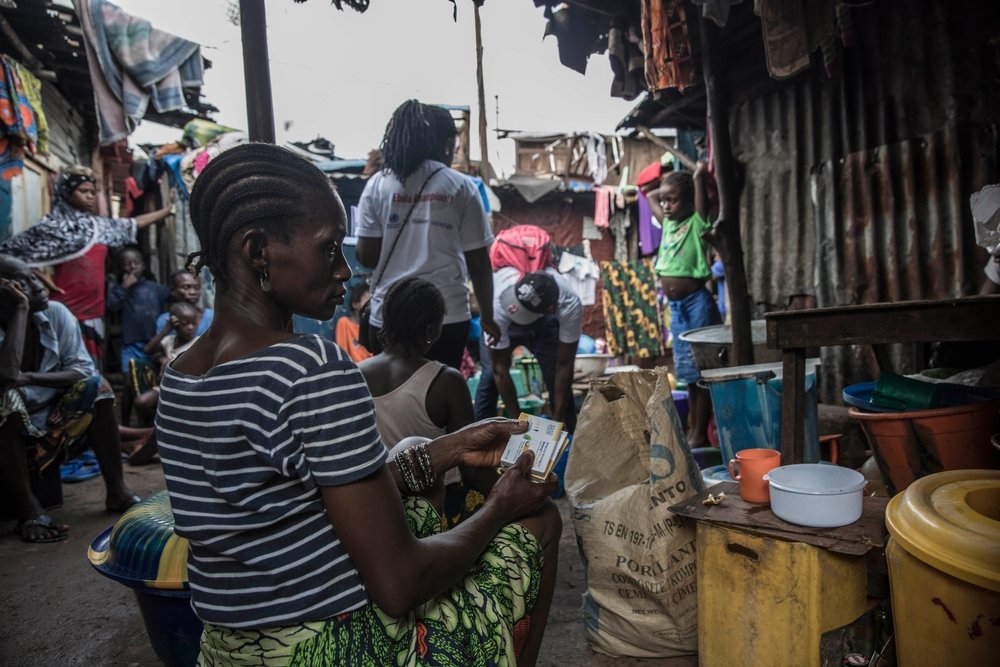 Teams distributed 1.5 million antimalarial treatments to residents of Freetown and five districts in the surrounding Western Area over four days, with the aim of protecting people from malaria during the disease’s peak season.

“In the context of Ebola, malaria is a major concern, because people who are sick with malaria have the same symptoms as people sick with Ebola,” said Patrick Robitaille, MSF field coordinator in Freetown. “As a result, most people turn up at Ebola treatment centres thinking that they have Ebola, when actually they have malaria. It’s a huge load on the system, as well as being a huge stress on patients and their families.” 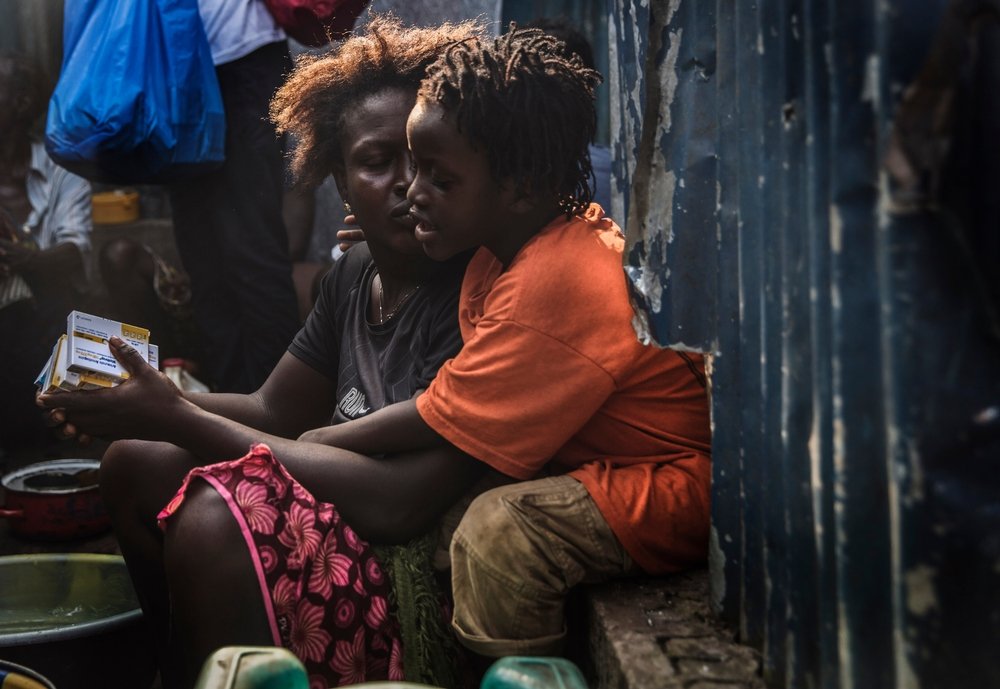 Surinyach Anna/MSF
A woman and her child get the anti-malaria drugs distributed in Freetown. MSF hopes to reduce the number of malaria cases and help stemming the Ebola outbreak.

Sierra Leone has the fifth highest prevalence of malaria globally, and the disease is the biggest killer of children under five in the country. Malaria symptoms include high fever, dizziness, headaches, muscle aches and fatigue, many of which are similar to the symptoms of early stage Ebola.

The antimalarial drug artesunate amodiaquine can be used both to prevent and to treat malaria. Its widescale use is recommended in the context of an Ebola outbreak by the World Health Organization (WHO).

At 1.5 million treatments, this is the largest-ever distribution of antimalarials in an Ebola outbreak, as well as the largest ever conducted in Sierra Leone. “The size of this campaign is in proportion to the scale of the Ebola epidemic – it’s massive,” said Robitaille. 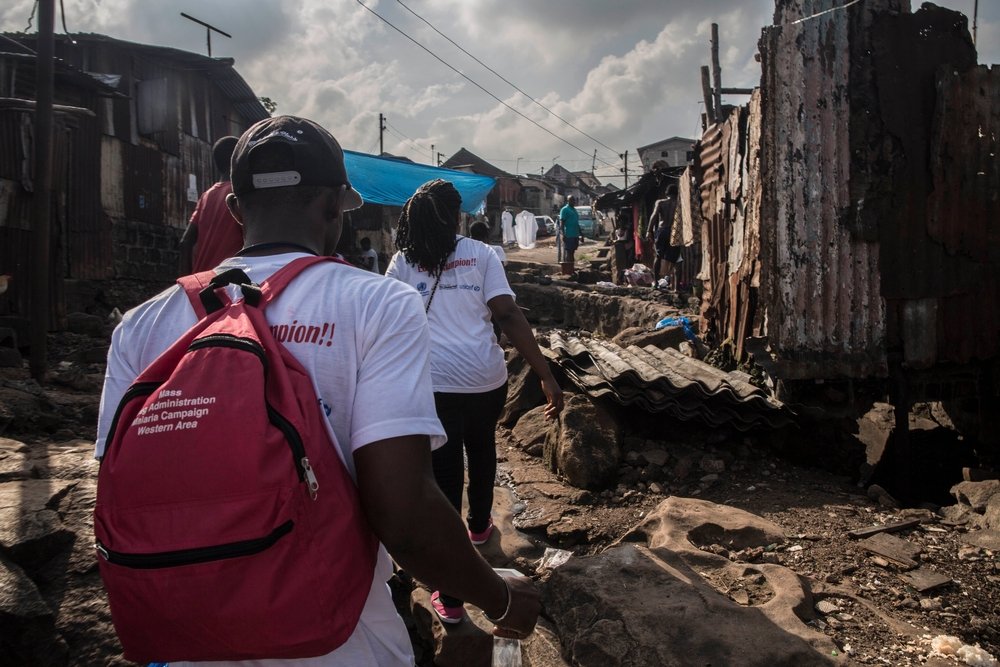 Surinyach Anna/MSF
Together with the Ministry of Health and amidst an Ebola oubreak, MSF has conducted one of the biggest anti-malaria drugs distribution.

MSF recruited and trained more than 6,000 volunteers to distribute the drugs. Supervised by MSF, the volunteers collected the antimalarials from local health centres before going house-to-house along assigned routes, explaining the purpose of the distribution and how to use the medicines to prevent malaria. Each household received age-appropriate malaria treatments for every family member. The volunteers then marked each visited home with chalk.

“All of my family are going to take the medicines – half of us have malaria in Sierra Leone,” said Humu Rahman Bangura, a nurse from Kroo Bay community who received drugs for her family from one of the volunteers. During peak season, 43-46 per cent of children in Sierra Leone’s Western Area were febrile in the previous two weeks. 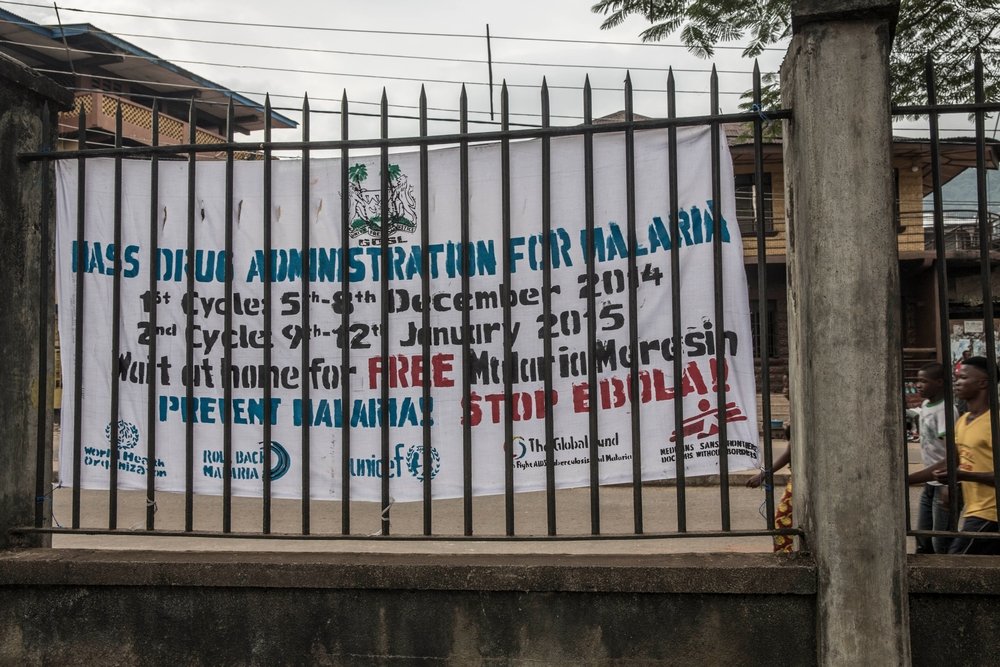 Surinyach Anna/MSF
MSF and the Ministry of Health distributed anti-malaria drugs to over 1.5 million people in December 2014.

Kumba Umu Koroma, a nurse and distribution volunteer, also from Kroo Bay, said that local people welcomed being provided with antimalarials. “Some people are not able to afford the common malaria drug. If we go from house to house to distribute it to them, they are very happy to receive it because they say they don’t have money to buy it.”

The mass distribution of antimalarials is part of MSF’s broader objective to fight the Ebola outbreak where it is expanding most rapidly, in the densely populated Western Area of Sierra Leone, as well as addressing the wider healthcare crisis. “We hope to reduce malaria while also reducing the burden on Ebola treatment centres,” said Marcus Bachmann, MSF’s head of mission in Sierra Leone.

A second mass distribution of antimalarials is planned by MSF for early January in Freetown and the Western Area.