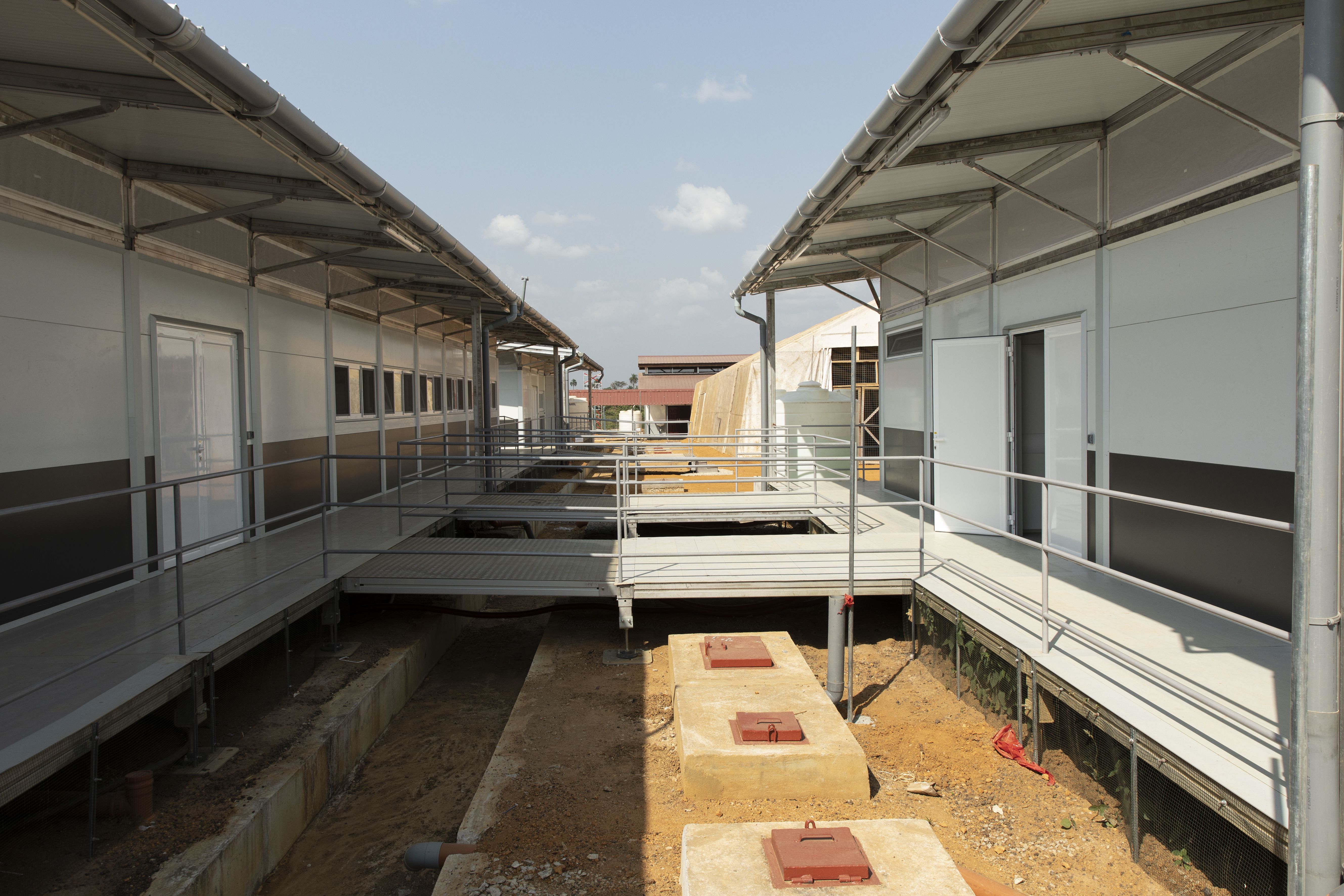 On 06 March, Médecins Sans Frontières/Doctors Without Borders (MSF), welcomed the first patients in its new 63-bed hospital in Hangha town, Kenema district, Sierra Leone. The country has one of the world’s highest maternal and child mortality ratio; each year about 1,360 women die during or shortly after child birth*. 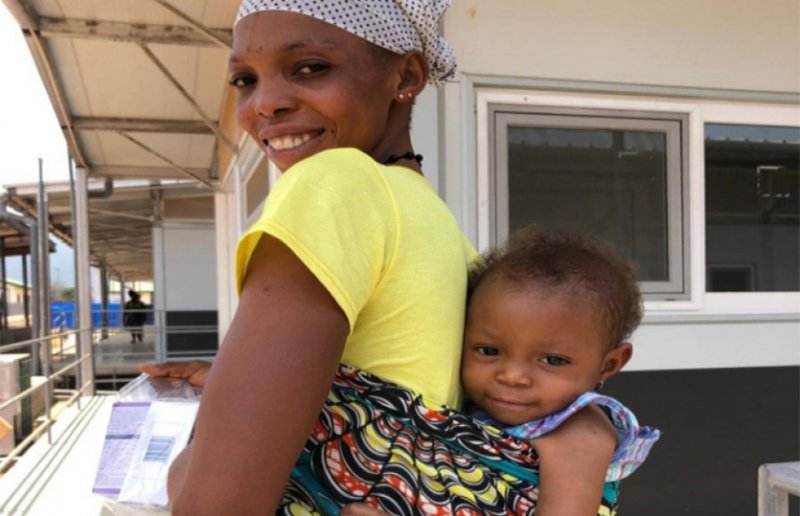 An already fragile health system, and a dire lack of health workers, caused in part by the 2014 Ebola outbreak, have also led to a drastic rise in the number of deaths among children under five.

“Mortality estimates were already one among the highest in the world for children under five and researchers have predicted that child mortality could, according to United Nations increase to 114 for every 1000 live , a further 74 percent due to the loss of health personnel during the Ebola outbreak,” says Olga EM, medical coordinator for MSF in Sierra Leone.

Between May 2014, when the first case of Ebola was recorded in Sierra Leone, and early 2016, when the country was declared Ebola-free, the epidemic claimed 3,956 lives, including seven percent of the country’s health workers.

This is why, explains EM, MSF has made the professional development of local health workers as one of the top priorities in Sierra Leone. “Training was provided to 160 MSF Hospital staff in Kenema district in 2018. Another 50 State Enrolled Community Health Nurse sent to Ghana 24- scholarship program to become Registered Nurses and 25 Midwives and 12 nurses from MSF and MoHS joined the team in Ghana for an 18-month diploma course.” 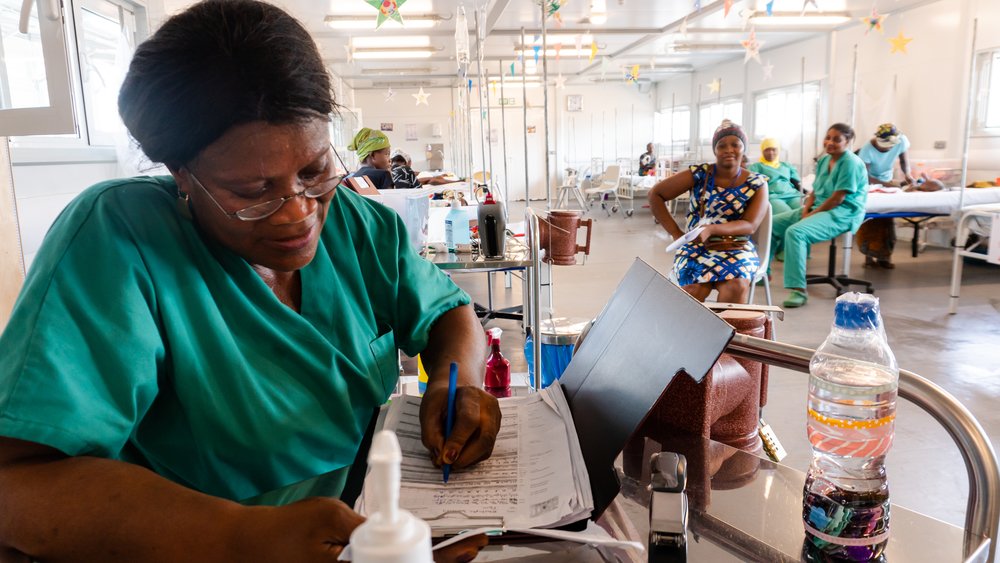 MSF/Sarah Murphy
ITFC nurse Mary Kainesia, a Sierra Leonean who has worked for MSF for more than 15 years, fills out paperwork at the newly-opened hospital in Kenema district, Sierra Leone.

During its first phase, the MSF Kenema hospital will provide a laboratory and blood bank, alongside services including an emergency room, a intensive care unit, an inpatient therapeutic feeding (ITFC), a general ward and an isolation ward for suspected Lassa fever cases. 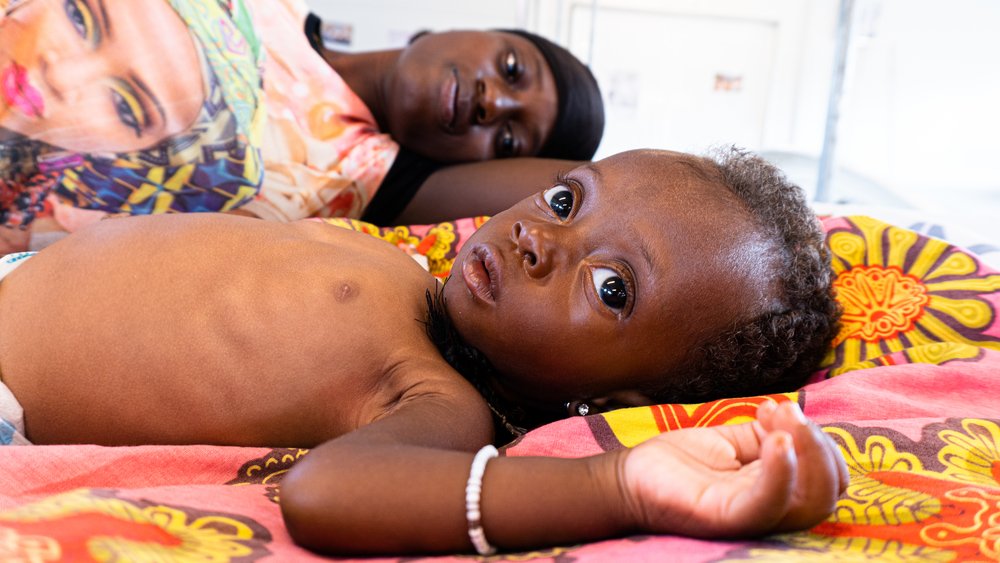 MSF/Sarah Murphy
7-month-old Adama Musa, from Kenema, and her mother lie on one of the beds in the ITFC at MSF’s newly-opened hospital in Hangha, in Sierra Leone’s Kenema district.

One-year-old Fudia, was the first patient treated at the hospital.  She was brought to the emergency room by her mother Mabinty.

“I brought my daughter to this hospital because she was suffering from poor appetite and diarrhea. I heard about the hospital from my and I decided to come for the services.”

“ cried when the staff in green scrubs checked her height, weight and vital signs. I could only imagine how strange and overwhelming it must have been to be the only patient in a brand-new hospital. During the first feeding time, the staff began singing and clapping, and we saw the first beautiful smile from our young patient. Over the next few days, I saw Fudia healing and growing. I knew that we were here for a reason, that in opening this would help more children smile, grow and thrive,” says MSF nurse Amanda Hooyboer. 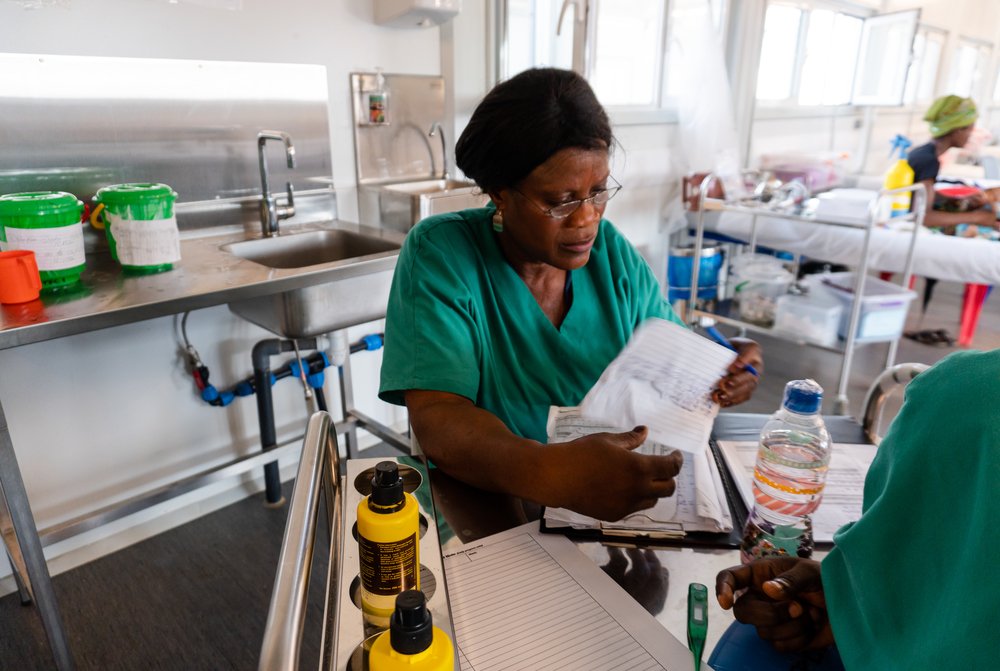 MSF/Sarah Murphy
Mary Kainesia, a nurse at the hospital's inpatient therapeutic feeding centre, is a Sierra Leonean who has worked for MSF for more than 15 years.

Through comprehensive support to 13 primary health units in three (Gorama Mende, Wandor and Nongowa) and a new hospital in Hangha, MSF aims to reinforce the district health system and reduce Sierra Leone’s record-breaking levels of child and maternal morbidity and mortality.

The MSF hospital on 14 June, 2019 by the Minister Professor Alpha Tejan Wurie, Minister of Health and Sanitation.

MSF has worked in Sierra Leone since 1986. The returned in 1995 to provide assistance to internally displaced Sierra Leoneans during and immediately after the decade-long civil war. Another large-scale response was during the 2014-16 Ebola outbreak. MSF now works in two districts, Kenema and Tonkolili, providing medical care and supporting initiatives to strengthen the health system.

OUR WORK IN SIERRA LEONE >