Sierra Leone: “They named him after me”

Sierra Leone, the small nation of around 7 million people, was devastated by the 2014-2015 Ebola outbreak. MSF Clinical Health Officer Mohamed Momoh, 34 years old, was born in Bo Town, Sierra Leone. He attended Njala University Community Health Sciences, and holds a diploma in Community Health and Clinical Studies (CHO). He has worked with MSF since 2014. He touches on his experiences, the impact of Ebola and his current work with MSF. 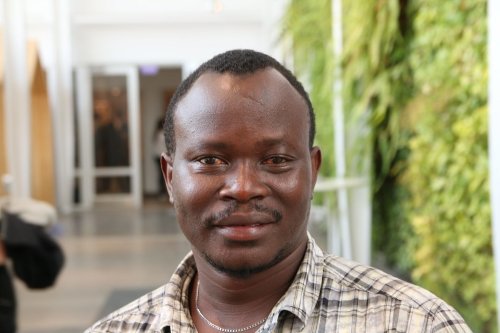 I decided to study medicine because of an incident that happened to my family when I was a teenager. My six-year-old niece was unwell. My sister took her to a doctor and she was informed that a surgical intervention was required. As a single parent, the cost of implication was too high for her to bear. My niece’s condition deteriorated. Frustrated and worried for my sister and her baby, I shared what I was going through with my school mates. It just happened that my classmate’s brother intervened and assisted my sister with the money to enable the surgery; and my niece was saved because of the passion, care and love from this person. I was enthused. And my passion to help others was kindled. Since then, I knew I wanted to help children access timely, cost effective health care. The fee associated with access to care especially for under-five, pregnant women, and lactating mother is strenuous for families and this can have a negative impact on the health-seeking behavior on anyone really.

After my university studies, I worked in the Panguma mission hospital in Kenema District attached to children's ward and outpatient department for eight months. In 2016, I moved to Kambia private hospital where I worked as a Clinical Health Officer for one year.

During my time as a medic in Sierra Leone, we have been confronted with tremendous challenges including a population’s limited access to health care due to lack of proper infrastructure. There is a dire lack of equipped health staff, compounded by close to 10 percent death rate of the country medics during the Ebola epidemic in 2014. Areas like Gorama Mende and Wandor (GMW) Chiefdom, where I am presently working, are further disadvantaged due to their remoteness. And with a struggling health system recuperating from the Ebola outbreak, it is no wonder that the country has among the world’s highest maternal and child mortality. 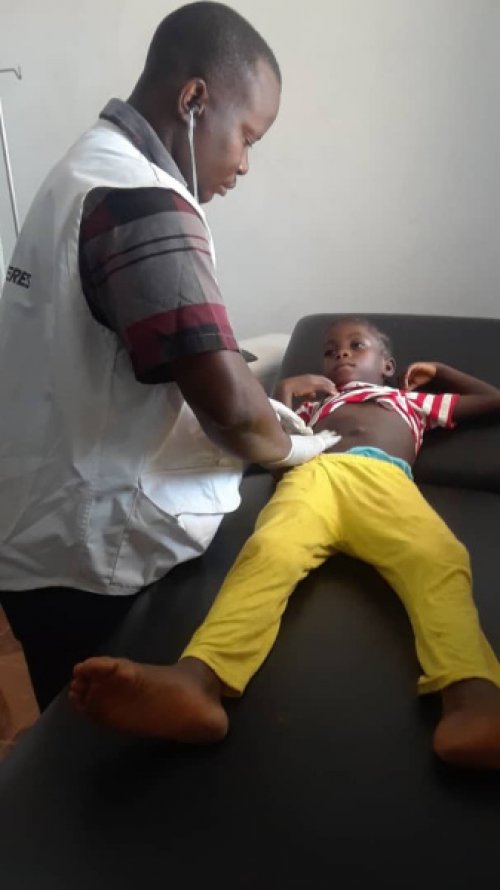 Mohamed attending a small patient at an MSF clinic

The Ebola outbreak traumatised us. I was not infected but I lost someone very close to me. My best friend, both alumni from the same university, contacted the virus and later died of Ebola in November 2016. On top of being sad, I was terrified. I was confused. I deliberated whether I should resign or stay in the job. Was it a suicide mission? But I hung in there; I came to this job to save lives despite the grave risks.

Since I started working for MSF, my life has changed in diverse ways. I have not only improved my skills, I have also gained respect and confidence in my home area and in the community I am currently working. As a clinical health officer, we aim to provide essential health care services with the objective of reducing the number of deaths. Working in close collaboration with the ministry of health and sanitation, among other activities, we offer free health care services to children under five and pregnant women.

I recall one day in 2018 when I was on a field visit to Falla community health post, about one hour from GMW. We came across a woman in breech labour. With my heightened skills and handiness in breech delivery maneuver, I delivered the baby successfully. But, the baby was not breathing. I called for help. My colleague rushed in, and we resuscitated the baby. The parents were so happy that they named him after me. They did not have to, I still feel very humbled and importantly honored to have saved that mother and child’s life.

Coming across such experiences, I want to further contribute to the development and strengthening of the health care system in Gorama Mende and Wandor Chiefdom, in Bo, but also in the entire country by becoming an advocate for access to quality health care and timely access in remote areas. I am very encouraged that with the newly opened Kenema MSF hospital in Hangha town, more lives will be saved and that the medical activities and the dedication of the team will curtail the high number of child deaths.

As a medic, working day-to-day with often very sick children; it is important to balance work and life which can immensely contribute to stress reduction. I find this balance by playing and watching football and I am always happy to be with my family; my two children, my wife and friends; a constant reminder of why I should care in bringing wellbeing and healing to my patients.

Sierra Leone has among the highest child mortality rate globally. MSF launched its first operations in the country in 1986. Over the course of the subsequent three decades, MSF has responded to conflict- and displacement-related medical needs, leading causes of paediatric and maternal mortality with a focus on malaria and maternal health, and the 2014-16 Ebola outbreak. The struggling health system was further shaken over the enormous loss of, close to 10 percent, medics during the Ebola outbreak.

our work in sierra leone >