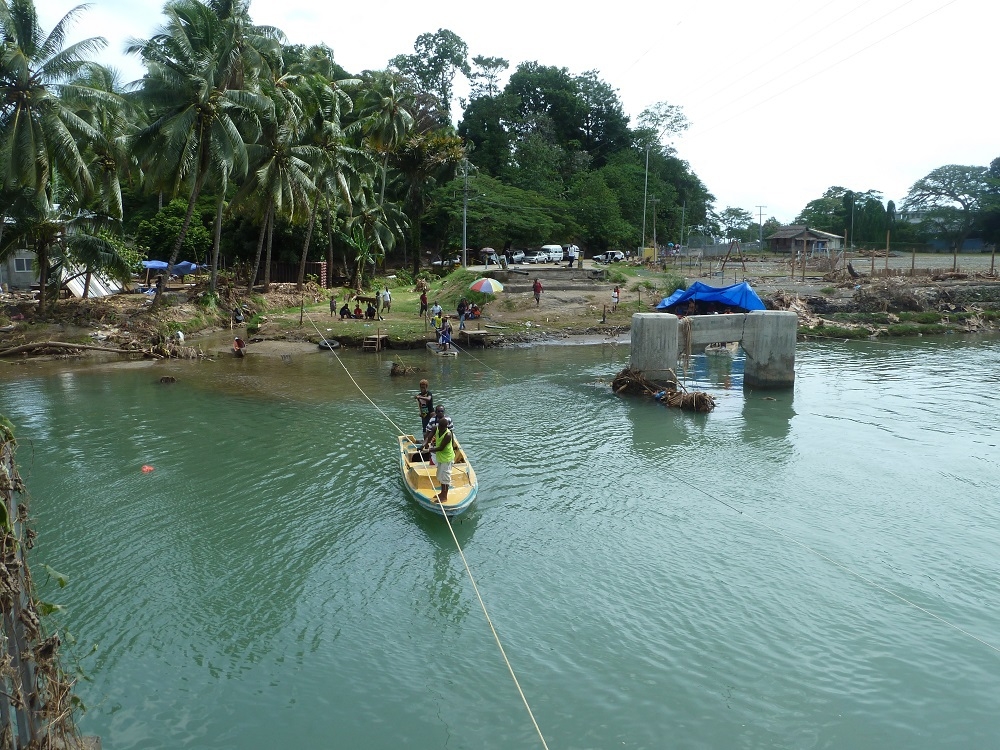 A team from the international medical organisation Médecins Sans Frontières/Doctors Without Borders (MSF) is providing medical care in the Solomon Islands to people displaced from their homes by devastating flash floods in early April.

Some 10,000 people were made homeless in the capital, Honiara, after floods swept away riverside communities, brought down bridges, destroyed roads and damaged some health centres.

Weeks after the disaster, almost 4,000 displaced people remain in a number of temporary evacuation shelters set up in churches, warehouses and schools across the city, as the authorities look for long-term solutions to rehouse them.

Many of the evacuation shelters opened in the immediate aftermath of the disaster are now closing, schools are reopening, and people are slowly resuming their normal activities.

MSF’s team – made up of a doctor, a psychologist and local nurses – began running mobile clinics in the evacuation centres days after the disaster struck.

Working in close collaboration with the Ministry of Health, they are providing basic healthcare and also mental healthcare with a special focus on children. They are also monitoring potential outbreaks of infectious disease.

“At the beginning, the overcrowded evacuation centres were a concern, as epidemics and waterborne diseases can easily spread in these kind of places due to poor hygiene conditions,” says Ruth Kauffman, MSF’s project coordinator in the Solomon Islands, “but overall the emergency response has now stabilised.”

MSF’s mobile team conducted 853 medical consultations during the first three weeks of the response.  “Most of the people we have seen, especially the children, are suffering from respiratory tract infections and acute diarrhoea,” says Kauffman.

“Many of the adults have trauma and body pain as a result of being injured during the floods by uprooted trees and other large objects, or from sleeping on the floor.” 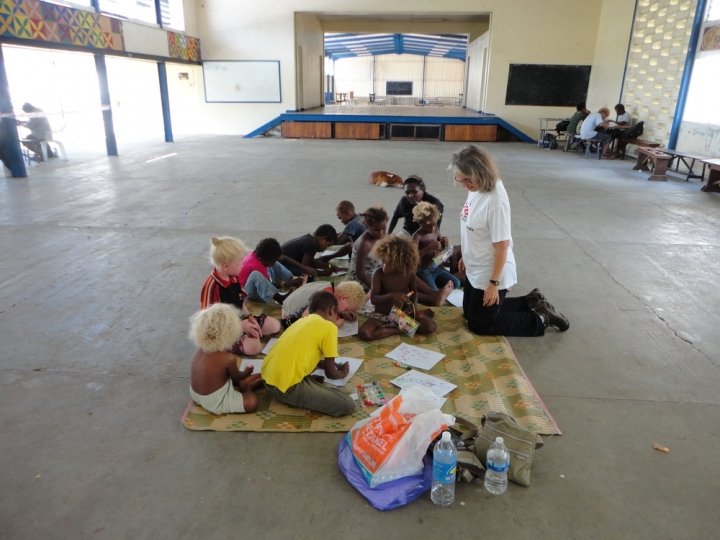 The flash floods had such a devastating impact because they struck without warning, giving people little time to escape from their homes. Twenty-three people died, according to official sources, while the capital’s infrastructure was seriously damaged.

“They are used to rain, but they had never experienced such intense rain as caused the flash flooding. People were very surprised and unprepared. During our mental health activities, children are drawing houses, family members, trees and dead bodies being swept away by the river.”

Normal life is slowly beginning to resume in Honiara. “Reestablishing a routine – especially going back to school – will help these children recover,” says Scott.

“Communities have really come together to support each other. They’ve begun to do an impressive clean-up of the mud that is still almost everywhere. And even in adversity, they manage to smile.”