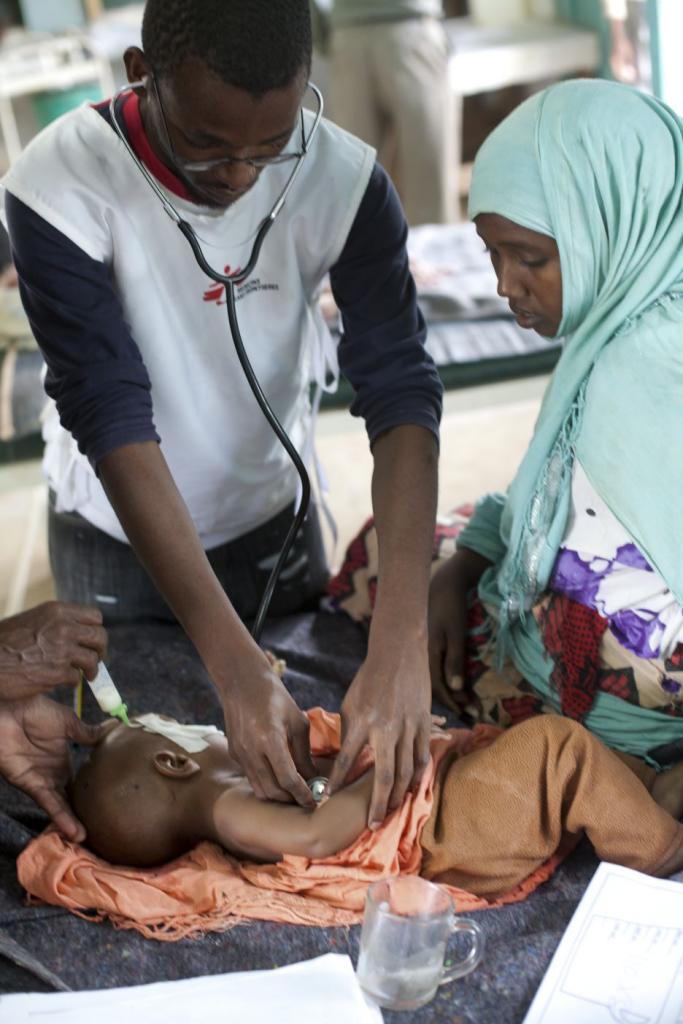 Over 3600 people who have found temporary shelter in the southern-Somali town of Jilib (Lower Julba Valley) received plastic sheeting, mosquito nets and soap. The goods were provided by our team that runs a large therapeutic programme for malnourished children and a hospital in the nearby town of Marere.

"I heard that in Jilib there is a camp [for displaced people] with food distributions and that made us start our trip to Jilib," said a recently arrived mother of six, who walked for most of the 230 km to reach the camp. "We wanted to go to the Kenyan refugee camps, but we were not able to pay the high price of the transportation to the camps. Instead, we arrived in Jilib, hoping to get some assistance," she explained. "

"We used to have cows but our livestock got devastated [by drought] four months ago. When we lost our last two cows, we travelled from our village on foot and it took us 15 days to reach Jilib."

Malaria on the rise among displaced

The distribution of relief items aims to provide highly needed shelter to people who are forced to live in open terrain while the mosquito nets are to prevent the spreading of malaria. In the Marere facility an increased number of patients is being treated for this disease.

As per August 4, the Therapeutic Feeding Programme in Marere has admitted 101 severely malnourished children with medical complications in its intensive feeding programme, while more than 740 other malnourished children are admitted in various ambulatory feeding centers in and around Marere. We are trying to expand our medical and nutritional services to deal with the high needs.

MSF does not accept any government funding for its projects in Somalia, all its funding comes from private donors.