Somaliland and Puntland: Improving care for people with drug-resistant tuberculosis

Drug-resistant tuberculosis can be cured

Difficulties of drug-resistant forms of TB

"Tuberculosis is a longstanding health concern in this region," said Jocelyne Madrilene, head of MSF's tuberculosis program in Somaliland. "We are focusing specifically on improving care for people with drug-resistant tuberculosis because it is more complicated for the patient and the medical system to manage." 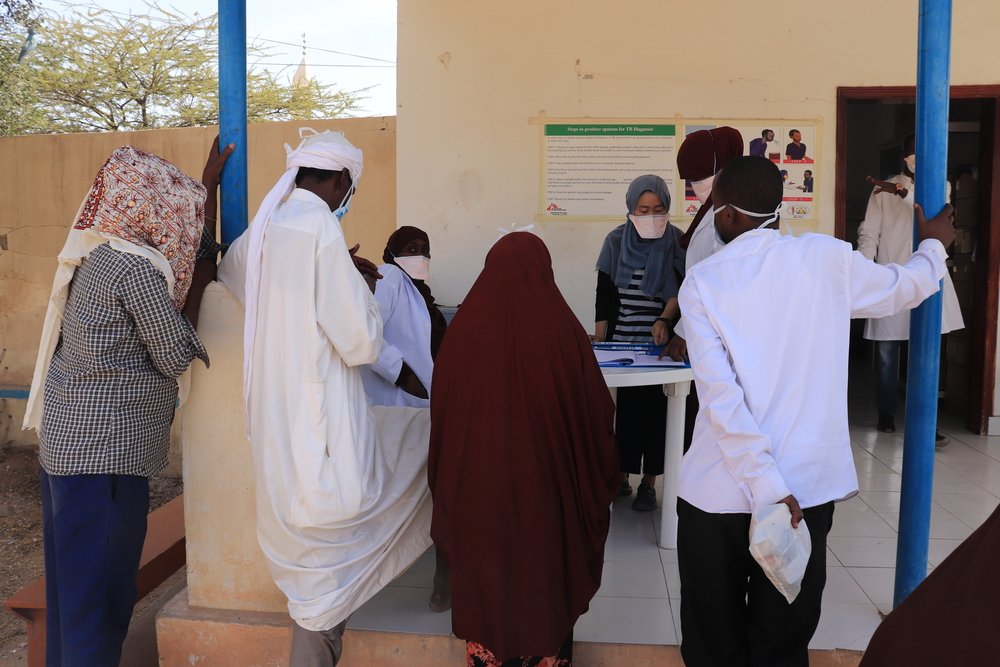 Abdalle Mumin/MSF
Patients receive information and medication at Hargeisa TB Hospital. MSF provides medical and technical support to the hospital as part of a response to drug-resistant tuberculosis in western Somaliland.

People fleeing recurrent conflicts and droughts in the region often live in close quarters, increasing the risk of tuberculosis transmission within a household.

According to a 2019 World Health Organization estimate, Somalia and Somaliland have 26 new cases of multidrug-resistant tuberculosis per 100,000 people per year, which is among the highest rates in Africa.

MSF started supporting the Somaliland Ministry of Health Development (MoHD) in the diagnosis and treatment of DR-TB in 2019. Today, MSF is providing medical and technical support at a tuberculosis hospital in Hargeisa and three regional tuberculosis centers in Borama, Berbera and Burco.

So far, 96 patients with DR-TB have received treatment through this initiative, 39 of whom have completed their treatment.

Sadiq Ibrahim Mohamed, 20, is one of the first patients in Hargeisa on the shorter DR-TB treatment regimen, and he spoke about his experiences to encourage others to seek testing and treatment.

"I suspected myself after I developed persistent cough, fatigue and high fever especially at night," Mohamed said. "My worry at the time was the fear of something more dangerous than TB. After the tests, doctors informed me it was DR-TB, they tested both my blood and sputum to confirm it. They explained that I needed the new oral DR-TB medication (bedaquiline) ... I got more relaxed and accepted my condition after I was told of how DR-TB is treatable." (Read his full account below.) 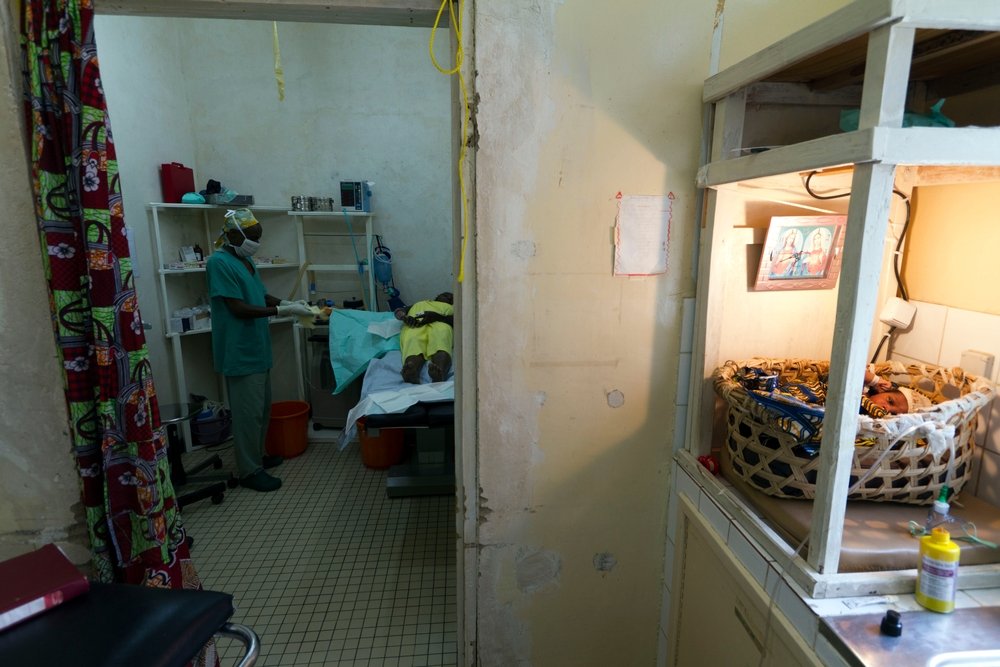 MSF is now focusing on outreach to sites where nearly 100,000 displaced people live in Hargeisa, to encourage people to be tested for tuberculosis. Anyone with tuberculosis, including DR-TB, can then enroll in treatment.

"What is important for everyone to know is that tuberculosis can be cured, including drug-resistant tuberculosis," Madrilene said. "People with symptoms of tuberculosis should seek testing from a health center because treatment can save lives."

In 2020, MSF and Somaliland's Ministry of Health and Development began enrolling eligible DR-TB patients in an updated treatment regimen that is easier for patients to complete. It involves taking oral DR-TB medications for nine months, rather than for 20 months, which had been the standard course of treatment.

The new regimen includes bedaquiline, which is one of only three tuberculosis medications to be developed in more than half a century.

In Galkayo North, MSF supports a tuberculosis hospital that serves people in Somalia's Puntland state and Mudug region. Since 2018, MSF has helped treat 51 patients with a nine-month oral treatment regimen for DR-TB, including bedaquiline. A total of 37 patients have completed their treatment while 14 are still on treatment.

The transition from injectable to oral medication enables DR-TB patients to continue their treatment at home rather than return daily to a health facility for an injection, as was the case before. 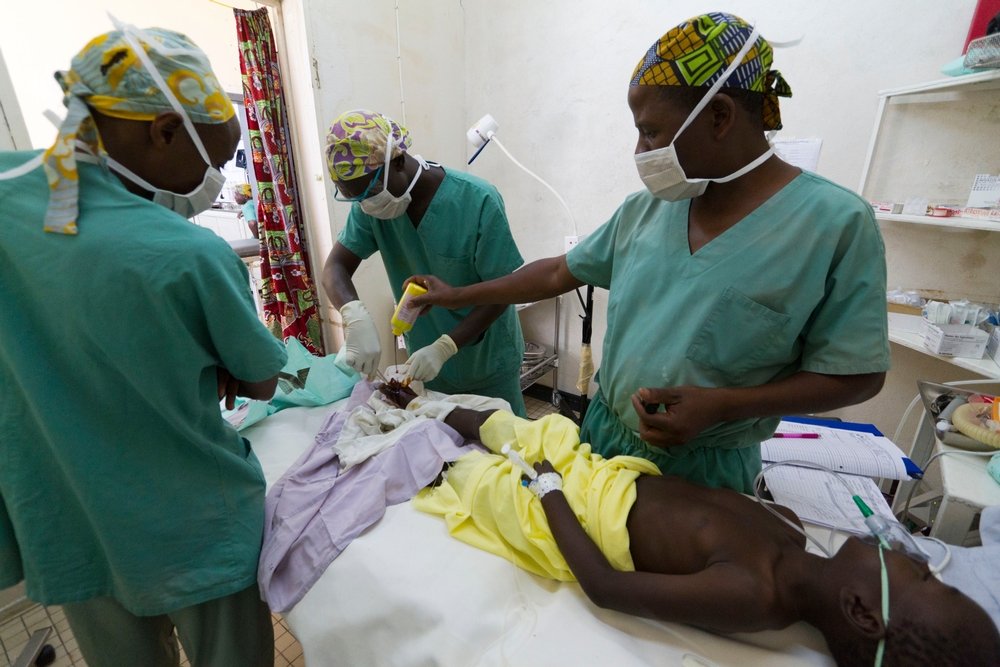 Patients self-administer their oral medications at home with the help of a family member who has received training. Patients also require less frequent visits to health facilities, because the oral regimen produces fewer side effects that require monitoring.

One of the first patients in Hargeisa to take the oral nine-month treatment regimen for DR-TB shared his story to encourage other patients to seek treatment.

Sadiq Ibrahim Mohamed, 20, has lived in Hargeisa for more than three years, after previously relocating from Djibouti. Mohamed fell ill in mid-2020 and was taken to a private medical facility in Hargeisa. After tests, he was diagnosed with DR-TB and the doctor referred him to the Hargeisa TB hospital. 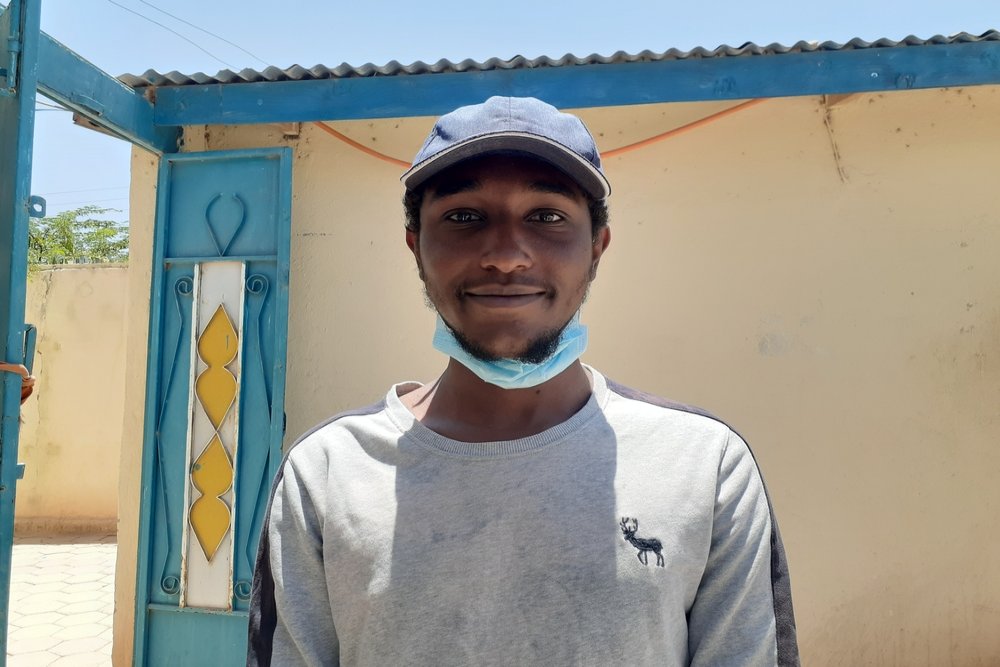 MSF
Sadiq Ibrahim Mohamed, one of the first patients in Hargeisa to take the oral nine-month treatment regimen for DR-TB shared his story to encourage other patients to seek treatment.

This was the first time I contracted TB and after the tests, doctors informed me it was DR-TB, they tested both my blood and sputum to confirm it. They explained that I needed the new oral DR-TB medication (bedaquiline), because I had prolonged symptoms.

I do not know how I contracted the disease but I suspected myself after I developed persistent cough, fatigue and high fever especially at night. My worry at the time was the fear of something more dangerous than TB. I got more relaxed and accepted my condition after I was told of how DR-TB is treatable and how it spreads among the population.

Mohamed was admitted to the Hargeisa TB hospital for the first three months of his treatment, while his condition was closely monitored.

I would not go out of the hospital, but when my family and relatives visited me, we always wore masks to protect each other and kept the physical distancing required.

It was tough for me when I first started the medication; I felt some side effects like vomiting. My family was told about how they can protect themselves while still taking care of me by wearing masks and other means of prevention. I was told that I needed to stay in the hospital for three months and I stayed there without doing anything else but taking my medication.

Lack of awareness for DR-TB

Mohamed believes that many people in Somaliland are not well aware of drug-resistant TB until it affects them.

I never know much about TB until I contracted it myself and there are people among the community who are the same, but I have met people in the hospital and I now think more people are seeking treatment for it.

People react to this disease differently. Even if you are showing symptoms, you cannot be sure of your status unless you go for a diagnosis. There are people who ignore the symptoms and do not go for testing; others go for testing immediately they start to suspect themselves.

I was worried when I first leant that this disease could require treatment for a period of over one year, but when I was told of the new shorter regimen, I felt really happy.

I contracted DR-TB in the midst of the COVID-19 pandemic and because of the similar symptoms I exhibited, people suspected me of having COVID-19 and I was worried. People feared I could be having COVID-19 and kept away from me, but I was not stigmatized for it.

Patients complete their DR-TB treatment on an outpatient basis after they are discharged from the hospital. Sadiq explains:

We are given drugs for one or two months to avoid coming to the hospital every day. I personally go for my medicines every two months and get tested every time we are given the medicines.

Taking the medicines outside of the hospital did not change my discipline in adhering to the doctor's prescription. I made myself a timetable taking my drugs every morning after breakfast so that I do not miss even a single day.

I was advised to be extremely cautious with how I take my medicines and I follow that to the letter. This might be tough for people who are working or busier with other things, that they forget to take it as it should be.

The doctors at the hospital are treating us very well and are constantly following up on our condition. I am now responding well to the medication. I can say that I have been treated with quality medications at no cost to me. I would urge people to seek diagnosis and treatment for TB which has been brought nearer to them.