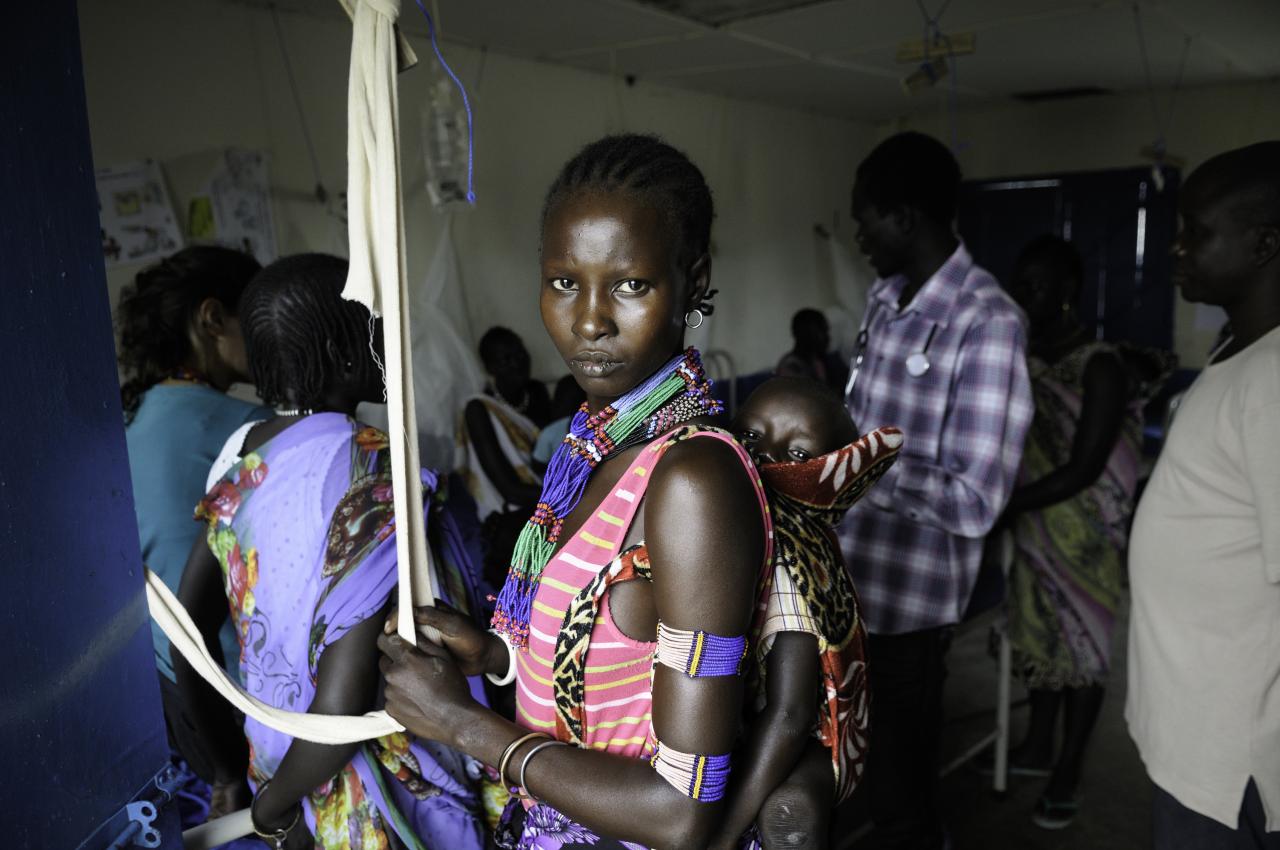 South Sudan: 120,000 People in Pibor County Cut Off from Aid

An estimated 120,000 people have fled fighting in and around the main towns in Pibor County in South Sudan’s  Jonglei state and are now hiding in unsafe and malaria-infested swamps without access to safe drinking water, food, or medical care, said the international medical humanitarian organization Médecins Sans Frontières/Doctors Without Borders (MSF).

The government of South Sudan must allow immediate humanitarian assistance to these areas to prevent the deaths of thousands of internally displaced persons, said MSF.

Many of the displaced have fled for their lives into the bush amid intensified fighting between the South Sudan Army (SPLA) and the David YauYau armed militia group over the past month.

The heightened fighting has coincided with the destruction of medical facilities throughout the county, including the systematic looting of the MSF hospital in Pibor town in late May, and the refusal of the SPLA to allow or facilitate the provision of humanitarian assistance to the displaced population.

“Immediate action is required to avoid catastrophe”, says Dr Bart Janssens, MSF director of operations. “The area in Pibor County where the population is hiding will flood during the imminent rainy season.

"At the moment we are not able to contact the people hiding in the bush. The rainy season has already started and we know from MSF’s years of experience in Jonglei that without medical care mortality rates will rise rapidly with people dying of pneumonia and other respiratory diseases, malaria and diarrhoea.

"Furthermore starting in June, the communities start to run out of food before the next harvest arrives.”

Fleeing for their lives

The displaced population has fled the main towns in Pibor county most likely out of fear of being confused with rebels groups or being caught in the crossfire.

The real or perceived lack of distinction between civilians of the Murle community and combatants will only increase the risk of disease and death for a population living with violence, displacement and fear, said MSF. Nearly the entire Murle community from Pibor County has been cut off from any assistance.

As the only two hospitals in Pibor County, in Boma and Pibor, have been looted and vandalised, there is no healthcare available anymore for the population, other than MSF’s very basic primary health post in Gumuruk. From January to March, the Pibor hospital treated 3,000 people and provided surgical care to more than 100 people suffering war-related injuries, including SPLA soldiers.

Repeated requests by MSF to the authorities to travel outside these towns to deliver assistance to the people hiding in the bush have been denied.

Recently MSF was informed unambiguously by the SPLA commanders that the organisation would not be permitted to go to opposition held territory to provide medical care, or that travel into the bush to conduct assessments of the needs of displaced people would not be permitted until such time as the government has 'control' of the area.

“MSF teams stand ready to resume and scale-up medical activities for all people in need regardless of the community they belong to but South Sudan authorities must allow the unhindered provision of humanitarian assistance to the displaced,” adds Dr Janssens.

“All parties to the conflict should respect medical facilities, staff and patients. The urgency of this cannot be overstated. People are displaced in a zone that will shortly be under a meter or more of flood water.”