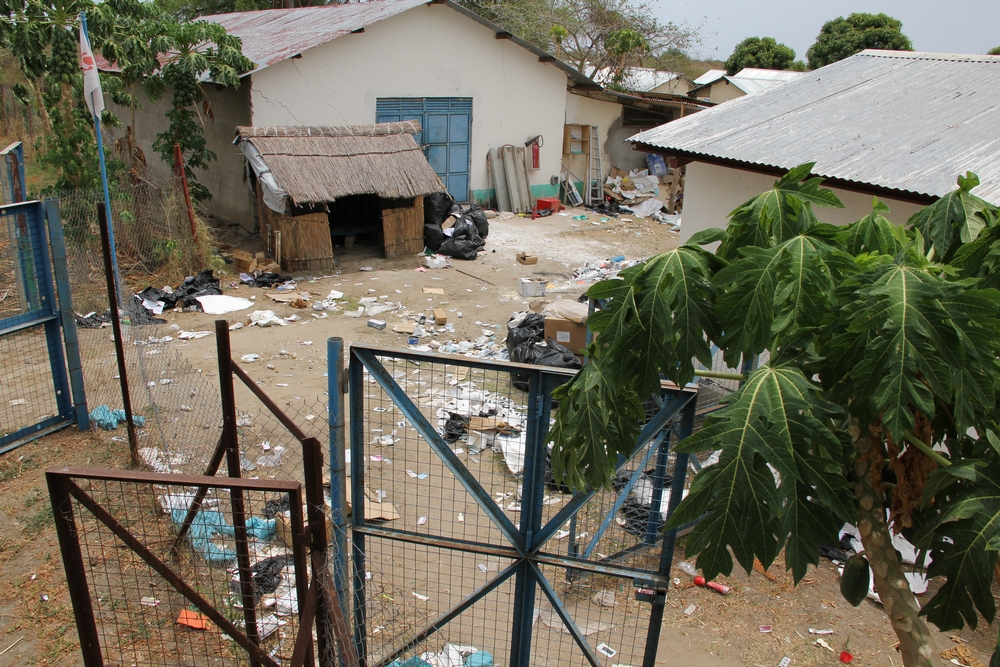 When heavy fighting broke out and bullets started flying around the Médecins Sans Frontières (MSF) medical centre in Pibor, South Sudan, Dr. Marisel Mendez was treating a two-year-old boy in the pediatric ward, a concrete room with six hospital beds and cartoon drawings on the walls to make it a welcoming space for children.

While caring for the boy, Marisel heard the first gunshots in the distance but stayed focused on her patient.

As the sound of gunshots grew closer and closer, Marisel saw staff and patients beginning to run towards the designated safe area of the MSF compound.

Yet Marisel stayed, sitting on the floor of the ward beside the child’s mother to stay low while attending to the sick child. She remained as long as possible, but eventually it became clear it was getting too dangerous to stay.

Marisel also ran to the designated safe area, arriving as the first sounds of bullets whizzing through the air could be heard.

/MSF
Upon return to the MSF healthcare centre in Pibor, MSF teams encountered a scene of chaos and destruction. Fans were ripped from the ceiling in the patients’ wards, electronic equipment and fuel were taken and all the therapeutic food used for treating malnourished children was stolen.

Evacuation from the medical centre

With the increasing sound of heavy weaponry, the MSF team moved out to the UN base on the other side of town.

As the MSF team left, some patients who managed to make it to the front gate of the medical centre were able to jump into the vehicles that whisked the team away, but the two year old boy Marisel had been treating with was not among them.

When the MSF team arrived in the UN compound they began supporting the treatment of wounded patients. One of them was a six-year-old boy, hit by a bullet in the stomach.

Despite the best efforts of the medics who poured their energy into saving him, the wound was too severe and the child died the following day.

Fighting continued in Pibor for three days, from February 23rd to the 25th. Thirty-five other patients wounded in the fighting all survived.

But as Marisel and the other MSF nurses, midwives and logisticians were scrambling to provide life-saving care, the MSF medical centre that has served the community for over 10 years was being ransacked and looted to the point of being totally unuseable. 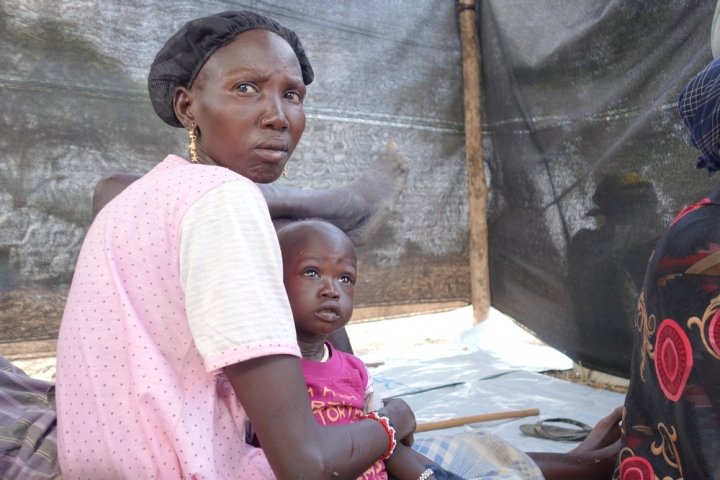 Jacob Kuehn/MSF
Mary in the clinic with her son David.

Conditions in the UN compound

Presently in the UN compound, women and children make up most of the two thousand people taking shelter.

They have only one latrine for every 350 people, less than 1.5 liters of water per person per day and no food distributions. But people stay here out of fear, and for some, because they know they have nothing left at home.

“All I was able to take with me was one jerry can,” says Mary, sitting in the waiting area of the MSF clinic that was hastily set up to provide a basic medical environment.

She holds her sick two-year-old son David in her arms as she explains that her house has been burnt and she had to beg for plastic sheeting while inside the camp so that her family of six could have any shelter at all.

“We have nothing to build a new house with,” she says.

Jacob Kuehn/MSF
Almost every shop in the 200 meter strip of corrugated steel structures that used to be the region’s commercial hub is gutted by looting, with debris littering the streets. A huge stretch of the market is burnt to the ground and it is almost entirely empty of people.

Pibor used to be the biggest market town for hundreds of kilometers and many people relied on trade to earn their livelihoods. Now, almost every corrugated steel shop in what used to be the region’s commercial hub is gutted or burned to the ground.

Behind one looted shop, the charred, skeletal remains of a person killed in the fighting still lies in the dirt, surrounded by burnt and collapsed structures.

MSF is treating 140 patients in Pibor every day and the medical team is working urgently to resume some level of emergency response in the looted health centre.

In spite of the hardship, there are still moments of celebration. For Marisel, those moments come especially when she is reunited with patients who were under her care at the MSF healthcare centre when the fighting started.

In each case there is feeling of jubilation, especially with the mothers.

“For me, it’s just such a relief. I worried for them, and it makes me so happy to know they are safe and that they are alive.”

But Marisel still thinks about the two-year-old boy she stayed with as the fighting started. “I hope he will also come back,” she says.

Read the latest news from MSF in South Sudan