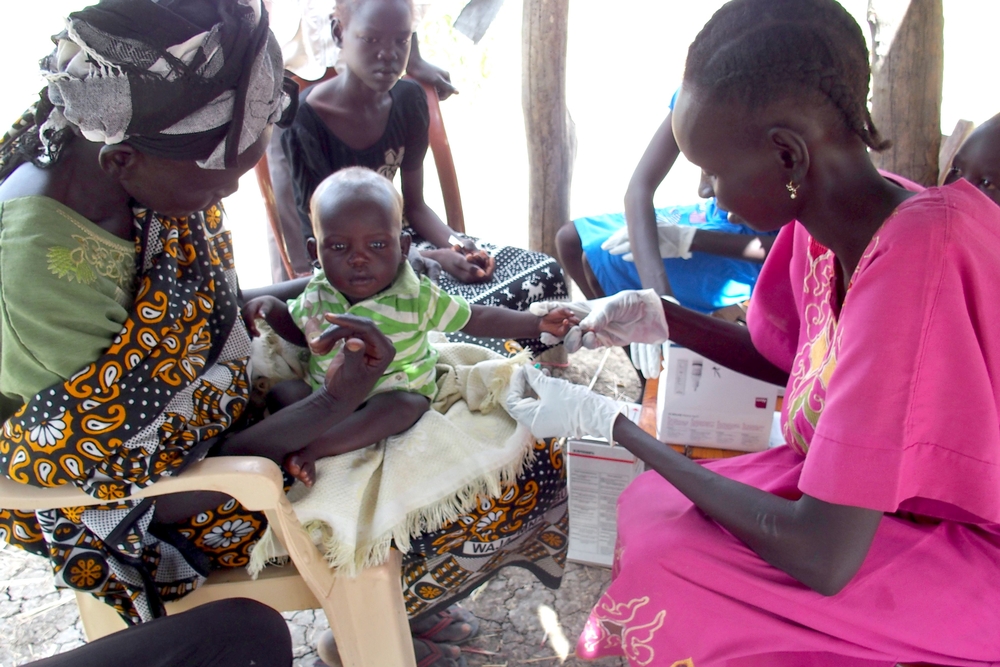 With few health facilities in this remote area, people with severe malaria often end up dying quiet deaths in their villages.

MSF is working with local communities to put an end to preventable illness and deaths, with a community-based test-and-treat programme to provide early malaria treatment for people living in distant rural areas. 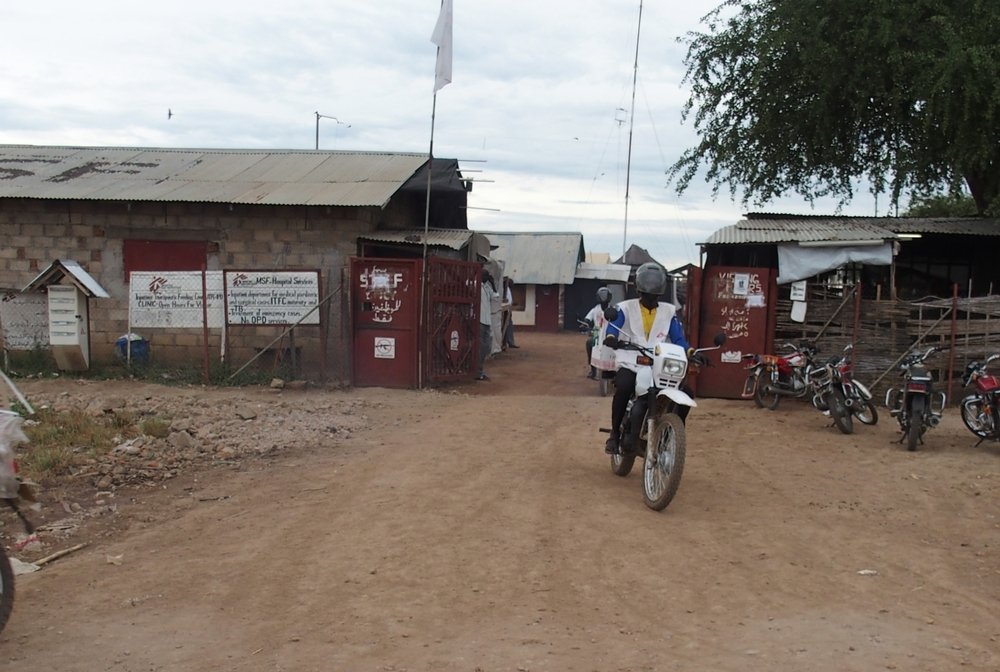 MSF has set up a network of 37 ‘malaria agents’, supervised by six community health workers, to diagnose and treat malaria in 23 villages within a 30-km radius of the town of Agok.

With the region’s poor roads becoming impassable to cars during the rainy season, the teams are using motorbikes to reach the villages.

Since the start of the programme in August, 19,411 people have received treatment in their villages after testing positive for malaria – an average of around 1,800 people per week.

Of these, more than 160 were cases of severe malaria and were referred to MSF’s hospital in Agok for specialised treatment. 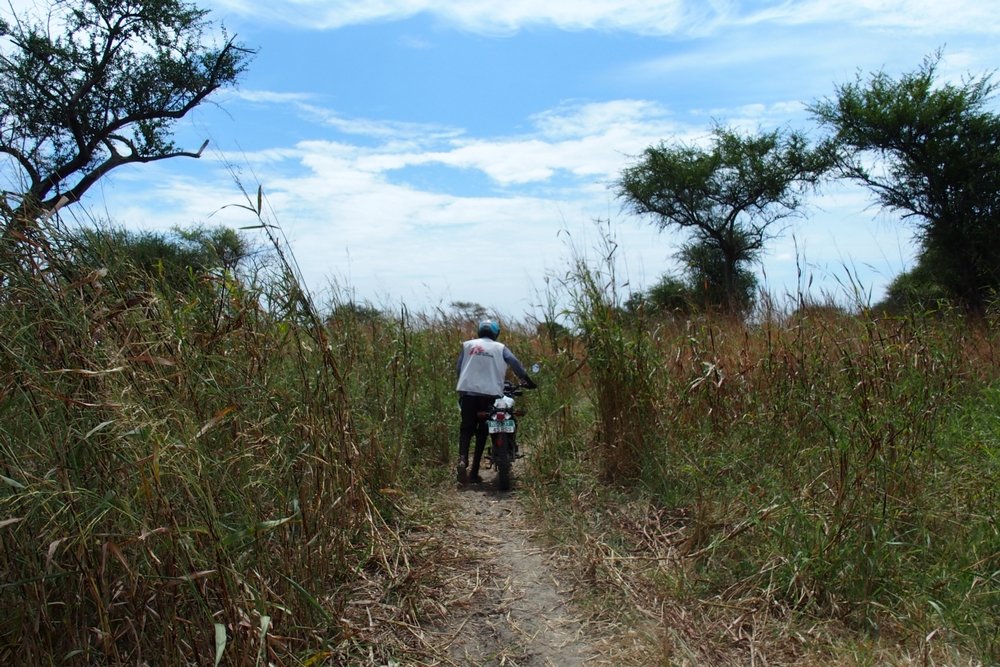 Alexandra Malm/MSF
Even the motorbikes cannot always withstand the bad roads. A punctured tyre adds extra time to the journey back to the hospital.

“Receiving treatment in their villages has been a game changer for people who before had to walk for several hours, and sometimes days, to get to the nearest health facility,” says MSF’s Jessa Pontevedra, who is managing the programme.

Earlier this year, MSF’s hospital was struggling to cope with the high numbers of patients admitted with severe malaria.

“In June, we increased the number of beds from 125 to almost 200,” says MSF doctor Sabine Haller.

“We put beds in the hallway, in the surgical ward and in four tents in the courtyard, but the hospital was still overflowing with severe malaria patients.”

But since the start of MSF’s community-based programme, the percentage of severe cases has decreased, falling to 17 percent in September and October, compared to 23 percent at the same time last year. 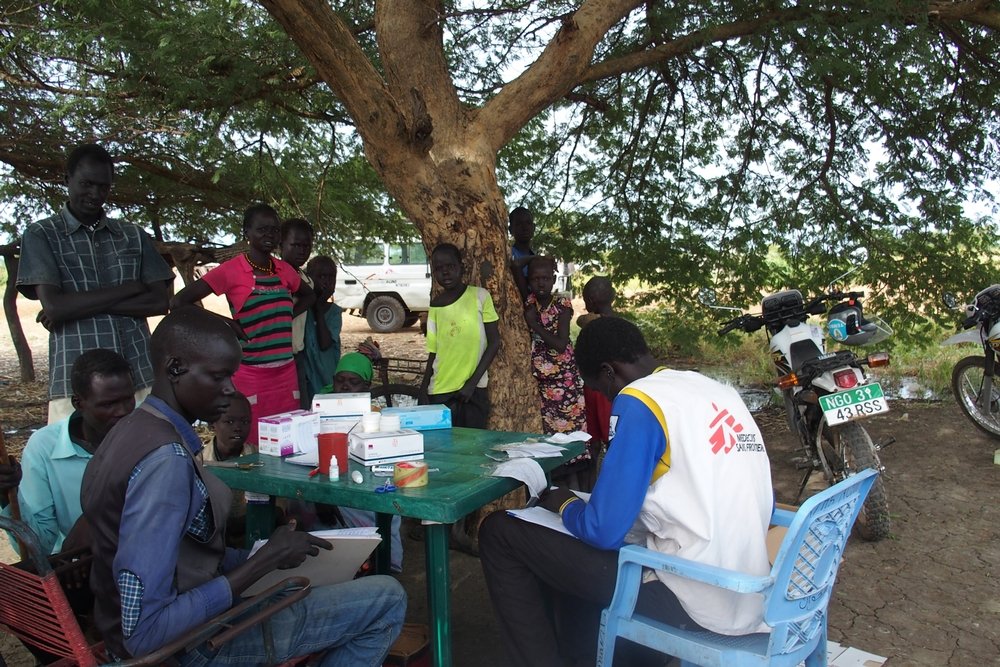 Alexandra Malm/MSF
Patients start lining up as malaria agent Abraham prepares to start the test and treat activity for the day in the village of Maibong.

Local communities have welcomed the new programme, and their active involvement has been key to its success. “This has helped us a lot,” says Kuol Deng, leader of Mijak Deng Kaya village.

“Last year, we had to carry a lot of sick people to the hospital, and many of them died.”

Community leaders relay information to the villagers, help store the medication and equipment, and have built shelters where the malaria agents can carry out their work.

Sometimes they also provide financial compensation or incentives to the malaria agents, who work on a purely voluntary basis. 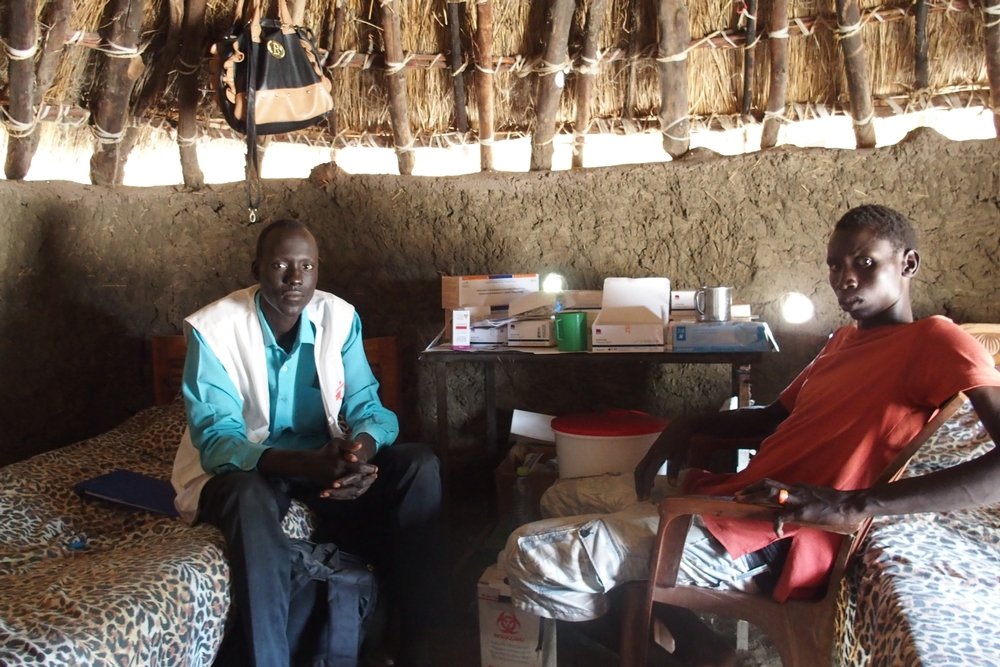 Alexandra Malm/MSF
In the village of Rumbekdil, malaria agent Donato and community health worker Valentino start preparing to receive patients. Donato opens up his own home every day to the members of his village who come to seek treatment for malaria.

The malaria agents take great pride in their work and say they can really see the difference it is making to their communities.

“People get treatment now, but last year there were many deaths, as people couldn’t go all the way to the hospital,” says Abraham, a malaria agent who lives and works in the village of Maibong.

“Seeing all these deaths was terrible. This is why I wanted to help my community – so that fewer people would die.”

Read more about the work of MSF in South Sudan