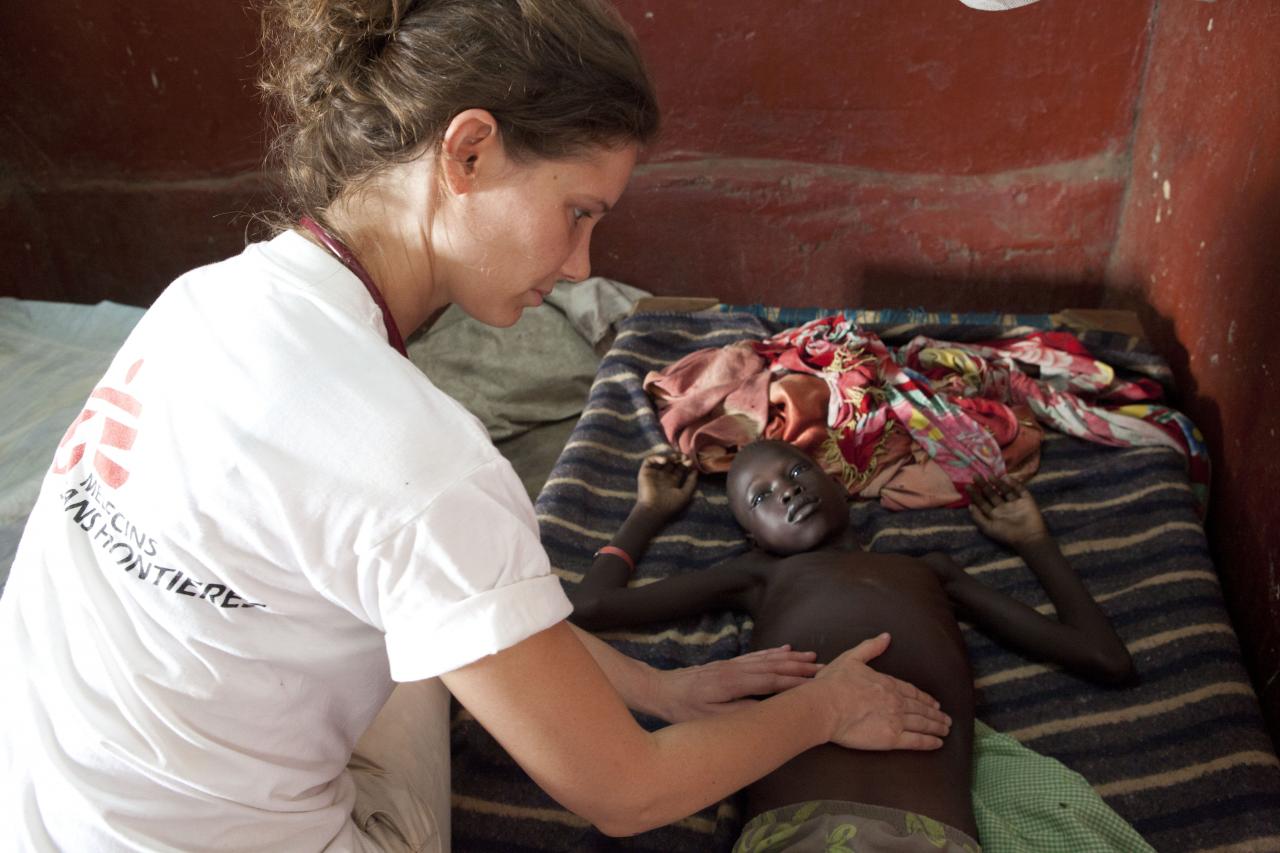 Following an attack in Akobo county in northern Jonglei state on Friday 8 February, international medical humanitarian organisation Médecins Sans Frontières/Doctors Without Borders (MSF) is treating 13 patients in two health facilities in neighbouring Upper Nile state; all except one of them suffering from gun shot wounds.

The majority of patients are women and children, including a 34 year old pregnant woman and a three year old child, both with gun shot wounds.

Attackers were armed with guns

“Our patients tell us they were migrating from their village in Walgak toward the Sobat River with their cattle when they were attacked”, says Michiel van Tongeren, MSF Project Coordinator in Nasir. “They say the attackers were armed with guns and many people were killed. They report that it was mostly women and children as the men were faster to escape. Some people returned to bury the dead and help the wounded, but then they became scared and fled again.”

An MSF team currently in Ulang – the area to which a large number of people fled following the attack – is identifying wounded people in the area and stabilising patients in a healthcare facility.

Once stable, patients are transported by boat to the organisation’s hospital in Nasir. MSF’s surgical team in Nasir has operated on 12 patients since Monday 11 February and is continuing to operate on more patients as needed. All patients are currently in a stable condition.

Wounded hiding in the bush

“Right now, it is not clear just how many more wounded people are hiding in the bush who have not yet been able to access medical care”, says van Tongeren. “We are trying to find them and refer them to our hospital in Nasir for treatment. We will start carrying out mobile clinics to identify more wounded and provide medical care for this vulnerable population who survived the attack.”

MSF has repeatedly sounded the alarm on the high levels of violence affecting the population in Jonglei, a state where access to healthcare is already tremendously difficult. In November 2012, the organisation issued a report documenting the devastating impact of extreme violence on the lives and health of civilians in the state.

“It is not only the direct consequences of violence, such as gun shot wounds, that we are concerned about”, says Raphael Gorgeu, MSF Head of Mission in South Sudan. “Our experience working in Jonglei shows that there are less visible, but equally serious indirect consequences.

"Without shelter, food or safe drinking water, they are susceptible to malaria, pneumonia, malnutrition and diarrhoea.”

MSF has been working in Jonglei state since 1993. MSF provides primary and secondary healthcare through its health centres in Pibor, Uror and Nyirol counties, as well as emergency medical care when required in response to outbreaks of extreme violence.

Patients in need of surgery are referred to MSF health facilities in Nasir (Upper Nile) and Leer (Unity), and in some cases, to Boma hospital and to Juba teaching hospital. In November 2012, MSF published the report ‘South Sudan’s hidden crisis: how violence against civilians is devastating communities and preventing access to life saving healthcare in Jonglei’.