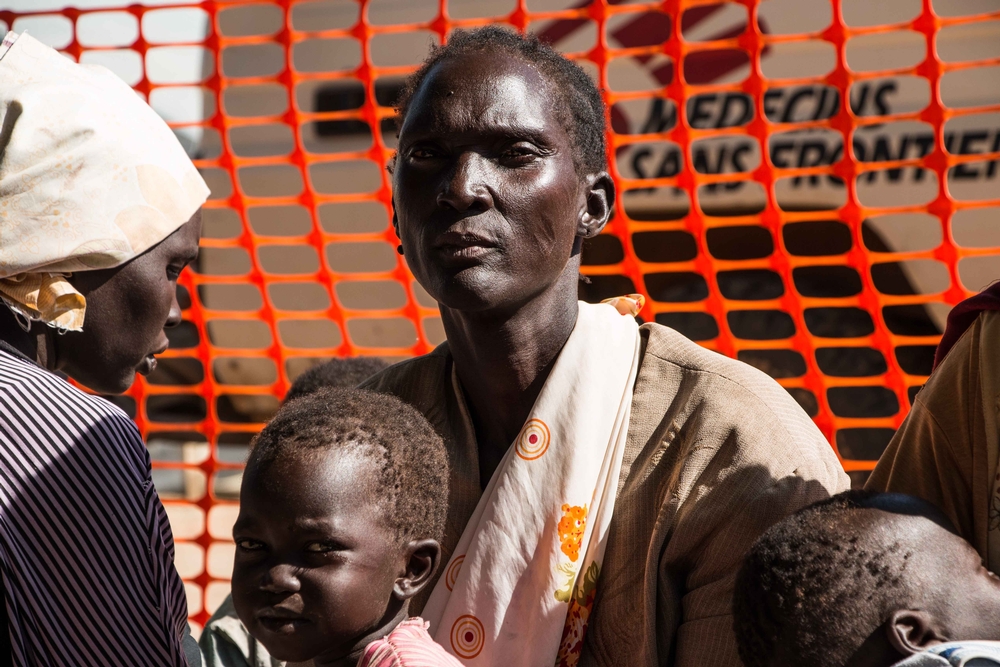 Thousands of people fleeing violence in the contested border area between Sudan and South Sudan are in desperate need of food, water and medical care.

Médecins Sans Frontières/Doctors Without Borders (MSF) has launched an emergency intervention to assist them as they arrive, mostly empty-handed, in Northern Bahr el Ghazal state in South Sudan, where the humanitarian situation is already dire.

As the numbers increase, most of those arriving have told MSF that they are fleeing violence and militia attacks in the contested border region of Abyei.

Some people have come from as far as Unity and Upper Nile states, where opposition forces have clashed with South Sudanese government forces since the beginning of last year.

They left with nothing and walked for weeks to reach this scorched corner of South Sudan, where they have settled in the already existing camps for internally displaced people (IDP).

“When militia attacked the area I fled from my village. They attacked in the night and I lost my children and husband in the chaos. Until now I don’t know if they are alive or not,” says Abok Mawein from Abiemnhom in Unity State, who is currently living in a camp in Calek, Aweil North. 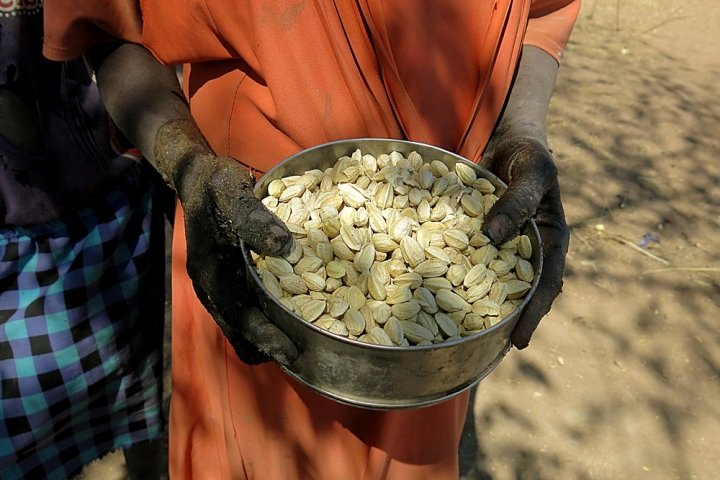 Karin Ekholm/MSF
A displaced woman in Calek shows the wild fruit she and her children eat to survive.

The food, water and healthcare needs are significant. Many new arrivals are only surviving on water from hand-dug wells and almost all are forced to defecate in the open due to a lack of sanitation facilities.

Families with children between six months and five years also receive a food supplement to help stave off malnutrition.

One-thousand-and-forty-one families have already benefited from these ongoing emergency distributions.

Vaccinations for under fives

Alongside the provision of treatment for malaria, respiratory infections and diarrhoea, MSF is also providing vaccination for children under the age of five.

A rapid vaccination campaign against measles has been completed in Pour Akon camp, where 533 children have been immunised. However, the lack of proper water and sanitation facilities is increasing the risk of waterborne diseases.

In one camp, MSF teams treated 42 children for acute watery diarrhoea in a single week. In their visit to the additionally created camp at Puor Akon, MSF reproductive health teams provided antenatal care to 59 women, for whom this was their first antenatal consultation despite being in late stages of pregnancy.

“The humanitarian situation in Aweil North is already dire and access to healthcare is a chronic problem. Add thousands of newly displaced people and the situation will deteriorate even more,” says MSF project coordinator Andrew Zadel.

The new families build basic huts from sticks and grass, and they share the scarce water and food resources of the host community, many of whom have previously fled violence themselves.

The 2014 harvest was unusually poor due to little rain in the area, and those already present in the camps do not have enough food to share with the displaced arriving since October. In order to survive they are forced to gather wild tamarind fruits and the leaves of the ‘Akuor’ tree for their food.

Some collect desert dates, spending hours using sticks to crack open the fruit stones so the inner seed can be boiled and eaten, while others collect firewood and make grass mats to sell in the market in order to earn money to buy food.

“So far we are providing assistance in 10 of the 11 camps in Aweil North. We are planning to carry out more distributions of essential items in the newly established camp, but more assistance is urgently needed for this vulnerable population,” says Zadel.

“We are worried that the nutritional situation of these people will deteriorate in the coming months if significant assistance is not provided. We need other organisations here to help this neglected population,” adds Zadel.