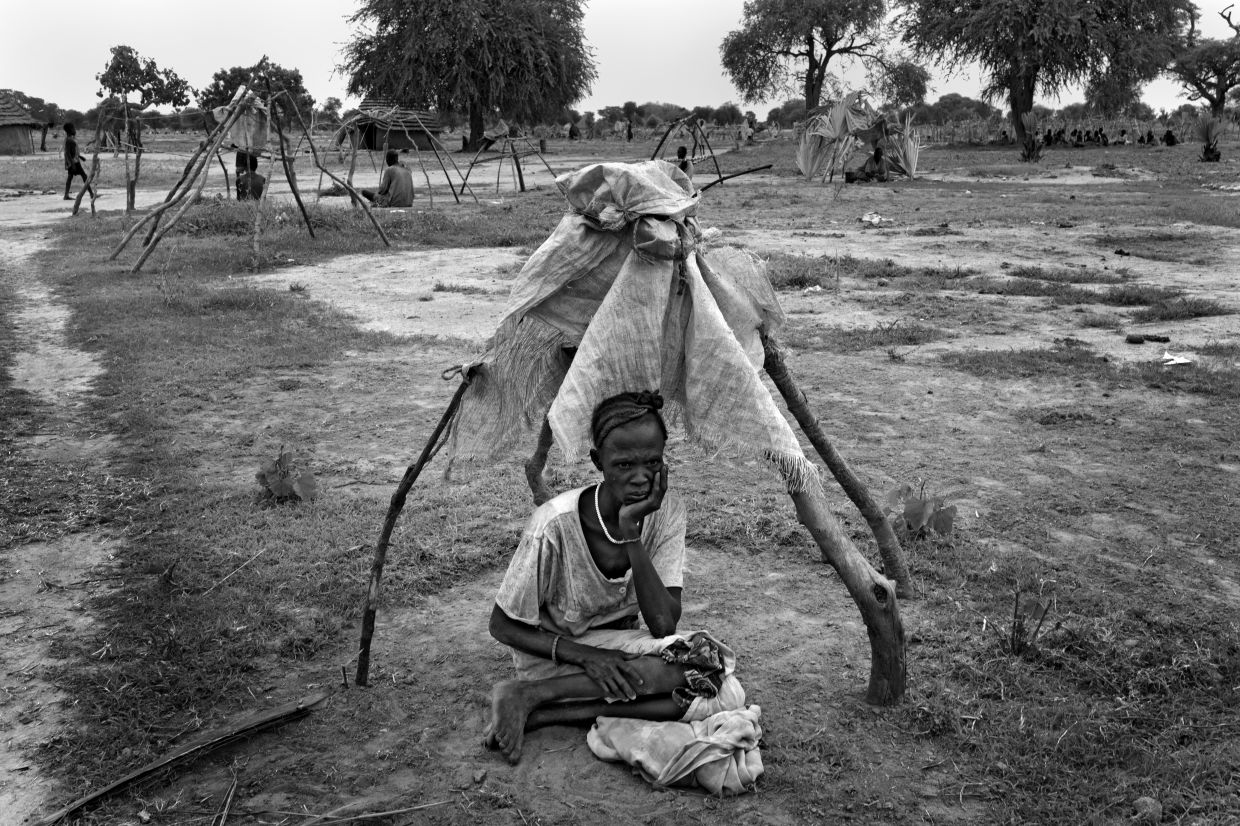 As South Sudan prepares to mark its official independence on Saturday 9 July, an estimated 260,000 newly displaced people continue to face emergency needs in what will be the world’s newest nation. This includes the 100,000 people who fled the mid-May bombings and fighting between northern and southern Sudanese forces in the transitional border area of Abyei.

The majority of those fleeing the Abyei violence settled just a few days away, in the hopes that they could return when the violence had abated. However, those more fearful of further violence travelled up to 10 days to find somwhere they could feel safe. In early June a group of 5,000 people sought refuge in the villages of Juong Pakok and Mayem Pajok, in the Akon North area of Warrap State in South Sudan. By the start of July the number of displaced had reached over 6,300 people, and others continuing to join them every day.

“People arrived in a terrible state, exhausted and traumatised. Many saw family members killed during heavy bombings. As fighting continued, they had to bury dead children or parents before fleeing themselves. Others lost family members during ambushes by soldiers as they escaped southwards, and still don’t know if they are dead or alive,” says Carole Coeur, a Médecins Sans Frontières/Doctors Without Borders (MSF) Emergency Coordinator in South Sudan.

South Sudan is a chronically food insecure area where less then 25% of people have access to even basic healthcare. The annual hunger gap has started and the hundreds of thousands of people displaced by violence, plus an additional 300,000 ‘returnees’, all place a serious burden on critically limited resources, such as food, water and shelter.

“Those already living in the villages welcomed the displaced people and helped them out as best they could,” continued Carole. “However, there’s just not enough food, shelter, or clean water for the host communities and all those fleeing violence. It’s forty degrees heat in the day, malaria is endemic and the rainy season is beginning. They may have escaped bombs, but it’s still an emergency for these people.”

In mid-June an MSF emergency team set up a new project to assist the 6,300 people displaced near Juong Pajok and Mayen Pajok villages. MSF has already vaccinated 3,043 children against measles and distributed kits to 224 families, including basic items such as mosquito nets, plastic sheeting, ropes, cooking utensils, soap and buckets. In addition, MSF distributed 90,100 high-energy BP5 biscuits and plans to deliver over 2,000 tents to families to provide more permanent shelter from the harsh elements.

MSF also started a twice-weekly mobile clinic to Juong Pajok to provide basic primary healthcare to people and is about to start one for Mayen Pajok. An ambulatory therapeutic feeding programme for severely malnourished children is a key component of this emergency medical aid.

While fighting has now ceased in Abyei, violence continues in neighbouring South Kordofan, where up to 70,000 people are estimated to be displaced by clashes. When South Sudan becomes an independent state, emergencies due to violence and insecurity will remain a significant threat to the lives and livelihoods of  its people. In addition to tension between North and South Sudan, the risk of displacement for South Sudanese is exacerbated by the threat of further clashes between new militias and the southern army, the presence of rebel group, the Lord’s Resistance Army, inter-communal violence and cattle raids.