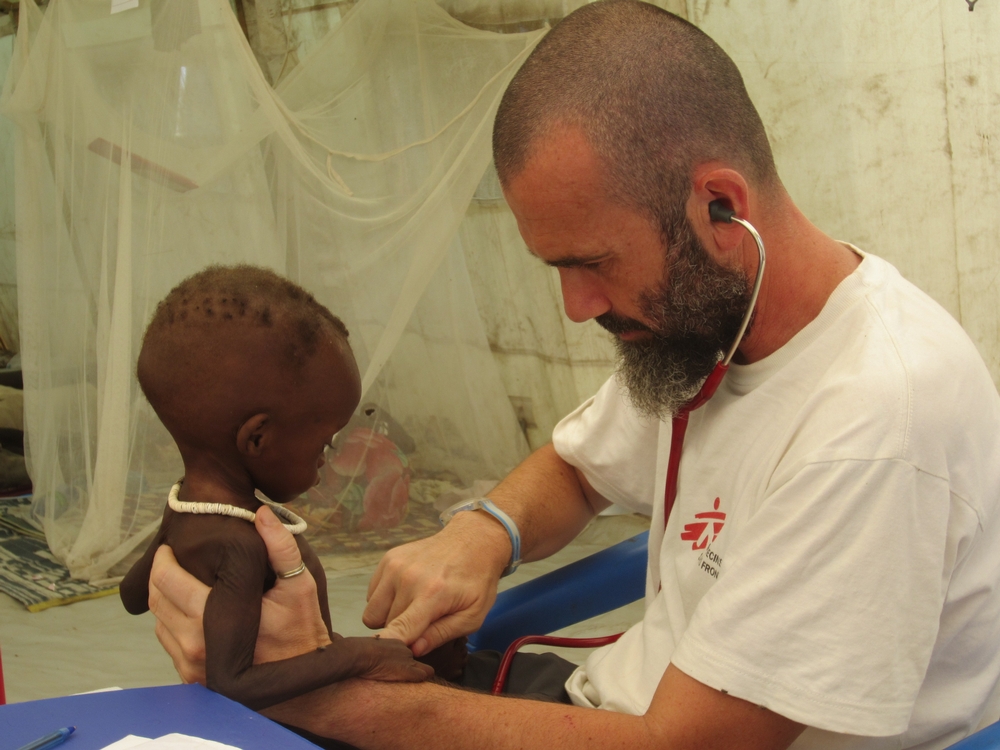 MSF has been providing medical aid to South Sudanese refugees in Ethiopia since January. Teams treat refugees when they arrive at transit centers and at Lietchuor camp.

The organization set up an 85-bed hospital and a health center at Lietchuor and a 75-bed hospital at Itang.  Antoine Foucher, MSF’s head of mission in Ethiopia, describes the urgency of the refugees’ situation.

Since the conflict in South Sudan broke out in December, an average of 1,000 people have been arriving daily in Ethiopia’s Gambella region.

However, that average only partially reflects massive inflows of between 10,000 and 15,000 people per day, for example, as occurred after the battle of Nasir in Jonglei state.

There are more than 130,000 South Sudanese refugees in Ethiopia today. According to an HCR estimate, that number could reach 350,000 by the end of the year. 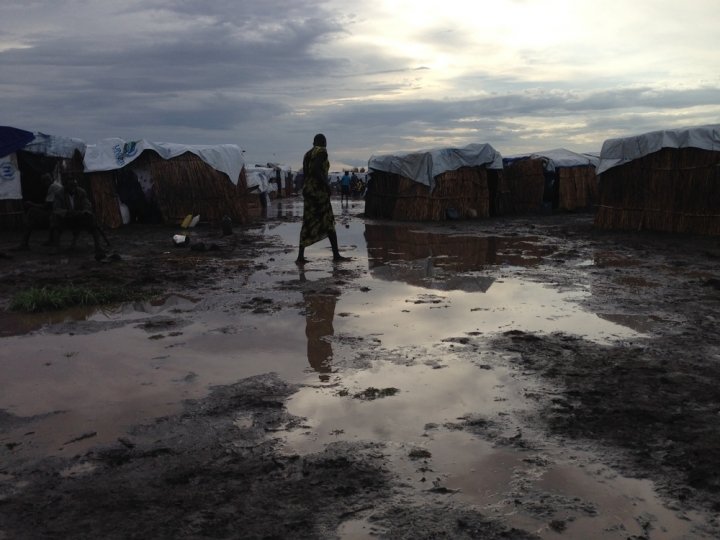 What kind of assistance are the refugees receiving?

The vast majority are women and children, who are extremely weak when they arrive, having traveled several days or weeks, on foot or by boat.  They may arrive at different points of entry into Ethiopia - Tiergol, Pagak or Burubiey.

MSF teams provide medical care in these transit camps, treating the children, some of whom die within the first days following their arrival in Ethiopia.

The population at the Burubiey transit camp today exceeds its capacity. Approximately 13,000 people are housed there, under extremely precarious conditions, while awaiting transfer to Kule camp.

However, transfer to the region’s two main refugee camps, each of which holds around 45,000 people, does not guarantee healthy living conditions.

Despite efforts, these camps, which are often located in flood prone zones, lack adequate shelter and sufficient water (seven liters per day per person at the Burubiey center), and latrines (one latrine per 60 people at Lietchuor and one latrine per 288 people at Kule 1). These conditions are among the primary vectors of morbidity and mortality in the camps.

Is this an emergency situation?

Definitely. The refugees are in a state of extreme physical vulnerability.  We observed the extent of their malnutrition when they arrived in Burubiey in April. Nearly one child out of four was suffering from malnutrition and the rate of severe acute malnutrition was above 7%.

After several weeks in the camps, where living conditions are very precarious, they do not get any better. Although malnutrition rates declined, they remained above emergency thresholds.

Diarrhea and pneumonia are the primary illnesses associated with malnutrition, we see at the hospital and health center where we are working in Lietchuor camp, and at the Itang hospital, 10 kilometers from Kule camp.

These illnesses are linked to poor living conditions. As a result, mortality rates have been above emergency thresholds. In May, mortality rates ranged between 7 and 18% at the two MSF centers in Lietchuor and Itang, where children are hospitalized and receive intensive nutritional treatment.

Of course, we do not have an overview of mortality for the entire refugee population, but the indicators available to us reveal alarming rates. With the start of the rainy season, sanitary conditions will worsen and new illnesses, such as malaria, appear.

What has been the response to this emergency?

This emergency situation requires an exceptional mobilization. Gambella region must receive an attention commensurate attention and support to the critical situation from national authorities, the United Nations and NGOs.

Increased administrative, financial and political resources must be provided so that humanitarian aid can be deployed rapidly and massively.

Unless we are willing to risk a health catastrophe, we cannot accept a deployment that improves day by day but is never adequate to turn the epidemiological situation around.

A cholera epidemic is underway in South Sudan’s Jonglei state, which borders the Gambella region. How will MSF respond?

This preventive strategy also involves positioning major supplies for treating malaria and cholera as soon as an epidemic begins.  It will save many lives but does not substitute for a major deployment of assistance that provides water, sanitation and shelter.