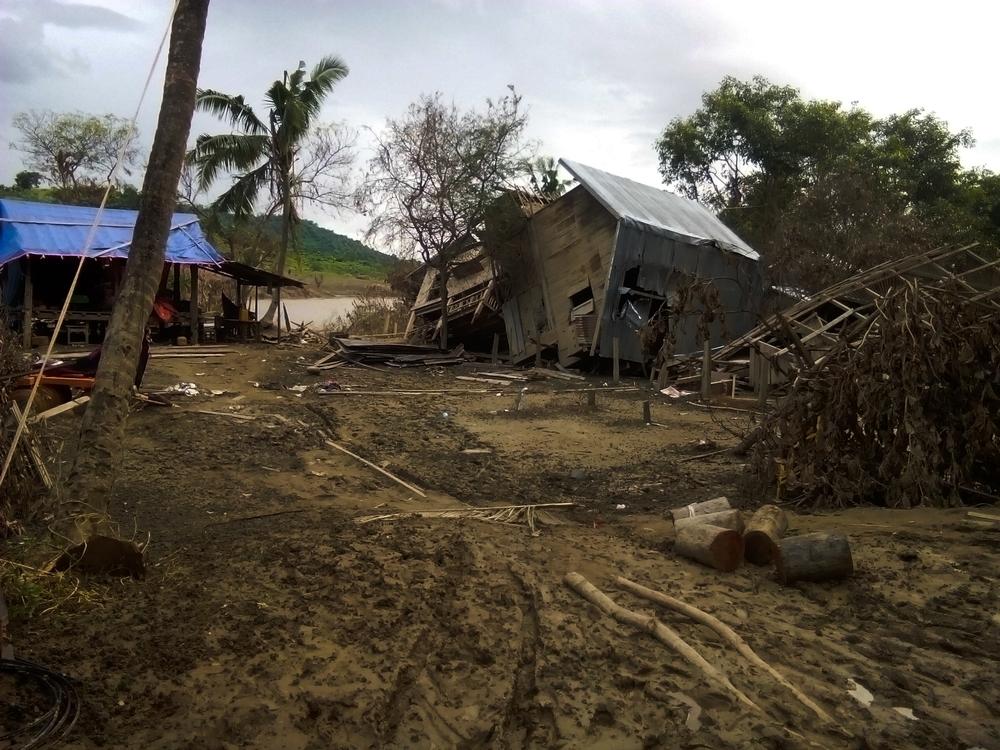 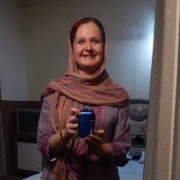 The street that turned into a river

I wrote these diary entries in the wake of Cyclone Komen at the end of July 2015, after days of severe rains across much of Myanmar.

It rains and it rains. For days there's been nothing but rain. One of our medical teams has to turn around on its way to the clinic today, as the bridge has been washed away.

During lunch, a car with loud speakers drives past our house with a message in Burmese. Our cook translates, "Tonight, very big problem, lots and lots of water and storm!"

A couple of moments later we have confirmation of a cyclone alert, meaning we have to make preparations.

Our work here mostly consists of running mobile clinics in various locations, so it takes a while to inform everyone.

We then send all our local staff home, so they can make preparations to protect their homes against the storm.

We put a couple of kits together so we can hand out medicines swiftly when needed. We reinforce the gates around our house and close the windows. And of course, we make sure we have sufficient food and water.

That evening I feel tense. With every gush of wind, I think, "is it starting now?" But it stays quiet and we joke that it is "the smallest cyclone ever".

Suddenly, in the middle of the night, I am woken up by the sound of a rattling window and I hear an immense rumbling sound outside.

I had no idea a storm could make such a racket!

This isn’t the small storm we thought it was; this is an immense storm.

I can’t get back to sleep so I pace around the house, checking windows along the way. It is pitch black outside and sounds like there are ten trucks thundering through the house.

In the morning, when I look out my bedroom window it looks like the street next to our house has been transformed into a river.

I see a man walking in waist-high water. The trees that used to stand in front of the window are lying scattered on the road in between broken cables. There is no electricity, no phone network. We are cut off from the outside world. 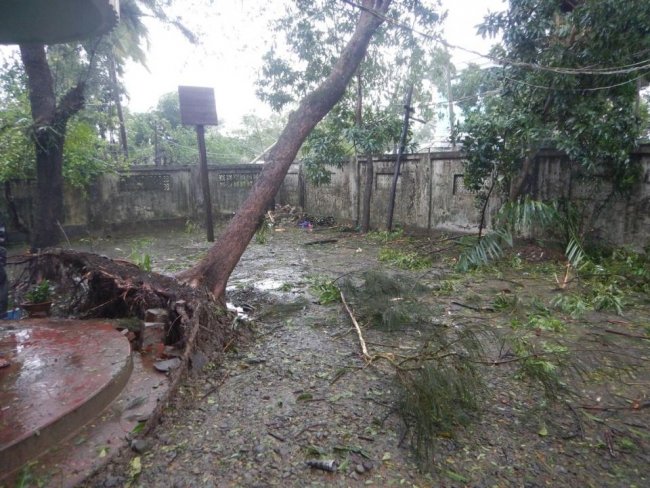 As soon as the wind dies down a bit, I venture outside with two of my colleagues.

The streets look totally different, with trees blown over and collapsed houses. Rice paddies and villages have become a body of water where dead animals are floating.

Dozens of people wade through the water with possessions on their heads, looking for a dry, safe spot.

The scale of the disaster fully dawns on me.We immediately start making plans. We spend the remainder of the afternoon on the streets collecting information about the size of the disaster.

Without a working phone network, we walk to the local hospital and to the local administrators to offer our help. We evacuate the patients from the flooded hospital to the nearby school and arrange drinking water and food.

Local staff members come by all day asking how they can help.

Nearly all of their houses have been damaged by the storm, yet here they are, offering to help the population.

Their devotion brings a lump to my throat.