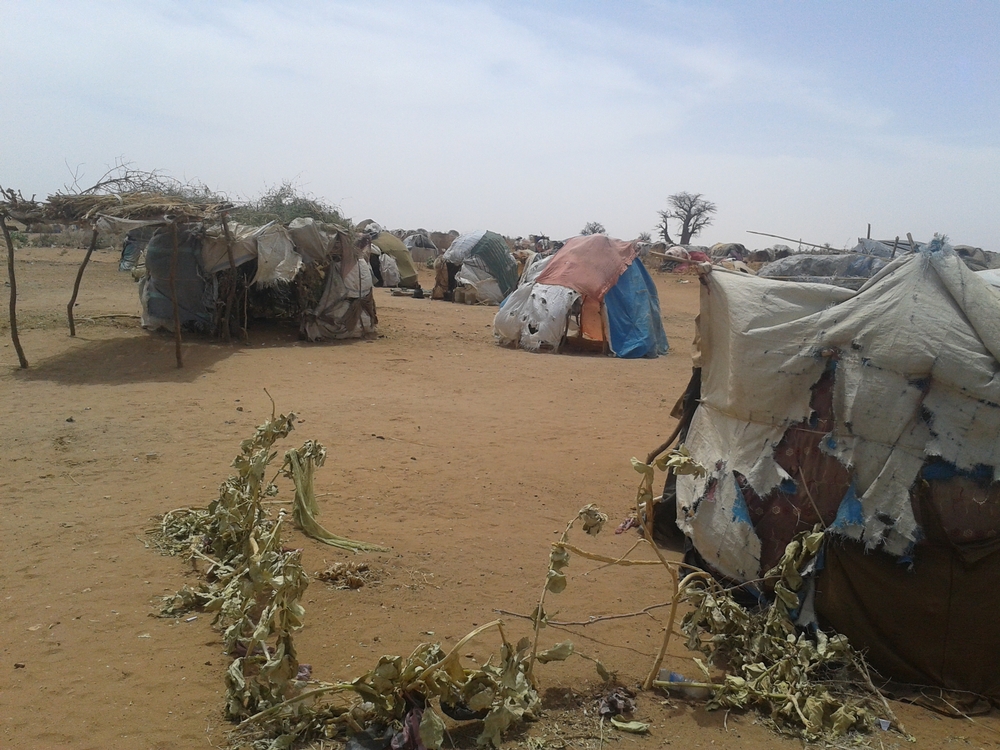 The most recent 4,500 arrivals in the camp, in particular, have scarcely enough drinking water to stay alive, and infectious diseases such as Hepatitis E are spreading. Despite the acute and immediate needs, a Médecins Sans Frontières (MSF) reinforcement team that had arrived in Khartoum was refused permission to travel to the camp to initiate an emergency response.

El Sereif camp, near the South Darfur State capital Nyala, saw an influx of newly displaced people in March and April, fleeing conflict and the total destruction of their villages in areas to the southwest of Nyala.

MSF
The MSF medical team that had been working in the camp since August 2013 was already responding to the health consequences of poor living conditions. While some of the new arrivals have now left the camp, the 4,500 that have stayed are in particularly terrible conditions, sheltering on a patch of desert with almost none of the basics essentials to sustain life.

Before the new influx, camp residents were surviving on less than five litres of water per person per day when the recognized minimum for emergencies is 15 litres – and the new arrivals have access to even less water, not enough to adequately sustain human life.

Most of the consultations by MSF’s medical team in the camp are related to bad living conditions, unsafe water and poor hygiene.  “An MSF assessment of the needs of the new arrivals in May pointed to a potentially catastrophic situation,” says Cyril Bertrand, MSF Operations Coordinator.

“What is urgently needed is reinforcement with key staff that have emergency experience. Our immediate response was to send a team of three people with appropriate experience to provide the expertise necessary to launch initial life-saving emergency activities."

"We do not understand why, when this team arrived in Khartoum, they were not granted permission to travel to the camp. Despite meetings at the highest levels of relevant government ministries, their travel permits continue to be blocked.”

Of particular concern is an ongoing outbreak of Hepatitis E, a potentially fatal water-borne disease with no specific cure other than treating the symptoms. So far this year up to 21 June, more than 400 cases were reported.

With 4,500 extremely vulnerable people living in the worst possible conditions, MSF foresees an alarming increase in the outbreak unless a rapid and very substantial water and sanitation response is urgently undertaken, either by the other organizations in the camp or by MSF emergency specialists who are on stand-by for this.

“The refusal to allow our team to travel to the camp is a major cause for concern,” says Cyril Bertrand. “We have faced administrative obstacles in the past in running our programme in El Sereif, but in the face of the alarming living conditions, we find the denial of permits for this emergency team particularly inexplicable. We call on the authorities to facilitate a fast-track access to avoid lives being needlessly lost.”

MSF has worked in El Sereif camp since August 2013 providing: primary healthcare including out-patient consultations; maternal healthcare; vaccinations; therapeutic feeding for malnourished children; and currently a medical response to the Hepatitis E outbreak. MSF has been in Sudan since 1979; the organisation’s medical teams started working in Darfur in 1985, and have been providing medical care in the region continuously since 2004. MSF is a neutral, impartial, independent medical humanitarian organization.