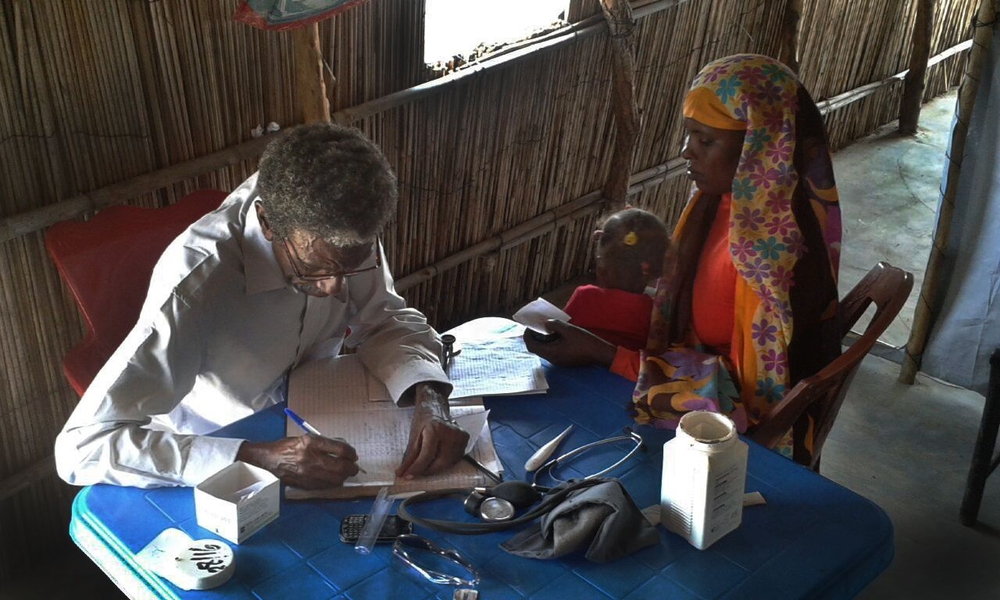 Médecins Sans Frontières/Doctors Without Borders (MSF) is providing medical assistance in Sudan to over 30,000 people who have fled conflict in South Sudan.

Since February this year, MSF has been providing medical assistance to over 30,000 South Sudanese who fled their homes in Upper Nile state to White Nile state in Sudan.

Many people have also been internally displaced since the conflict started in South Sudan on 15th December 2013, while others are forced to seek refuge in neighbouring countries.

MSF, in collaboration with the Sudanese Ministry of Health, is providing medical care and nutritional support to those arriving in White Nile state.

To date, we have conducted over 36,174 consultations, vaccinated 2,333 children under five-years-old for polio, and 8,566 children under 15-years-old for measles following a positive diagnosis. This preventive care approach has helped curb disease outbreaks in the area.

“Most of those arriving are women, children and the elderly; they are coming on foot or by public transport. Since some of them are in poor health and nutritional condition, we are conducting medical consultations and nutritional screening on arrival," says Dr Amir Osman, MSF medical team leader in White Nile state.

“Severely malnourished children are immediately enrolled into the therapeutic feeding programme, while supplementary food is provided for those moderately malnourished,” he added.

Currently, there are 3,230 people enrolled in the MSF therapeutic feeding programme from which they receive regular medical check-ups and supplementary food.

The assistance also focuses on malnourished pregnant and lactating women due to the high numbers of women arriving. So far, we have conducted 2,111 antenatal care consultations with 152 safe deliveries.

Most of those in White Nile come from the four major towns of Waddakona, Kaka, Al-Renk, Malakal and their surroundings. Some managed to salvage a few of their possessions while others left with nothing. 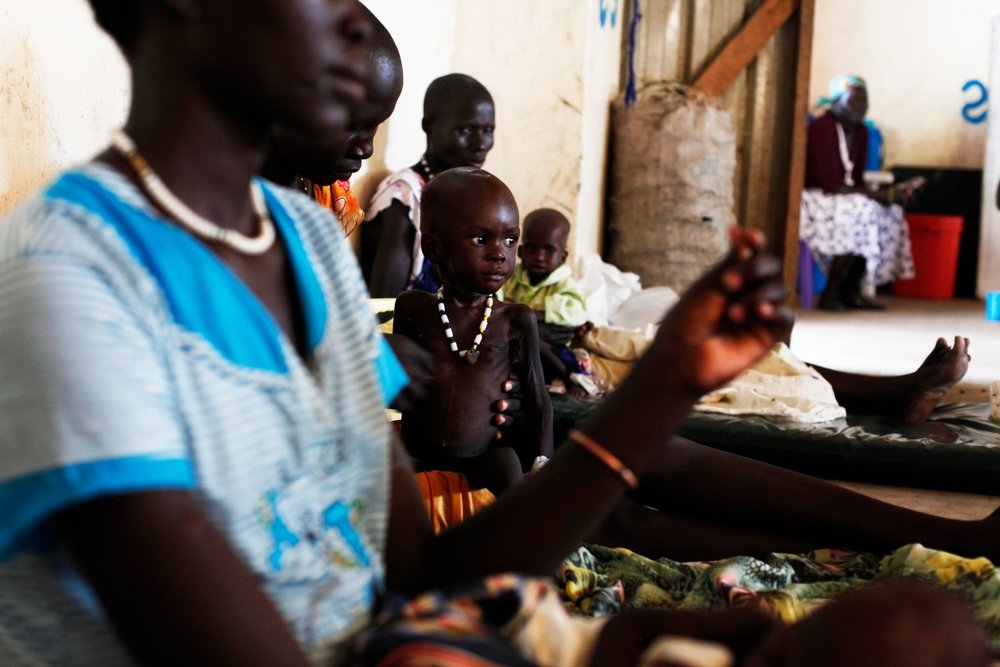 “I walked for three days from Waddakona, Upper Nile state to North Kweik, in Sudan, where I had to sell my cows, sheep and goats to get money for other necessities,” says Nyabok Adwok. “I used to be a government employee and self-dependent, now I’m in another country and dependent on aid,” she adds.

Most people entered Sudan through the western area of the Nile and settled around Um Jalala area commonly known as ‘Kilo 10’ but have since been relocated to three transitional areas, namely Jorai, El Kashafa and El Rades.

Some entered via the eastern side of the Nile settled in an area called Al-Alagaya.

These areas are near the Nile in order to facilitate water transportation, which is especially important during the rainy season when only boats can be used to transport patients across the River to hospitals in Kosti, the second capital of the state.

In El Kashafa area, MSF has constructed a 20-bed clinic to be able to respond rapidly to critical cases while using mobile clinics to reach those in the other two transitional areas, which are about seven and 15 kilometres away, respectively.

The medical needs of the population are apparent; on average, MSF conducts over 4,300 consultations per month and refers about 15 cases to Kosti. Moreover, living conditions are very congested, with six to seven people forced to live in a tukul (hut) meant for two to three people, which increases the spread of communicable diseases.

MSF has identified groups of community health workers to carry out health education activities in order to help prevent the spread of communicable diseases, like respiratory tract infections, as well as diseases associated with water, hygiene and sanitation.

Heavy rains may deter the numbers of those arriving as most people cannot cross the flooded river into Sudan. However, whenever renewed violence erupts in parts of South Sudan bordering Sudan, numbers quickly go up.

Just a few kilometres of a now watery border separate the two countries that a little over three-years-ago were one. Yet, despite this division, the commonalities and mutual relations between those arriving and the host community have eased acceptance and the two populations co-exist peacefully.

Some even say that the host community is happy and protective of their neighbours from South Sudan, creating a secure situation favourable for the provision of aid.