“The situation here was very difficult: the community in Dilli village had no access to healthcare for several years” says Mohamed Abdallah Juma, a community leader from Dilli, located in the mountainous Jebel Marra area of Sudan’s Darfur region.

Darfur has suffered decades of conflict and, while much has changed following the formation of the new transitional government in Sudan, the overall security situation remains fragile. 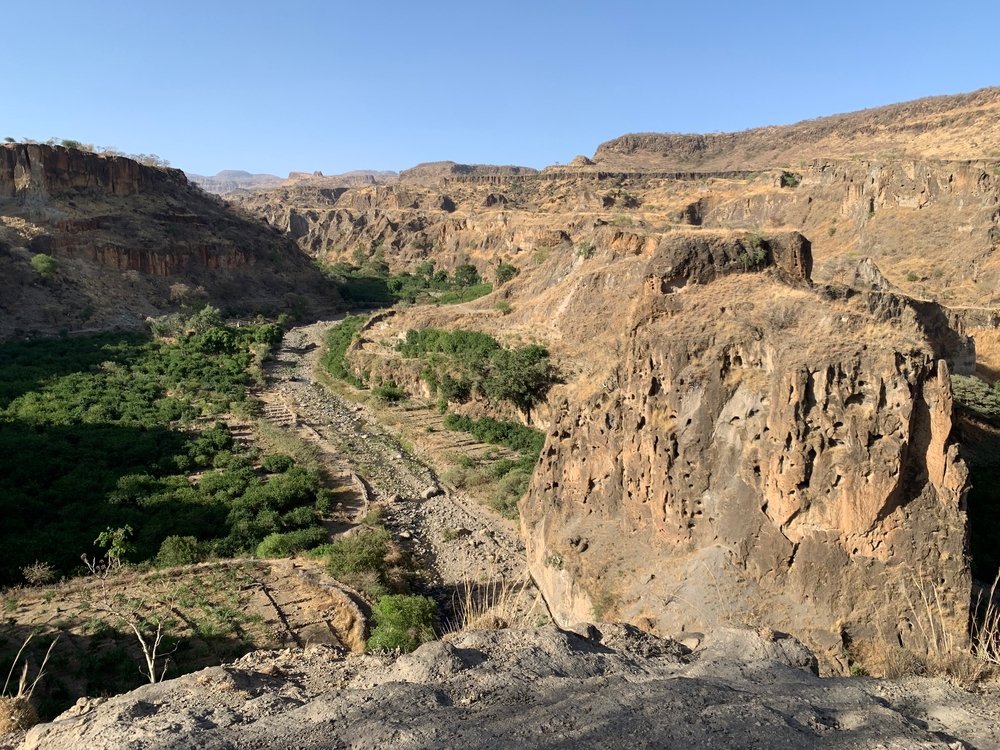 Violent clashes still occur between the government and various armed and tribal groups, especially in and around Jebel Marra, which straddles parts of North, Central and South Darfur states.

"Patients come from more than 60 different villages, some travelling for as much as 10 hours by donkey to reach the clinic"

Since 2003, the area has been the main stronghold of the Sudan Liberation Movement led by Abdul Wahid Al-Nur. 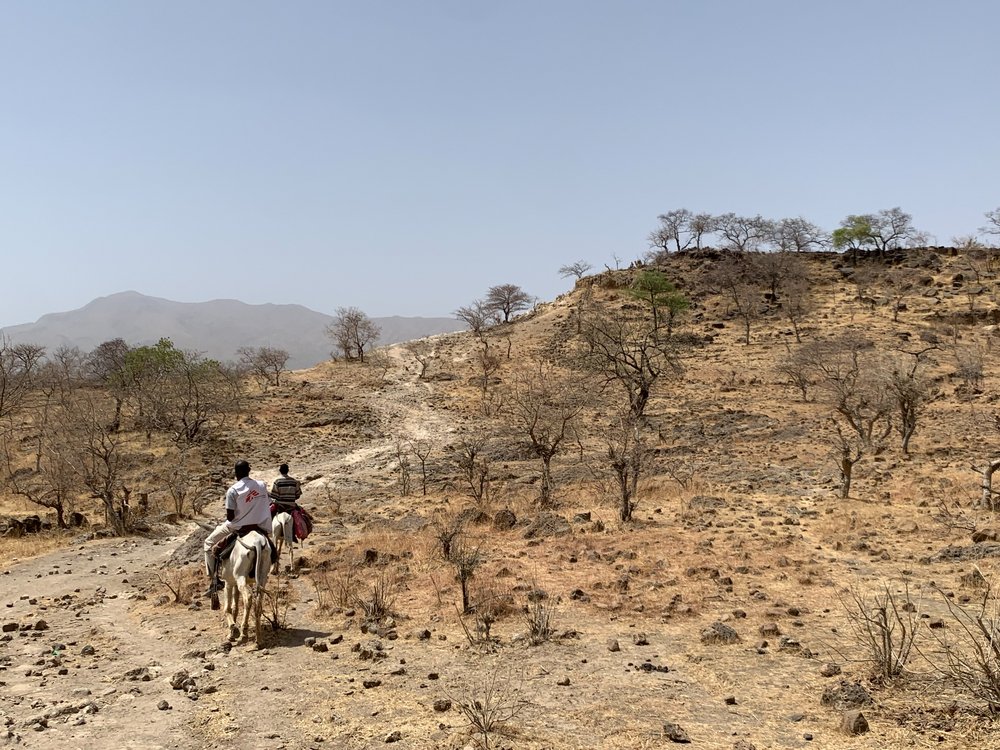 As an active conflict zone, it has been the only place in Darfur to remain a no-go area for aid workers – until very recently.

Since March 2021, a team from Médecins Sans Frontières/Doctors Without Borders (MSF) has been running a clinic in south Jebel Marra, providing free healthcare to people living across the mountains of South Darfur state. 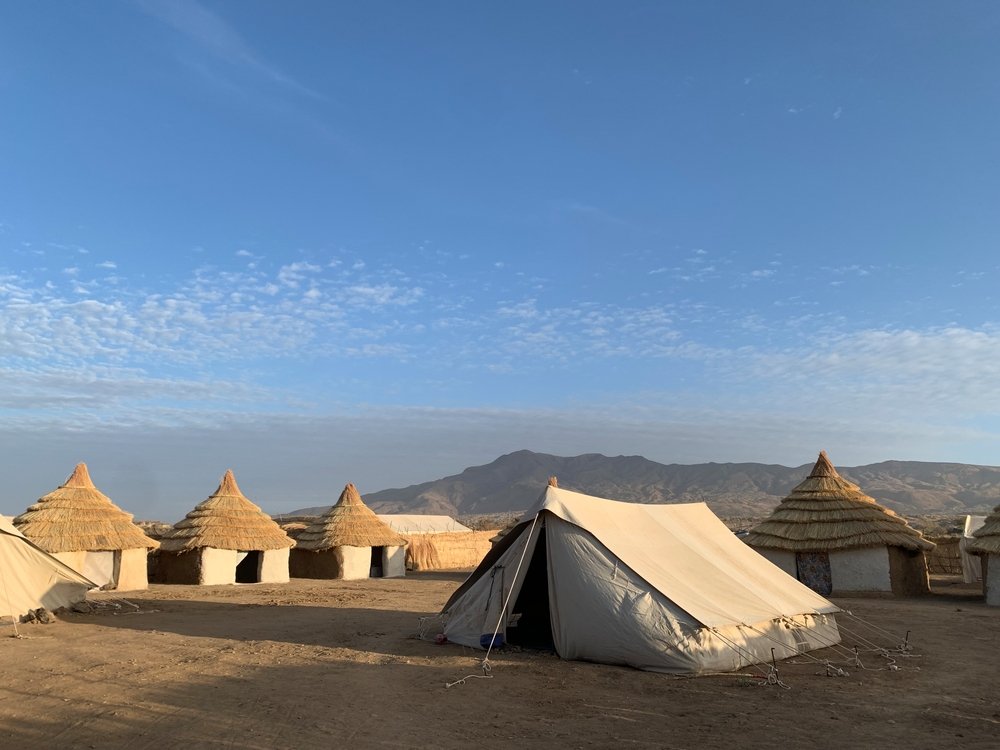 Their patients come from more than 60 different villages, some travelling for as much as 10 hours by donkey to reach the clinic.

For the MSF team, reaching the clinic involves a three-hour drive from the MSF base in Nyala, followed by a two-hour trek up narrow, rocky paths on the back of a donkey. 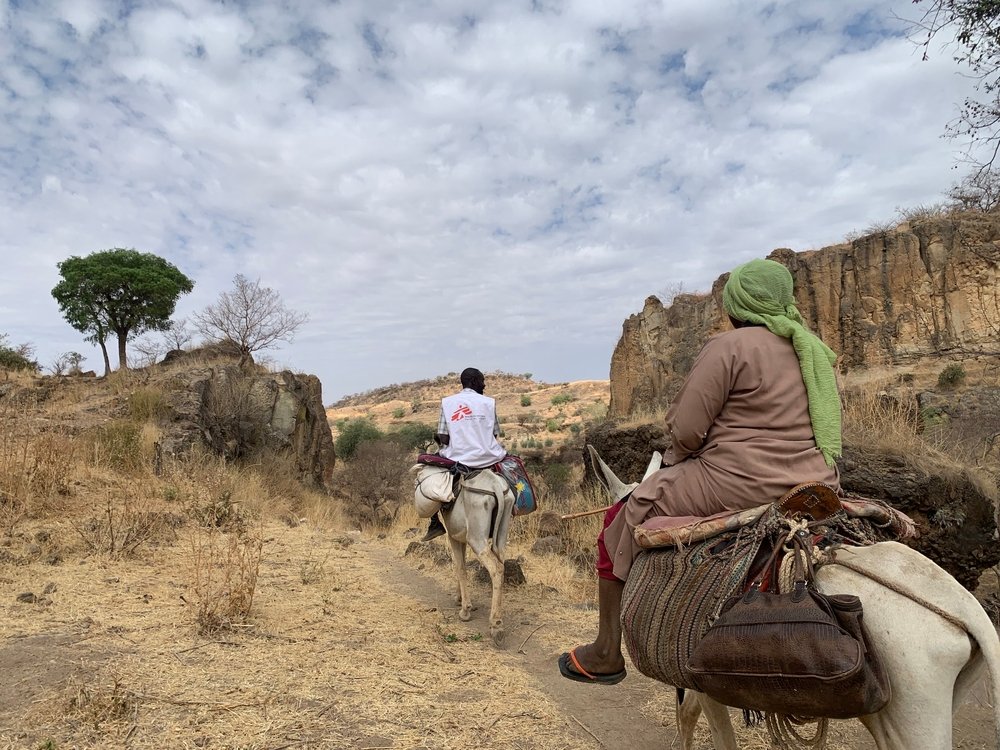 All the supplies for the clinic are transported on donkeys or camels.

“We are thrilled that, after several months of negotiating access with authorities and tribal leaders, we have managed to set up the clinic in Dilli to respond to the most critical needs of this neglected population,” says MSF project coordinator Anna Bylund. 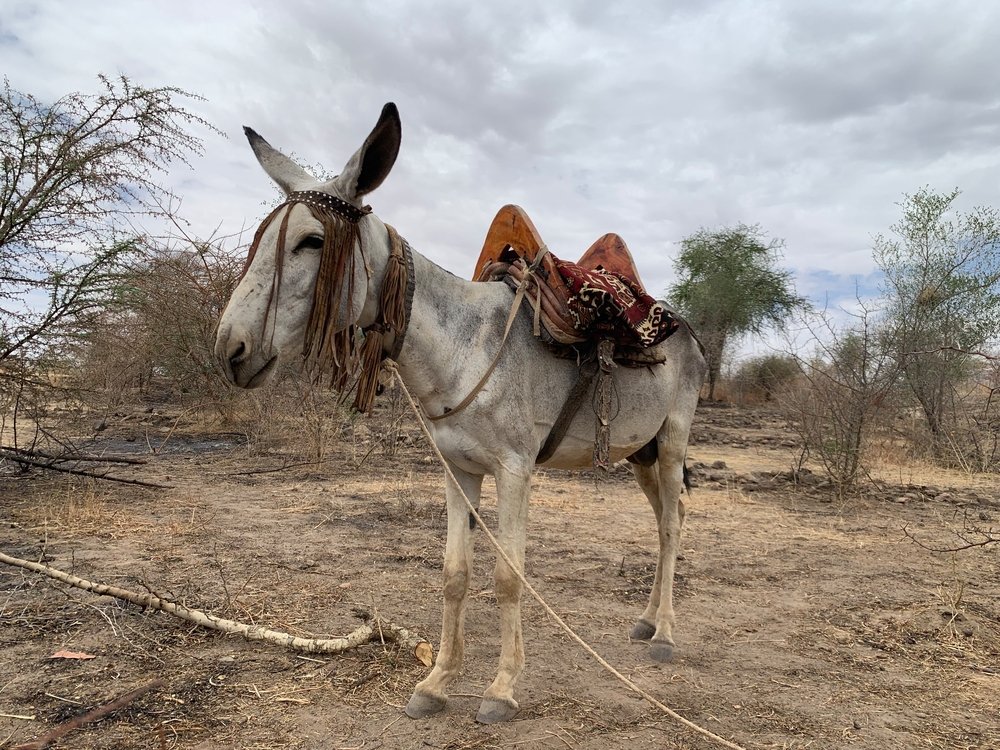 “However, many unmet needs like food and education remain for people in the communities and villages around Dilli.”

Living without healthcare for years

People in the community talk about the years they lived almost without healthcare. Women in labour had to travel by donkey to the rural hospital in Kass for almost 5 hours or be carried on a bed by other women. 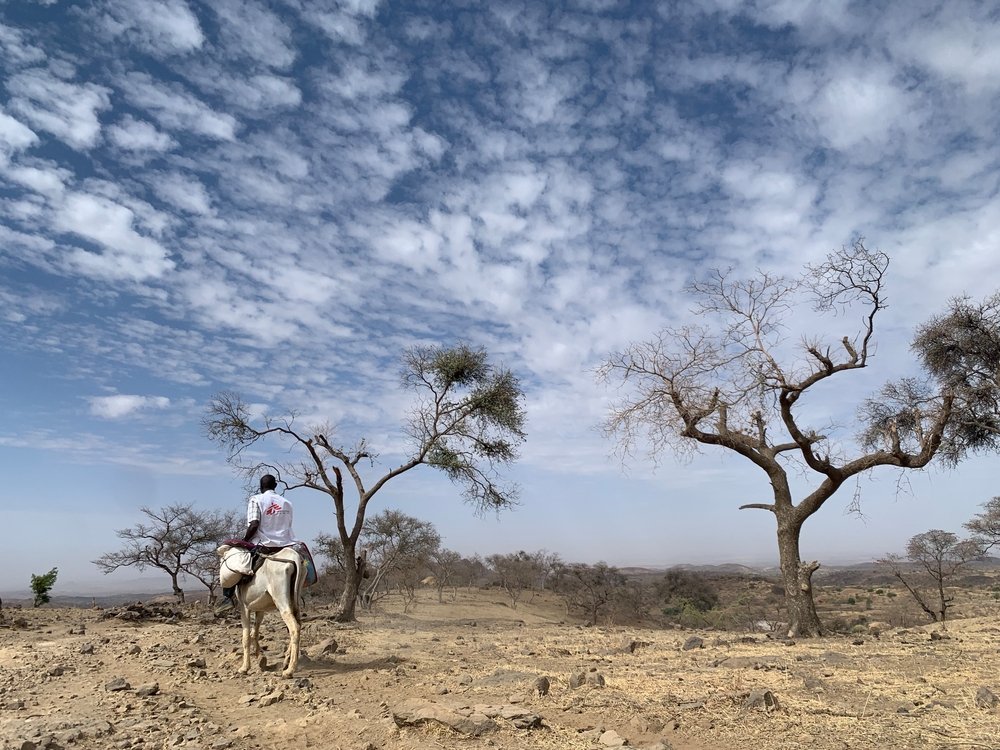 Many women did not reach hospital in time and gave birth on the ‘donkey path, while other women with complicated labour lost their lives before even reaching the mountain road. 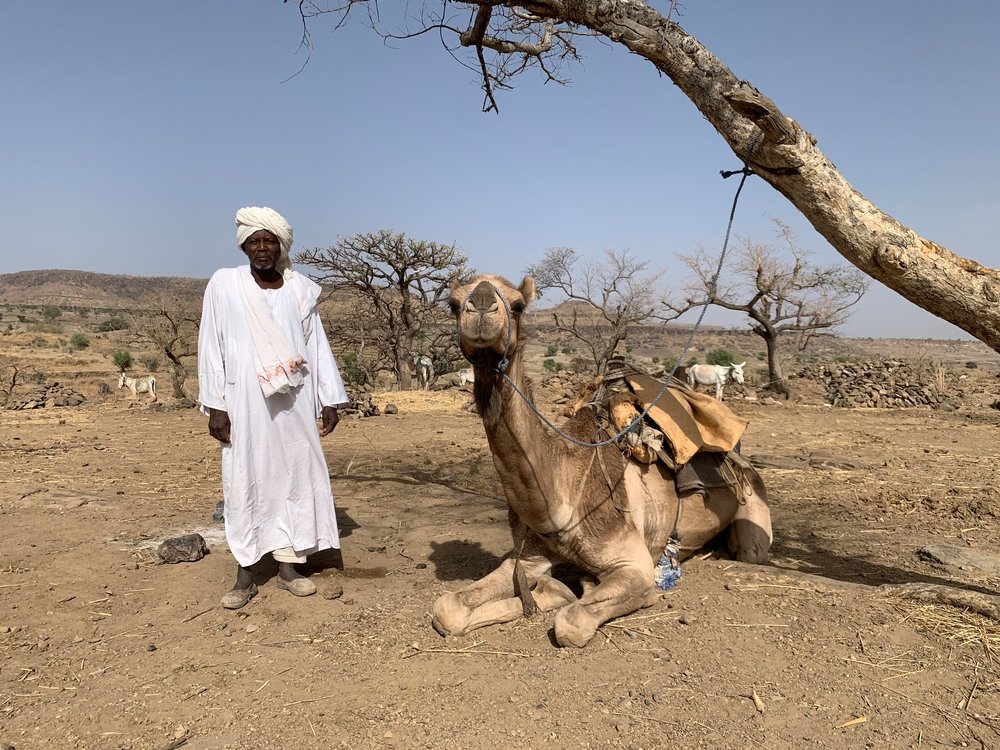 “People often had to travel long distances and, even then, one might not find medicine or a patient might die on the way."

"Many pregnant women lost their lives while being transferred to towns where some form of medical treatment was available.”

MSF staff have also heard stories about amputations being done with a wood saw.

“Getting hold of medication here was such a challenge,” says Magdola Abaker, a young woman from Tale village. 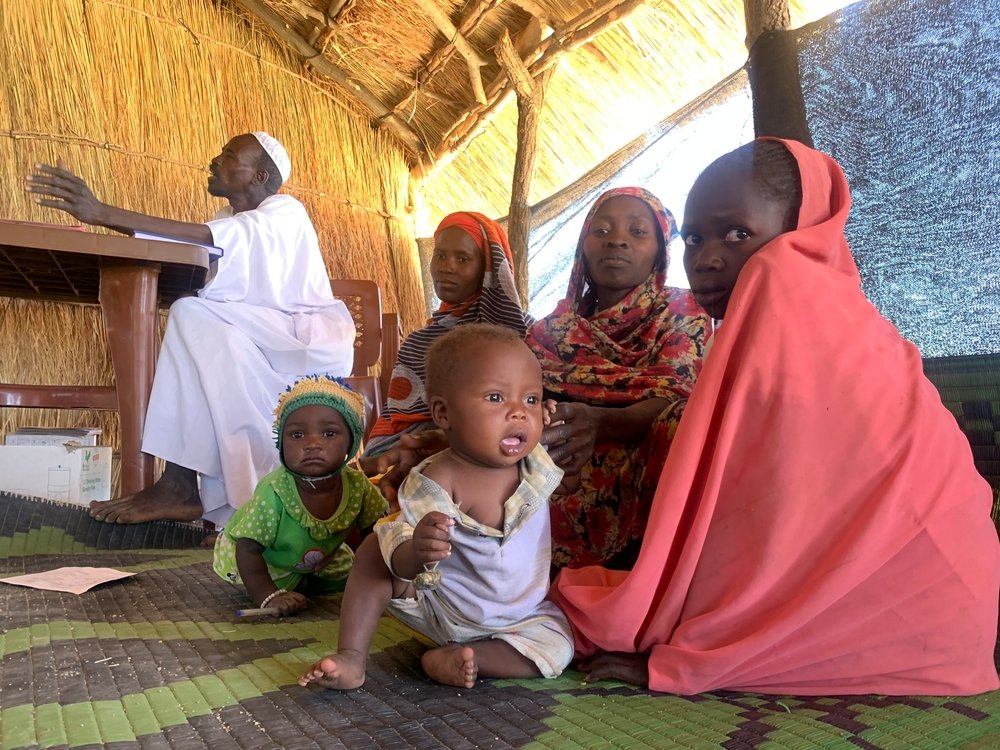 “If a sick person’s condition deteriorated, relatives would take them to the town of Kass, which is very far from here, or they would give the patient traditional medicine."

"Usually they took the patient to a religious man who would write Quranic verses on a wooden tablet, then wash the tablet with water for the patient to drink. It was a very difficult situation for us." 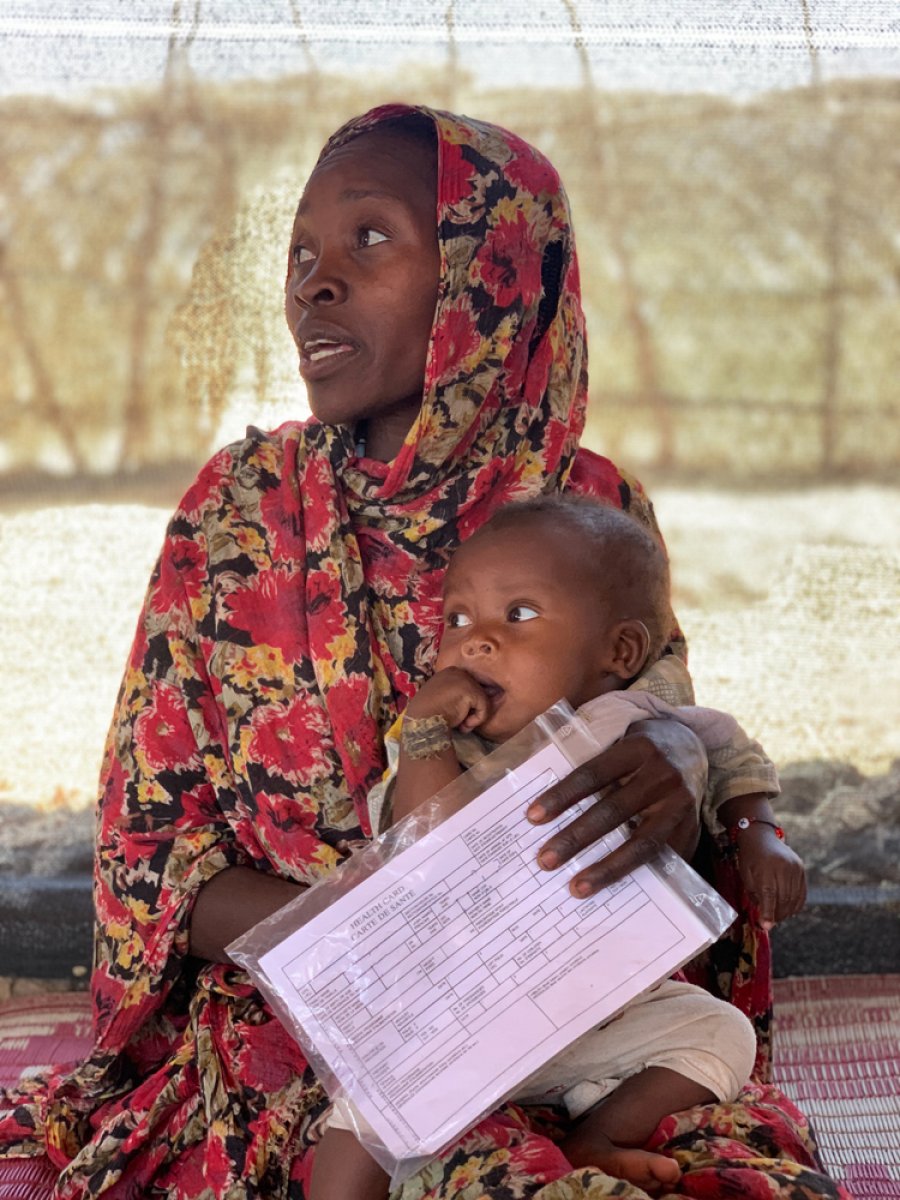 "But now, thankfully, we have a clinic here that gives us medication.”

"From MSF’s side, it’s important that we work hand in hand with the community to understand their needs and to try and advocate for a population that has been fully cut off from healthcare for decades"

Magdola came to the clinic to seek treatment for herself and her baby. “It took us three hours by donkey to reach the clinic,” she says. 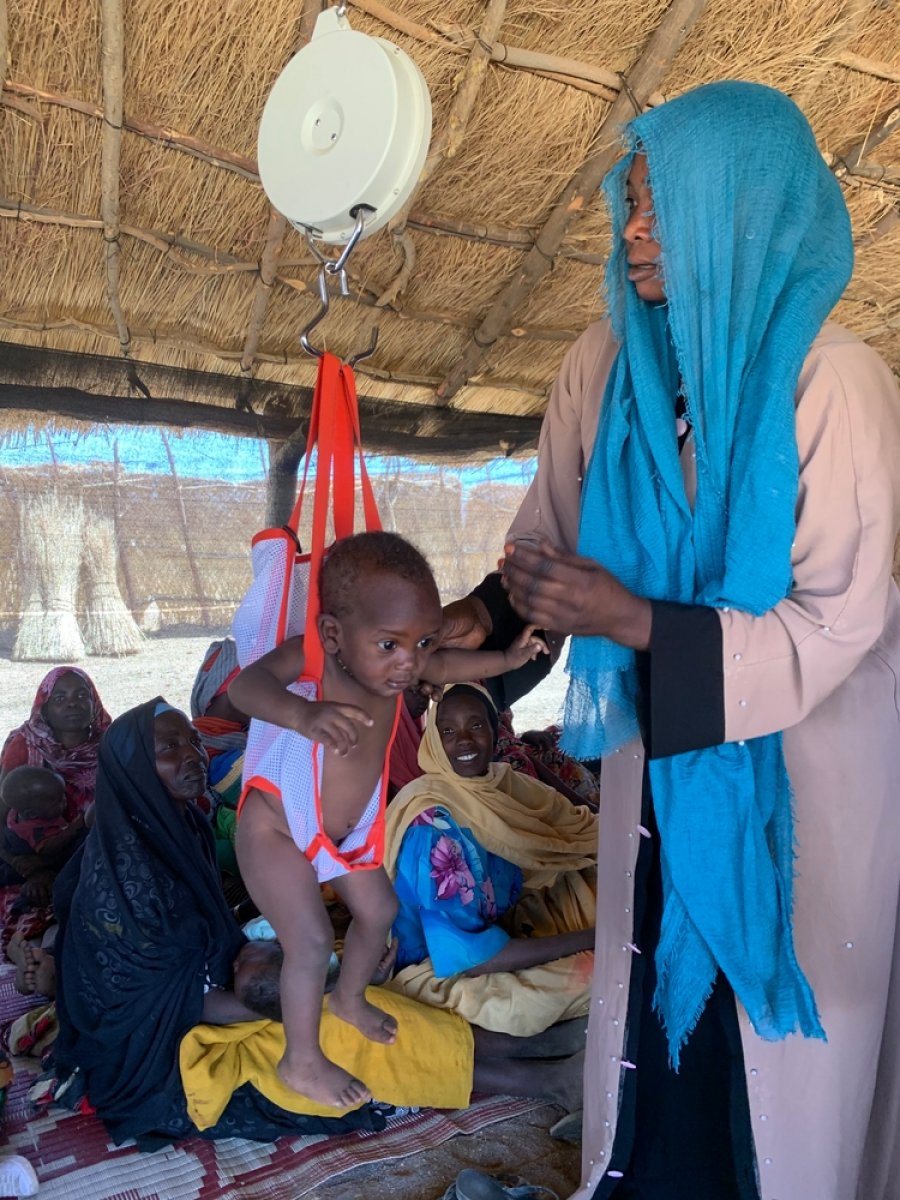 “A community leader told me about it. I came here because I suffer from stomach problems and my child is malnourished because I have no milk to breastfeed.”

MSF’s clinic provides basic healthcare, maternal healthcare and nutritional care, with an average of 150 to 200 consultations a day. 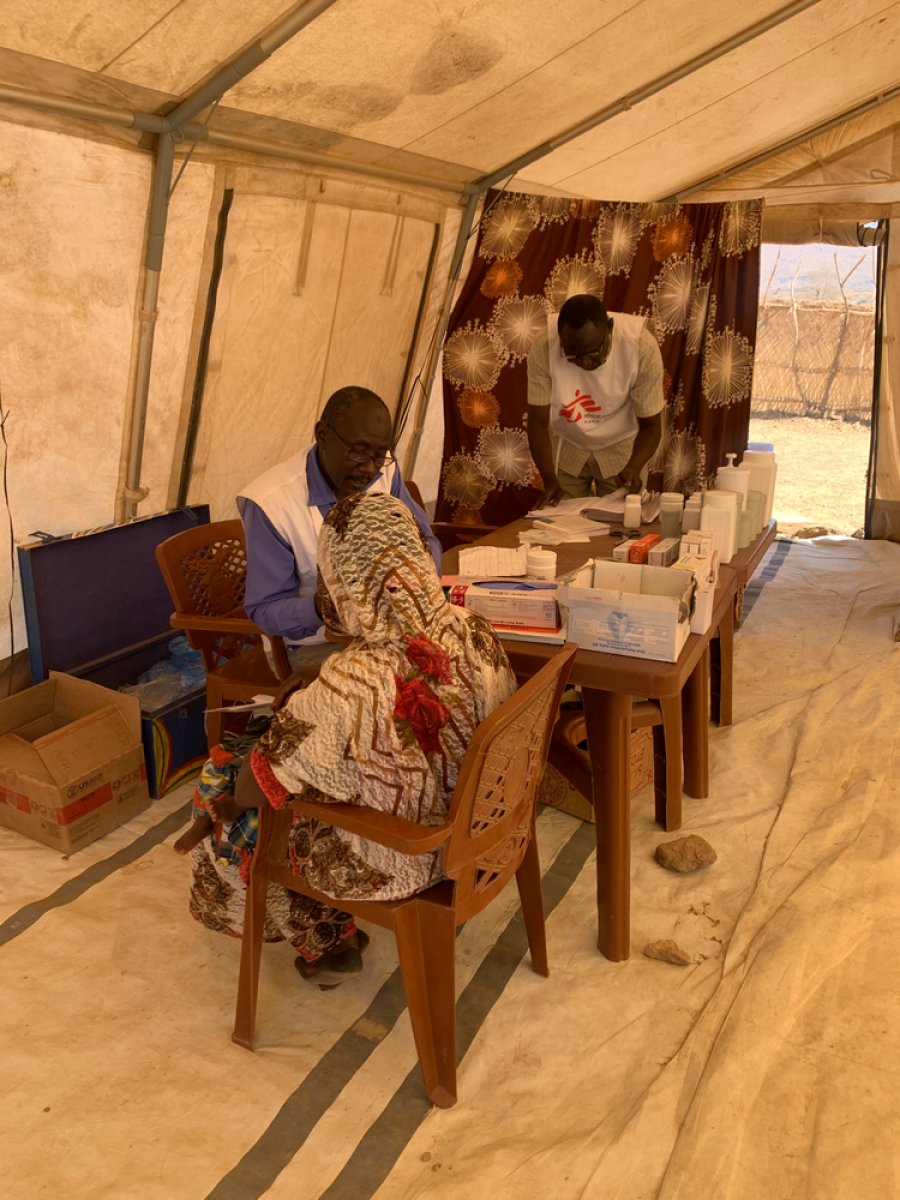 Acute diarrhoea is one of the main diseases in the area, so MSF is working to improve water and sanitation for the local community.

The team also carries out health and hygiene promotion and community engagement activities. 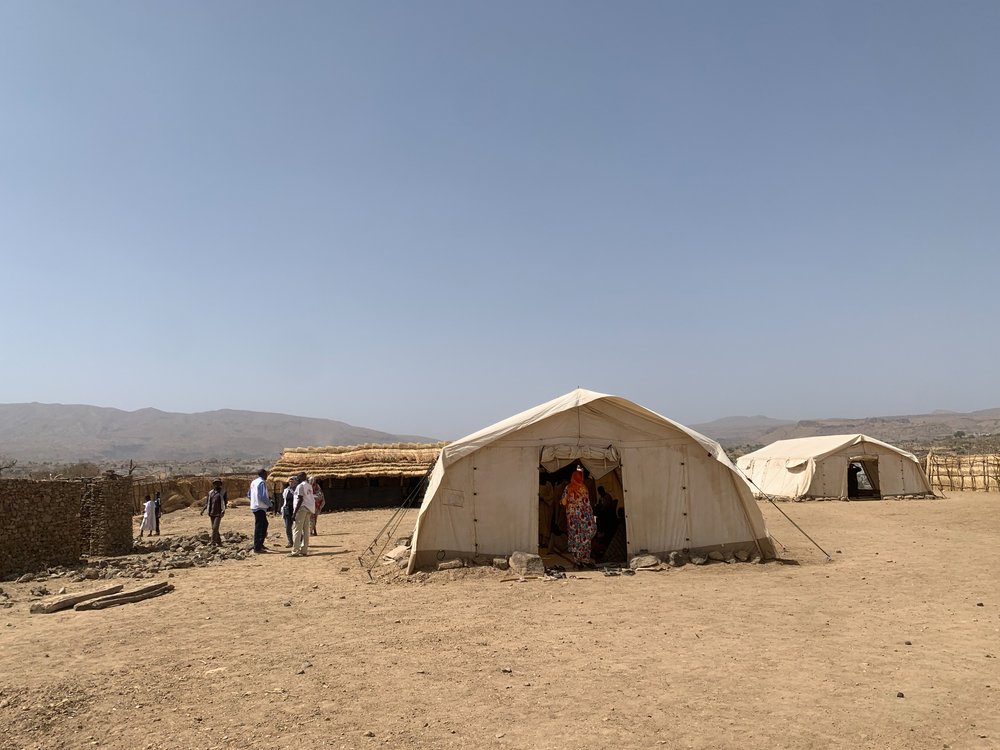 The villagers in Dilli village and its surrounding helped the MSF team set up the clinic and have lent camels and donkeys to bring in medical supplies.

“What has really touched me is the community acceptance and their very warm welcome,” says Anna Bylund. 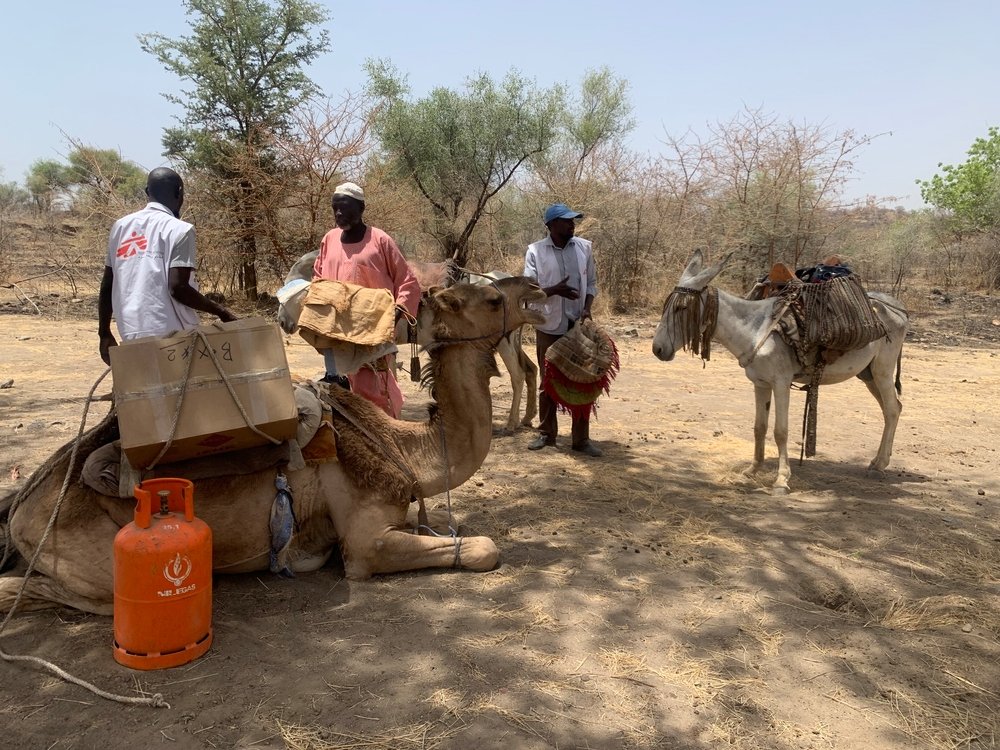 “The community has been waiting for us and there is no doubt that our humanitarian healthcare will be needed in this area."

"From MSF’s side, it’s important that we work hand in hand with the community to understand their needs and to try and advocate for a population that has been fully cut off from healthcare for decades.” 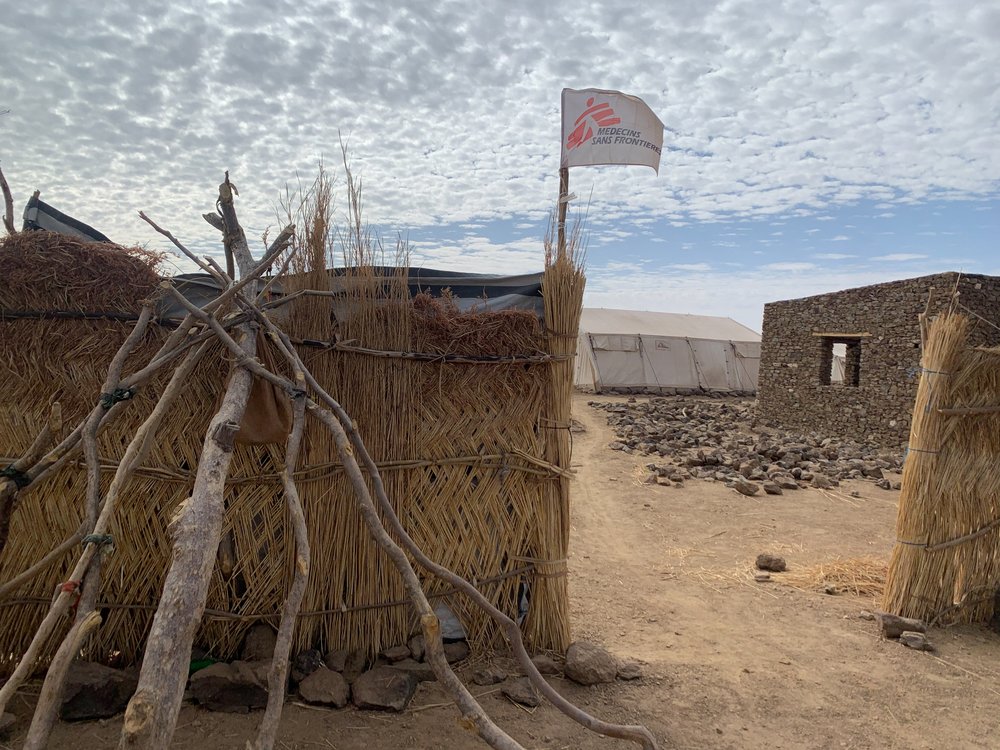 As well as the clinic in Dilli village, MSF is running a similar project in Jebel Marra’s Omo locality. 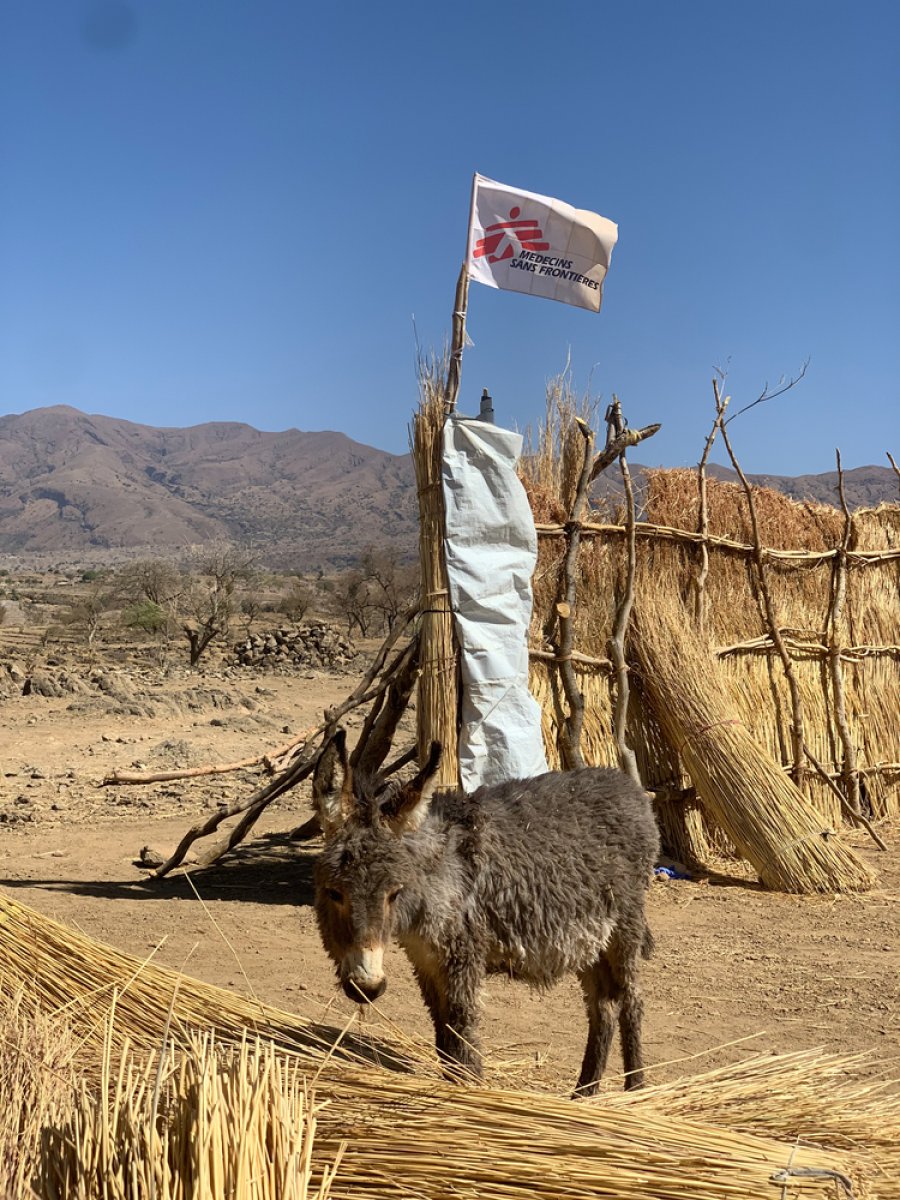 Médecins Sans Frontières/Doctors Without Borders (MSF) is a private international association made up of former and current MSF staff including doctors, nurses, healthcare workers and non-medical staff. 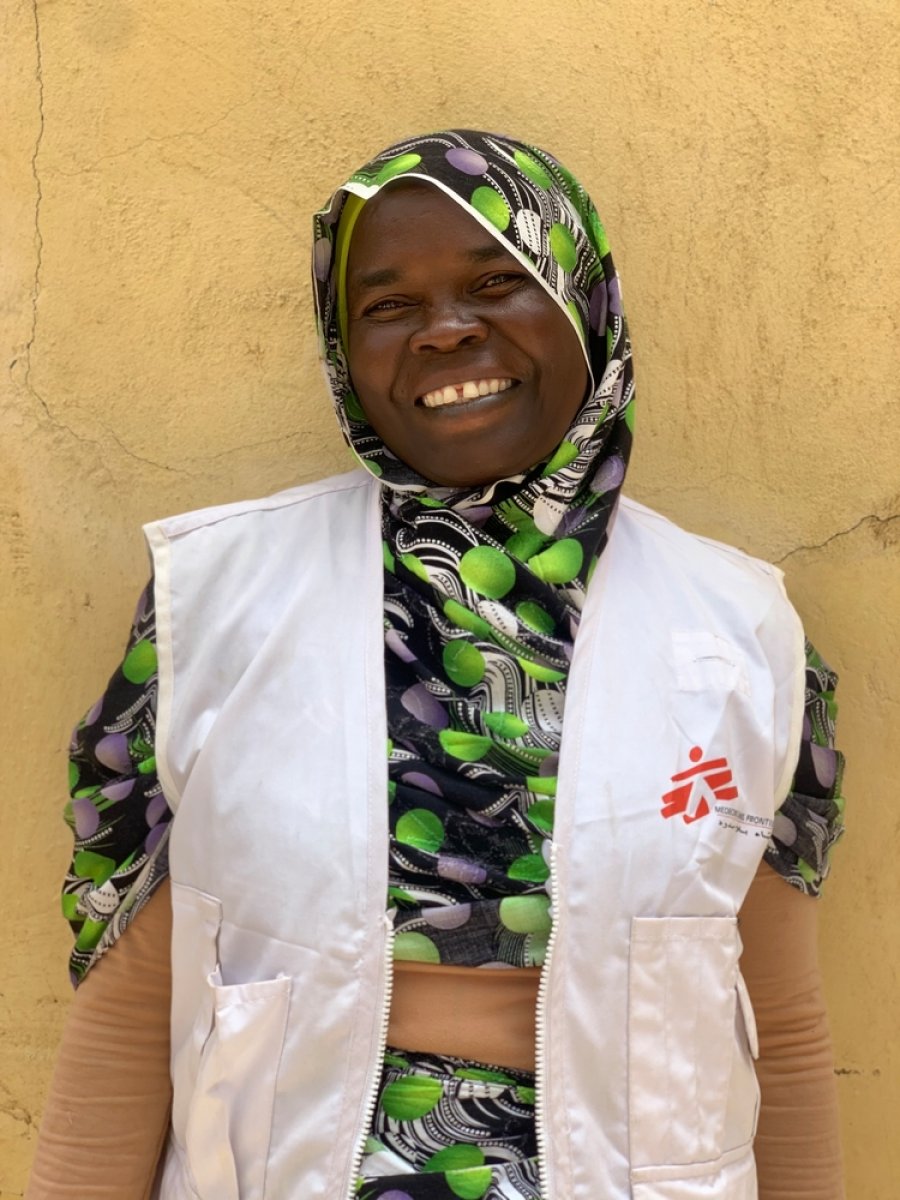 MSF provides medical and humanitarian assistance to people in distress, victims of natural or manmade disasters and victims of armed conflict, irrespective of their race, religion, gender, creed or political convictions.