Sudan: “Services for the refugees need to increase, otherwise it will be a disaster”

“When I arrived in Um Rakuba camp in the middle of November, people were arriving here in big numbers. More and more people are coming every day: old people, kids, small children, pregnant women, though the majority are young people aged around 15 to 25. 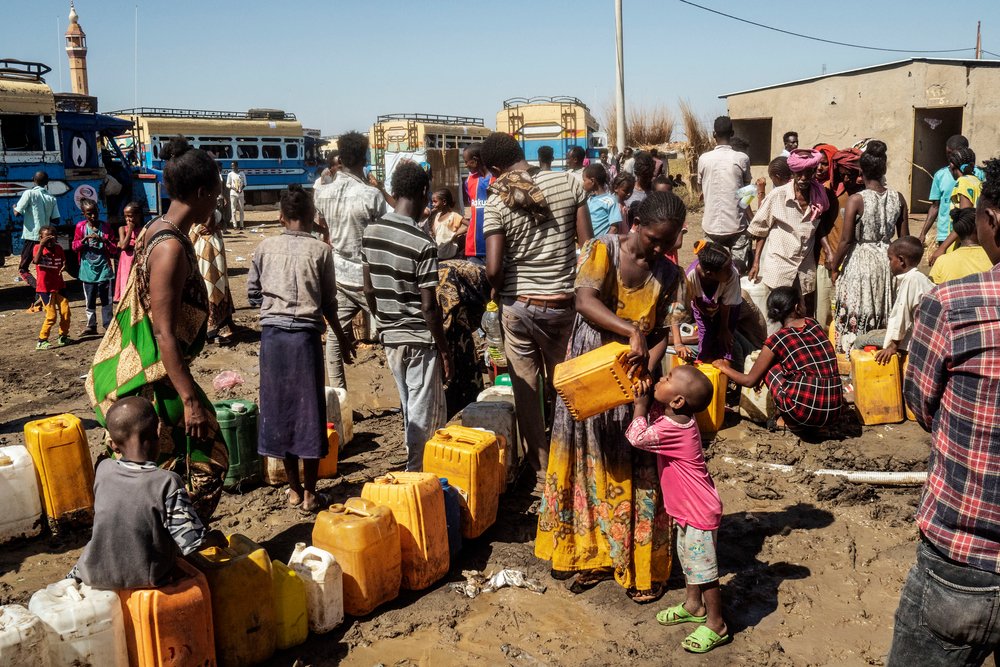 They speak about the sudden, shocking experience when fighting erupted in their area of Ethiopia and about how terrified they were. All in one moment, they fled in the direction of Sudan.

In the coming weeks, the number of people relocated here from Hamdayet is going to be big. Humanitarian organisations need to accelerate their efforts to cope with the refugees and their growing needs.

They had no time to think about anything other than fleeing. They didn’t even have the chance to harvest their crops or to take some cash out of the bank. Most didn’t manage to bring anything with them, just the clothes on their bodies. They still don’t know what happened to what they left behind.

People travelled for a long time, coming from different locations and suffering a lot of hardship on the journey. The area is mountainous with lots of hills and rivers to cross. Some people were travelling in tractors, but most were on foot. 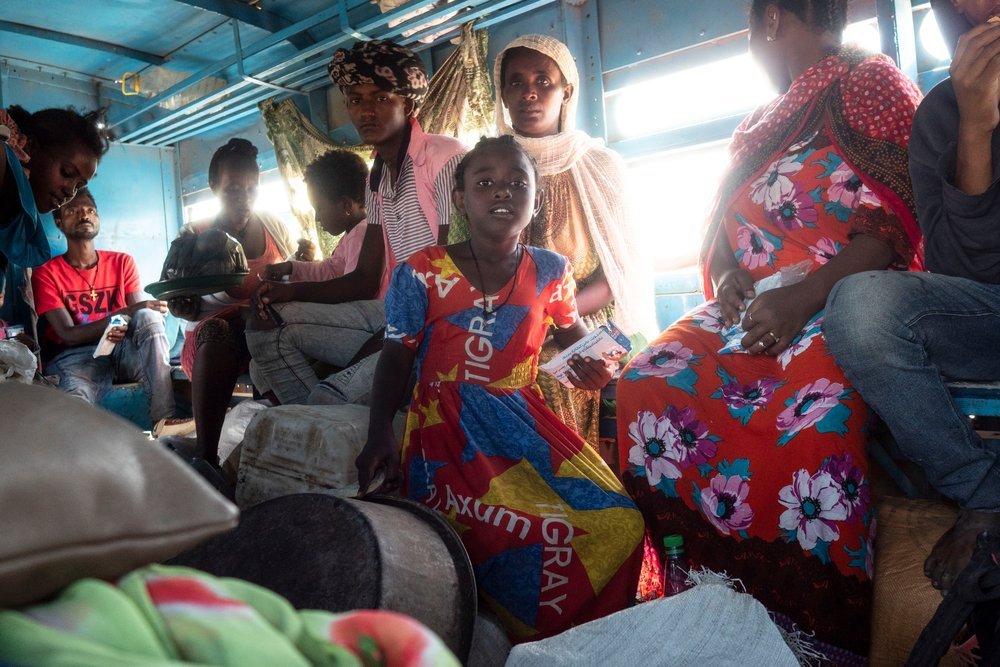 Around 52,000 refugees have arrived in Sudan so far, through Hamdayet in Kassala state and Village No 8 in Gedaref state, on the Sudanese Ethiopian border, before being relocated to Um Rakuba camp.

In the first weeks, it was difficult to cope with the number of people in terms of services. It wasn’t a good situation for the refugees – there were shortages of water and food; there weren’t enough shelters and hygiene was poor. With not enough latrines, people found themselves obliged to defecate in the open.

Not enough ssential relief items to go around

Gradually things have got better and every day there is some improvement, but people’s living conditions are still challenging. The scale of needs is alarming – they need more shelters, water, food, essential relief items and improved sanitation.

The initial capacity in Um Rakuba camp was for 6,000 people. A new extension to the camp is currently being built, which means there will be capacity for 30,000 people. Around 15,000 people are here right now, so it’s very crowded. Some are staying in shelters built from grass and wood; some are in tents; others are in big tents sheltering multiple families. 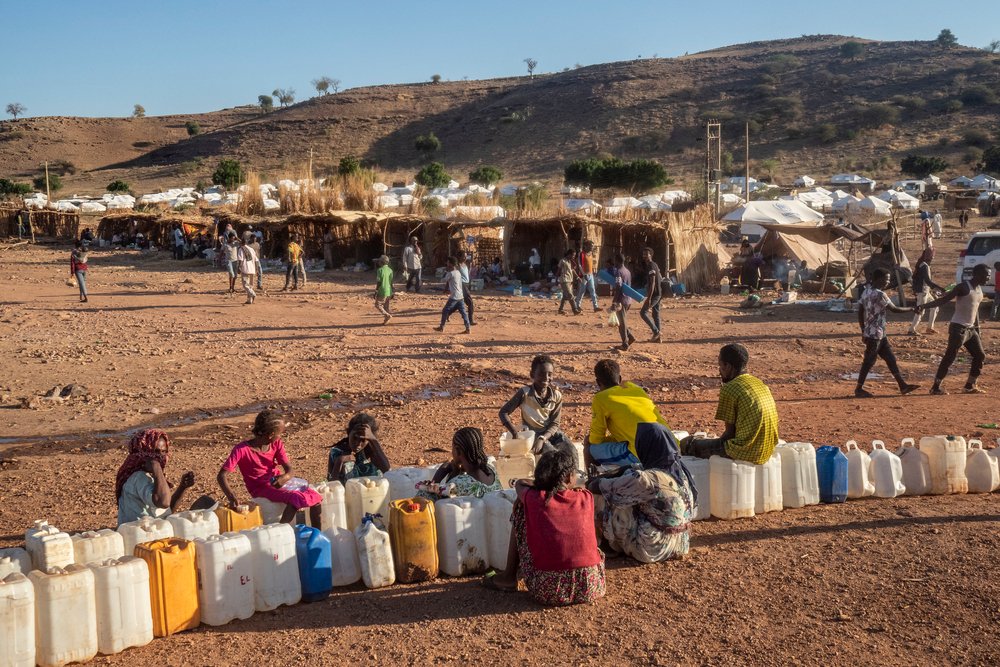 It’s the start of winter, so it’s hot during the day but very cold at night, so the refugees need better protection from the weather.

Water is trucked into the camp and stored in big bladders. Food is distributed by the World Food Programme, either as ready meals or as rations that people can cook for themselves. Some essential relief items have been distributed, but not enough to go around.

In our clinic in the camp, we are doing our best to address people’s health needs. Our medical team provide general healthcare, sexual and reproductive healthcare, antenatal care and safe deliveries. Most of the medical team are refugees themselves. The idea is to cover the whole primary health package – we have nurses, doctors and midwives, as well as about 10 international staff.

Challenging journeys while having critical patients

We also do referrals, transporting pregnant women with complications and critical patients to hospitals in Gedaref or Dokka. This can be a challenge from Village No 8, as the journey to hospital involves crossing a river and the ferry is often broken. Sometimes you have to wait a day for it to be mended, which is very challenging when you have a patient in a life-threatening condition. 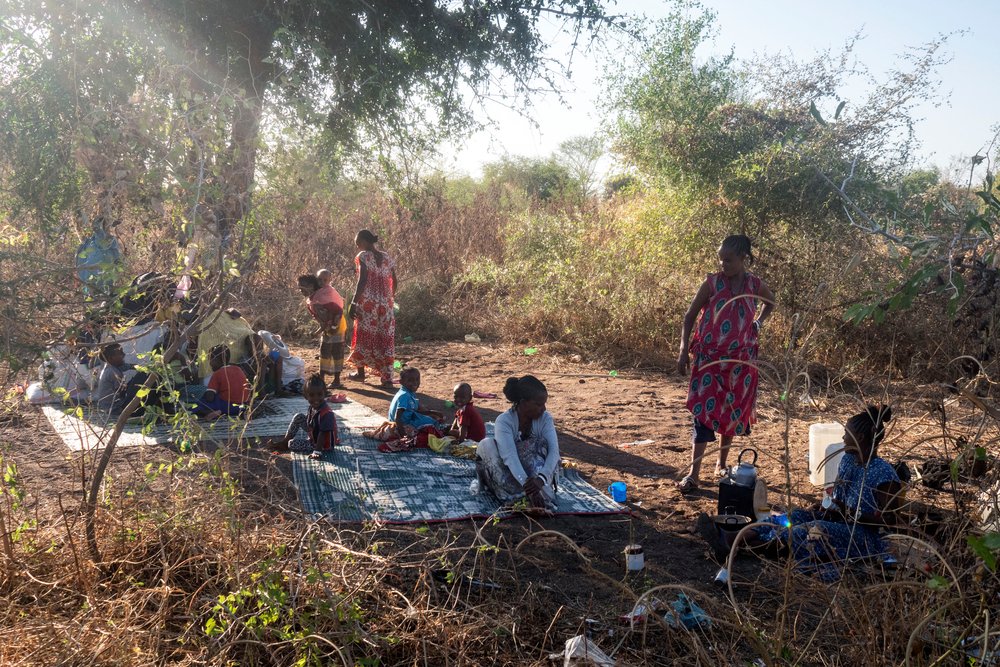 Our teams are providing support with water and sanitation, doing additional water trucking and chlorination and providing big bladders to store it in. They are also constructing latrines and handwashing points throughout the camp to avoid continued open defecation that could create an environmental disaster.

In the coming weeks, the number of people relocated here from Hamdayet is going to be big. Humanitarian organisations need to accelerate their efforts to cope with the refugees and their growing needs. Living conditions are still challenging and services desperately need to increase, otherwise it will be a disaster.”