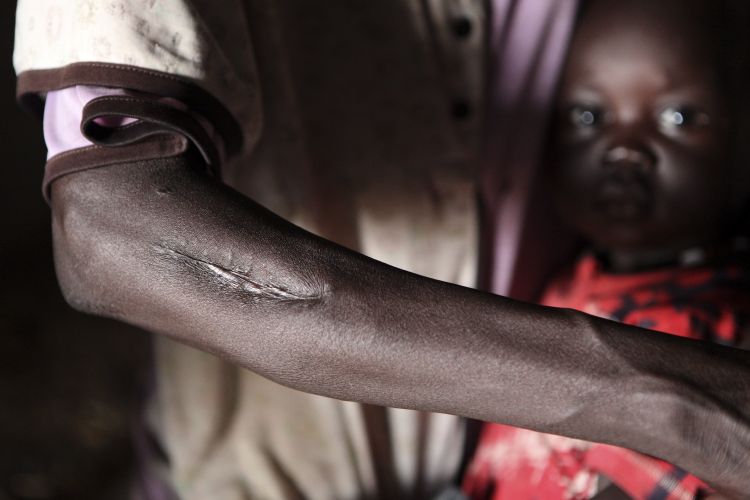 The international medical-humanitarian organisation, Médecins Sans Frontières/Doctors Without Borders (MSF), is currently responding to a large influx of wounded patients, as a result of recent clashes that began on Wednesday 9 February in Upper Nile State, southern Sudan. In collaboration with the International Committee of the Red Cross and the Ministry of Health, an MSF medical team this morning admitted 33 wounded patients to the hospital in Malakal. Six of those patients were in urgent need of surgery. A further 17 patients who have been evacuated mainly from New Fangak and Pamzsherf, where much of the fighting has been concentrated, have just been admitted to the hospital.

“We are mainly seeing patients with gunshot wounds, and many have significant abdominal and limb injuries,” says Tim Baerwaldt, Head of Mission for MSF in southern Sudan. “Among the patients who arrived this morning, we have treated one eleven year-old child and two women.”

Due to the fighting and insecurity, many areas have remained cut off, meaning many people cannot reach medical aid. MSF is currently taking all steps to access all people who have been affected by these latest clashes. “MSF is extremely concerned for the wounded people who may not have received assistance,” said Tim. “It is imperative that immediate access to urgent life-saving medical care is granted by the relevant authorities to both civilians and all parties to the conflict.”

To reinforce the medical team already present in Malakal, MSF has sent a surgeon and an anaesthetist. Medical and surgical supplies from Lokichokkio in neighbouring Kenya have also just been flown into Malakal. MSF is providing surgical and post-operative care in collaboration with the International Committee of the Red Cross and the Ministry of Health. MSF teams are currently also responsible for triage and stabilization of the wounded patients.

This latest violence comes just days after fighting broke out in Malakal itself, last Thursday, 3 February. Assisting the Ministry of Health surgical teams, MSF provided pre and post operative care for wounded patients, and helped with triage and stabilisation.  There were 23 inpatients admitted to the hospital with trauma injuries between Thursday 3 February and Sunday 6 February, some critically injured and requiring surgical intervention. A further six wounded patients from clashes in Melut were admitted to the hospital in Malakal on 7 February.