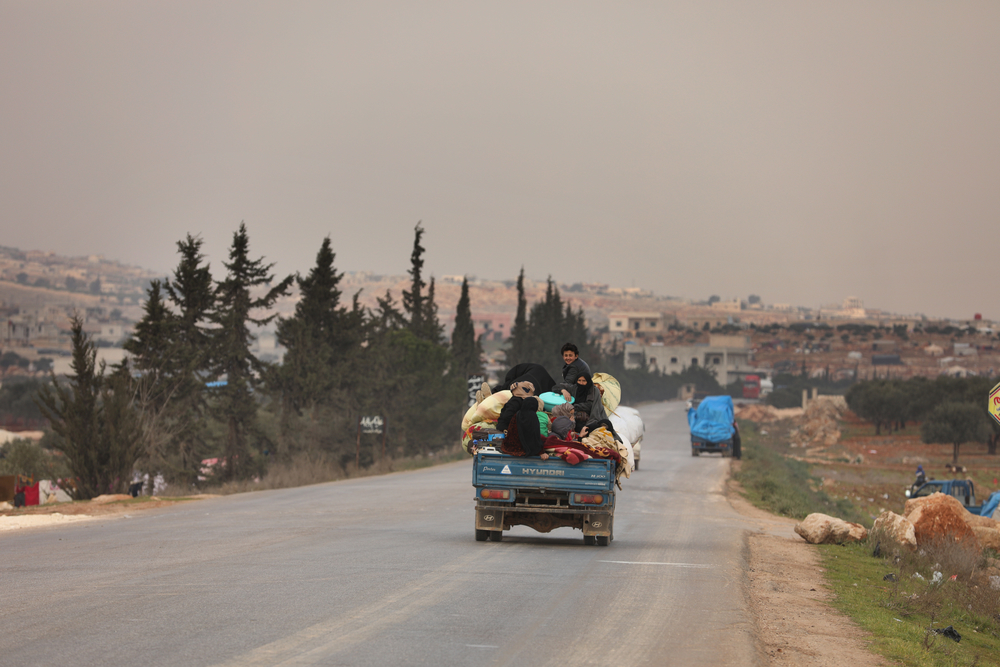 Syria: Airstrikes and fighting in Idlib: What are the consequences for the population?

Recent airstrikes and fighting in Northern Syria has intensified. On Monday 29 January, Owdai hospital in Saraqab City, Syria, was damaged by two airstrikes which destroyed part of the hospital according to the hospital manager, who contacted Médecins Sans Frontières (MSF). Hassan Boucenine, head of operations for Médecins Sans Frontières (MSF) in northern Syria, tells us what has been happening.

Airstrikes and fighting in Idlib: What are the consequences for the population?

Since December, the fighting and airstrikes in the north of Syria have intensified. This has resulted in one of the biggest population displacements seen since the beginning of the conflict. This violence, concentrated in the south of Idlib and Aleppo governorates and in the north of Hama governorate, is further worsening conditions for people already severely traumatised by seven years of war. Hassan Boucenine, head of operations for Médecins Sans Frontières (MSF) in northern Syria, tells us what has been happening.

Hassan, what can you tell us about recent events in Idlib governorate

“The Syrian authorities and their allies have launched an offensive on south and east Idlib province. One of their objectives was to take Abu al-Duhur military base. According to the United Nations, the fighting and airstrikes have forcibly displaced tens of thousands of people."

MSF works in some of the places worst affected by the airstrikes. Medical personnel we’re in contact with in other areas have told us of places that have endured weeks of relentless and extremely fierce bombing. They say some have been totally destroyed and reduced to rubble. Yet again, medical facilities are paying an extremely heavy price – like the hospital MSF supports in Saraqib, hit in an airstrike on 29 January.

Idlib was already severely overcrowded because so many people had already been displaced. There’s almost nowhere left for them to stay and it’s winter so the rain never stops. Conditions are extremely challenging and despite the considerable efforts of several humanitarian organisations, the displaced are struggling to get basic necessities like fuel and blankets. 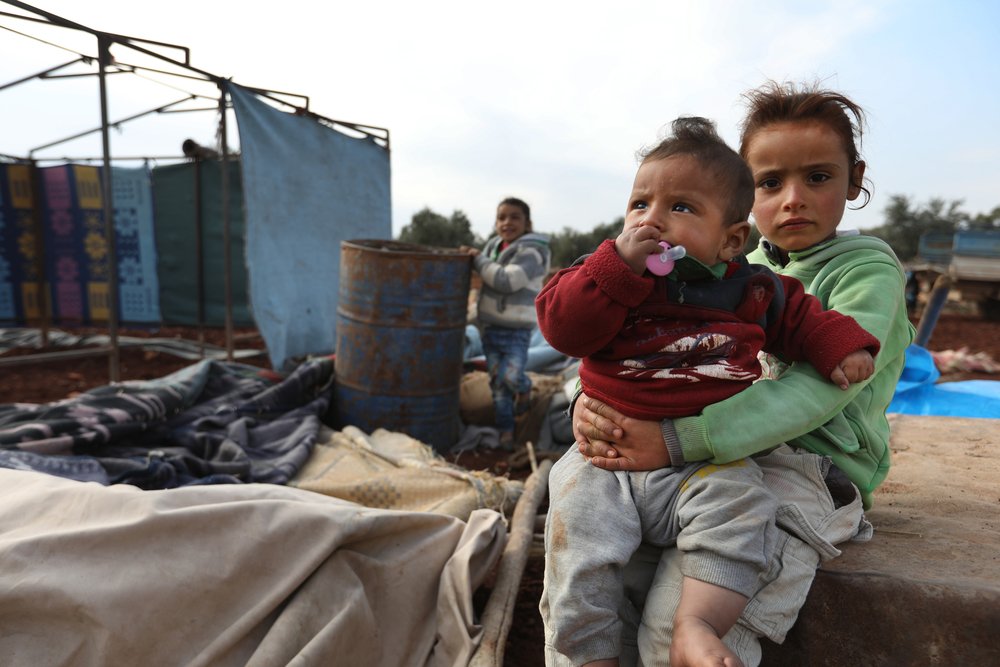 Omar Haj Kadour/MSF
These Syrian children have just arrived at their new home, a makeshift tent that is not yet completed but will house their family indefinitely.

The situation is tough but not totally desperate for people in towns with health centres and tents (in areas not prone to flooding). But for those in more remote areas of this rural province, a long way from health centres, it’s dire.

How do you see the situation evolving?

“Even if in the past few days the fighting in south Idlib has seemed a little less intense, the airstrikes haven’t stopped. Depending on what happens with the fighting, we might see even more displaced people arriving. The situation in Afrin district makes us think there may be more population displacements. We’re getting ready to assist neighbouring hospitals in case of a sudden influx of casualties and we’re going to prepare our emergency room and inpatient department to relieve the pressure on local surgical hospitals. But it’s very hard for medical organisations in Idlib to imagine having to deal with yet another influx of displaced people. It would pose a serious problem in terms of medical capacity.”

Boucenine continues, "You have to understand what these people are contending with. The camps are severely overcrowded and so are the towns. The cost of rent is going up, and food and fuel prices are rising too. As if that wasn’t enough, most of the roads are cut off.”

What is MSF doing in the area?

“We immediately sent teams to the remotest areas, and to those furthest away from health centres to see how the displaced people are coping – the situation is dire. They’re in makeshift camps, miles away from anything. We’ve been running a mobile clinic, donating medicines to clinics that are seeing huge increases in patient numbers, and distributing winter-survival and hygiene kits. We’re preparing another big distribution of blankets to families, most of whom haven’t received any help.

We think it’s absolutely vital, given the cold, how difficult it is to get here and the price of heating fuel. At the very least, these people have been displaced twice in recent years. Some have said as many as four. Bit by bit, these families have lost everything; some only have their tears left. Right now, we’re focusing on primary healthcare, organising a distribution of blankets for 1,000 or so isolated families, referring the sick when necessary and organising vaccinations. Many of the families come from places that had already seen heavy fighting, with erratic access to vaccination.”

OUR WORK IN SYriA>