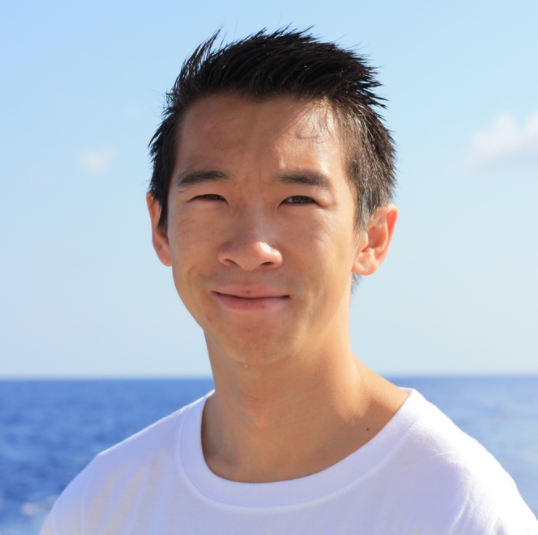 Syria: The cruel legacy of conflict

One cold January morning, a young Syrian man is rushed into an MSF stabilisation unit in Raqqa city, northeast Syria, in a critical condition.

Half of his foot has been blown off and the bones in his lower leg are broken and sticking out.

He’s still conscious, in shock and has lost a lot of blood. The team’s response is immediate. We rush into action, tourniqueting and splinting his leg, administering painkillers and tranexamic acid to slow down the flow of blood.

Hear more from Michael on Everyday Emergency, the MSF podcast

He is panicking, repeating the question; “Am I going to lose my leg?” over and over again. We are doing everything we can to stabilise him and save his life.The jeans he is wearing have burnt onto his skin and I am picking bits of material from his wounds. 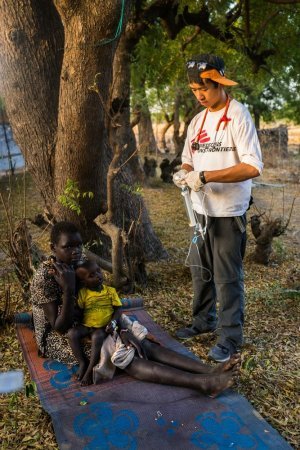 Michael on a previous MSF assignment in Leer, South Sudan.

Ahmed* has only just returned home to Raqqa with his family, after fleeing when the Islamic State group took hold of the city back in 2014.

He had been cleaning up his home when an improvised explosive device (IED) detonated, causing catastrophic injuries.

Ahmed is just 15 years old and he is probably going to lose his leg.

This story is not uncommon here in Syria, where I’ve been working as a nurse with MSF for the past few weeks. Raqqa is littered with improvised explosive devices (IEDs) and unexploded devices, a particularly cruel legacy in areas out of conflict.

"In just one week in January we saw 33 blast injuries as a result of mines and IEDs. Mostly it’s MSF’s incredible Syrian staff who are treating these patients and saving lives."
Michael ShekMSF Nurse

People are beginning to return to their homes, but it is incredibly dangerous. Rubble covers most of the city and there are still hundreds of thousands of explosives.

When people come back to their houses, they have no idea what is around the corner. There could be explosives rigged up to their kitchens, under their beds, or in the light switches in the walls. 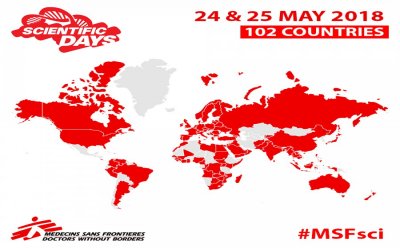 That’s such a scary thing to think about. I can’t even comprehend how people are coming back and trying to restart their lives. Even some children’s books are rigged with explosives.

When I first arrived, we were seeing about 400 people every day in our outpatient department. MSF has the only medical facility in the city treating things like diarrhoea, coughs, colds and non-communicable diseases.

Most of our patients haven’t had access to medical care for months, sometimes years, so in some cases these chronic conditions become life-threatening.

But we are primarily a trauma stabilisation point. We treat anybody injured in a mine explosion, car crash or everyday accidents like house fires.

The facility operates much like A&E departments I work in here in the UK, just a little bit more basic. We don’t have fancy machines that can rapidly infuse blood, or warm up fluids.

When people are admitted with trauma injuries – be it a severe abdominal trauma, or bleeding out from a blown-off leg – they haemorrhage and lose a lot of blood. And when people lose a lot of blood their body temperature plummets. This is why fluids need to be warmed up before they are pumped through the body.

"Every little thing the team is doing here is saving lives. From the meticulously rehearsed mass casualty plan, to the supplies of painkillers, antibiotics and blood."
Michael ShekMSF Nurse

We have to improvise. We fill metal bowls with water and place them on top of the diesel heaters used to keep the rooms warm.

Then, once the water has heated up, we place the bags of blood and fluid in the water to raise the temperature. It sounds simple, but it’s incredibly important.

In just one week in January we saw 33 blast injuries as a result of mines and IEDs. Mostly it’s MSF’s incredible Syrian staff who are treating these patients and saving lives.

These are people who have also lived through the air raids, bombing and sniper attacks. Their mental fortitude is phenomenal.

Ahmed is calmer now. The painkillers we administered earlier are taking effect. He’s also been pumped with a unit of blood. We’ve done our job and he’s stable enough to be sent by ambulance to MSF’s supported hospital in Tal Abyad, a two-hour drive away. 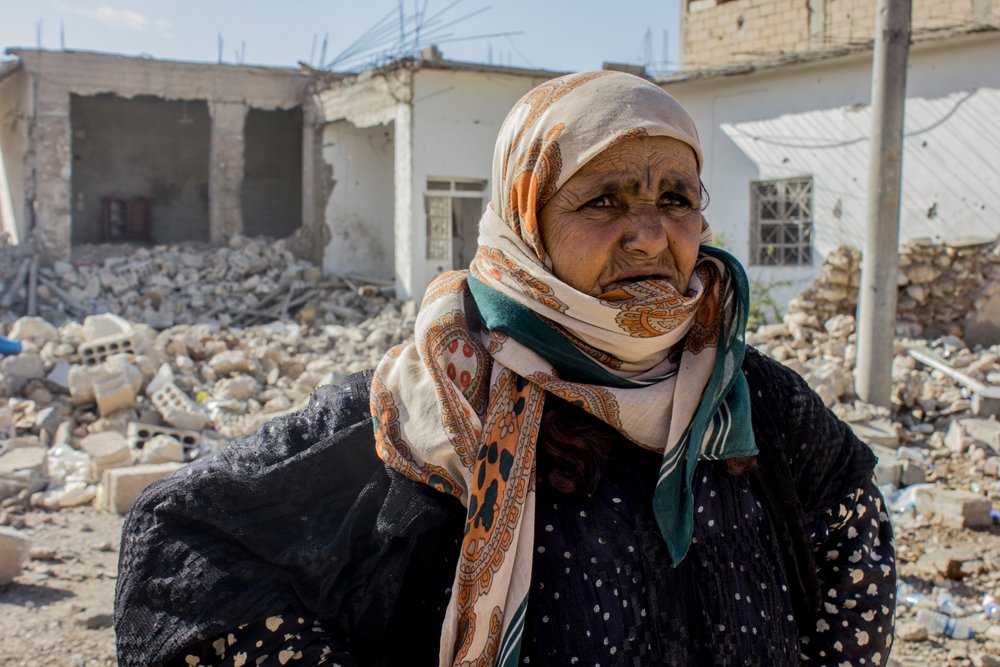 Diala Ghassan/MSF
Amneh from al-Mishlab, in the east of Raqqa city, surveys the damage upon returning home.

This facility is one of the few places in the region providing complex and life-saving surgical care. I even dare to hope the team of surgeons might be able to save Ahmed’s leg, too.

Barely hours after Ahmed leaves us, another group of injured comes through the door. More painkillers, more fluids, more antibiotics, and more blood.

Until the city has been completely de-mined, these patients will continue to pour into our small facility. It is incredibly hard to watch. Imagine, a whole community with life-long, debilitating injuries.

But there is hope. Every little thing the team is doing here is saving lives. From the meticulously rehearsed mass casualty plan, to the supplies of painkillers, antibiotics and blood.

All the things I take for granted when I’m working in the UK. These little pieces of the puzzle are what’s going to save lives. And without the support of our donors, we could not continue this vital work.